Why You Should Be Worried About The Chemicals In Your Cereal

If you're cuckoo for Cocoa Puffs or think Lucky Charms are magically delicious, you're in for a wake-up call.

We put your favorite bowls of cereal under the microscope — and what we found wasn't grrreat. Breakfast of champions? Maybe not.

We know old habits die hard, but it might be time to reconsider that bowl of cereal you're pouring every morning. And we aren't just talking about the sugary brands from your childhood. Even the brands that advertise natural, healthy products are still slipping harmful chemicals onto their ingredients lists. You'd be so much better off trying out these 15 Healthy Breakfast Ideas in the a.m. instead.

Humans don't have forestomachs, but when a study published in the Japanese Journal of Cancer Research associates BHT with rat cancer in that area, we worry all the same. General Mills used to include this antioxidant in their cereals until attention was drawn to the fact that they sold BHT-less product in other countries. In 2015, they removed BHT in America as well, but it's still used in Kellogg's cereal… as well as in jet fuel and embalming fluid. No wonder BHT made it onto our list of 23 Worst Food Additives In America.

The label on a box of Froot Loops or Cocoa Krispies may boast zero grams of trans fat, but don't let Kellogg's pull a fast one on you. These cereals are made with hydrogenated oils and adding this ingredient adds trans fat to your body, which could show up in the form of inflammation and high cholesterol.

Don't be fooled by ads for cereals claiming to be natural; in addition to glyphosate, other pesticides have been found in this popular breakfast. The Cornucopia Institute's report showed that even natural brands can contain organophosphate pesticides. According to a study in Pediatrics, children with higher levels of this in their urine are more likely to meet ADHD diagnostic criteria. When Generations Future tested 15 non-organic cereal boxes, they turned up pesticides as well, so if you haven't gone organic yet, there's no time like the present.

Reduced sugar cereals might sound enticing, but there's nothing sweet about the artificial ingredients used to replace the natural sugar. Kellogg's, for example, uses sucralose in their boxes of Special K Protein. This sweetener has been associated with leukemia and related blood cancers in male mice, according to research by the Ramazzini Institute, and a study in the Yale Journal of Biology and Medicine also showed that it can drive you to eat more. 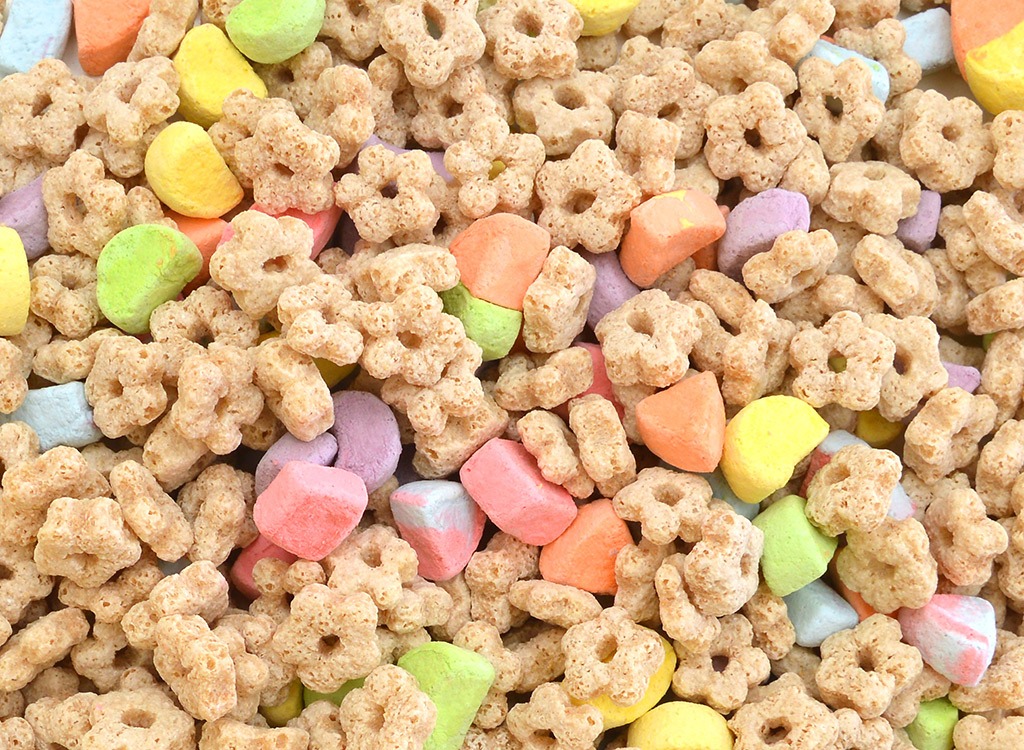 It might be fun to pour a bowl of colorful cereal for your kid, but news flash! That's not natural, and the food dyes used in cereals like Lucky Charms and Crunch Berries can have really negative effects on your health. All synthetic dyes, for example, can contain harmful contaminants like arsenic, lead, and mercury. A study in The Lancet linked blue dyes specifically to hyperactivity in children and a group of studies reviewed by the Center for Science in the Public Interest linked it to brain cancer in male rats. And as for anyone with aspirin intolerances or asthma, you're much more likely to have allergies or sensitivities to yellow die, according to a study in the Journal of Allergy and Clinical Immunology. So if you see any of these on an ingredients list, it's safe to say that box probably made it onto our list of The Unhealthiest Cereals On The Planet.