Cooking Hacks That Make Your Weight Loss Foods Even Healthier

A thick layer of frosting, a dusting of cheese, a swipe of mayo: It's often the extra steps we take in everyday meal prep that make them extra delicious — and extra caloric.

But what about the cooking tricks that make food healthier? Fortunately there are a handful of simple steps you can take in the kitchen that boost foods' health potential to the nth degree — without sacrificing flavor. Here's a roundup of the healthiest cooking hacks you need to know: science-proven secrets that make already good-for-you ingredients even better, and more likely to help you lose weight:

Turning up the heat on red tomatoes has the potential to give the popular fruit added disease-fighting power, research suggests. That's because cooking substantially raises the levels of beneficial compounds called phytochemicals, including lycopene — a carotenoid responsible for the red color in tomatoes and other fruits proven to decrease cancer and heart-disease risk by mopping up disease-causing free radicals.

Maximize the Effect: The longer the cooking the time, the better. A clinical trial conducted by Ohio State University showed that people had 55% more lycopene in their blood after eating a specially processed tomato sauce that underwent and second-round of cooking for 40 minutes than they did after eating regular red tomato sauce. 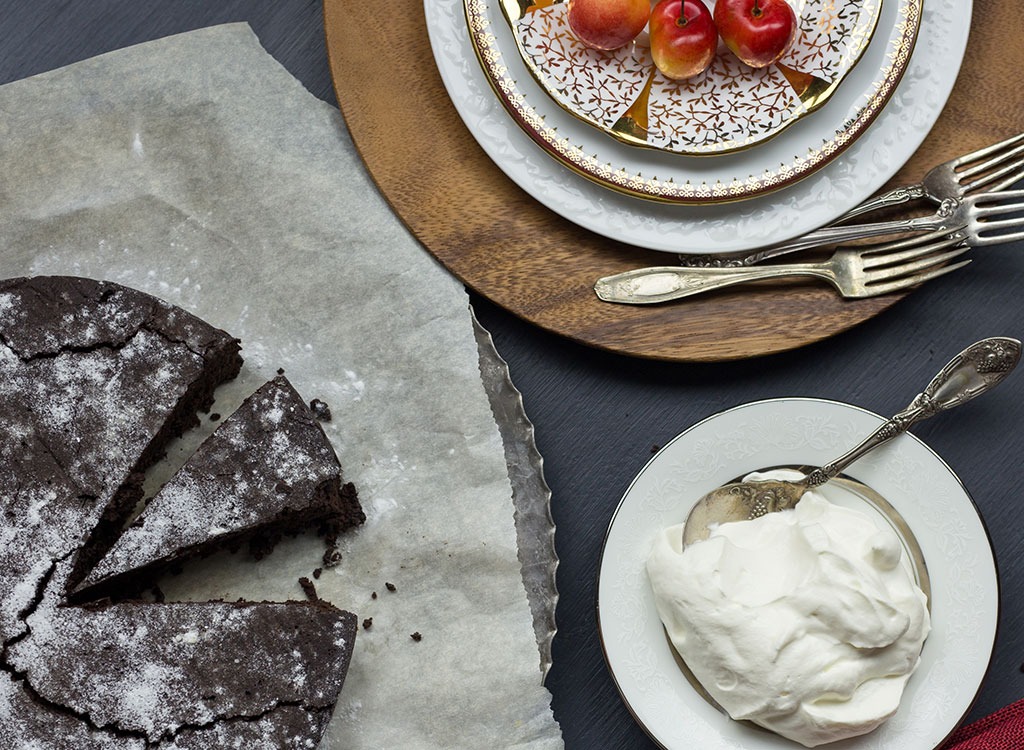 We love a slice of flourless chocolate cake as much as the next guy, but we love a slice of chocolate cake that reduces our risk for heart disease and boosts our brain power even more. And that's what makes this healthy baking hack particularly sweet. A study published in the Journal of Food Science showed that using a combination of baking powder and baking soda could retain over 85% of cocoa's heart-protective flavanols otherwise lost in the baking process. Researchers found a chocolate cake that used baking powder as its sole leavening agent retained full antioxidant capacity; while the use of baking soda in the same cake recipe was associated a significant loss. The caveat: the baking powder cake was super dark and flat.

Maximize the Effect: Partially substitute baking powder for the baking soda. The combo resulted in a lofty, attractive cake that preserved almost all of the health-promoting flavanols and antioxidants.

Bread gets a bad rap as being a source of "empty calories" that spikes your blood sugar and causes your body to store fat. But a study published in the European Journal of Clinical Nutrition found that toasting bread can significantly lower its glycemic index — a measure of how your blood sugar rises in response to a certain food, with foods lower on the glycemic index being less likely to cause spikes associated with weight gain.

Maximize the Effect: If you first freeze white bread and then toast it, the amount of glucose that your blood absorbs after eating it is half the amount you absorb from fresh white bread. The researchers suspect that the starch molecules in the bread take on a different structure as a result of freezing, defrosting and toasting, which means your body has to work harder to break down the sugar. 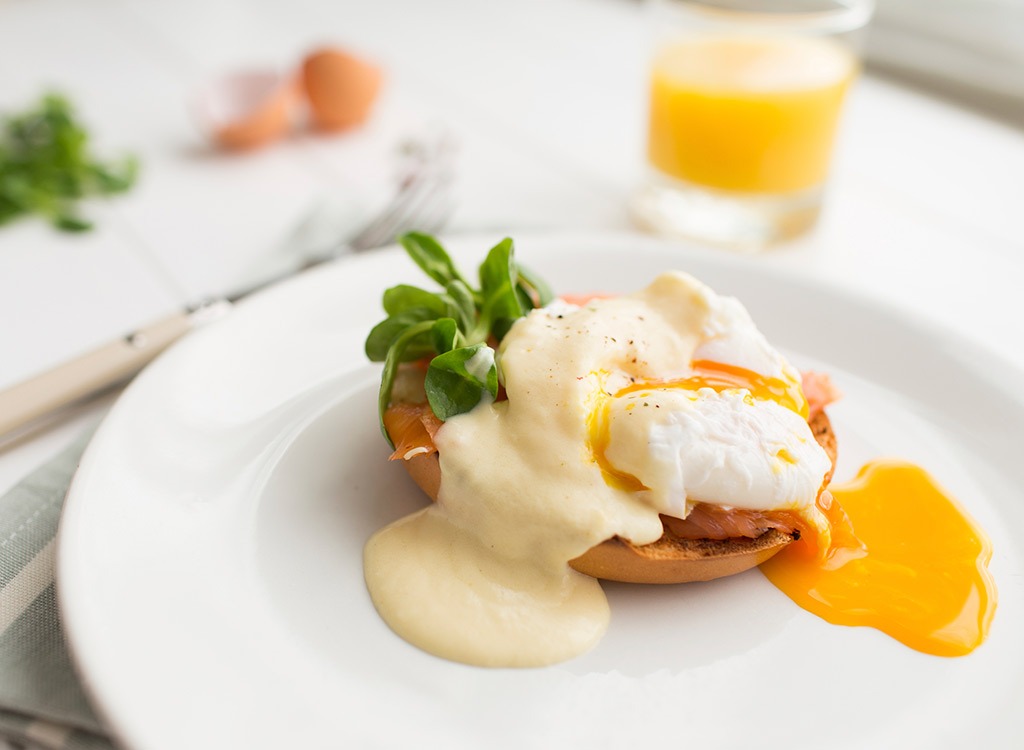 What's the healthiest part of the egg: the white or the yolk? We say both — and nutritionists agree. Because while the fat-free egg white contains most of the egg's satiating protein, it's the creamy yolk that contains all the essential fatty acids, disease-fighting nutrients and fat-soluble vitamins— including choline, a B-vitamin that helps prevent the accumulation of belly fat. Research shows maximizing the health value of an egg may come down to the cooking method:

Maximize the Effect: While studies suggest cooked egg-white protein is more easily digested, other research has found a raw or runny yolk contains up to 50% more nutrients than a cooked yolk that's been hard-boiled. The solution: poaching — a fat-free cooking method that involves cracking an egg into simmering water.

Great news for carb-loving weight watchers: There's an easy, natural way to make rice less caloric; and, oddly enough, it involves adding fat. After numerous rounds of testing different rice varieties and cooking methods, researchers from the College of Chemical Sciences in Sri Lanka found the best way to cook rice. Their calorie hack works on two levels: Cooling the hot rice changes the nature of starch into a form that resists being broken down, and the added fat acts as a barrier against rapid digestion.

Maximize the Effect: Boil a pot of water and drop a teaspoon of coconut oil. Add half a cup of non-fortified white rice and cook it for about 40 minutes. After cooking, stick it in the fridge for 12 hours. Rice cooked this way had at least 10 times the resistant starch and 10-15% fewer calories than normally prepared rice; and researchers think that with certain kinds of rice, the method could cut calories by 50-60%. The best news: the low-carb hack is safe for leftovers, as reheating the rice didn't affect the resistant starch levels.

Second only to strawberries in terms of the Americans' fruit preferences, blueberries pack a powerful antioxidant punch, and freezing the disease-fighting berries can make them even healthier, according to a South Dakota State University researcher. That's because anthocyanins, the health-boosting antioxidants that also give the berries their brilliant blue hue, are mostly found in the skin. Researchers say the ice crystals that form during freezing changes the plant tissue and makes them more available. Cooking blueberries has the opposite effect, according to a study published in Journal of Agricultural and Food Chemistry that showed anthocyanin levels dropped by 10 to 21 percent after baking.

Maximize the Effect: Buy your berries frozen to reap the benefits even if you want to break them open as soon as you get home. Frozen varieties not only ensure you won't have to wait for your berries to fully freeze, but they're also (usually) cheaper than their fresh counterparts.

If cancer is a giant, complex circuit board, broccoli is like the big red OFF switch. Researchers attribute the anti-cancer properties primarily to sulforaphane, a powerful compound that works on a genetic level to effectively "switch off" cancer genes; but triggering its release is tricky, and the wrong cooking method can render the antioxidant ineffective. Thankfully, researchers have figured out exactly how to maximize the cancer-fighting power of broccoli. It involves heating the florets just enough to eliminate a sulfur-grabbing protein that inactivates the vegetable's cancer-fighting properties, but not enough to stop the plant from releasing the powerful anti-carcinogenic compound.

Maximize the Effect: According to the study, the best way to prepare broccoli is to steam it lightly in the microwave or over a bain marie about 3 or 4 minutes—until the broccoli is tough-tender. Other research shows pairing gently steamed broccoli with a spicy food like mustard, which contains an enzyme called myrosinase, can further boost the body's absorption of sulforaphane. 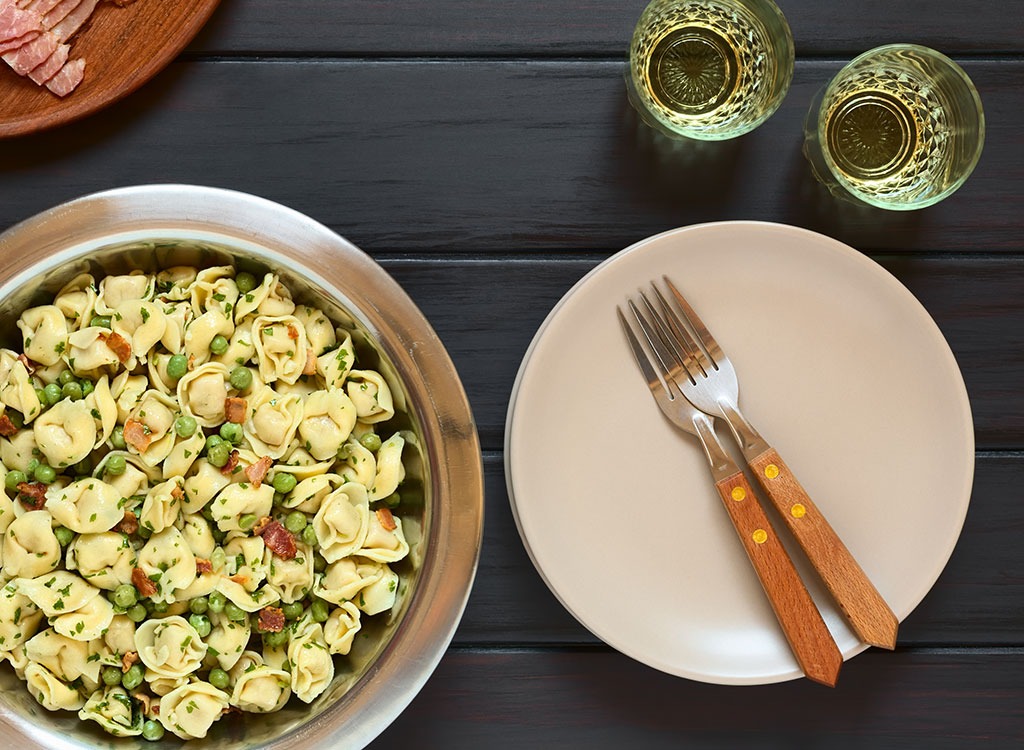 Strange but true: You can gain less weight from a serving of pasta simply by putting it in the fridge. The drop in temperature changes the nature of the noodles into something called "resistant starch" proven to slow digestion and promote fat burning. Cold pasta is closer in structure to natural resistant starches like lentils, peas, beans, and oatmeal, which pass through the small intestine intact, keeping you fuller, longer. Research suggests that including resistant starch (brown beans) with an evening meal can increase feelings of satiety by more than 50 percent, and also promote fat burning. Suffice it say, colder noodles = hotter you.

Maximize the Effect: Most studies that have tested at the effect of resistant starch on blood sugar include pasta that's been chilled overnight. One experiment on the BBC show Trust me I'm a Doctor, conducted under supervision of Dr. Denise Robertson, a senior nutrition scientist from the University of Surrey, found leftovers could be even healthier than an original pasta meal. Volunteers underwent three days of testing, during which they ate hot, freshly cooked pasta with sauce, the same pasta and sauce cold (after it had been chilled overnight) and a reheated bowl of the once-cooled pasta and sauce, and their reactionary changes in blood glucose levels were tested after each. Surprisingly, it was the reheated leftovers that proved healthiest. In fact, it reduced the spike in blood glucose by 50%!6254a4d1642c605c54bf1cab17d50f1e

Tea is the closest thing we currently have to magic weight loss elixir. Rich in health-promoting compounds called catechins, regularly sipping the beverage can fry stubborn belly fat and even fight off disease. But if you want to reap the better-body benefits, zap your cuppa in the microwave.

Maximize the Effect: After carrying out a series of preparation scenarios in a lab, researchers found that heating a brewed cup of tea in the microwave for one minute before enjoying could increase its catechin availability by nearly 20 percent. It also slightly boosted the caffeine content! Researchers warn the extra brew time may give tea a slightly more bitter taste and suggest fruit-infused green tea varieties that help mask the taste.

FOR HUNDREDS MORE WEIGHT-LOSS IDEAS, click here for our new book Eat This, Not That! 1,247 Awesome Slimming Swaps. Order now to get your FREE GIFT!