7 Classic Desserts Costco Customers Are Desperate to Have Back

The chocolate soft serve lives on in our hearts.

The treasure-hunt feeling is one of the most fun aspects of shopping at Costco. You never know what bargains are in store, and the selection can vary drastically every time you visit the warehouse club. But it's a double-edged sword: When you find something you like, it could disappear for good.

That's why we decided to look back on some of the discontinued Costco desserts from the store's food court, as well as a few packaged treats that are disappearing from store shelves. Fair warning: This list might make you hungry.

And the next time you're shopping at Costco, don't miss these 30 Cheap Costco Buys That Make the Membership Worth It.

When Costco added the acai bowl to the menu, the chocolate soft serve was eliminated to make way for the new item. You can still get a vanilla ice cream sundae at the warehouse chain, but it's not the same.

Several Eat This, Not That! readers have shared with us that sheet cakes are still available at their local Costco stores. But officially, Costco hasn't brought back sheet cakes, so don't expect to walk into your local store and find one.

"Currently we are not selling our 1/2 Sheet Cakes at any U.S. locations, and as of right now, we have no immediate plans to bring [them] back," Costco previously said in a statement provided to Eat This, Not That! If you're lucky enough to get your hands on one, treasure it!

Yes, the chocolate soft serve vanished to make way for the acai bowl. Unfortunately, during the pandemic, the acai bowl has also vanished from many U.S. Costco locations. When we visited a Costco in New York over the weekend, the only frozen treats available were the mocha freeze, the vanilla ice cream cup, and the ice cream sundae, made with vanilla ice cream and either strawberry or chocolate topping. Hopefully, the acai bowl (and the combo pizza slice) will be back on the menu soon. 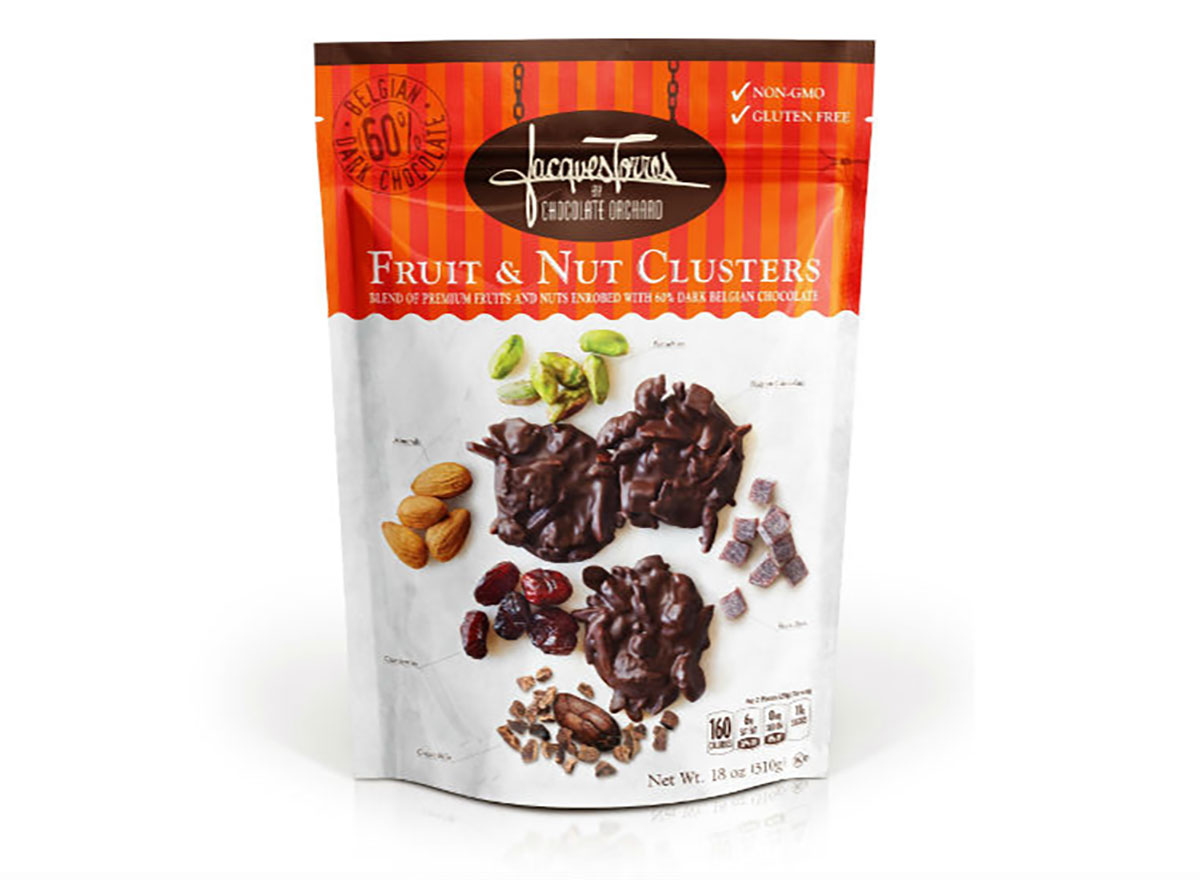 If you see these at your local Costco, you'll want to stock up ASAP. We saw them in a New York Costco over the weekend, but there was an asterisk on the price tag, which normally indicates those are the last Costco has in stock of that item. If these aren't at your local Costco, we don't blame you for missing them—Jacques Torres' chocolate products are some of the best around. 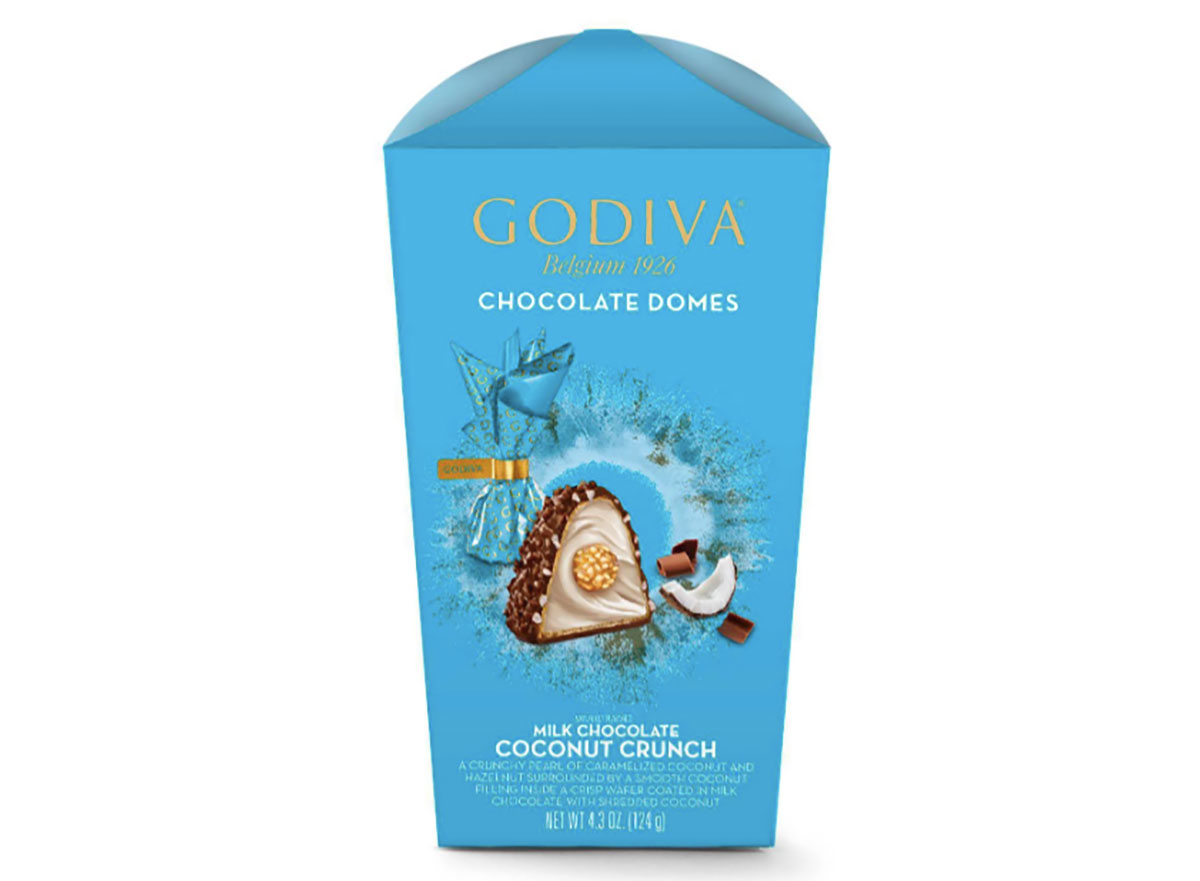 Costco's aisles usually include a Lindt or Godiva option of some sort. But these coconut treats are another delicacy—and another item we saw with an asterisk on the price tag. At just $4.97 a package, they're a steal, especially if they're soon to be gone for good. 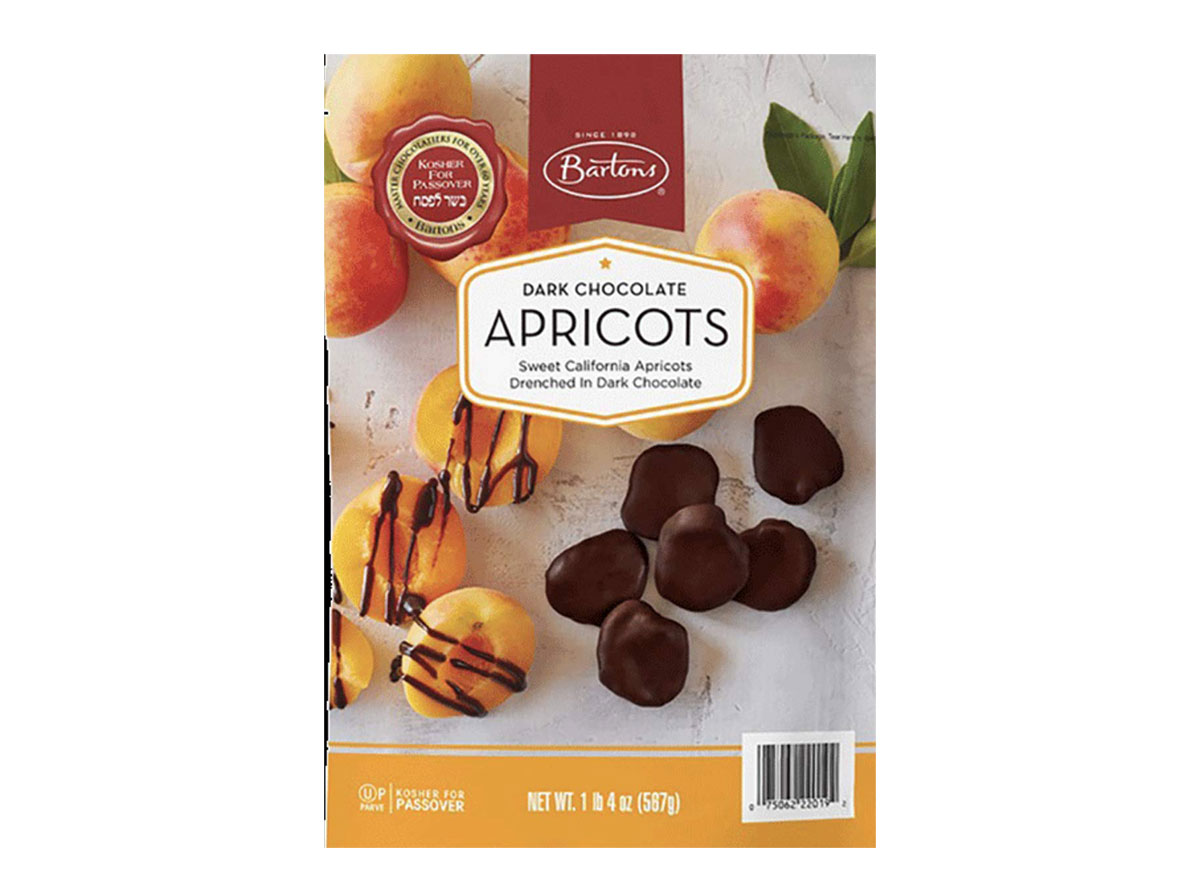 One last treat we saw with a price tag asterisk at Costco is this bag of dark chocolate-covered apricots. If you missed them, though, don't worry—Costco has plenty of other dried fruits to offer.

And if you love the warehouse club, don't miss these 17 Secrets You Never Knew About Costco.

Meghan De Maria
Meghan De Maria is a senior editor at Eat This, Not That!, specializing in food, product, and restaurant coverage. Read more about Meghan
Filed Under
Costco // Dessert // Groceries // Grocery Stores