Each culture has their own take on how to enjoy dumplings, which are one of the trendiest foods right now. But regardless of which type you prefer, the rules below apply to all of them if you don't want a squishy belly.

You've probably associated the word dumpling to the classic Chinese potsticker, but have you ever considered ravioli to be a dumpling? Essentially, it is the same concept because both are little dough pockets that enclose a variety of fillings. And while dumplings have a cool history (Google Zhang Zhongjian to learn the legend), dumplings are also one of biggest food trends in restaurants and home kitchens across the globe. And once you start craving dumplings, it can be hard to not indulge on every occasion you get the chance! But since some are more threatening to your waistline than others, you'll want to take note of the advice below and remember it whether you're placing and order or making your own. Check 'em out and then keep the smart swaps going by discovering the 23 Best & Worst Items in the Asian Foods Aisle! 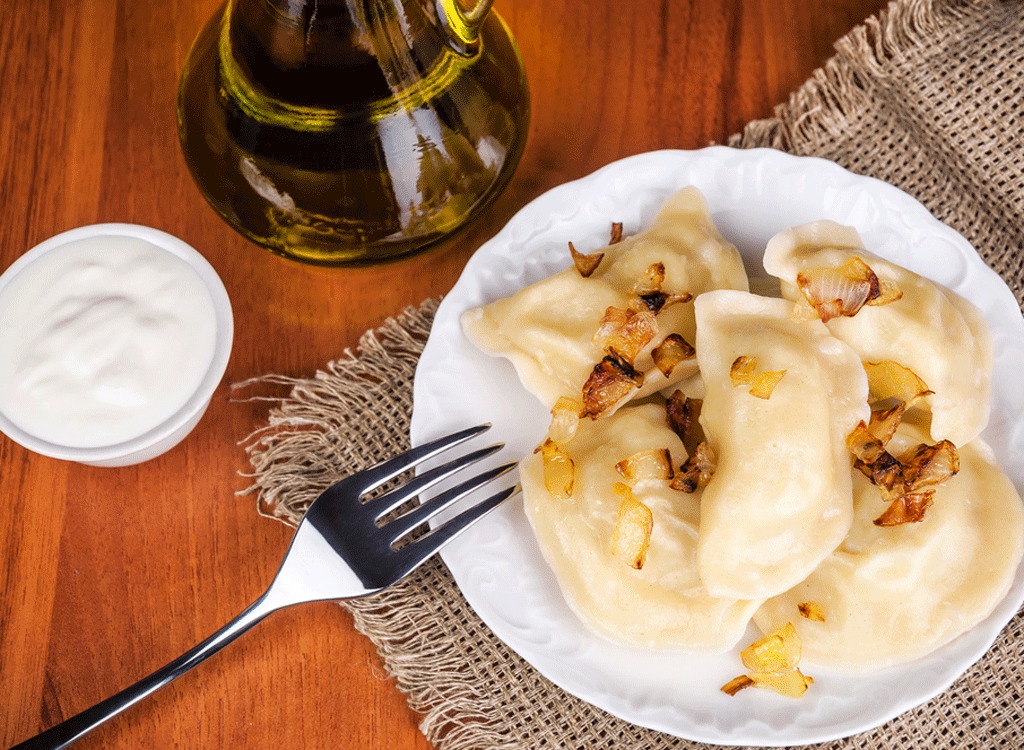 Forget the deep fryer; the only thing you should submerge your lil dumplings in is water. Just fill the pot to about two-thirds full, boil, plop about 4-5 dumplings in, and wait until they float. Before retrieving them from their hot tub-like experience, give them an extra two to three minutes for good measure. Viola! Your dumplings are fully cooked and without a trace of a fried outer shell.

Make Sure the Beef is Lean

Did you know that the several of the 29 Best-Ever Proteins for Weight Loss are lean meats? While this isn't breaking news, it is a friendly reminder to opt for meats that are not coated in fat. Just remember this: The less fat the meat has, the less chance saturated fat goes into your body, which puts you at a much lower risk of developing coronary heart disease. Boom!

Again, if you're choosing to go the beef route (which is totally fine), it's wise to select the kind that has the label "Grass-Fed" noticeably slapped across the sign. Why does this matter? The rationale is actually copacetic to #2. Basically, cows that grazed on grass are much leaner and better for you than those that were fed grain. Meat that's marbled or has white fat layered throughout is an indication that the cow was fed grains in mass amounts in order for it to grow and be slaughtered faster.

Add a Dollop of Greens

Speed up metabolism with leafy greens! Bonus: This move will add more colorful to your arguably bland looking dumpling; I mean, come on, no one ever said, "Wow this looks amazing!" to a meal that was solely a sandy, yellowish brown! Jazz up your dumplings with a bed of spinach underneath 'em or plopped on the side for a boost in iron, fiber, and vitamin K.

Take a Bite for a Bite

This is a good rule of thumb for any dish, honestly. A bite of a doughy dumpling yields a bite of vitamin-rich veggie! Essentially, this can be viewed as a 1:1 ratio of vegetable to dumpling, and it will fill you up faster so you don't end up eating a dozen (or more) dumplings in one sitting. This also gives you an excuse to liven up your veggies by making a roast full of fresh tomatoes, potatoes, carrots, beets, and rosemary to go alongside your artful dumpling.

Drizzle on Flavor, Not Sodium 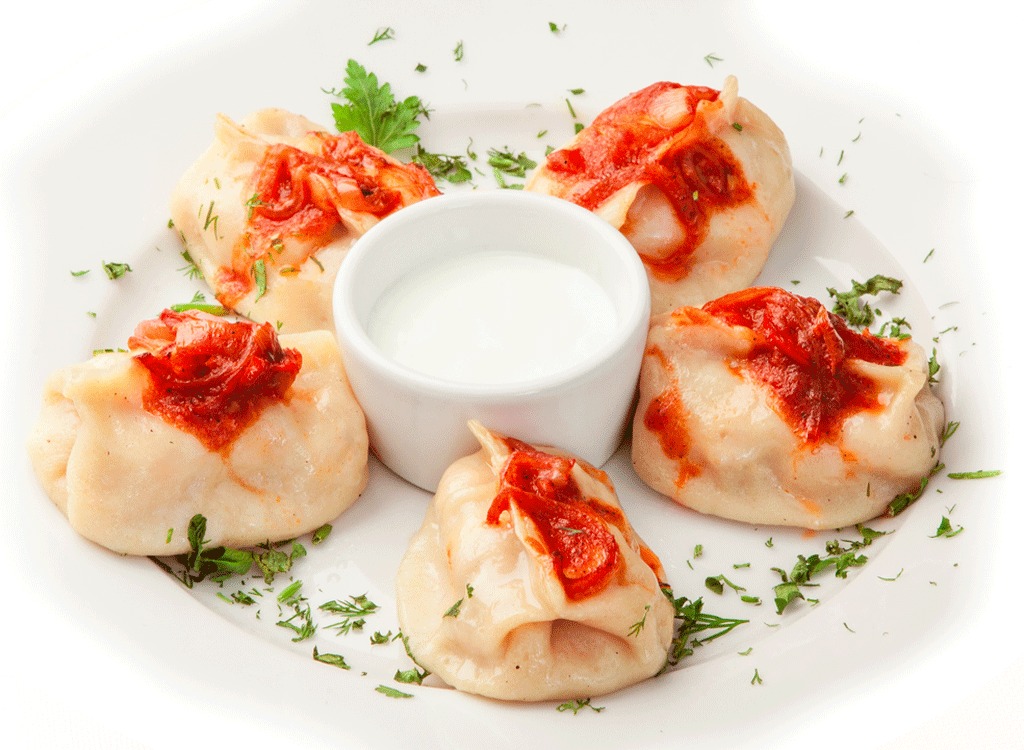 When you're looking for a sauce to douse your already flavorful dumpling in, remember the goal is not to develop hypertension. Opt for sauces that say "Low in sodium." According to the USDA, a low-in-sodium kind of food would be something that has 140 milligrams or less of the stuff. Keep this in mind before you sink your dumplings into a vat of salt and check out these 20 Best-Ever Fat Burning Soups for some other low-sodium lunches and dinners.

Make Your Own Sauce! 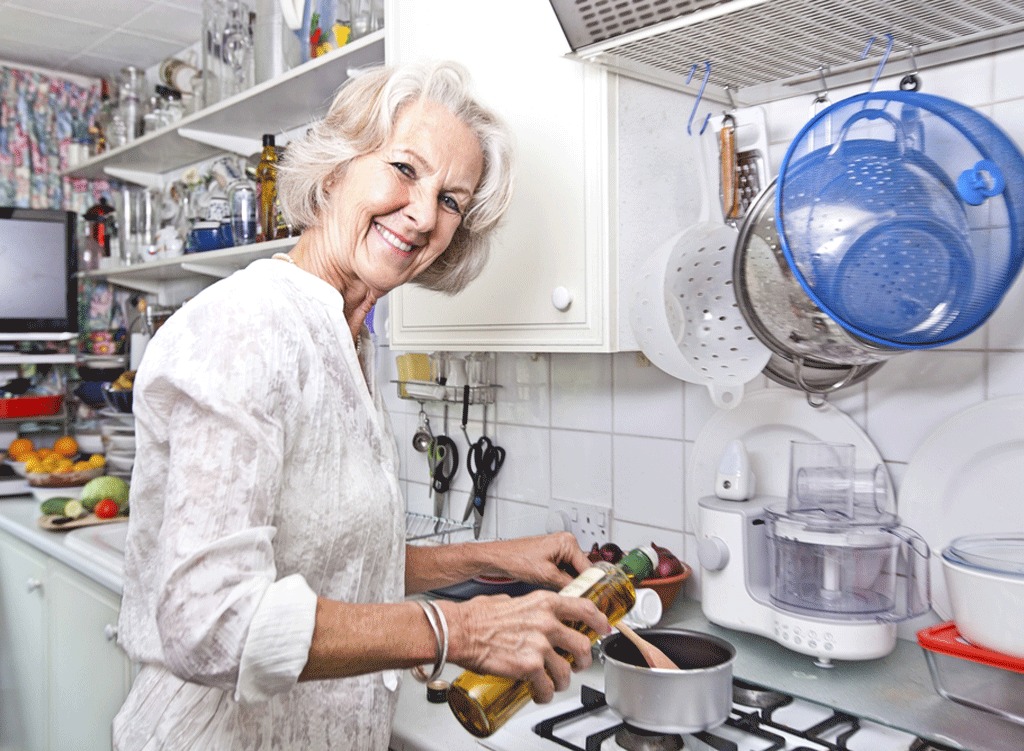 Um, hello, DIY is all the rage these days because it means you know exactly what's going into your body. Check out this sweet black bean dipping sauce with maple syrup for a delicious, five-minute fix! Get the recipe from Serious Eats.

Don't Be Fearful of an "Old Fashioned" Routine 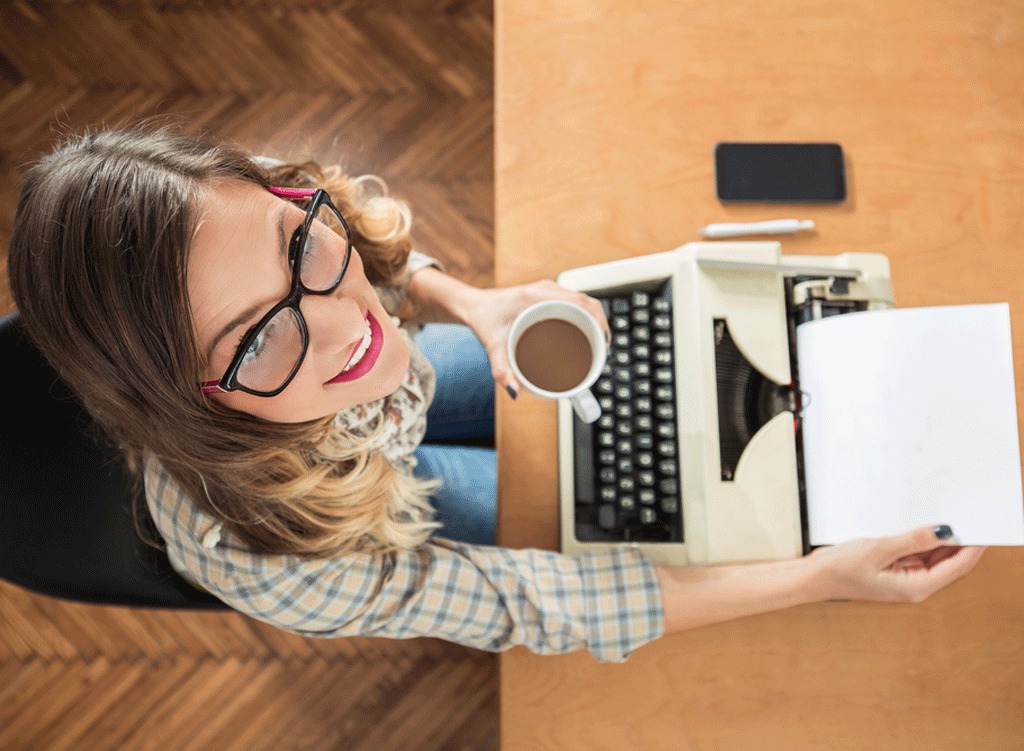 Calling all millennials! It's pretty rad to do something that our parents used to do, like, wear jean jackets and high-waisted pants. So, what about following a recipe that our parents used to make for dumplings? The key here is that it's homemade, which means you're held accountable for what's going into your body. Ask older family members for their favorite recipes; it might be your new signature dish among your friends!

Know That a Frozen Variety Can Be Okay 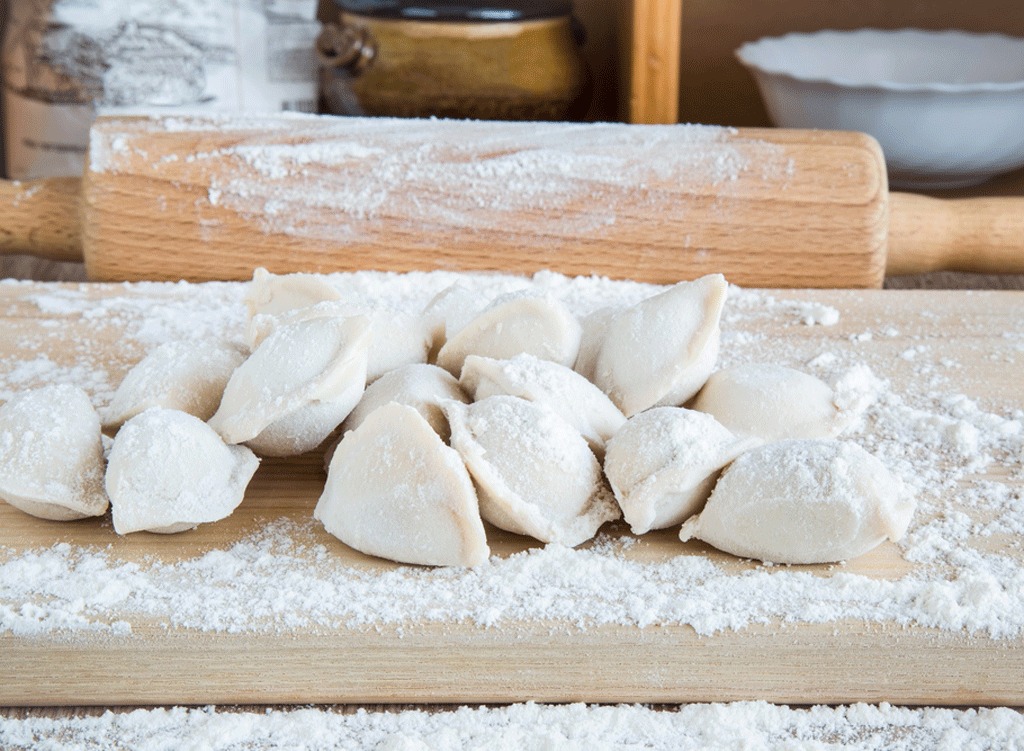 Pressed for time? Who isn't? And that's quite alright because there are brands you can trust that serve a quality product. Trader Joe's own Pork Gyoza Potstickers are a pork and veggie dumpling that is filled with hearty veggies such as cabbage, onion, and scallions. The only downside of this frozen variety is the sodium content. One serving (seven dumplings) costs you 680 milligrams of sodium or about 30 percent of your daily needs, based on a 2,000 calorie diet. It's not the greatest, but also not the worst. Use this as your benchmark to see if you can do better and to make sure you don't do worse!

Did you know buckwheat is one of the Grains With as Many Health Benefits as Quinoa? That's right, not only does it house all nine essential amino acids like quinoa does, it's also loaded with fiber to help you stay fuller, longer! Fill your buckwheat dumpling with as many vegetables as you can fit in its small confines and you'll have a dynamite, fiber-rich dish. Get the recipe for buckwheat dough from Epicurious.

Invite Your Family and Friends

People have dabbled between whether eating with your friends makes you arguably fat or slim, and while each person has their own opinion on the idea, the main argument comes down to this: Wouldn't you rather eat alongside someone you love than eat by yourself? This idea of having company, or a companion, to sit next to and chat with gives us a sense of security and also takes our minds off of shoving the spoon into our mouth, scoop after scoop. You don't need to read a psychological study to admit that this is an effective method. Slow down your pace by talking with your loved ones and you'll probably eat less than if you were mindlessly eating by yourself in front of the television screen. 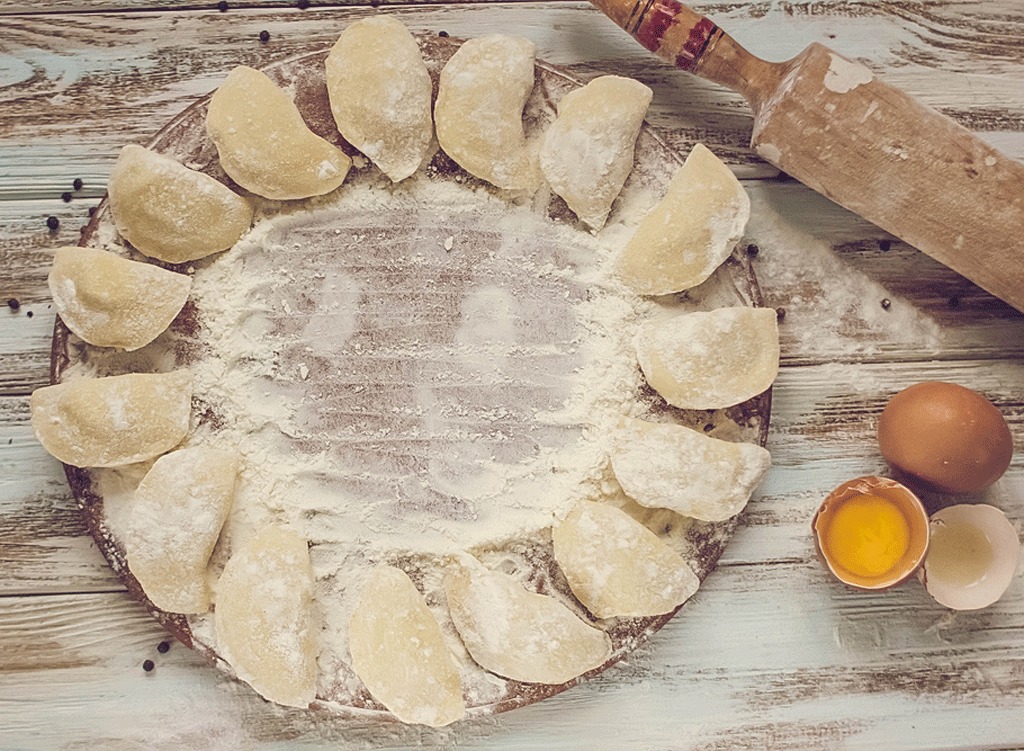 Consider this a personal invitation for you to get messy. As mentioned above, dumplings can take many forms dependent on the culture and the pierogi is most popular in Slavic countries, including Poland, Slovakia, Ukraine, and Russia. What's so special about pierogis (besides their irresistible savor) is that they're mostly comprised of a very healthy resistant starch: potato! Add a bit of artisan cheese and you've got yourself a decadent and wholesome dish to pair with any vegetable and lean meat of choice.

This tip goes hand-in-hand with tip #1. When you choose to boil your dumplings (or order boiled or steamed), you save yourself from consuming a copious amount of excess oil that it would take to fry up those babies. However, glazing a bit of olive oil atop your handful of dumplings (after they've been cooked) would not be harmful to your waistline at all.

Get Spicy with It

Adding a little bit of spice and heat to your dumpling is definitely something we encourage here at Eat This! Why? Most spices actually have anti-inflammatory effects. Ginger, for example, may reduce symptoms of arthritis, quells a nauseated stomach, and helps fend off bacteria in the gut. Impressed? Check out the 5 Best Healthiest Spices on the Planet for more fact-filled insight.

Split Them As an Appetizer 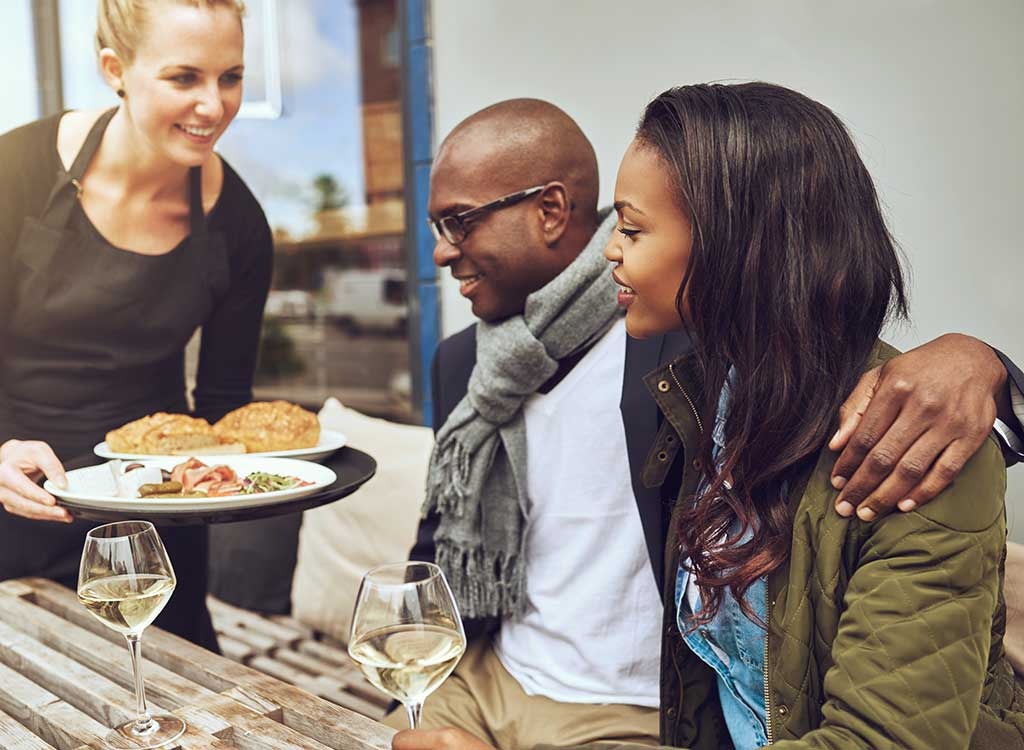 We're all human here and we understand that it is a pleasure in life to indulge in cheat meals every so often. So, if you're going to opt for the fried delicacy, then we suggest splitting an appetizer with someone. That way, you don't kill all of your calories on the dumplings alone and you can still enjoy a meal—preferably one that is full of vegetables and steamed, of course.