The Unhealthiest Food Mashups in America

Discover the two great tastes that taste great together, with this list of the latest Frankenfoods.

"What's grosser than gross?" my 8-year-old nephew asked me the other day, bursting with anticipation. He had the classic answers ready: sliding down a razor blade slide into a pool of alcohol, eating scabs, finding half a roach in your burger.

Instead I said: "Swedish Fish Oreos."

Every month, food manufacturers release a new Frankenfood into the market—the equivalent of edible clickbait. The formula is cynical and predictable. Take two '80s junk foods laced with sodium, sugar and nostalgia, and mash them together. The result has the nutritional equivalence of a Buzzfeed article and is unfortunately just as popular. Restaurant Brands, the parent company of Burger King and Taco Bell, home of the craziest gimmicks in recent months, saw sales rise 25% last year—an all time high.

Eat This, Not That! has spent the last decade analyzing the worst of the worst Frankenfoods, from Frito's Pizza to the Waffle Taco. With the release of the latest monstrosity—Jolly Rancher Pop Tarts!—we took the top 10 most popular and currently available meals into our Food Lab and ranked them nutritionally. Here they are—and for more shocking food choices, don't miss our essential list of The #1 Worst Menu Option at 40 Popular Restaurants! 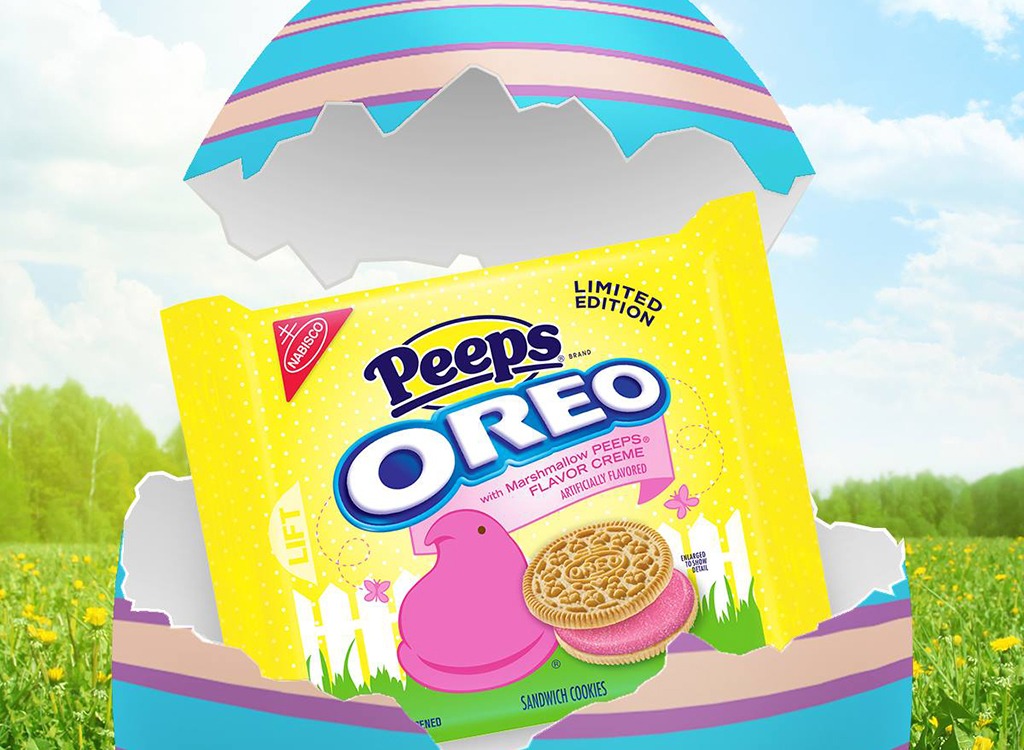 While they're not the most caloric cookies out there, these Oreos are no bargain when it comes to your health, either. With 7 grams of fat and 12 grams of sugar in a pretty meager serving, these crème-filled cookies are sure to prompt two equally unattractive events: a full-on cookie binge or an unhappy belly. 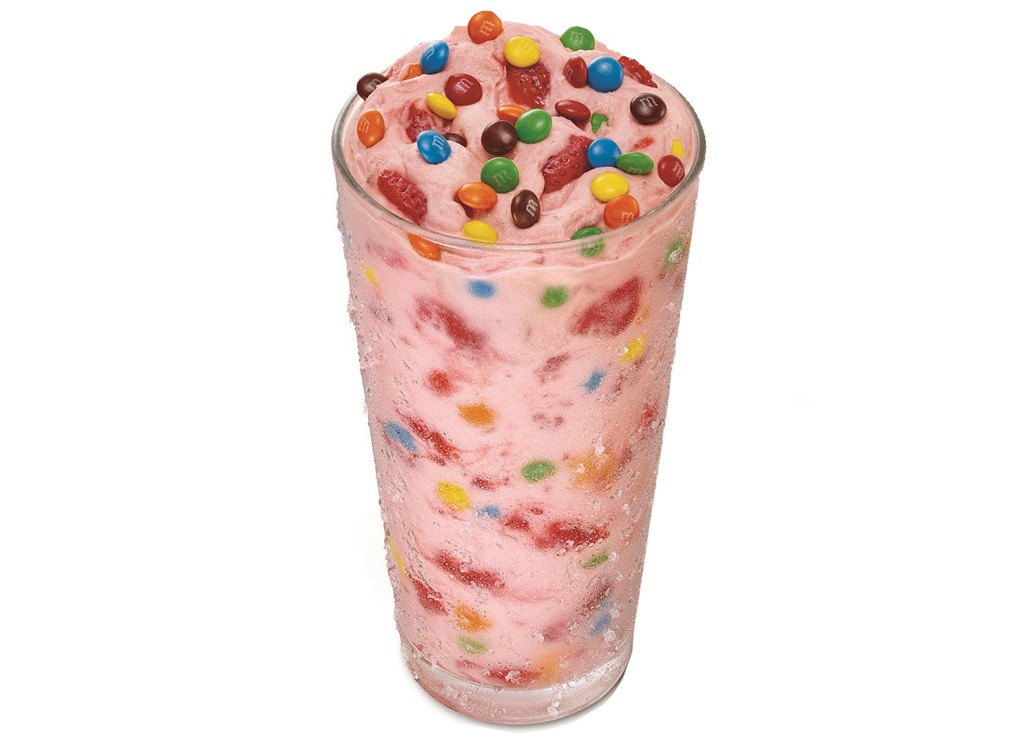 Call us crazy, but we tend to shy away from food with "concrete" in its name. Nevertheless, Sonic is working hard to push its Strawberry Custard Concrete, which comes with a handful of M&M's thrown in for good measure. However, with a large Custard Concrete packing more than a full day's worth of calories and a shocking 219 grams of sugar, you'd be wise to steer clear of this incredibly fattening, sugar-laden dessert. 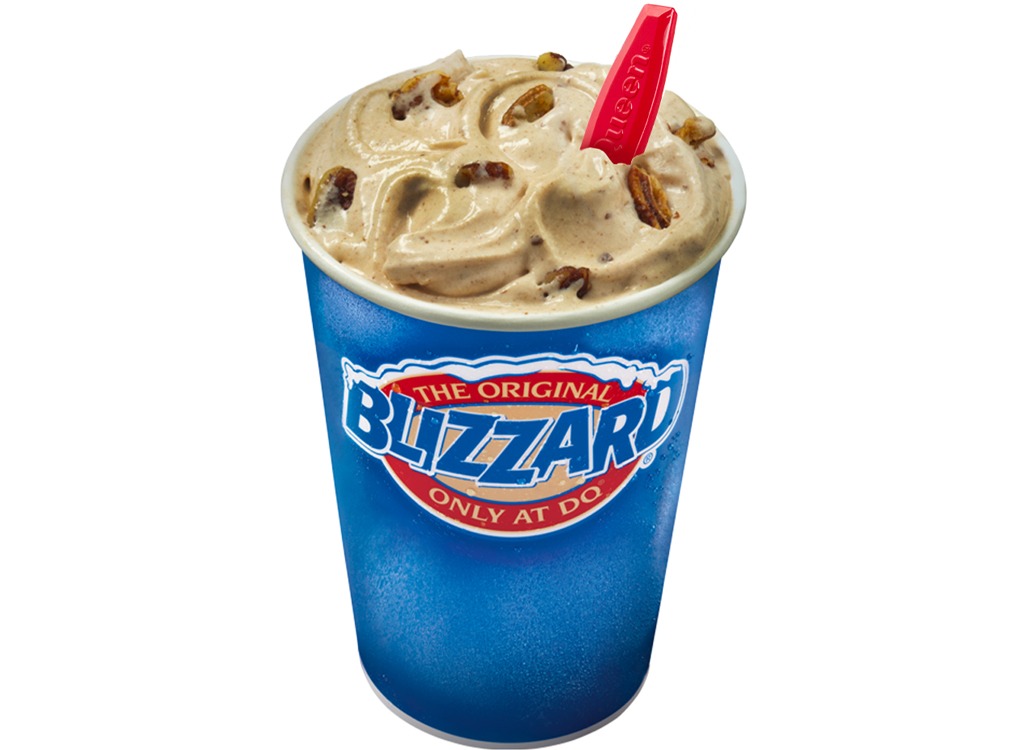 Is it a drink? Is it a sundae? Is it going to make you never want to look at another dessert again? These are all pertinent questions when it comes to Dairy Queen's Turtle Pecan Cluster Blizzard Treat. What we do know, however, is that one of these will set you back 900 calories, add a gram of diet-sabotaging trans fat to your menu, and send your blood sugar through the roof. 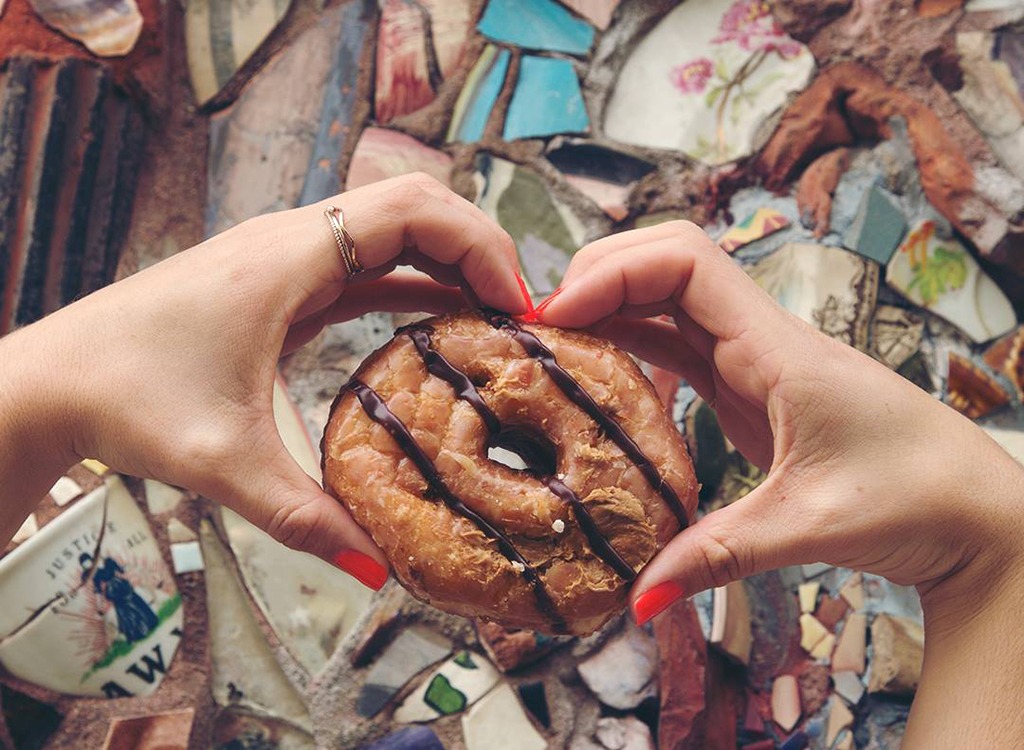 The success of chef Dominique Ansel's cronut has paved the way for a host of imitators, Dunkin' Donuts' Peanut Butter Delight Croissant Donut included. A mixture of fried croissant dough and peanut butter packing 25 grams of sugar, this food mash-up is undeniably sweet, but not for your health. 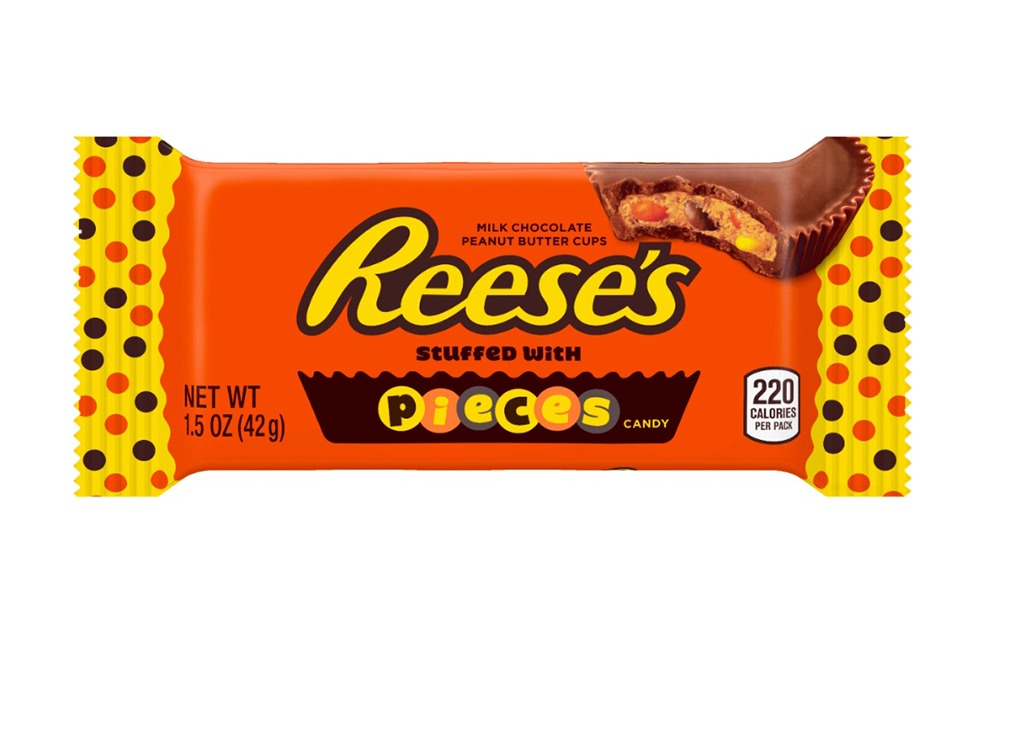 If you've ever found yourself wishing you could somehow stuff your candy with other candy, you're apparently not alone. In a move that comes close to constituting candy cannibalism, Reese's has stuffed their famous Peanut Butter Cups with Reese's Pieces, creating a dream dessert for anyone with a serious sweet tooth and a nightmare for their dentist. 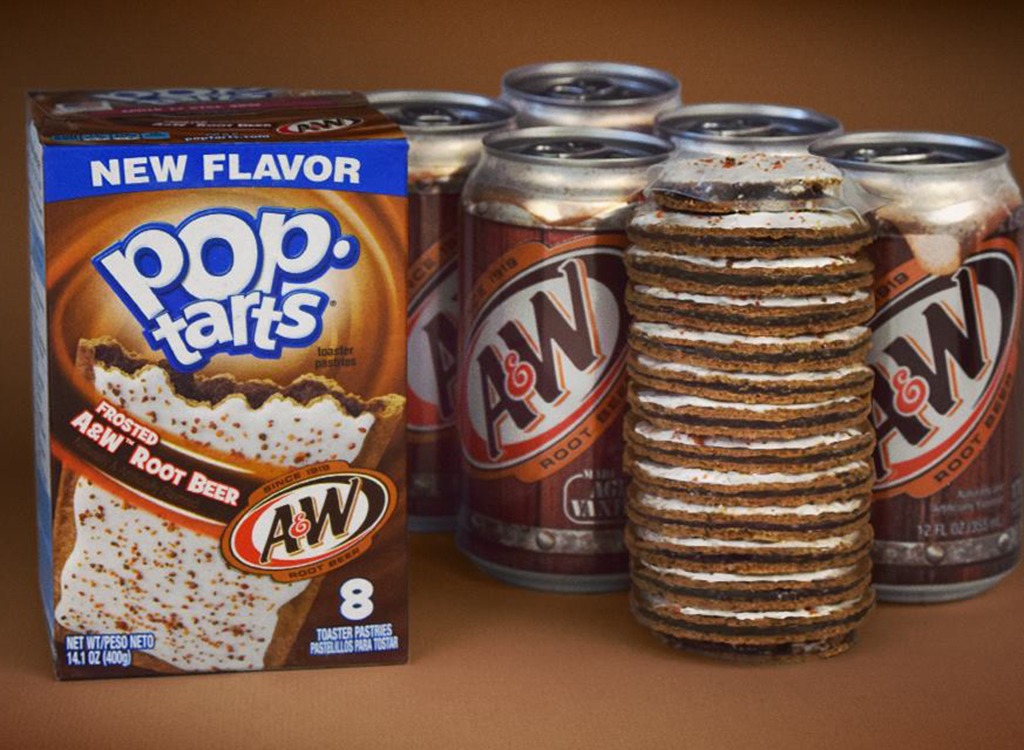 The advent of the Jolly Rancher Pop-Tart isn't the first time the breakfast brand has delved into some seriously suspect territory. Pop-Tarts recently paired up with two soda brands, A&W Root Beer and Crush Orange, to create breakfast treats based on the popular fizzy drinks. At 15 grams of sugar a pop, they're less sweet than your average can of soda, but they're probably not going to win any accolades from your doctor, either. 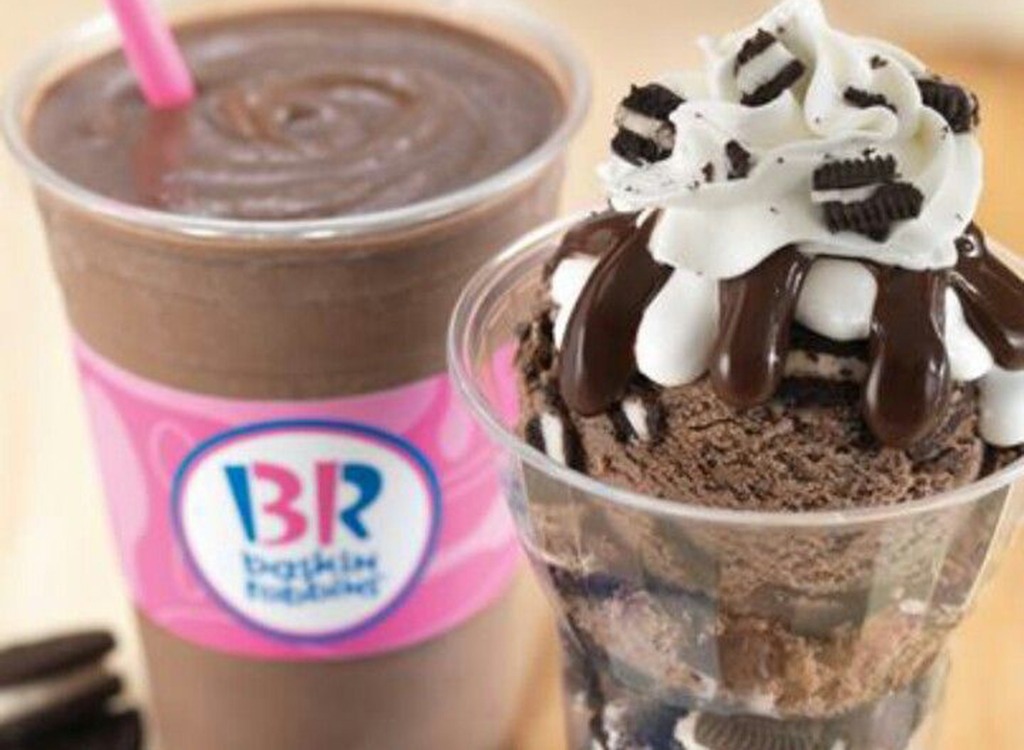 Cookies and ice cream form an unholy union in Baskin-Robbins' Oreo Layered Sundae. Just one of these bad boys packs 930 calories, a staggering 88 grams of sugar, and some trans fat, to boot, making this a serious dessert don't. 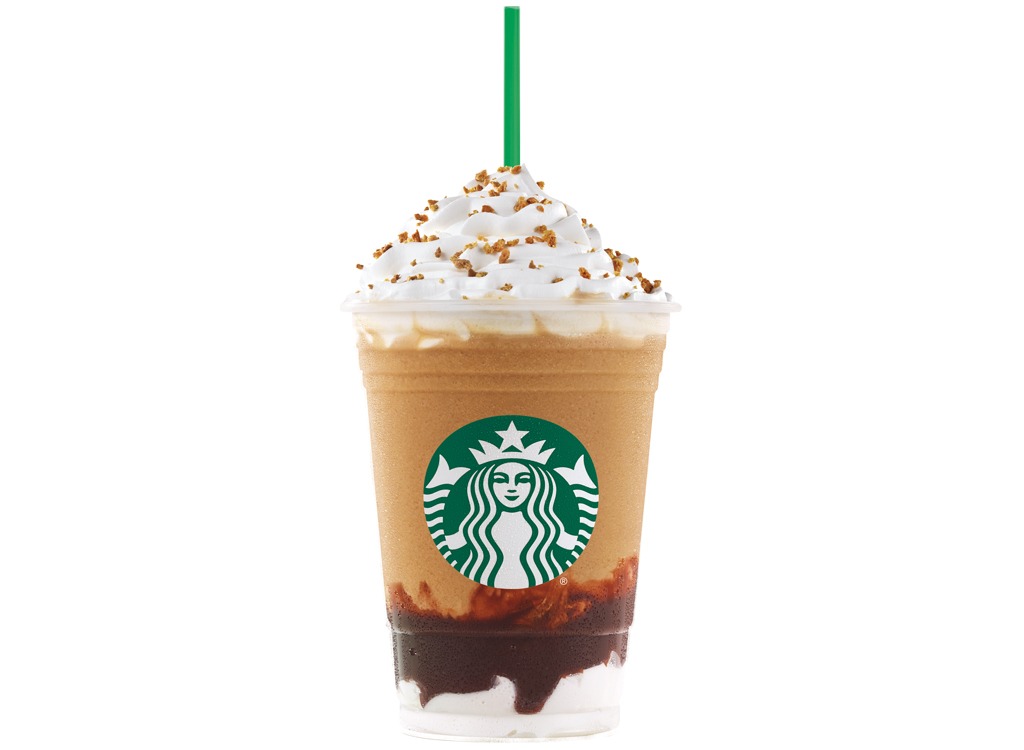 If you're brand loyal to Starbucks but not a fan of coffee, the S'mores Frappuccino Blended Crème is one way to get your morning pick-me-up without the caffeine. Unfortunately, this combination of chocolate, marshmallow, and whipped cream is more like a sundae than a drink, weighing in at 450 calories and 56 grams of sugar. The good news? There are still plenty of fast food breakfasts out there that won't break the calorie bank. 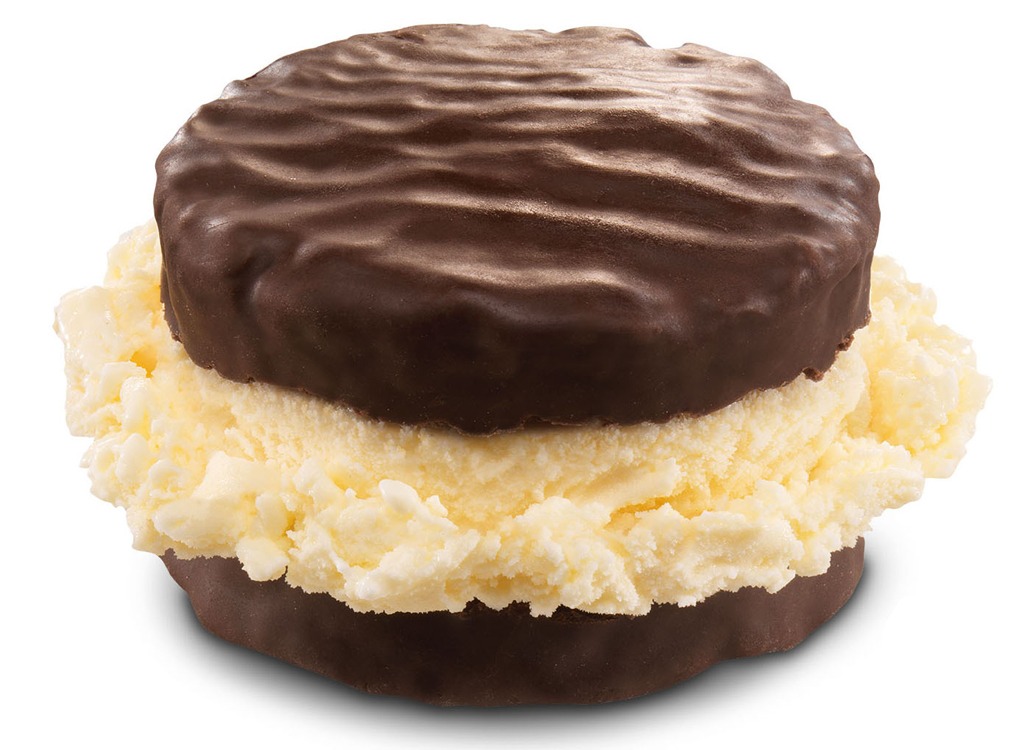 Why have a snack cake when you can have one two with ice cream between them (other than your health, of course)? Carl's Jr. may be known for having some healthier options on its menu, thanks to its gluten-free, low-carb, and vegetarian options, but its Hostess Ding Dongs Ice Cream Sandwich isn't one of them. With 290 calories and 25 grams of sugar, this dessert is a hard-sell for the health-conscious. 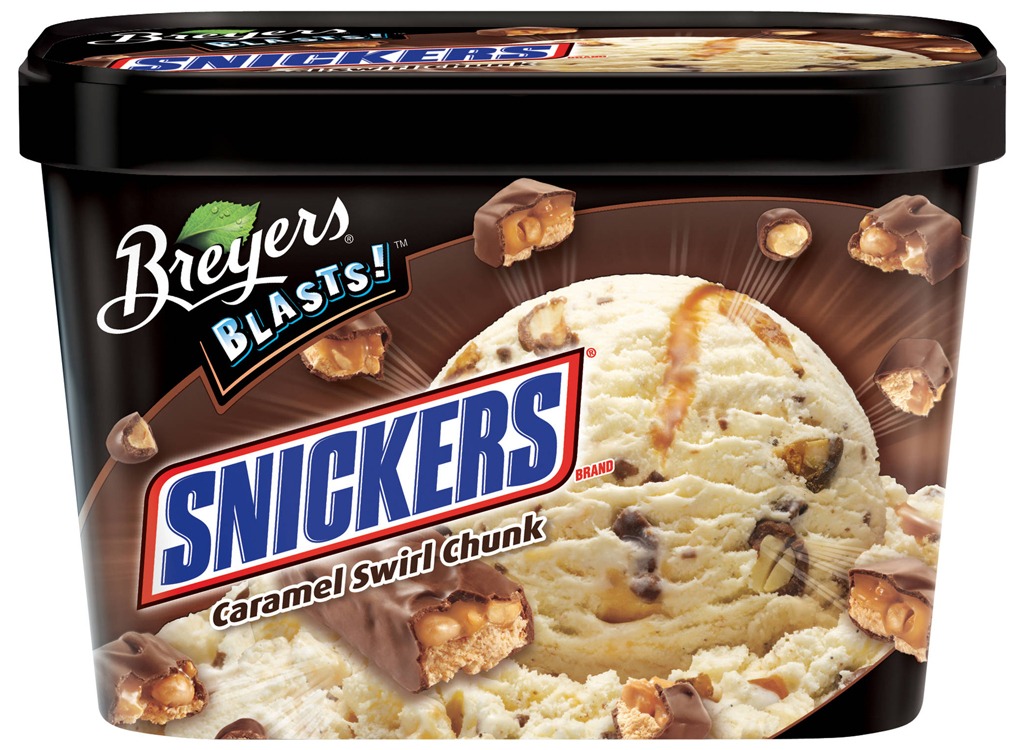 You might not think that ice cream would benefit from the addition of more sugar, but apparently, someone did. And thus was born Breyer's Snickers Bar Ice Cream, a combination of Breyer's classic frozen dessert and the caramel, chocolate, and peanuts that make up the popular Snickers candy bar. While, at 150 calories per cup, it's hardly the most caloric dessert out there, its 3 grams of saturated fat and 17 grams of sugar make it a recipe for a bloated belly.

It probably comes as little surprise that Peeps are largely sugar. However, just how much sugar you'll get in their special edition Peeps Vanilla Crème Flavored Marshmallow Chicks snacks might shock you. Just five of these little chicks pack 34 grams of sugar, making their unfilled counterparts look like health food by comparison.

While avoiding temptation isn't always an option —many nutritionists even recommend cheat meals to help prevent binges —there are plenty of ways to make your indulgences healthier. Add some protein and fiber in the form of oatmeal or flaxseed to your baking. Use black beans as a base for brownies instead of white flour. Sneak some fruit or veggies into your sweet treats. And when you're in the mood for an easy dessert, make the healthy choice by checking out the 20 Best and Worst Baking Mixes! 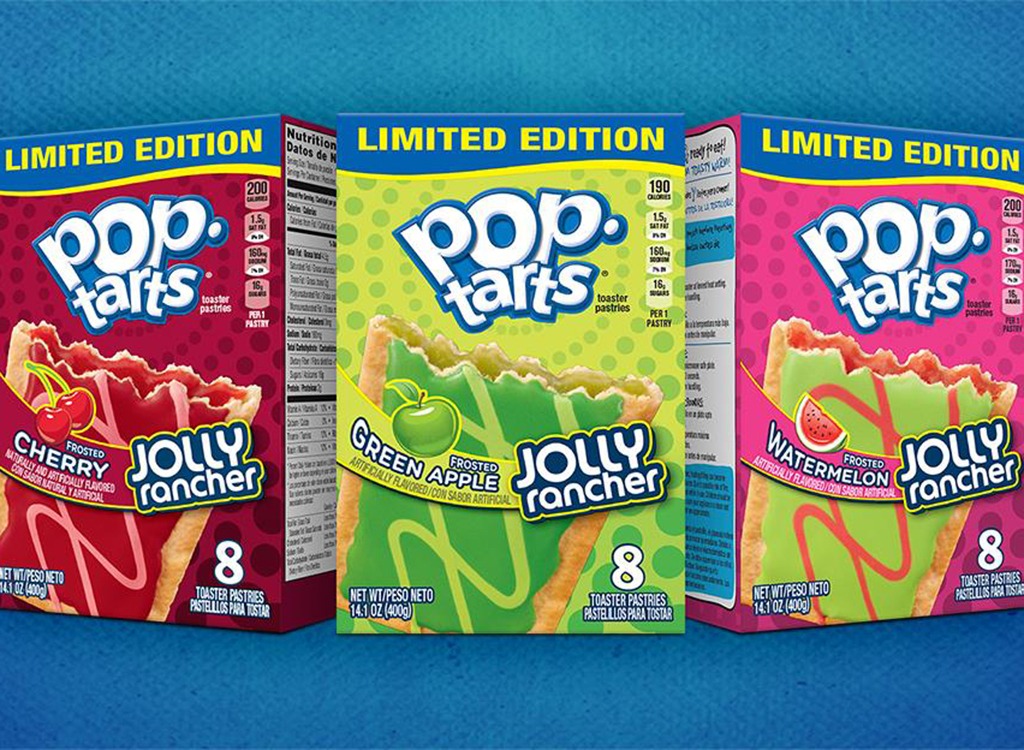 Pop-Tarts have long been the breakfast food of choice for time-pressed individuals with a serious sweet tooth. Colorful, frosted, and filled with a substance whose capability for scorching your palate is only rivaled by the lava-like innards of a Hot Pocket, these childhood favorites are a sugary blast from the past for many of us. Now, a new generation gets to enjoy a whole new Pop-Tart experience, thanks to the company's new partnership with Jolly Rancher.

So how do the new Pop-Tarts stack up? With 200 calories, 4.5 grams of fat, and 16 grams of sugar in the form of corn syrup, high fructose corn syrup, dextrose, and plain white sugar per pastry, they're hardly health food, especially when you consider that the sugary treats come in packs of two. While Pop-Tarts' newest collaboration is no winner when it comes to your health, they're hardly an outlier on our list of outrageously sugary food mashups. They're not even the worst treats in your supermarket; that dubious honor goes to the 30 Unhealthiest Snacks on the Planet.