You might not want to try these at home...

You've heard of rum and coke, or champagne and orange juice. (Mimosas were invented for the weekend, right?) But you probably haven't heard of these gross beverage combinations—and that might be for the best.

All of these drinks are perfectly fine on their own, but some people have decided to make their own combinations…and not to great effect. Why mess with a good thing, like Coke or Pepsi? Your stomach might do a few flips while reading about these gross drink combinations, but keep in mind that some people really do swear by them. Who knows: maybe you'll be brave enough to try them out for yourself. 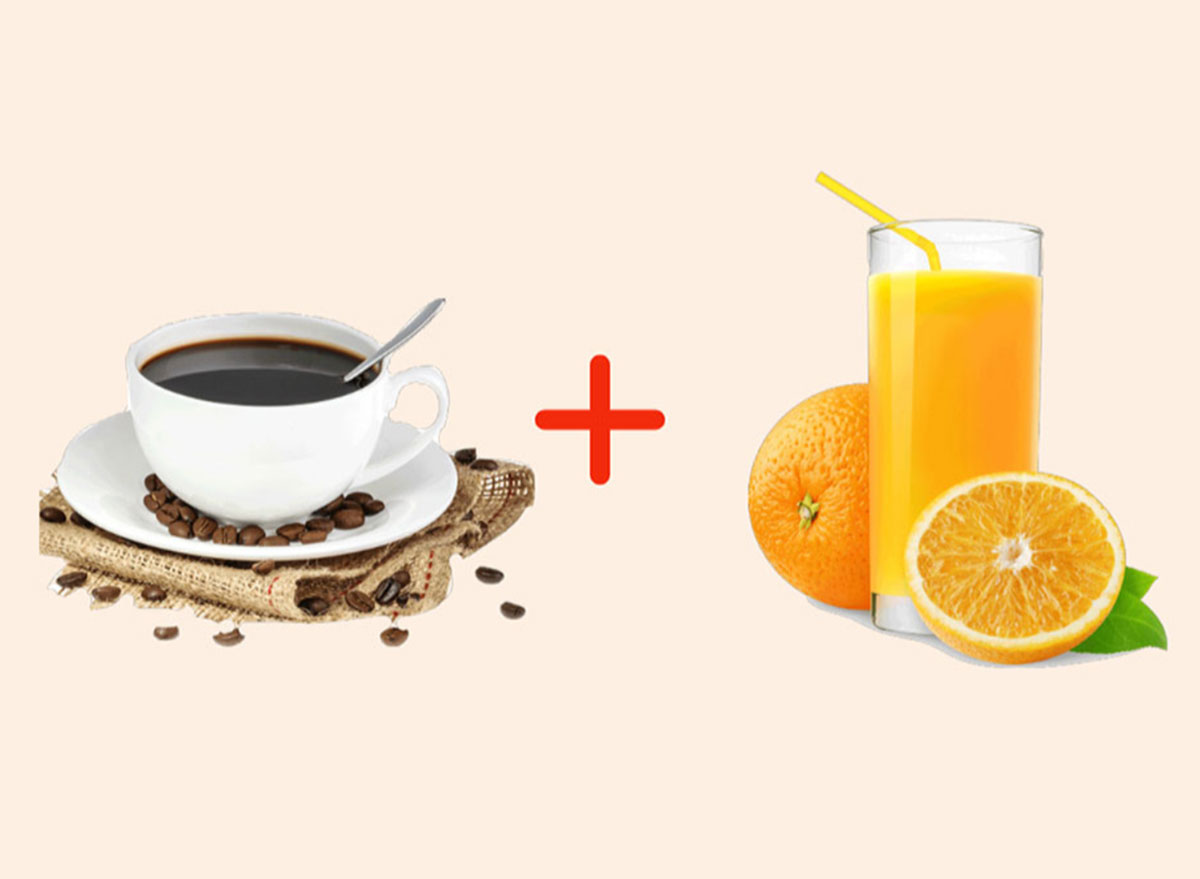 Adding butter to your coffee is weird enough, but combining orange juice and coffee is really out there. At Infusion Coffee & Tea in Tempe, Arizona, though, a coffee-orange juice combination is on the menu as SprOJ. The Phoenix New-Times described the taste as "strangely neutral," which doesn't exactly sound like a winning review. 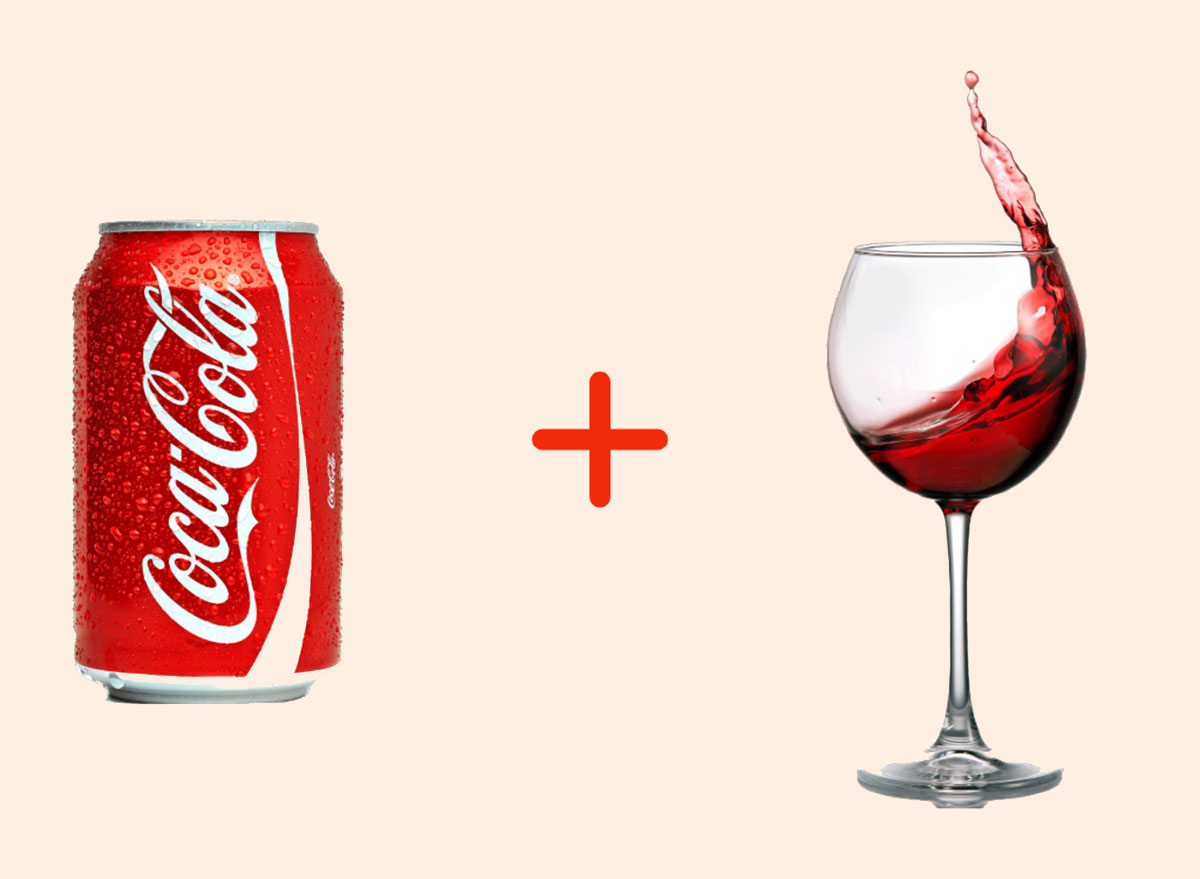 Move over, rum and coke—there's a new alcoholic beverage vying for a partnership with the fan-favorite soft drink. The Spanish drink Kalimotxo is a mix of Coca-Cola and red wine—and apparently, cheap wine at that! (You wouldn't want to waste your finest bottle of Cabernet on a soda mixture, would you?)

HuffPost reports that the combination has been popular in Spain since the '70s, so it must not be that bad, considering its decades-long staying power. And compared with coffee and orange juice, the mixture doesn't sound half bad. 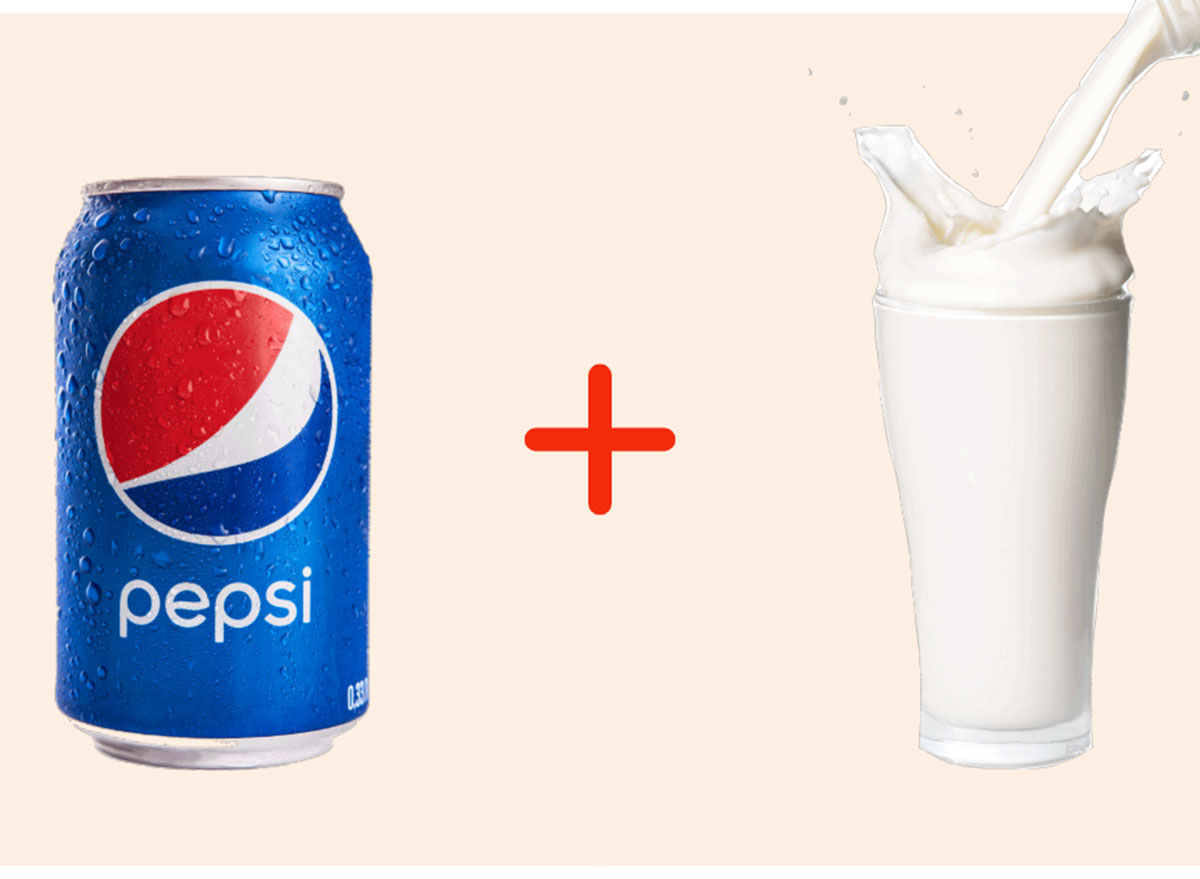 Were Laverne and Shirley onto something, or is this combination just plain gross? Apparently, the unusual combination isn't just the stuff of TV legend. Popsugar compared the milk and Pepsi combination to a "melted root beer float," which doesn't sound too weird. For some reason, though, adding ice cream to a soft drink still doesn't seem as strange as adding regular milk to the mix.

Pepsi isn't the only soda people swear by adding milk to, either. Pakistani author Saba Imtiaz wrote about the joys of combining 7-Up and milk in an Eater essay about breaking the Ramadan fast. If you've had a soda float before, this drink combination doesn't sound so strange after all. 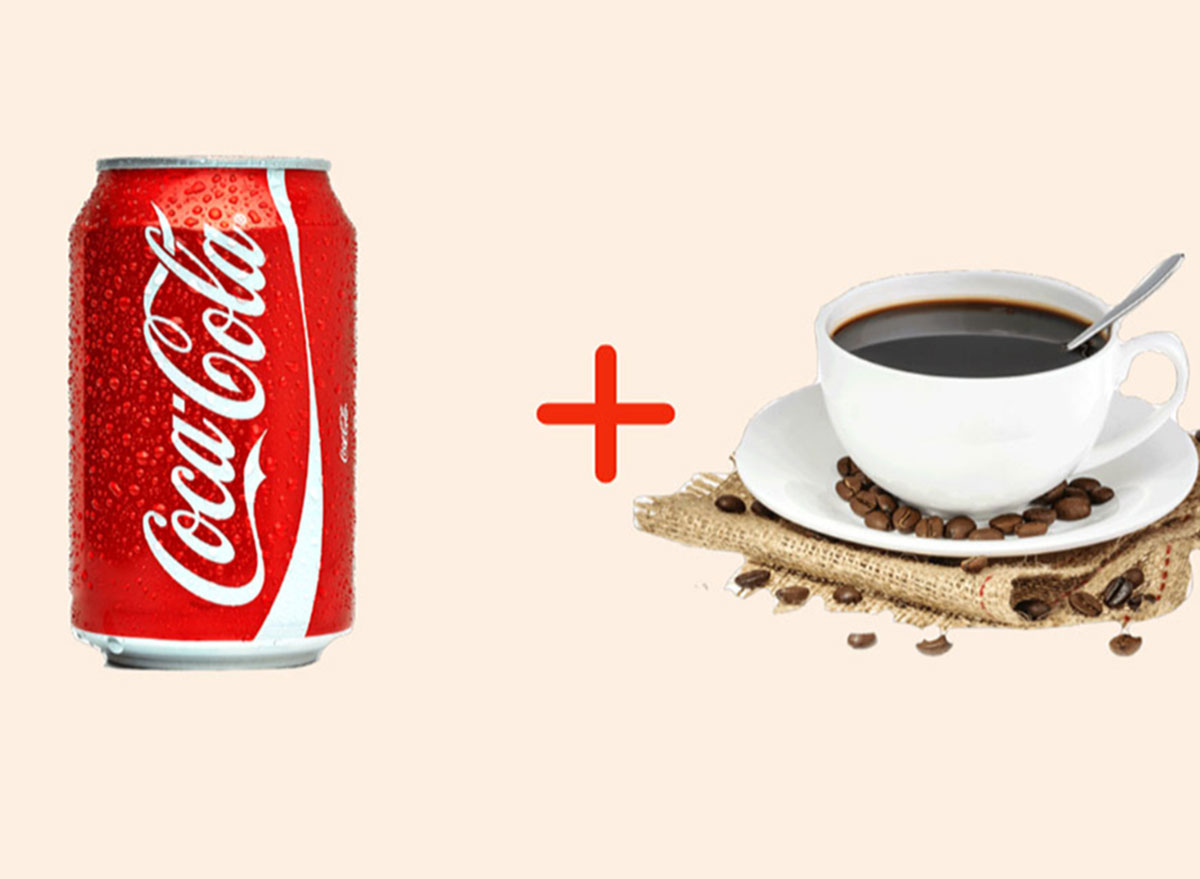 You won't need to add a spoonful of sugar to your morning brew with this inventive combination. Extra Crispy called the combination of coke and coffee "strangely delicious," suggesting that drinkers pour soda into a shot of espresso. Think of it as a red-eye drink, but with Coca-Cola. 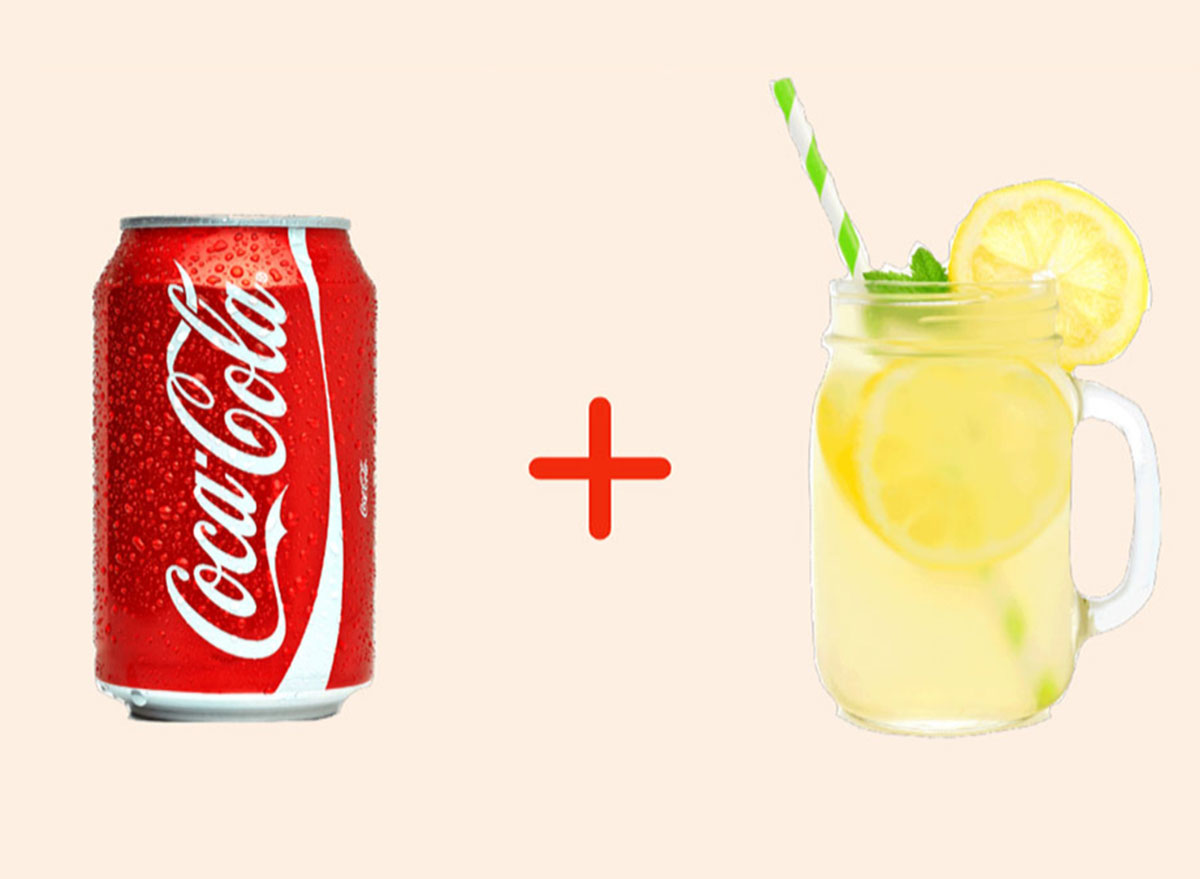 Forget the classic Arnold Palmer—some fans have moved on to a carbonated version. One Sam's Club visitor called the combination "delicious". And there's a Reddit thread devoted to the proper name of a half Diet Coke, half lemonade mixture, so it seems to be something a good number of people have tried. The combination seems to have been born out of sheer curiosity at the soda fountain, and it sounds like this is one unusual combination that actually works. 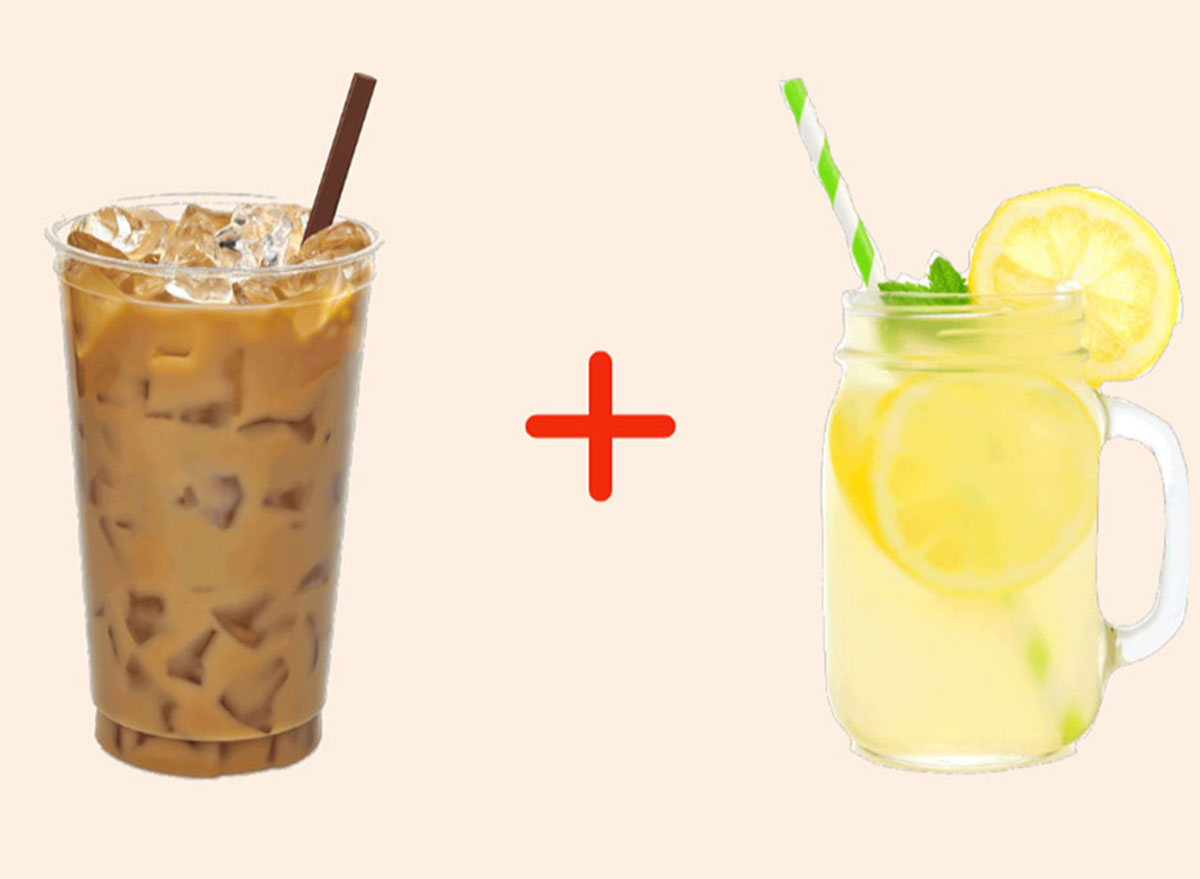 Another inventive take on the Arnold Palmer, this is apparently such a popular combination that Starbucks has its own iced coffee lemonade recipe. And as Eater reported, plenty of other coffee shops in the United States and Sweden sell coffee lemonade. It sounds a little weird at first, but if you love lemon, why not add it into whatever you can? 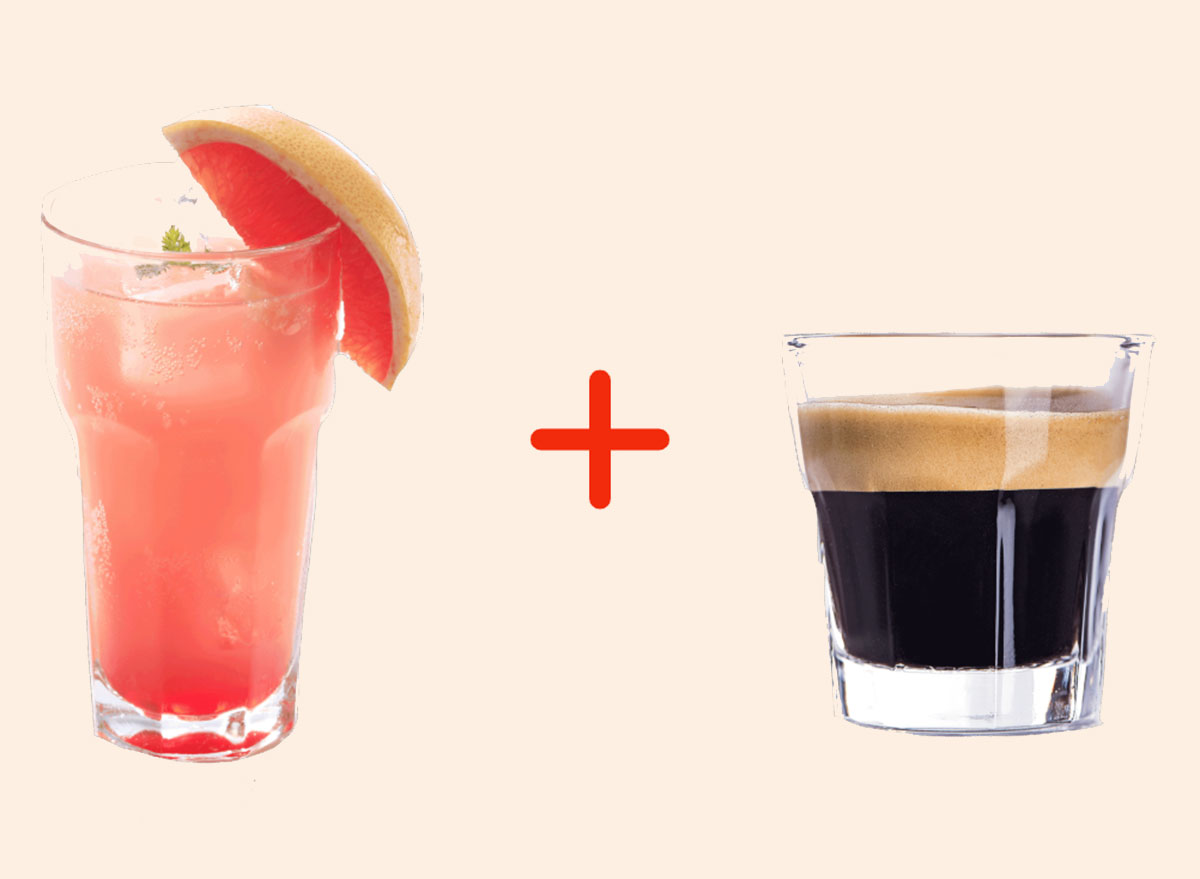 Sarah Karnasiewicz wrote in Real Simple that she tried this combination at a local coffee shop, The Daily, while visiting Charleston, South Carolina. Syrup maker Monin also has a recipe for a take on the drink, which it calls Sparkling Grapefruit Espresso. If you don't mind the fizz, this could be a tasty way to add a bit of sweetness and tartness to your coffee. 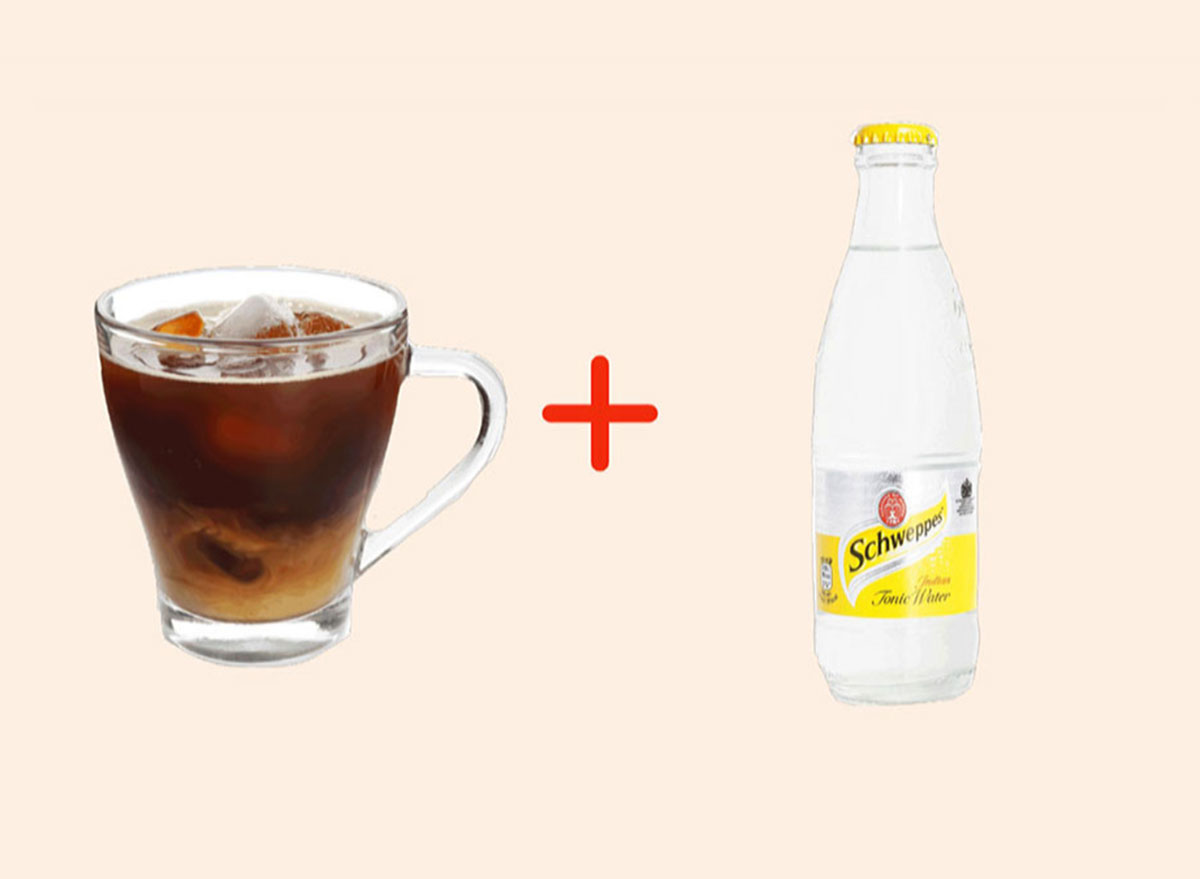 If grapefruit soda and espresso are a little too much, start slow by mixing the carbonated water into your cold coffee. Cold brew and tonic water is a pretty easy combination to master at home, and you don't have to deal with adjusting the sweetness levels, as with many of the other combinations on this list. La Croix devotees, you might love this unconventional way to add more fizz into your drink rotation. 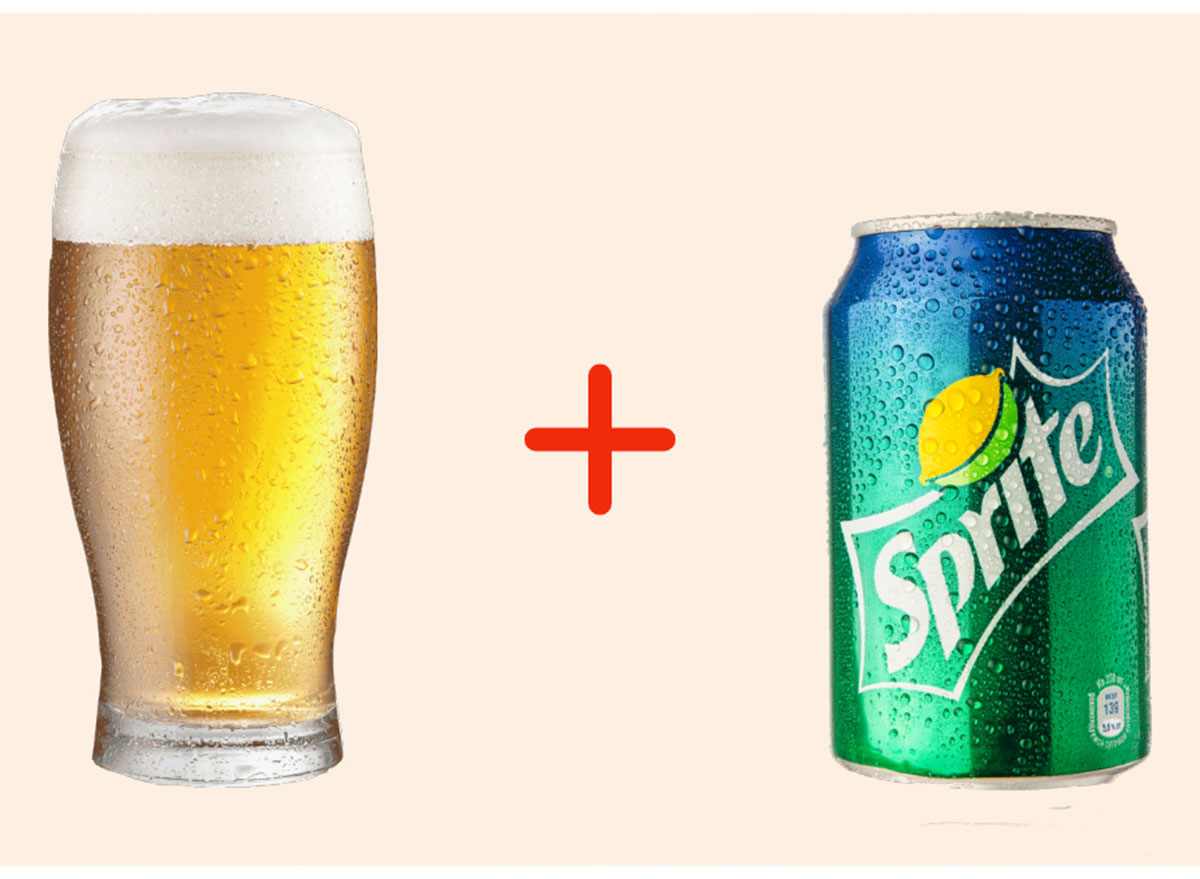 This is a popular combination in Germany, according to Wishful Chef, and the drink is known as a Radler. The blog explains that as legend has it, a German bar owner in the '20s diluted his beer with lemonade to accommodate a large group of cyclists. Today, Germans keep up the tradition with Sprite's lemon-lime flavor. 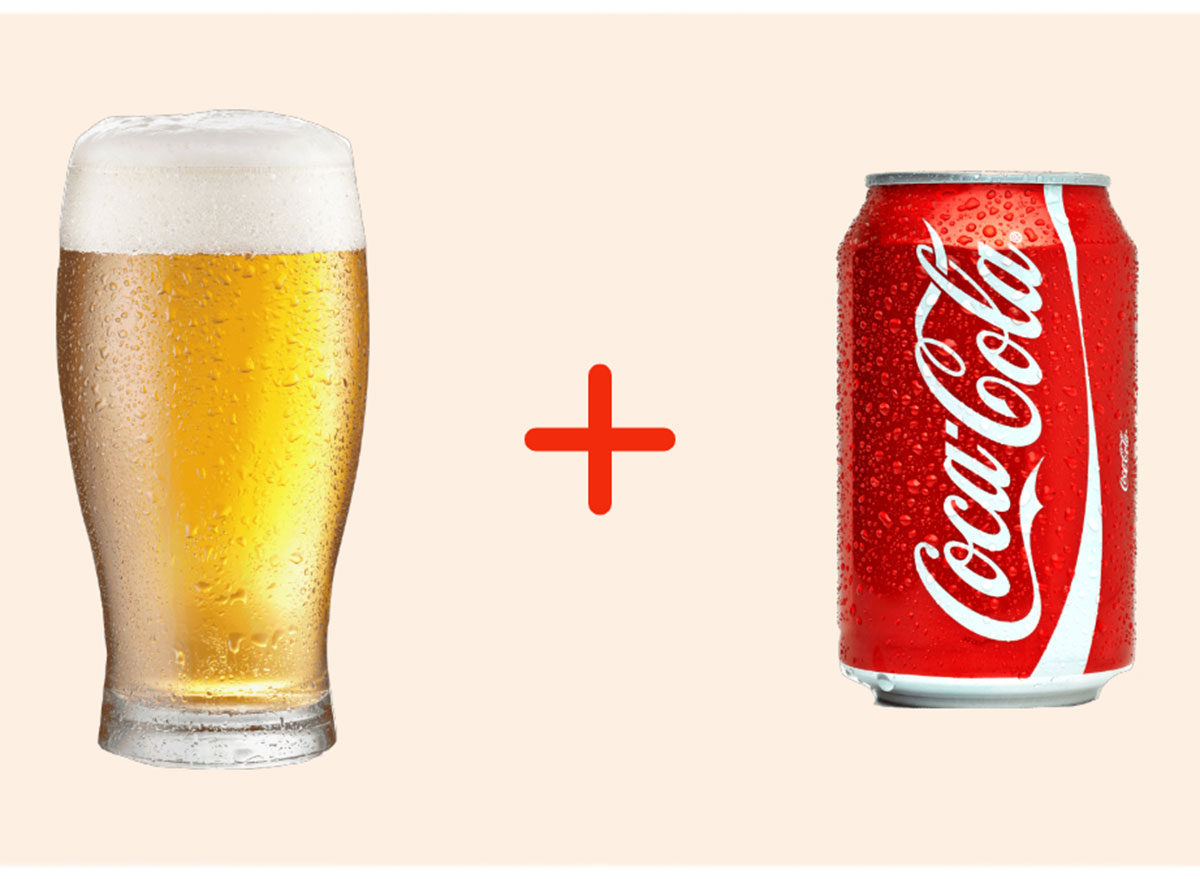 BuzzFeed called this German trend "deeply troubling", which is probably how most people would see this combination. It doesn't look entirely appetizing in the photos, but Colabier is apparently pretty popular. 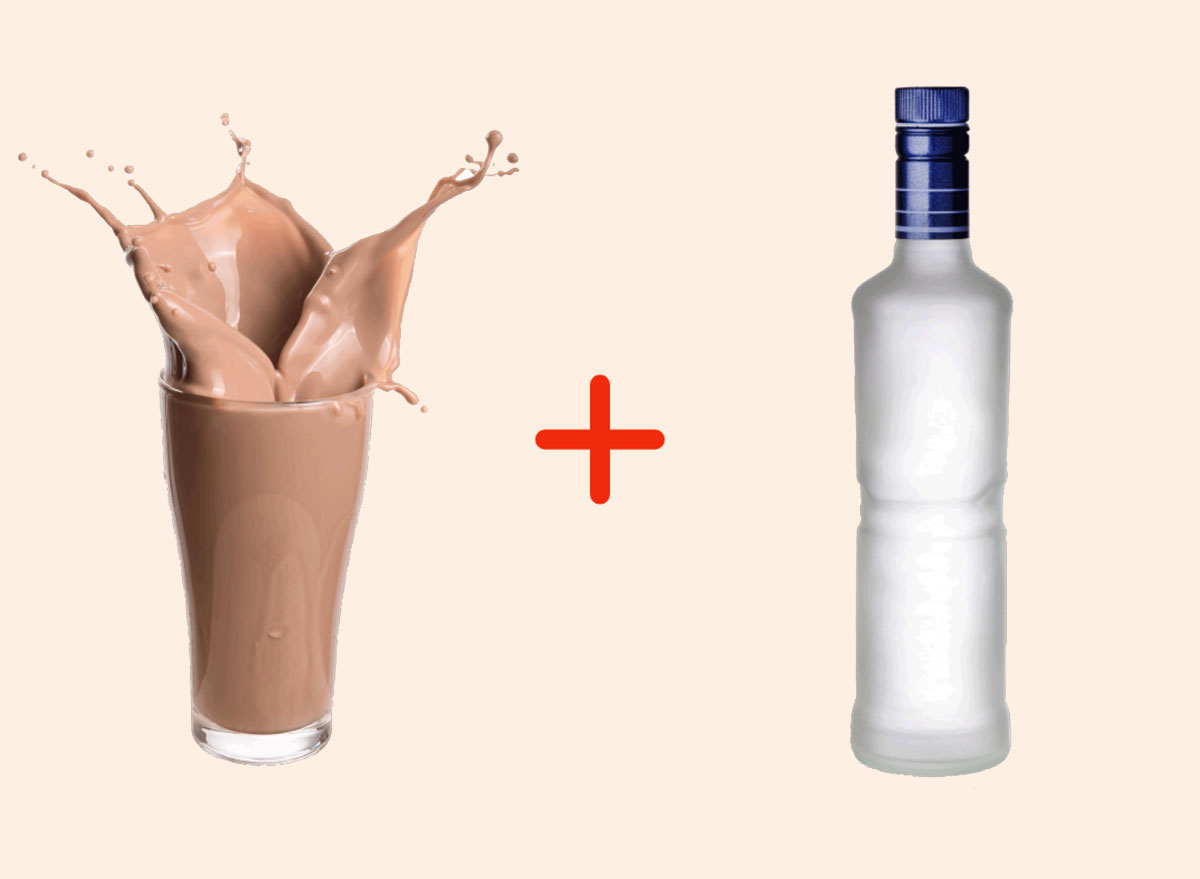 The childhood treat gets a very adult upgrade with this unusual combination. There are a number of recipes that involve combining the two drinks online, like this one for a "chocolate milk martini." 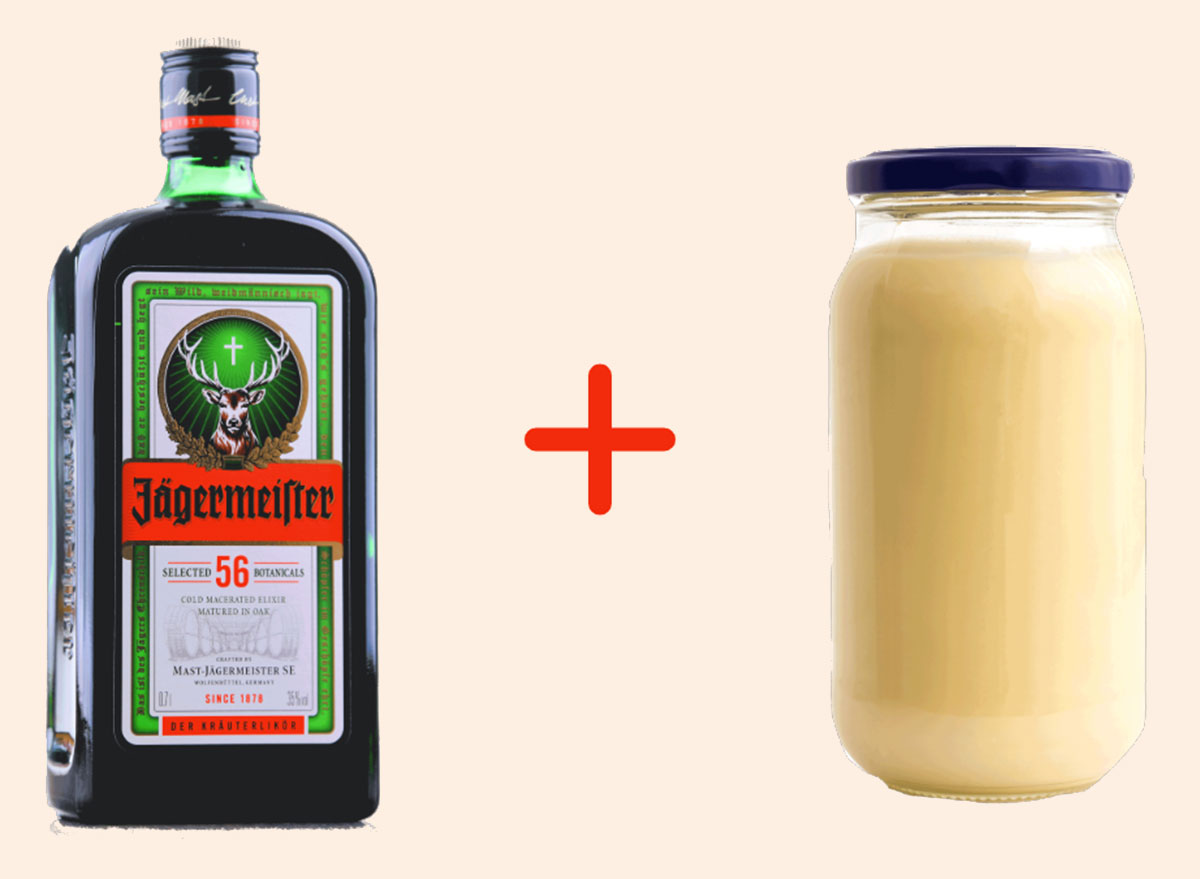 This gross-sounding combination has made plenty of lists of the most disgusting shots, and it's not hard to see why. Fox News calls this the "smoker's cough," and that name alone will probably turn you off from giving this drink a try. 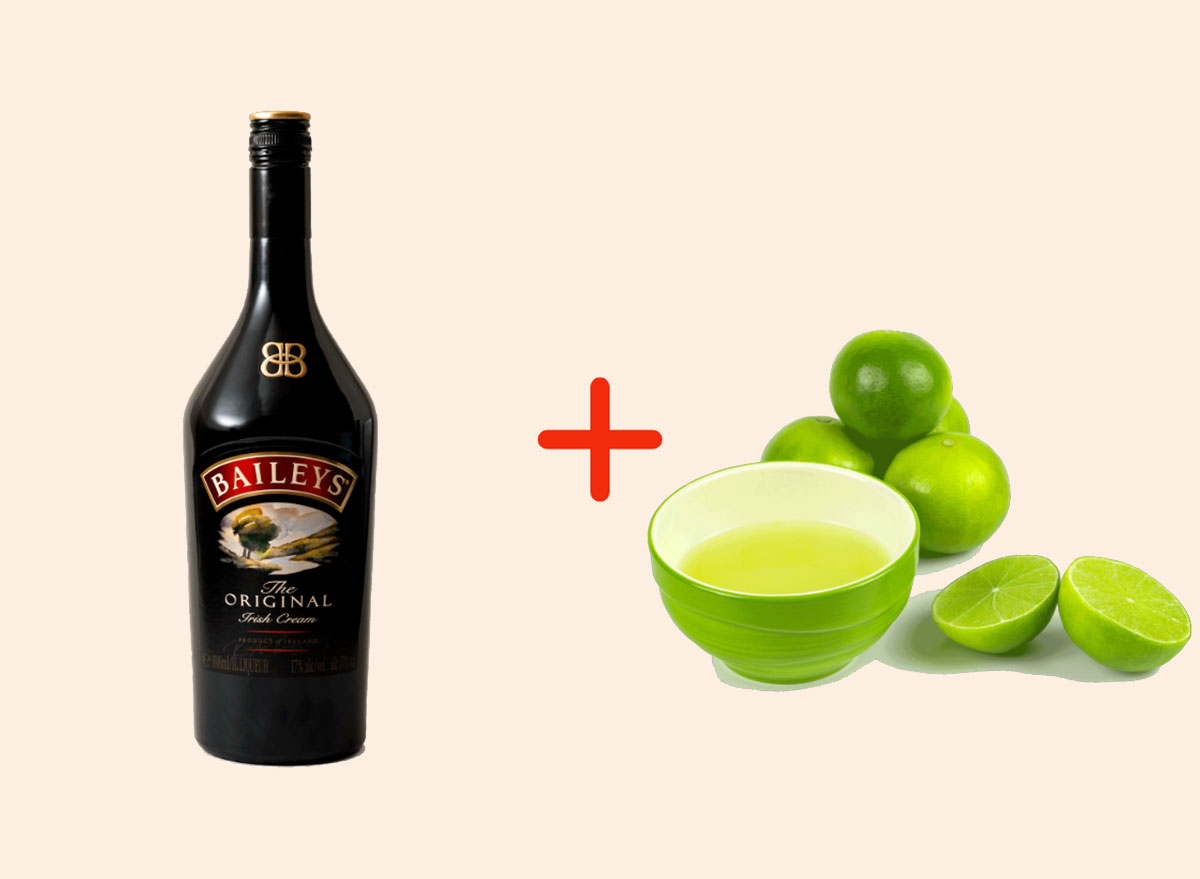 This drink is known colloquially as "The Cement Mixer," which probably doesn't sound like the most delicious thing to order at a bar. The combination of citrus and dairy, along with the competing textures of the lime juice and Bailey's, are enough to make anyone gag after this shot. 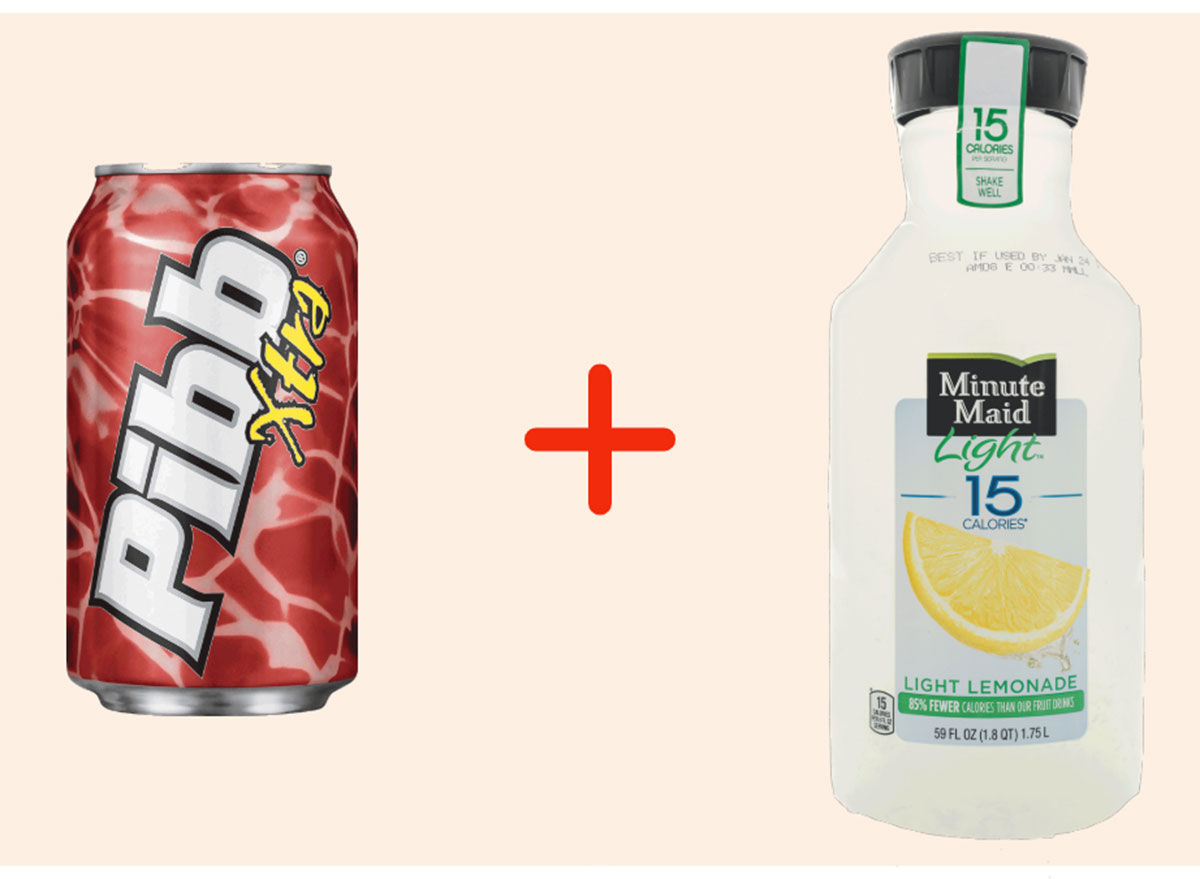 Serious Eats tried a bunch of combinations from a Coca-Cola Freestyle machine, and this is one of the weirdest ones they came up with. (They swear it's good, though!) According to the outlet, combining the light lemonade with the Diet Mr. Pibb creates a drink that "tastes surprisingly like a lemonade-iced tea blend." 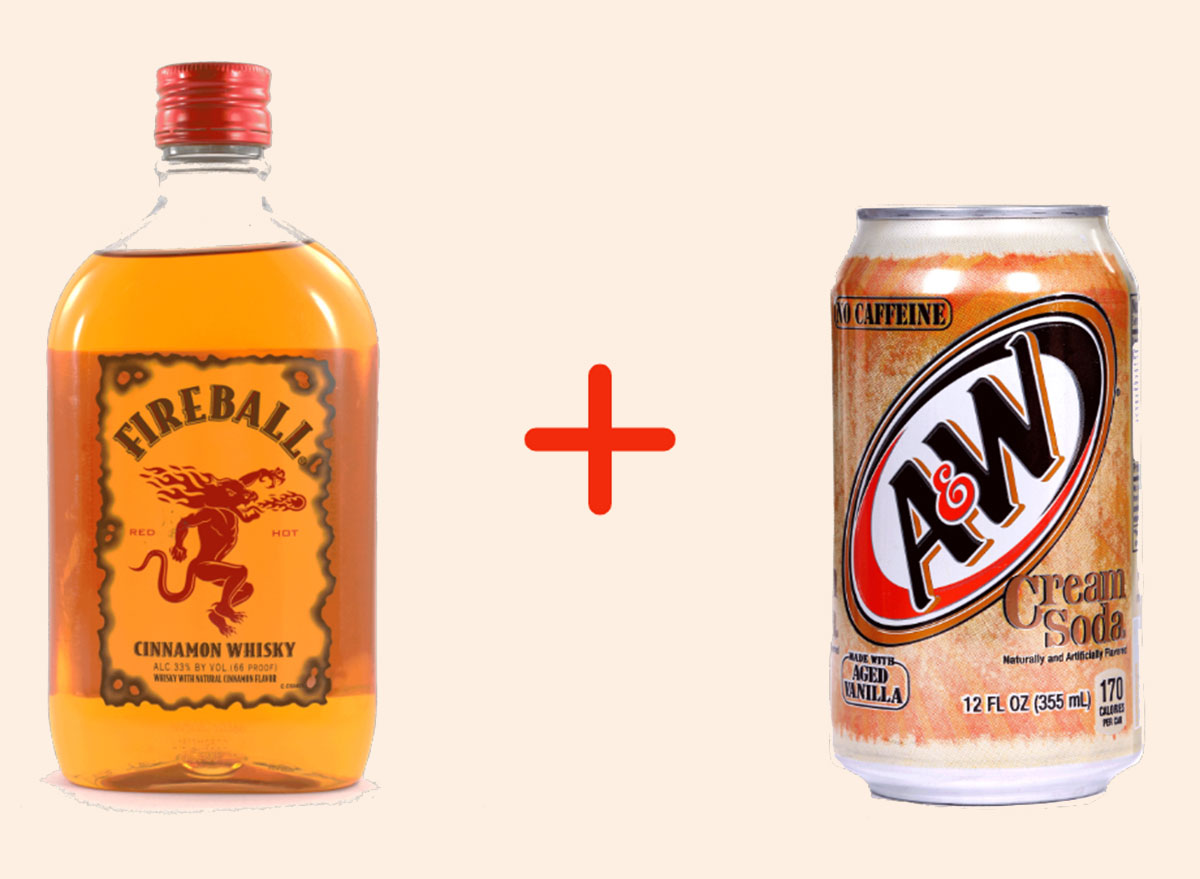 This unlikely combination is apparently what goes into cinnamon roll shooters. But we wouldn't blame you if you didn't want to dilute the whiskey with cream soda—it doesn't sound like a combination for the faint of heart. 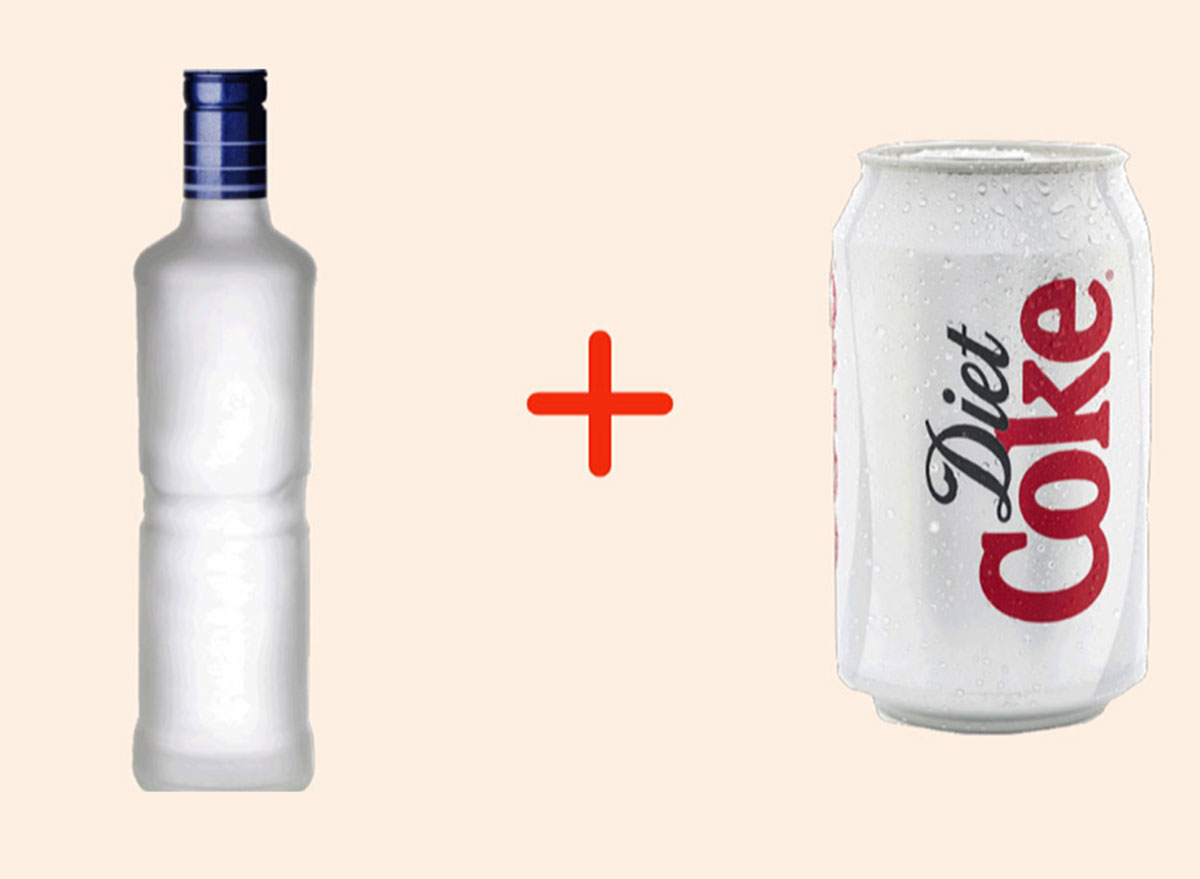 This unusual pairing entered the mainstream conversation in 2017 when Taylor Swift shared with Vogue that she loves combining vodka and Diet Coke. It's important to note that Swift was a Diet Coke ambassador at the time, so it's possible that played into her statement. Still, there are likely plenty of Swifties who gave the combination a try, thanks to the singer's suggestion. 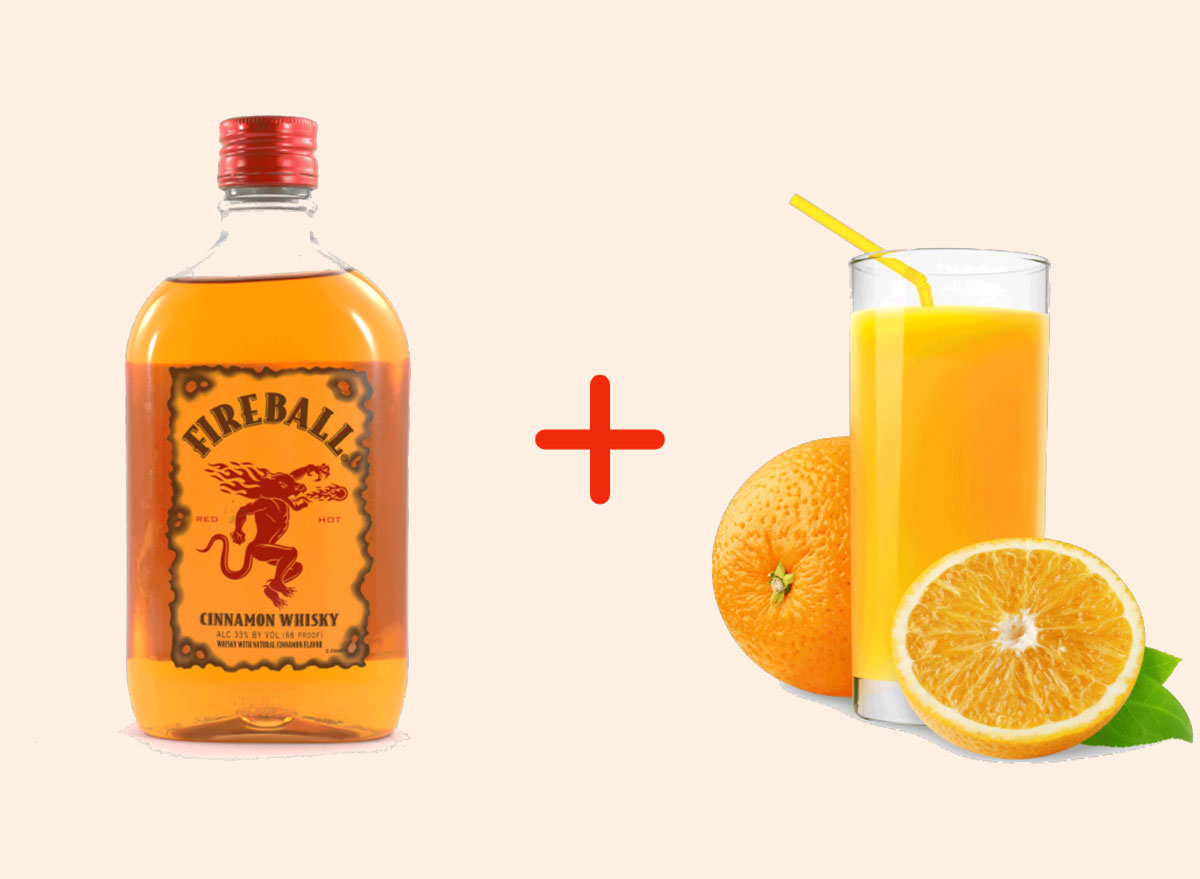 To be fair, this sounds marginally better than Fireball and cream soda, although neither sound great. But Rachael Ray's "Firecracker" cocktail includes both Fireball whiskey and orange juice, so maybe it's worth giving the combination a try. 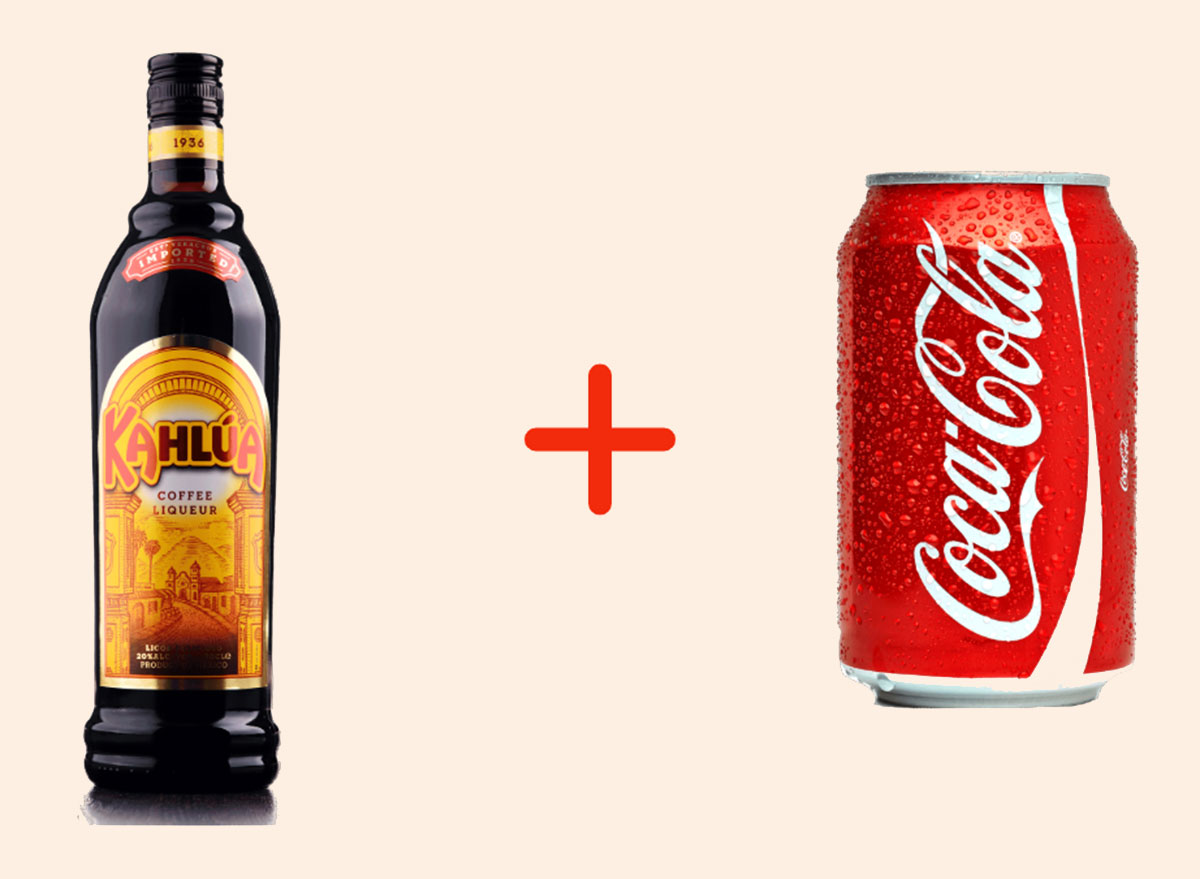 Now that we know people are combining Coke and coffee, it's not a total surprise that there are some devotees of mixing Coke with the coffee-flavored liqueur. Creating a Kahlua and Coke ice cream float seems to be a popular way of pairing the two items, and it sounds unexpectedly delicious. 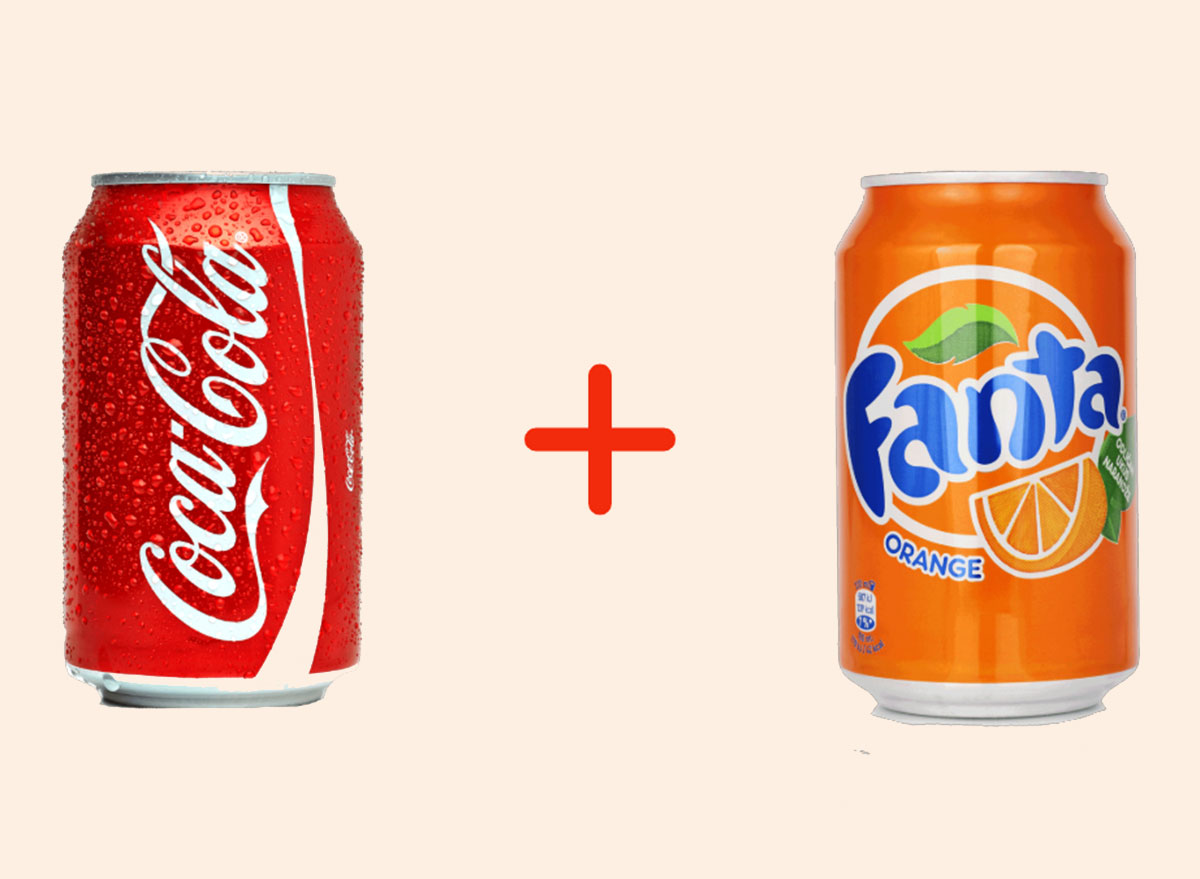 In Germany, there's a soda called Mezzo Mix, produced by the Coca-Cola Company, that combines Coke and orange flavor. Because there's no similar offering in the United States (just the Coke Orange Vanilla flavor), some fans have taken to combining Coke and Orange Fanta, which isn't exactly the same thing, but it does give that orange-Coke flavor combo. 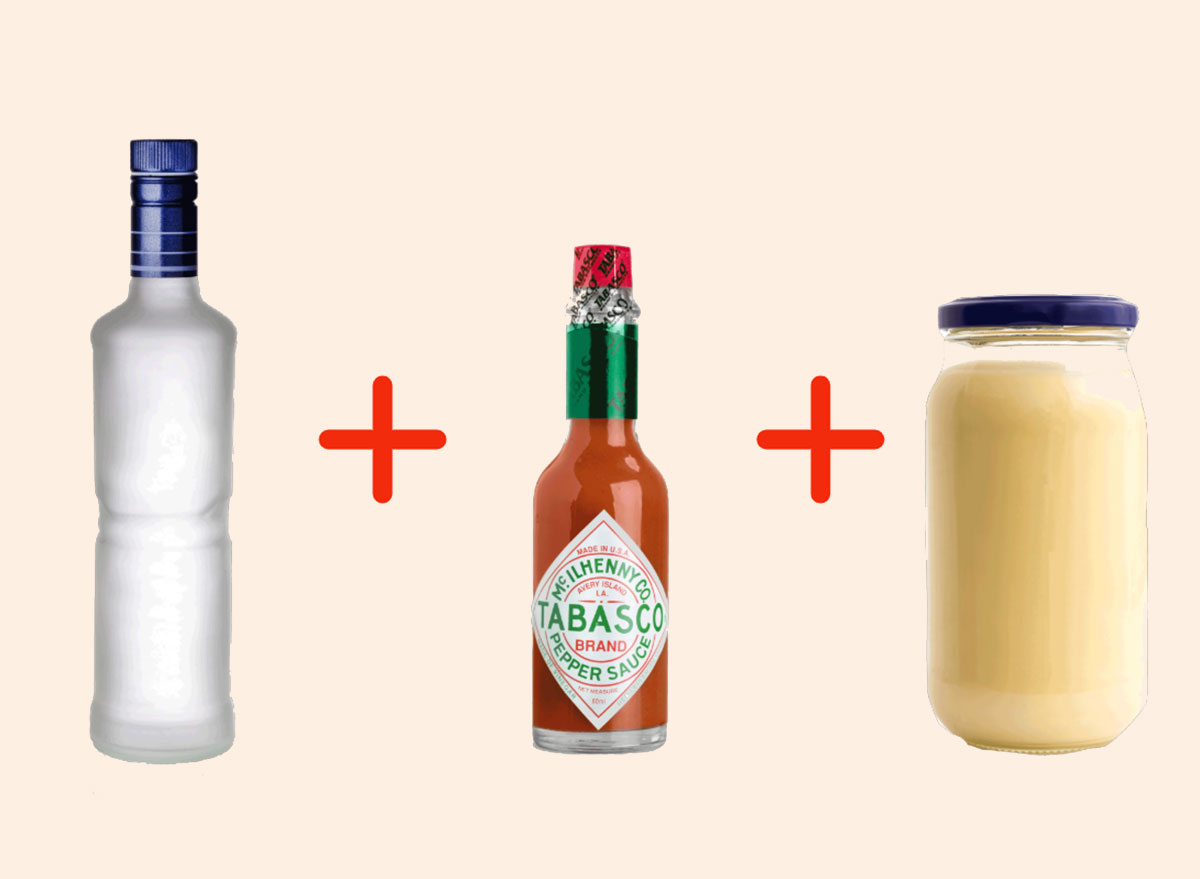 We're sorry to inform you that this exists, but the combination is called a Tapeworm Shot. Yes, because the mayo squeeze looks like a tapeworm floating in the drink. Yum.

Meghan De Maria
Meghan De Maria is a senior editor at Eat This, Not That!, specializing in food, product, and restaurant coverage. Read more about Meghan
Filed Under
Drinks // Tips