You know what's good in the fall? Fresh-baked apple pie. Creamy pumpkin cheesecake with whipped cream. Cranberry chocolate anything. You know what's also good? Not undoing all your clean eating and hours clocked at the gym. Get your dessert fix without serious scale creepage with these healthy desserts we found nestled in every corner of the dessert-obsessed internet.

Sinking your teeth into a slice of pumpkin bread is like getting a big old hunk of comfort, spice and intense fall flavor. Oh, and gluten, eggs, butter and plenty of calories. But this recipe is a healthier version with wholesome ingredients like apple cider, coconut oil and pumpkin puree. Instead of relying on processed white sugar, it's lightened up with pure maple syrup in addition to organic cane sugar. 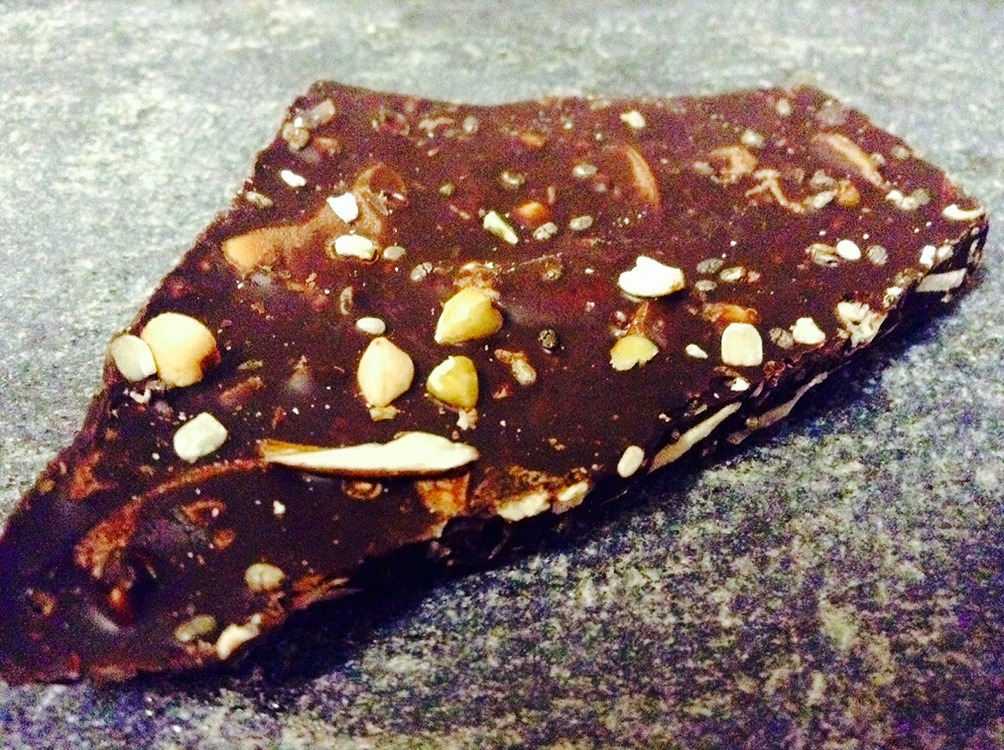 Almonds + dark chocolate = a winning combo. A great nut for weight loss, almonds are good source of muscle-building magnesium and iron. Meanwhile, dark chocolate fights belly bloat by reducing inflammation and slashing cravings (just make sure to look for dark chocolate with 70% cocoa or higher and no added sugar).

Get the recipe on Vegan While Sober.

It looks like breakfast, but it's the perfect post-dinner treat to satisfy a sweet tooth without guilt. Nutritional heavy-hitters like almond butter, ground flax seeds and no-sugar-added dried berries transform the A.M. staple into an irresistible dessert.

This treat is certainly not tricky: Pumpkin puree is luxurious but healthy base for this tasty smoothie that gets a kick from pumpkin pie spice and a hint of maple syrup. You can serve it with a dollop of So Delicious Dairy Free CocoWhip, which is organic, gluten-free, and contains only two grams of sugar per 2 tbsp serving.

Sunflower seed cranberry balls, you had us at no-bake. Simply combine nourishing, filling ingredients like almond butter, gluten-free rolled oats and slivered almonds with with maple syrup before refrigerating and rolling into balls. Got leftovers? Slice them in half and top with your favorite nut butter for a snack, or pair with a protein shake post-workout.

Fall's cooling temperatures practically beg for apple pie. For a more nutritious spin on the autumn staple, try this delectable smoothie, which combines apples, unsweetened almond or coconut milk, gluten-free rolled oats (hey, it's not called an apple-pie smoothie for nothing), cinnamon and nutmeg. Behold: That apple pie feeling without the resulting belly roll. 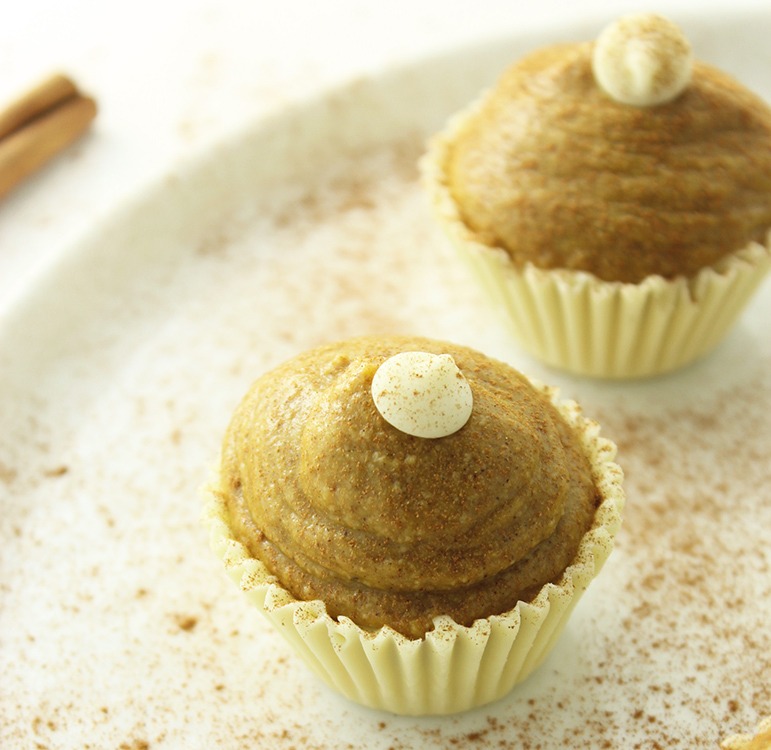 These mini truffles only clock in at 64 calories and six grams of sugar. Pumpkin puree, maple syrup and cinnamon infuse each treat with fall feeling, but to increase its flat-belly friendliness, amp up the cinnamon (which research shows may help keep blood sugar steady and ward off spikes in your insulin levels).

Get the recipe on The Fitchen.

No need for stretchy pants the morning after eating these delightful pumpkin morsels, which lighten up traditional Halloween fare. The healthy makeover commences with pumpkin puree and dates (a great alternative to traditional sweeteners), and the creamy icing is simply pumpkin puree, cinnamon and vitamin-rich cashews.

Get the recipe on The Almond Eater. 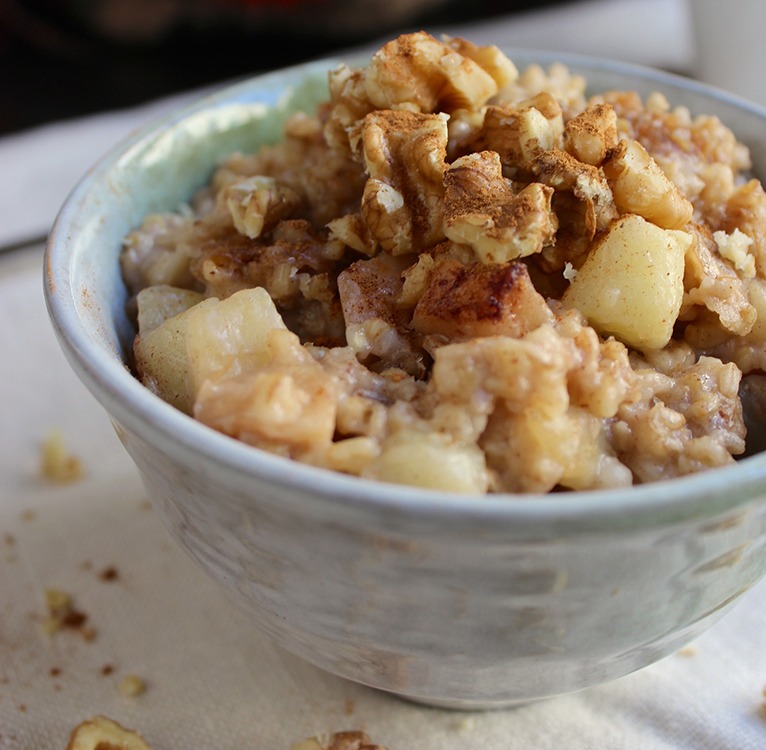 Get the recipe on The Fitchen.

Nothing spells Sunday game day like fistfuls of nachos and sugar-laden desserts. Instead of reaching for store-bought nut-butter cups, try this slimmed-up twist made with almond butter. You can also toss an extra into your post-workout protein shake.

Get the recipe on The Almond Eater.

Pistachios might not get much love in desserts, but it's well worth making this nutritious nut a regular. Honeycrisp and Granny Smith apples are used in this recipe, along with a hint of orange zest and So Delicious Coconut Milk yogurt to keep the dessert dairy-free. Just don't tell your vegan friend there's some in the fridge. 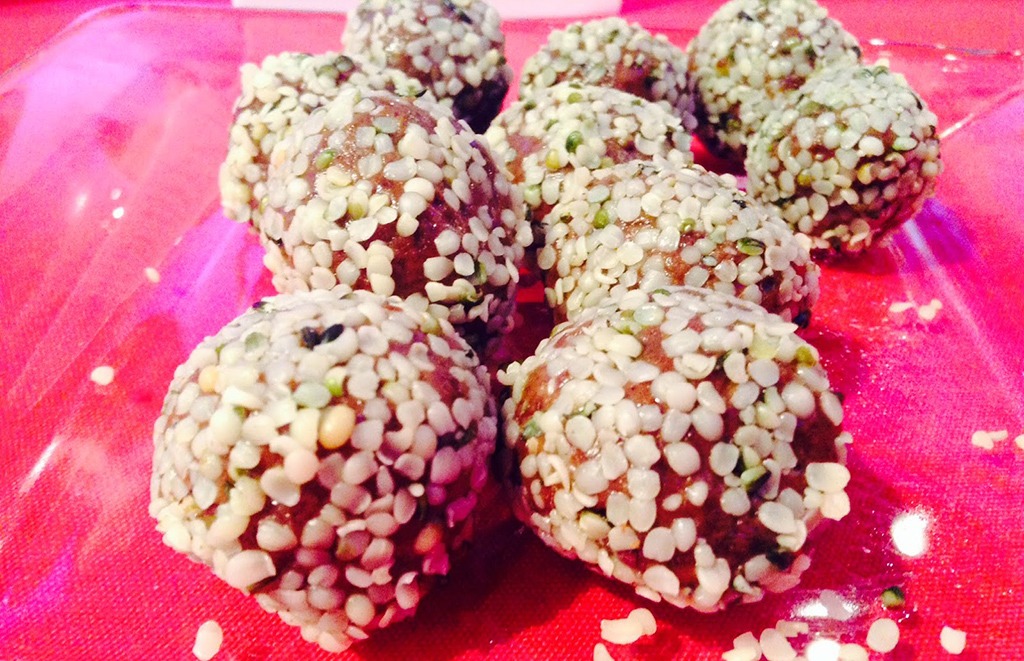 Truffles might as well be fancyspeak for "yes, please." But they also might as well be synonymous with calories and sugar. Not here. These vegan no-bake delights have nutrient-dense hemp protein powder and hemp "hearts" (raw, shelled hemp seeds that are great in smoothies or salad dressings). They have all nine essential amino acids your body needs, plus omega-3s and fiber, so we won't tell if you have a truffle or two with your overnight oats.

Get the recipe on Vegan While Sober.