The Most Popular Hot Dog Cities in the U.S.

If you love hot dogs, you're in good company.

Sure, you've had a hot dog at a baseball game or on the Fourth of July. But how often are hot dogs a part of your grocery list? (Hopefully not too often, considering what happens to your body when you eat hot dogs.) Some cities are keener on the meat, though, which is why the National Hot Dog and Sausage Council decided to analyze which U.S. cities sell the most hot dogs.

And while some of the top hot dog markets are larger cities like New York and Los Angeles, hot dogs are more popular in Southern states like North Carolina and Tennessee. The council took into account "actual sales vs. expected sales based on population," per a press release, leading to a number of Southern cities on the list of the "Top 10 Markets Where Hot Dogs are Most Popular." So while more hot dogs are sold in New York City than in, say, Raleigh, they're more popular in the latter city.

With that in mind, here are the U.S. cities where hot dogs are the most popular. Get ready to fire up the grill!

Nashville may be most famous for its hot chicken, but its residents enjoy hot dogs, too.

And if you love food, sign up for our newsletter to get daily recipes and food news in your inbox!

New York state's capital city might agree that a hot dog is a sandwich.

Arkansas' capital loves throwing hot dogs on the grill for an easy meal any time of year.

Hot dogs are even more popular in Knoxville than in Nashville.

The only Alabama city on this list, Birmingham joins other Southern cities in its love of hot dogs.

Three different places in North Carolina made the National Hot Dog and Sausage Council's list of U.S. hot dog cities. The state loves its hot dogs, that's for sure!

Fourth place on the National Hot Dog and Sausage Council's list was a tie between Paducah and Cape Girardeau. The more hot dog cities, the merrier!6254a4d1642c605c54bf1cab17d50f1e

Second and third place for the most popular hot dog cities went to North Carolina's major metropolitan areas. If you're visiting the Charlotte Motor Speedway, a hot dog sounds like the perfect lunch to fuel a day of excitement. 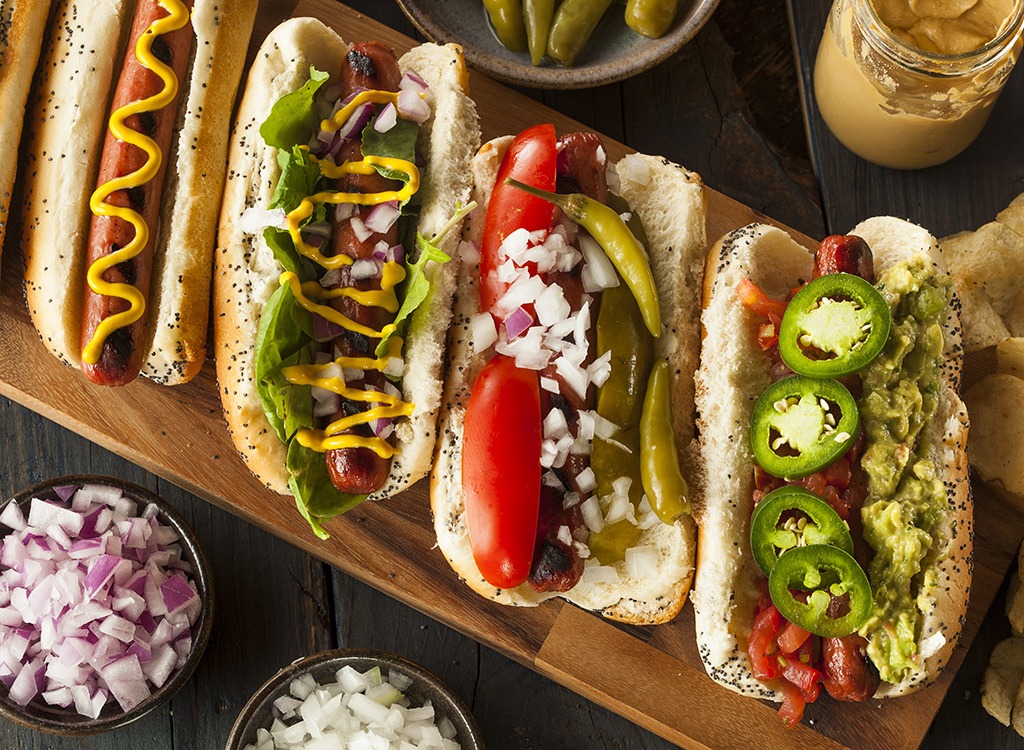 There you have it: The U.S. city where hot dogs are the most popular is none other than Buffalo, New York. Forget chicken wings; it's all about those juicy links.

Meghan De Maria
Meghan De Maria is a senior editor at Eat This, Not That!, specializing in food, product, and restaurant coverage. Read more
Filed Under
Groceries