If your weight seesaws more than a pair of toddlers on a playground, we have the perfect tips to help you keep those pounds off for good.

Leave the back and forth to the yo-yos. When it comes to lowering the number on the scale, there's nothing more discouraging than finally succeeding only to find yourself right back where you started a couple weeks later.

Here's how you have to reframe your diet mindset: Instead of working to make progress—and throwing in the towel once you've hit your goal—you need to work to maintain it, which is something the majority of weight watchers struggle with.

That's why we've rounded up a few tried and true tips to make it easier to slash those pounds and leave them in the dust. Start by moving any of the 14 Inflammatory Foods That Are Making You Fat from your cupboard to your trash can, then blast those pounds once and for all with our helpful hacks below.

Muscles aren't made on the couch—they're made in the gym and the kitchen. But what happens when your job requires you to sit for hours at a time, or when the only thing you want to do afterwards is catch up on your favorite shows? It might be time to rethink your routine and get moving. According to a study in the Annals of Internal Medicine, people who do one single workout sesh and sit the rest of the day are at risk of the same negative health risks as people who don't work out at all. You know what that means? No matter how much time you spend weight-lifting or meal-prepping, you'll still regain the weight you've been working off. No wonder sitting is one of the 50 Little Things Making You Fatter And Fatter. 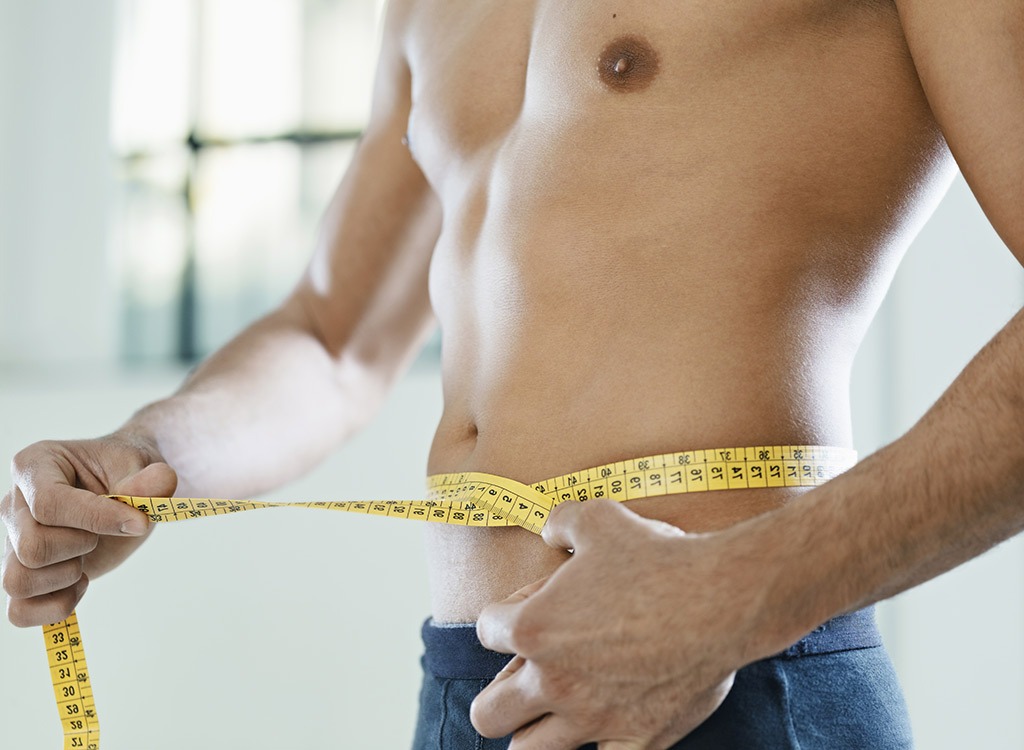 A Stanford University study claims that only 5 percent of people are able to keep off the weight they've lost, meaning a whopping 95 percent fall short of this feat. But keep heart; there are ways to beat these odds. When researchers from the pharmaceutical company Novo Nordisk Inc. observed obese patients on their weight loss journeys, those who lost 15 percent or more of their body weight were most likely to continue losing more over time. In fact, fewer than 19 percent of participants packed on the pounds they'd lost after two years. Those are much better odds, so don't go for modest results when you start slimming down and reach for 15 right out the gate.

Load Up On Berries

Start boosting your berry intake ASAP. Whether you're a fan of raspberries, strawberries, blueberries, or blackberries, popping a handful of these fresh fruits into your mouth means packing on polyphenols. According to research by Texas Woman's University, these chemicals can help keep the fat off. Believe it or not, fat-cell formation in mice decreased by up to 73 percent when they were fed three servings of berries a day, so buy a bunch next time you hit the grocery store.

Everyone deserves to treat themselves once in awhile, but that doesn't mean you should be indulging in cheesecake every Saturday night or syrup-laden French toast every Sunday morning. According to a study in the American Journal of Clinical Nutrition, the majority of people who lose weight and keep it off stick to a consistent diet whether it's a weekend or a weekday. That means pushing back on peer pressure when you're out to dinner with friends and looking out for protein-rich, low-fat options on the Sunday brunch menu. Calories don't take the weekend off and neither should you!

If you're not gaga for Greek yogurt yet, it's time you get with it. Each cup of the good stuff is low-cal and has a much higher levels of protein than fat, as well as a lot less sugar than the flavored low-fat varieties in your fridge. And while we get that the sour taste isn't everyone's fave—at least in the beginning—there's a way around that. Dump in a handful of berries, or nuts, or both, and you'll love spooning out this tasty, satiating treat. Incorporate this into your breakfast routine and those pesky pounds won't stand a chance.

Remember the polyphenols in berries? They run rampant in cinnamon as well, so feel free to spice up your morning cup of oatmeal or yogurt with a sprinkle of the stuff. Not only did a study in Archives of Biochemistry and Biophysics show this to decrease belly fat in animals, but the American Journal of Clinical Nutrition published studies claiming that a teaspoon atop a carb-heavy meal could stabilize blood sugar. There's a reason it's on our list of 13 Secrets To Slim Down For Summer.

We don't know about you, but if someone managed to lose 66 pounds and keep it off for more than 5 years, we'd take weight loss advice from them. And luckily, we can! According to the National Weight Control Registry members, 80 percent of people who hit this mark claim to regularly have breakfast. As if you needed another reason to make a habit of eating the most important meal of the day. Instead of starting the morning with just any old thing, we recommend going for eggs, Greek yogurt, or overnight oats.

Know what your diet needs? New tableware. According to a study in Appetite, people consume less snack food and soda when their plates and cups are red, possibly because the color acts as a subtle signal to your mind to stop. If that sounds a little too out there for you—or if red clashes with your kitchen—try a simple swap instead. Eat from a salad plate for perfect portions that cut cravings.6254a4d1642c605c54bf1cab17d50f1e

…And The Right Protein

All protein is not created equal. Turns out halibut is some of the most satiating stuff out there, so don't let chicken and beef distract you from packing on the protein with this white fish. It ranked as the second most filling food in a study published in the European Journal of Clinical Nutrition just under boiled potatoes. Besides its high levels of protein, this fullness may be due to the serotonin that's found in halibut, which is hormone that plays a major role in our appetite signals. Do dinner differently with a plate of fish and say goodbye to midnight cravings. 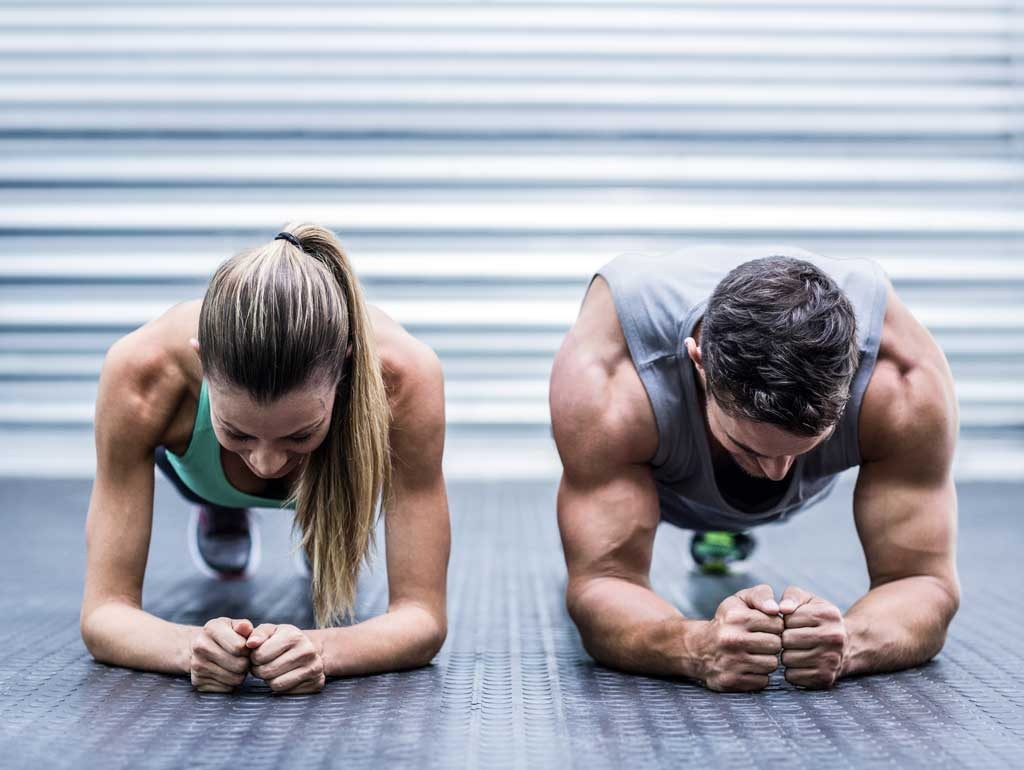 Can't get enough of your significant other? Try taking them to the gym. A study in JAMA Internal Medicine found that out of almost 4,000 couples, people who teamed up with their partner were more likely to maintain their healthy habits. It makes perfect sense; not only can you build each other up with positive peer pressure, but you can squash the tantalizing temptation of one partner digging into ice cream while the other snacks on celery and peanut butter. Make your journey easier by refusing to go at it alone! That's one of the 10 Ways To Lose Weight And Keep It Off.