Step aside, buttery Ritz—there's a new cracker in town!

If you haven't heard of Mary's Gone Crackers, then now is the time to hit the store and purchase a box because these things have got people talking and their mouths watering. Below, Eat This! has compiled 15 reasons why you, the foodie, should invest a few bucks into this awesome new snack staple. And if you find yourself inspired to track down the perfect hummus to dip your cracker into, don't miss these 22 Best & Worst Popular Hummus Choices!

They're Full of Heart-healthy Seeds

If you couldn't tell by the picture, the seeds literally bulge out of the cracker. There's even a type of Mary's Gone Crackers called "Super Seed." Why? Just take a look at the ingredients in the Super Seed Everything: pumpkin seeds, sunflower seeds, brown sesame seeds, brown flax seeds, and finally, poppy seeds. Talk about one heck of a powerhouse cracker! The pumpkin seeds, for example, provide you with a sufficient daily dosage of zinc while the sunflower seeds give you a boost of vitamin B1. There are even ones with chia seeds. Pick and choose between the flavors and see which seed combo fancies your taste buds!

These Crackers Are Advocates for Change 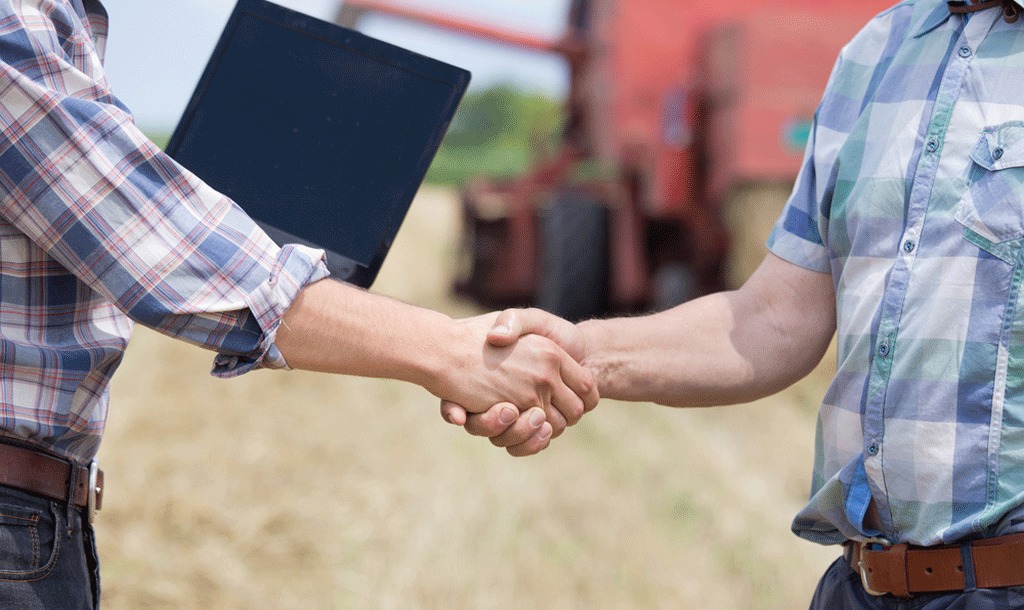 If the abundant seed usage wasn't enough to make this cracker stand out amongst the rest, then maybe the company's mission will woo you. Mary's Gone Crackers are advocates for a movement they coin "Conscious Eating," which entails supporting various organizations that ensure the safety of both food and water, federal regulations for healthy school lunches, organic farming practices, and more. Check out their "Taking Action" section to see how you too can get involved and advocate for change in food policy!

Ancient Grains Are a Key Ingredient 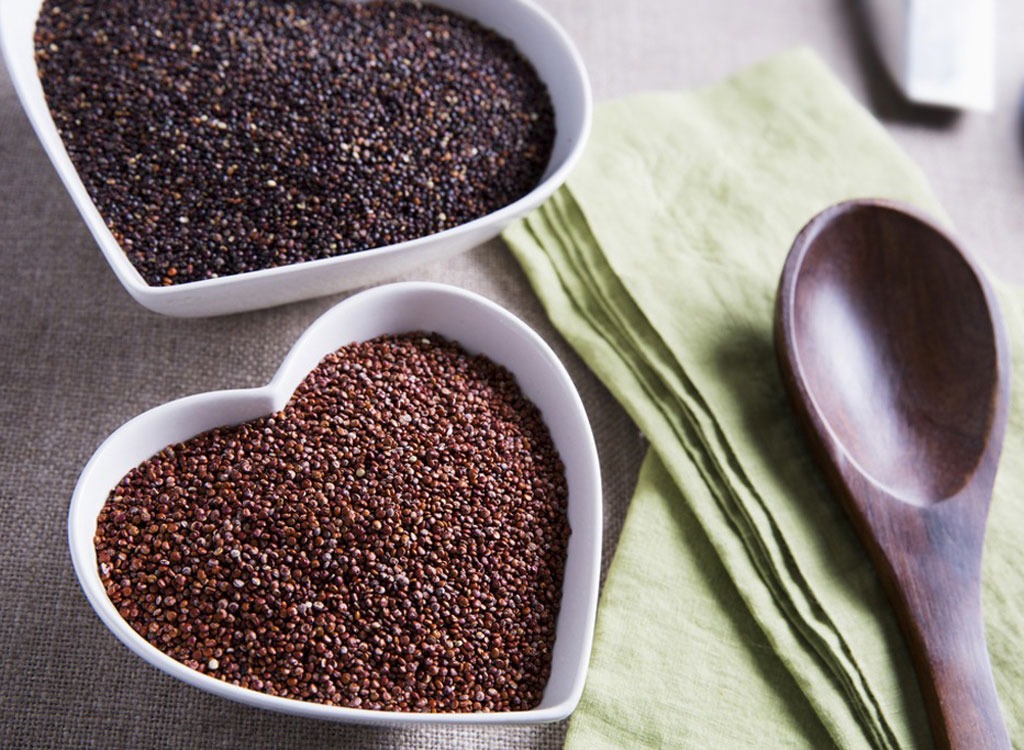 Quinoa recipes may be a relatively new trend, but the grain is rather ancient and dates back about 5,000 years! Quinoa, surprisingly, is not as old as another ancient grain (which tops it by an additional 3,000 years) that's often overlooked and its name is amaranth. The amaranth plant was a staple grain for the Aztecs and Incas over 8,000 years ago. It has not gained the fame that quinoa has in the past five years, however, with its outrageous nutrition content, it's only a matter of time until a vast majority catches word. Loaded with an alphabet of vitamins and minerals such as iron, calcium, vitamin E, and vitamin B5, this grain makes for a nutrient-loaded snack. 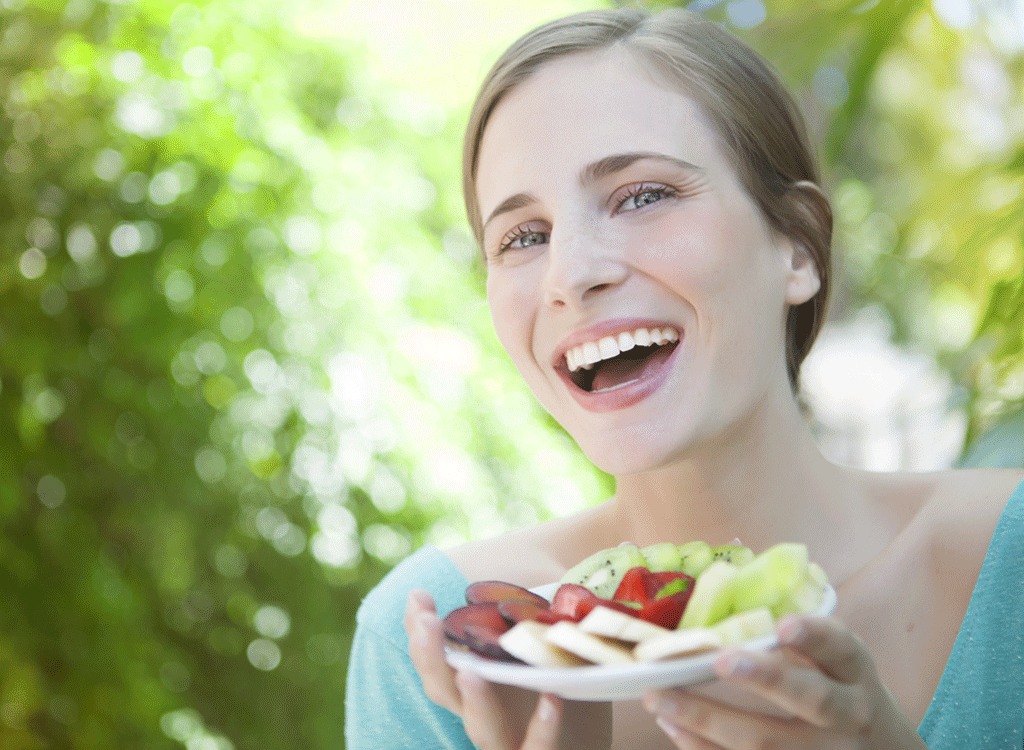 Mary's Gone Crackers absolutely meets the criteria of vegan foods! All of Mary's products are free from dairy and eggs, so there's no need to worry about any lactose or whey being hidden in between the copious amounts of seeds!

Formerly a psychotherapist, Mary was diagnosed with celiac disease at the age of 43. That's when she left her practice to turn her lifelong passion for baking into creating gluten-free treats. For all who endure the wrath that is the autoimmune disease known as celiac, or maybe for those who just don't feel the best after consuming gluten, you're not alone. And these crackers have got your back! There isn't a single product of Mary's that includes even a hint of gluten, so indulge away and be free of pain.

We get it, you've heard that organic products are the end all be all, but you still don't know exactly what makes nutritionists, dieticians, and health foodies alike worship the name. The word "organic" indicates the way in which the crop was cultivated. Mary restricts pesticides, synthetic fertilizers, and, genetically modified organisms in the cultivation of her grains and seeds. The answer lies within the soil— if it's been sprayed with toxic chemicals year after year, the crop is referred to as conventional. Easy peasy lemon squeezy.

They Support the Ecosystem 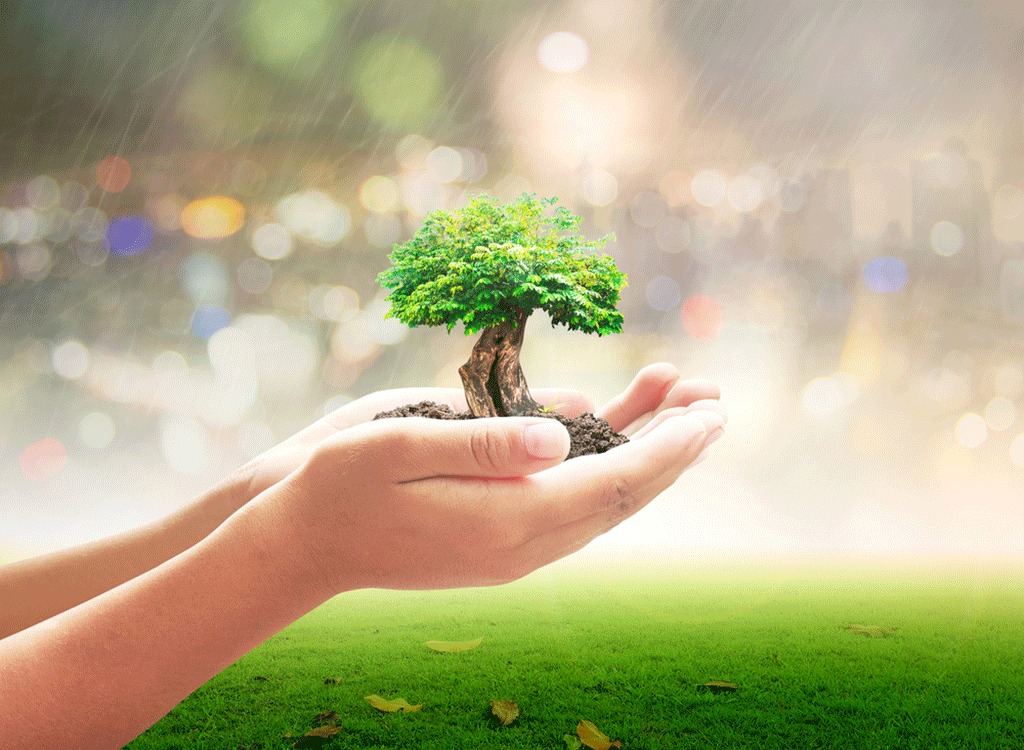 Speaking of the soil, organic farming actually protects its longevity, which impacts our longevity, too! In other words, this means that little Johnny's grandkids will be able to enjoy food grown by the earth's fertile soil 80 years down the road. When soil is sprayed with harmful pesticides and fertilizers, though, it disrupts the process of organic matter being broken down (naturally) by bacteria, insects, and microbes. This invasion of unnatural substances disrupts the subterranean ecosystem because it kills off all of the soil's healthful attributes that are continuously recycling themselves back into the system to make crops flourish. What's worse is that once the soil has been sprayed, it's nearly impossible to remove. Who would have thought that munching on a cracker could simultaneously promote the durability of the ecosystem? Pretty powerful stuff!

They Have a Substantial Amount of Fiber

If you're looking to up your intake in high fiber foods, then you've come to the right cracker. Just one serving of the Super Seed variety (12 crackers) offers 3 grams of fiber, whereas two servings of Ritz crackers (10 crackers) don't even offer one full gram! Something that may be overlooked about fiber is its ability to lower the bad cholesterol known as, LDL. Soluble fiber, which is the type of fiber found in seeds, attracts water in the body and turns into a gel. This gel then binds to bile acids and works to remove them from the body through waste. As a result, your liver must continue to use more cholesterol to produce more bile acids, which ultimately lowers the amount of cholesterol available to make the artery-clogging variation, LDL. In short, noshing on this nutty snack will help to keep your cholesterol numbers down! 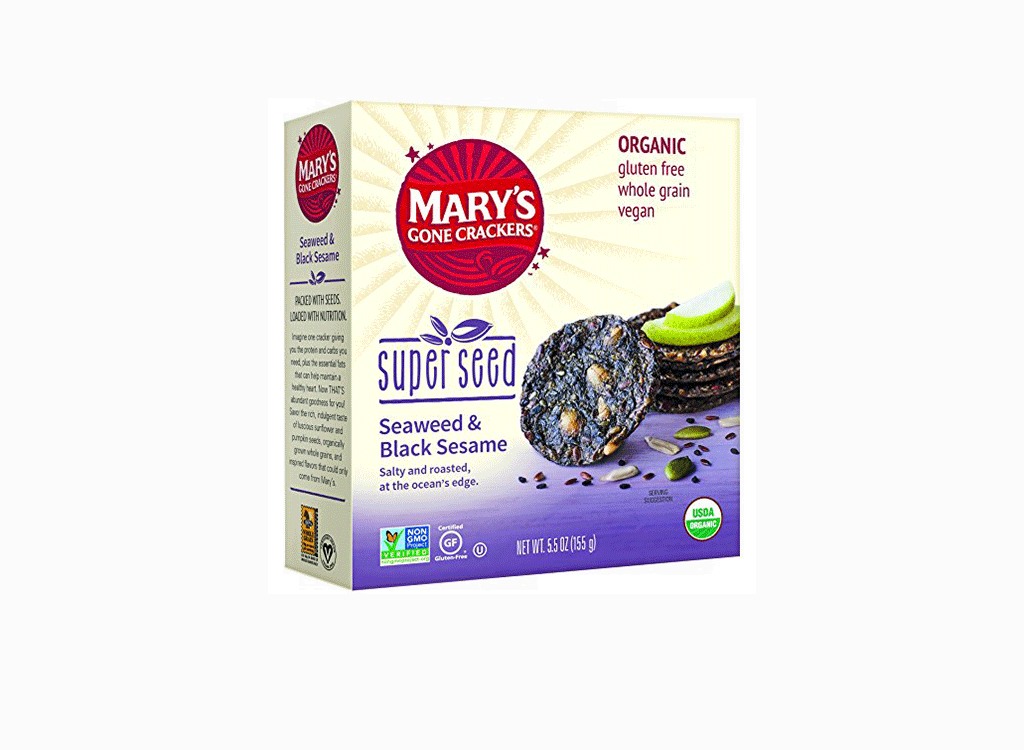 Yep, you read that right; this cracker definitely has seaweed in it. But before you let judgment surpass curiosity, it may be worthwhile to learn that a compound in seaweed called alginate is known to suppress the digestion of fat in the gut? In other words, regular intake of seaweed will help you lose belly fat! Warm yourself up to chomping on some of this sea-bound plant by trying it out in a savory, seed-filled cracker.

If Crackers Aren't Your Scene They Have Pretzels 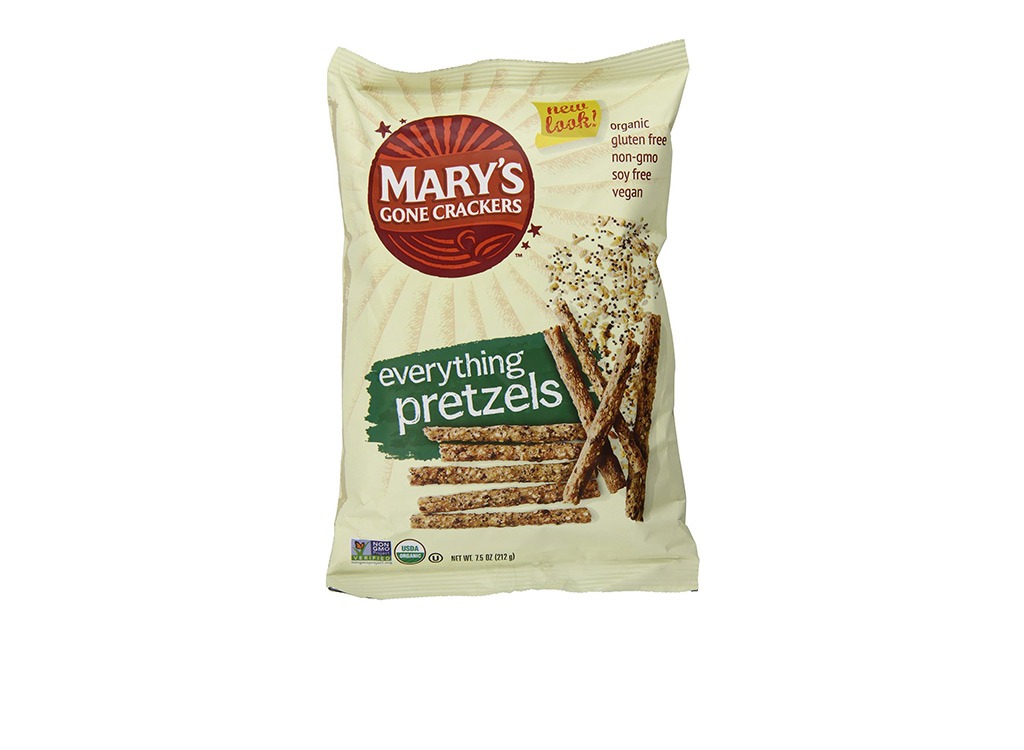 If you prefer your snacks to be crunchy, but crackers aren't your scene, there's another crispy contender among the bunch and it goes by the name of pretzel. This is not your ordinary Snyder's pretzel, though, which is predominately made of enriched flour. This pretzel comprises not one, not two, but three organic ancient grains including quinoa, amaranth, and millet. Not to mention, one serving of 15 sticks provides a whopping 3.5 grams of fiber, whereas a single serving of Snyder's dipping sticks (14 sticks) doesn't even reach a full gram. The winner is quite apparent in this scenario! 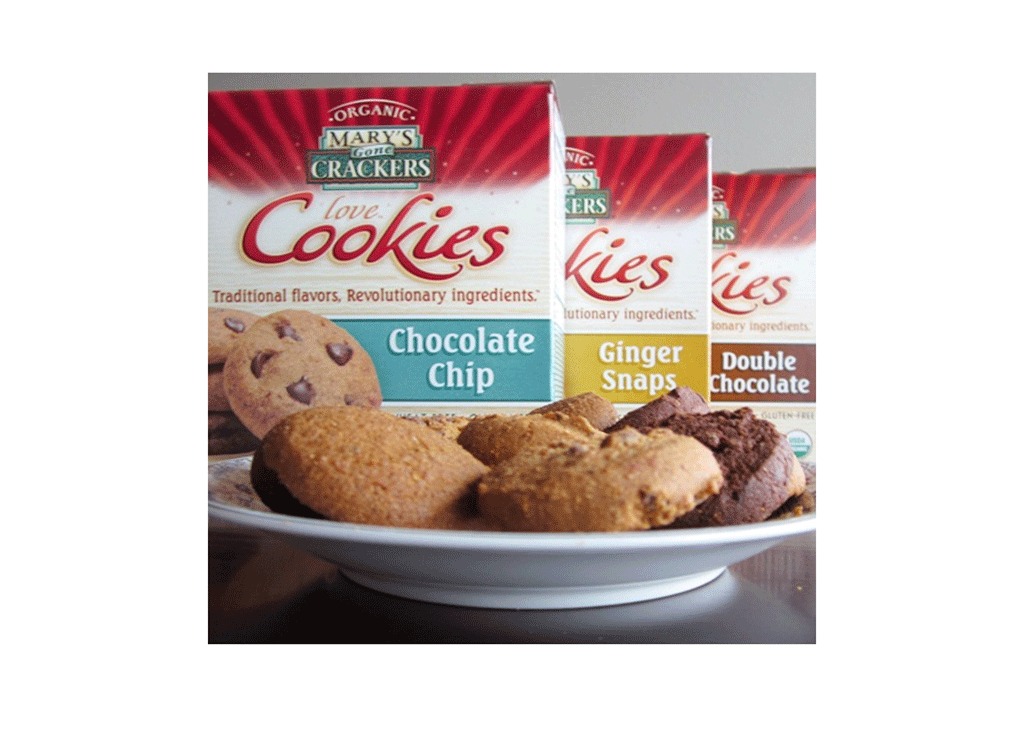 So, you're craving something sweet? Instead of sacrificing your cheat meals for an ol' dessert you can get your hands on, opt for grabbing a serving of Mary's cookies. One serving of three gingersnap cookies only costs you 5 grams of fat, 140 calories, and 9 grams of sugar—not too shabby!

They Will Keep You Energized

Simply put, this cracker is the farthest thing from being classified as an "empty calorie" snack. This cracker is loaded with healthy fats from the myriad of seeds housed within a bed of ancient grains, which provide the body with the healthy carbohydrates it needs to endure daily activities. These calories are worth something to your body, so there will be no guilt or shame after eating a serving of one of Mary's nutrient-dense treats.

The Business Was Created on New Year's Day 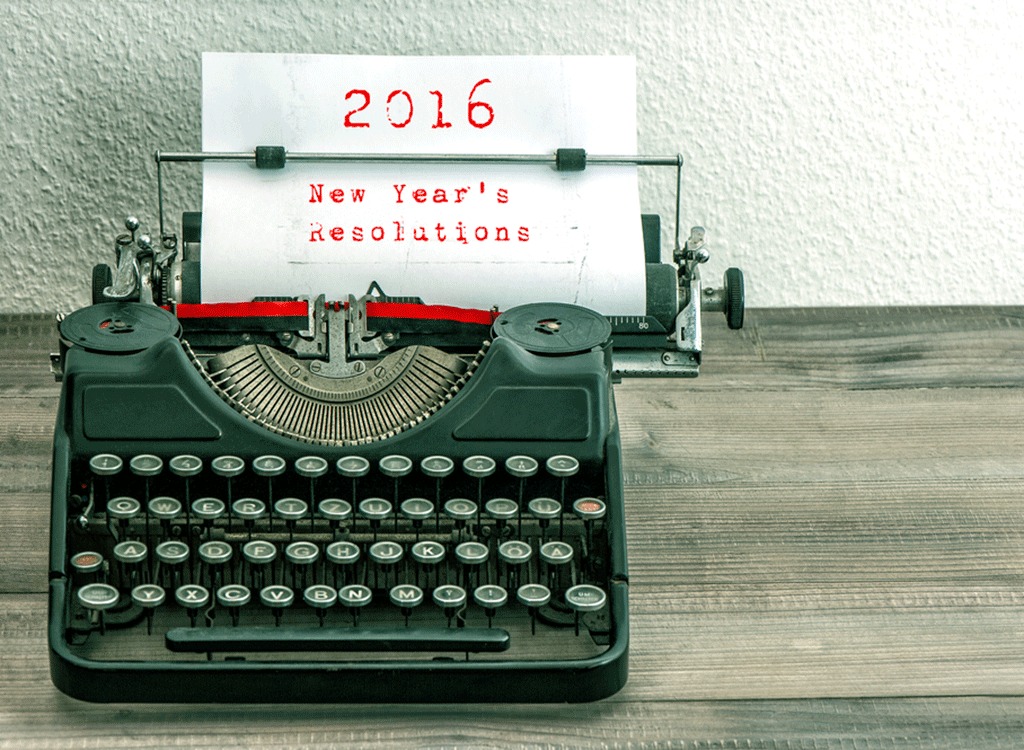 Talk about a good New Year's Resolution! On New Year's Day in 1999, Mary attests to waking up with a sense of knowing that she had to make these crackers. Five years later, her vision came to life with a complete business plan and some initial investors. Mary and her husband Dale quit their jobs and invested all of their life savings into launching the business. If that's not risky business, we don't know what is. One thing's for certain: Her risk paid off and we're so glad she took a chance on her intuition.

They Pair Well with Nut Butters

If you're an avid fan of vitamin E-rich almond butter, then don't be afraid to dip a cracker, pretzel, or cookie into a jar of creamy, nutty goodness. Not only will this up the snack's protein profile, it will also make for an even more filling experience. Bye bye, tummy grumbles; hello, contentment! If almond butter isn't your fave, peanut butter or cashew butter also pairs harmoniously with these crisp crackers.

Ingredients Are Strictly Grains and Spices 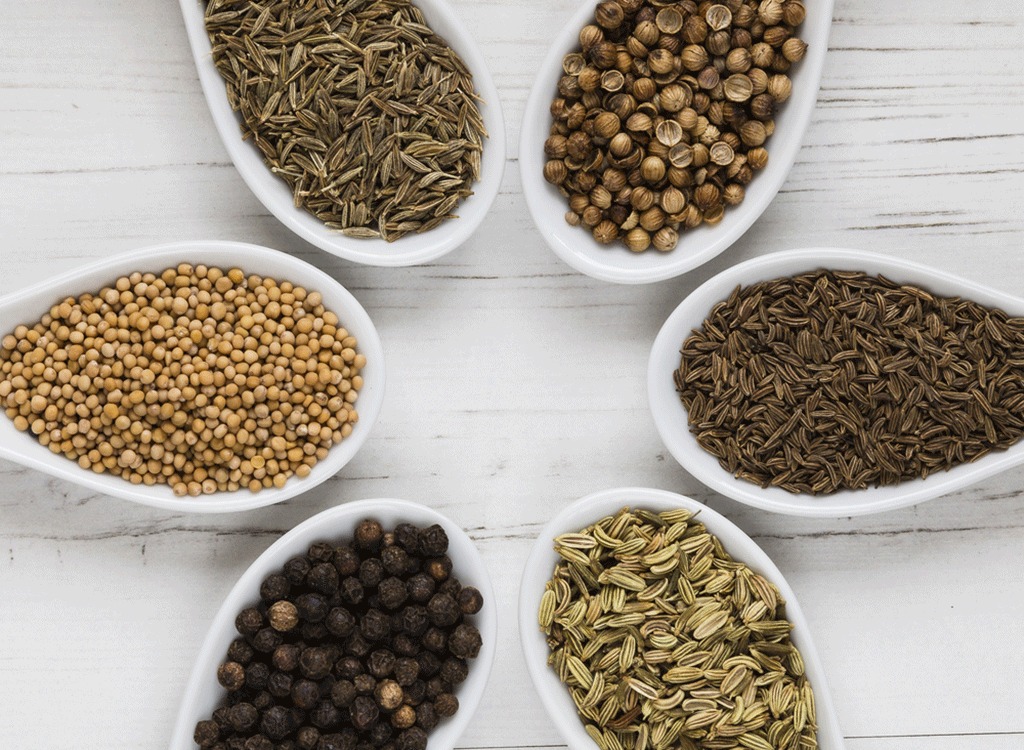 If you look at the ingredients in the Super Seed Crackers, you will not find a trace of an ingredient that you cannot identify as being either a grain or spice. Snaps to this cracker for being made of real foods. For an idea of what not to eat, check out the 40 Most Horrifying Things Found in Food for some insight on which ingredients to avoid as much as possible.