Don't Have Time to Exercise? Try Doing This Instead, Says Research

New science reveals how heat therapy works wonders on your heart and your blood flow.

Despite what you may have seen in some science-fiction films, there's nothing you can possibly do that fully replicates the positive effects of exercising on your body. As we've reported here at ETNT Mind+Body, exercise not only helps you burn calories, build muscle mass, and bolster your heart, but it also leads to a host of other benefits, which include boosting your creativity, reducing your wrinkles, slowing your hair loss, and even becoming a better public speaker.

All this to say, once again: Exercise is irreplaceable. However, according to new research published in the Journal of Applied Physiology, there's at least one "passive" activity you can be doing if you don't have time to take your morning run that can indeed replicate at least a few of the benefits of regular exercise. What's more, it's just about the laziest thing you can possibly do. Curious to know more? Read on, and for some great "active" activities to try, don't miss The Secret Exercise Trick for a Flatter Stomach After 40.

Bring on the Heat 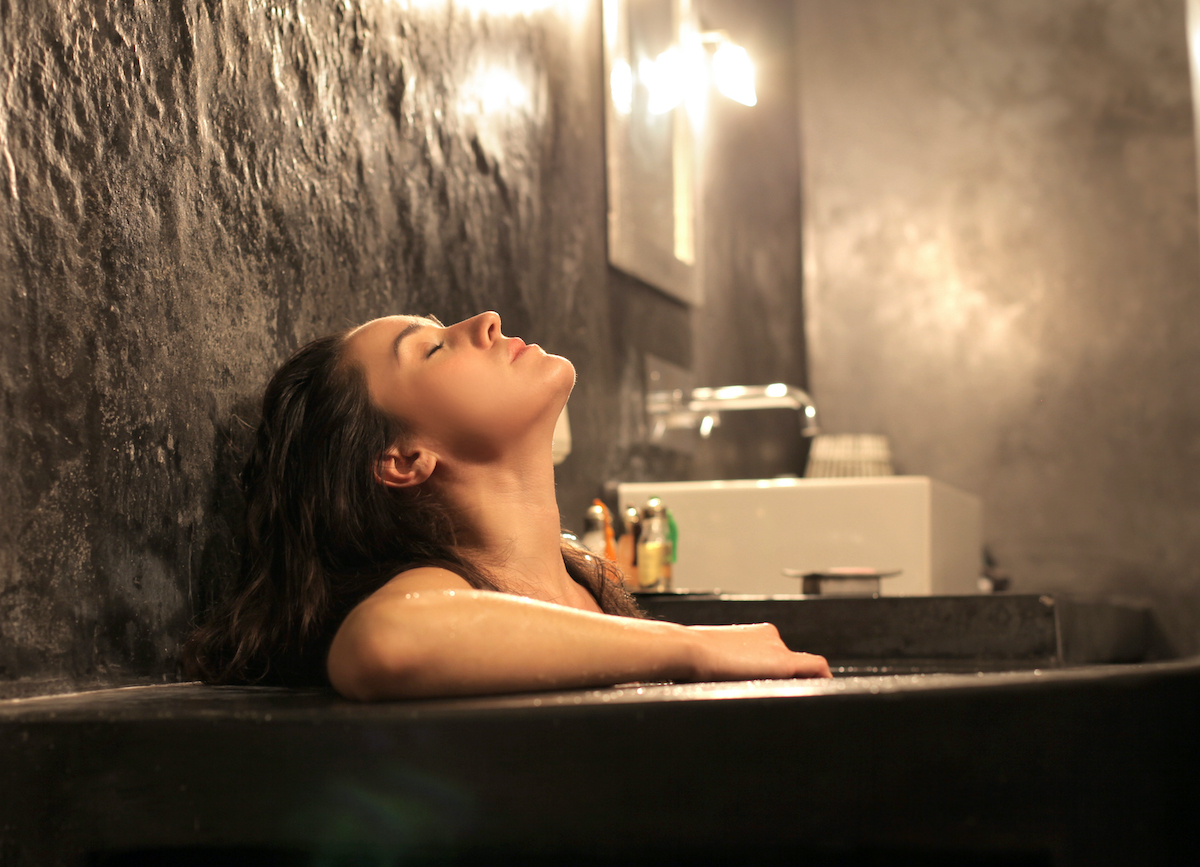 "Our recent review of the research [that was published in the Journal of Applied Physiology] found that regular sauna or hot tub bathing can indeed bring about some similar health benefits to that of low to moderate intensity aerobic exercise, such as walking, jogging and cycling," writes Charles Steward, MSc, a Ph.D. candidate at Coventry University's Centre for Sport, Exercise, and Life Sciences, in an article published on The Conversation. "On first glance, comparing a hot bath or sauna to a jog might seem illogical—after all, the former tends to be seen as relaxing and the latter tiring—but they are more similar than you may think."

According to Steward, who has devoted his career to researching the effects of heat therapy on the human body, taking a hot bath, soaking in a sauna, or lolling in a hot tub will increase your body temperature and also slightly your heart rate—two things that happen when you head out for a brisk walk or partake in other forms of exercise. And for more science that will leave you surprised, don't miss these Totally Crazy Side Effects of Exercise You Didn't Know, According to Science.

Steward notes that "passive heating"—or applying heat to your body while you're at rest, as you would be in a hot tub or sauna—comes with a range of health benefits and can even extend your life. Science backs him up: One study published in 2015 in JAMA Internal Medicine found that "increased frequency of sauna bathing is associated with a reduced risk of [sudden cardia death, fatal coronary heart disease, fatal cardiovascular disease], and all-cause mortality."

Though we may look at hopping in a sauna or steam room as a lazy pastime that may or may not be worthwhile, remember that civilizations and cultures have been using heat therapy for as far back as history goes. "The Romans, for example, are famous for their love of hot baths," says Steward. "Bathing in their neighborhood thermae—the communal baths—were considered a relaxing social activity. Other similar practices have occurred all over the world."

Hot baths are a crucial part of Nordic, Japanese, and South Korean cultures, as well.

The Proof Is in the Health Data 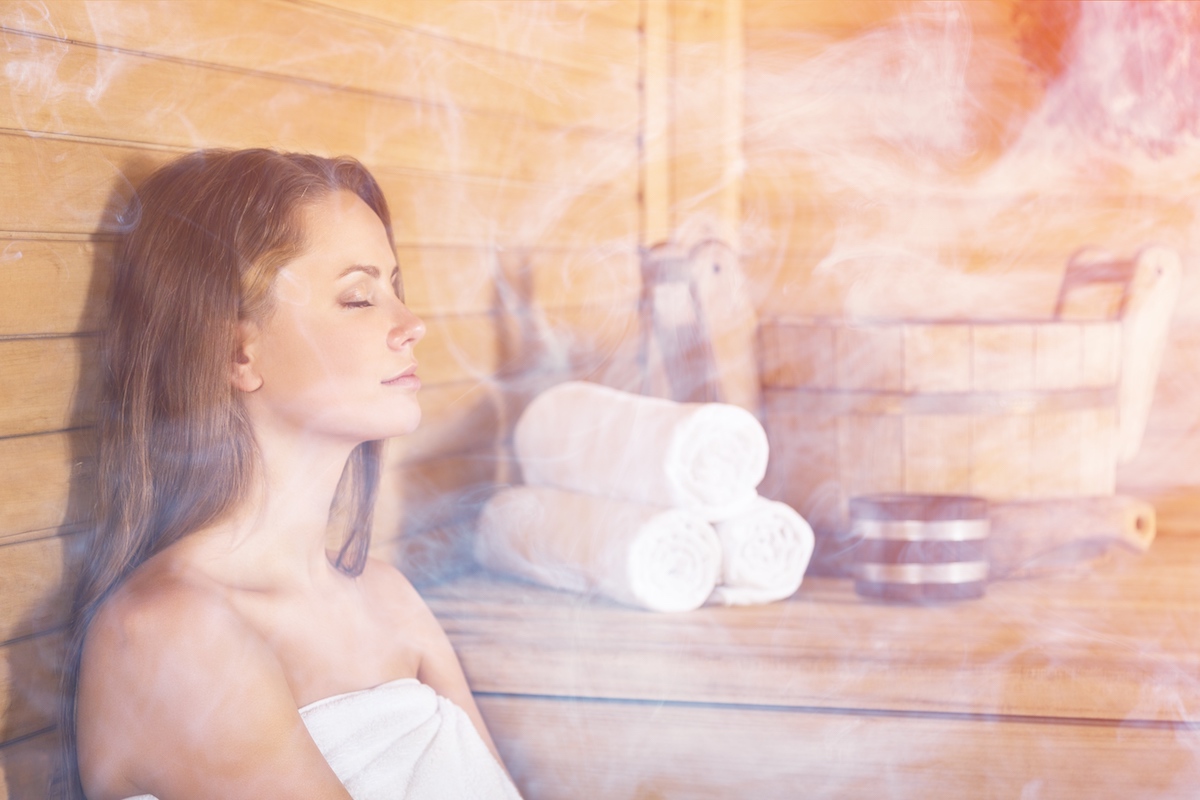 Fact: In Finland, there are more than half as many saunas as there are people, and Steward notes that all of that sauna bathing isn't for naught. "Those who participate in four to seven sauna sessions per week [have] an astonishing 50% reduction in the risk of fatal cardiovascular disease when compared to those who went once a week," writes Steward. "[Also,] sauna attendance [is] associated with a significant decreased in the risk of dementia and Alzheimer's Disease. It's not such a surprise that the Finns refer to saunas as 'the poor man's pharmacy.'"

So Should You Buy a Jacuzzi?

Well, if you can afford one, sure, go for it. But this new research merely underscores the overlooked health benefits of exposing your body to hot temperatures for brief periods of time. When your body gets hot, it increases your blood flow—especially to your skin, "which is in part supported by the vasodilation (widening) of your arteries and capillaries," writes Steward. "This elevation in blood flow, which I measure through ultrasound scans, also promotes the production of various molecules in the blood that can help cell growth, repair, and protection of your blood vessels."

When paired with regular exercise, the research says that you're looking at a stronger heart, better blood vessel health, and better blood pressure and blood sugar levels.

So try taking more hot baths and using your steam room at the gym a few times a week. But don't stay in too long, as too much heat can cause dizziness and fainting and can potentially become dangerous.

Ultimately, consider heat therapy a supplemental thing to exercise, not a replacement. "Using hot baths or saunas shouldn't be considered as a substitute for exercise," says Steward. "But it can mimic some of the health benefits—and we think that when used in conjunction with exercise, it can give rise to greater health." And for more on the benefits of exposing yourself to heat, see here for 5 Things Taking a Hot Bath Does to Your Body, Says Science.