The #1 Secret to Getting Stronger, Says Strength Coach

Are you training regularly but not seeing or feeling results? This may be the culprit... and the fix.

Go into any gym or health club and you'll witness people lifting dumbbells and barbells or working out on resistance machines and… wasting their time. They're not getting stronger or fitter or leaner than they were a month ago even though they've been religious about exercising two, three, or more times a week.

What are they doing wrong?

They're not pushing their muscles hard enough to trigger muscle growth, say strength coaches and personal trainers. "In my experience, left unchecked, some people will use the same weight over and over again just because it's 'safe,' and then they'll never get stronger," says Jake Harcoff, CSCS, owner and strength coach at AIM Athletic in Vancouver. "At the end of the day, if you are not progressively overloading your muscle, the benefit of your work falls off."

In fact, a Brazilian study published in the Journal of Strength and Conditioning Research in February 2021 demonstrated this tendency to default to the same weight. In the experiment, researchers asked 160 people who strength train regularly how much weight they usually put on the bar for doing 10 reps on the bench press. Next, the lifters were asked to perform as many repetitions as possible with their self-reported "maximum weight" for 10 good reps. On average, the lifters performed 16 reps with the weight they would usually use for 10 reps. Nearly 15% of the study participants performed more than 20 reps with their 10-rep load! They were short-changing themselves on getting a worthwhile workout by using resistance loads far too light for optimizing muscle growth.

To stimulate muscle growth, you must first create muscle breakdown. Then, you must allow rest time for the repair process, during which your body heals the microtears in your muscles from strength training, which then makes you stronger.

How do you know if you are stressing your muscles enough to encourage growth? Keep reading to find out. And for more, check out these 6 Multi-Muscle Moves That Burn Fat Fast.

The Secret to Strength-Building

Many trainers recommend pushing yourself into the "near-muscle-failure zone." To do this, you first start with the heaviest weight you can lift for just one rep while still maintaining good form—aka your "1-rep max." Then, calculate 70 to 80% of that weight, which is the amount of weight you should be using during your 8- to 12-repetition sets.6254a4d1642c605c54bf1cab17d50f1e

But, there's an easier, safer way to figure out if you're using enough resistance to stress your muscles for growth. It's called "reps in reserve," and is often referred to with the shorthand "2-3 RIR." Harcoff says it's ideal for the general population of clients "who will have no idea if they are actually getting close to muscle failure simply because they have never gotten there in the past, or they do whatever they can to avoid the discomfort of training to failure."

How to Establish Your "Reps in Reserve"

A general guideline is to use enough resistance during each exercise so that the last two to three reps of your last two sets feel very challenging, but not so hard that you can't complete them with proper form. This will get you pretty close to that near-failure muscle stress level that spurs growth.

As Harcoff explains: "I suggest choosing a weight that you think you can do for the prescribed number of reps… like, say 10-reps. If you can do 12 reps in two consecutive sets with good form, it's time to increase the weight you're using.

Once you find you can go beyond those last two tough reps, it's time to progress again. Harcoff calls adding "load" or more weight to your lifts his "ace in the hole when it comes to progression."

That said, increasing load too quickly is also the fastest way for proper form to fall apart, which can potentially cause injury—especially for beginners. So be cautious, and listen to your body or trainer.

Related: This Workout Is Better for Your Health Than Running

Get Out of Your Comfort Zone 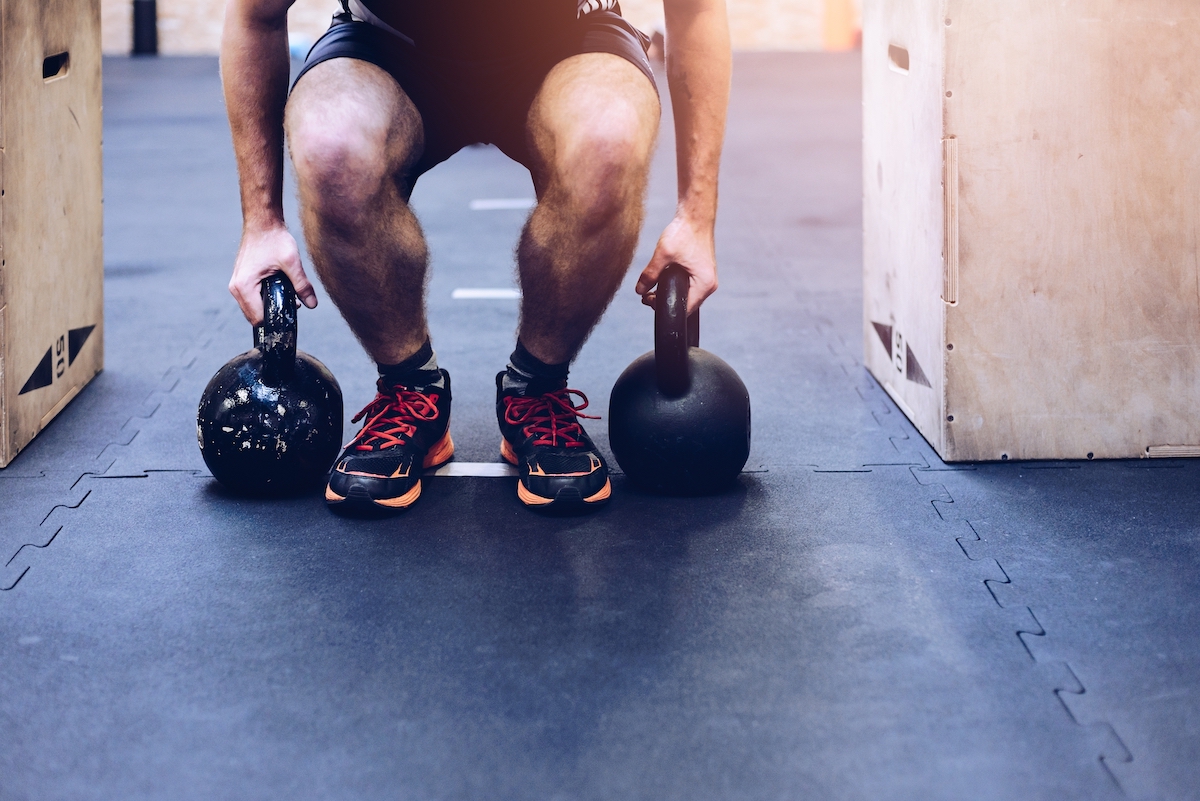 Recognizing the power of pushing your muscles hard enough is critical to gaining strength. The good news is that adding weight is just one way to get stronger. Other paths to muscle overload are:

Related: The #1 Best Exercise for Relieving Back Pain

Studies strongly support this notion of increasing resistance regularly to improve strength and muscle, but it yields other health benefits, too.

Consider this eight-year study of middle-aged adults who enrolled in a beginning exercise program at the South Shore YMCA in Quincy, Massachusetts, described in the journal The Physician and Sports Medicine. During each 10-week strength-training program, whenever participants could complete 12 repetitions of a lift, the resistance was increased by about 5%. As a result, on average, the 1,644 male and female participants in the study not only increased their lean muscle mass by 3.1 pounds, but they also decreased fat weight by 3.7 pounds, which had a positive impact on resting blood pressure. The researchers called these results statistically significant improvements in health, fitness, and function.

Don't let underestimating your strength hold you back from gaining more. For additional tips on finding the fountain of youth, check out these age-slowing exercise habits for the over-50 crowd.

Jeff Csatari
Jeff Csatari, a contributing writer for Eat This, Not That!, is responsible for editing Galvanized Media books and magazines and for advising journalism students through the Zinczenko New Media Center at Moravian University in Bethlehem, PA. Read more about Jeff
Filed Under
Build Muscle // exercise // News // Strength Training // Workouts