Surprising Side Effects of Running Every Day, According to Science

Running may help you burn fat and live longer, but there are dangers to hitting the pavement too hard.

According to the latest report by the Sports & Fitness Industry Association, there are at least 49 million active runners in America, which represent roughly 15% of the entire population. In terms of hardcore runners, a total of 443,878 Americans finished marathons in the U.S. in 2019—and those figures don't account for the vast number of people who love nothing more than to participate in 5Ks, 10Ks, half-marathons, mud-runs, turkey trots, and color runs.

If you're among the running masses who find enjoyment hitting the pavement every day, good for you. You're putting yourself at a lower risk of heart disease, cancer, and even neurological diseases such as Alzheimer's and Parkinson's. Additional benefits include better sleep and weight loss. And, according to a study published in the journal Mayo Clinic Proceedings, running six miles per week—or roughly 52 minutes total—could potentially add upwards of six years to your life. "The great news is that you don't have to run a marathon to benefit from [running]," Edward Laskowski, M.D., of the Mayo Clinic Sports Medicine Center, said of the study. "Just getting out there and moving more helps."

But that doesn't mean that there aren't some downsides that come with long-distance running—especially if you're routinely exceeding the Mayo Clinic's recommendation of six miles-per-week. After all, running is a high-impact exercise, and, over time, it can strain your muscles, ligaments, and tendons, put your body at greater risk of injury, and even toy with your hormones (if you're really overdoing it). For some of the surprising side effects of running you probably didn't know, read on. And for more exercise news you can use, don't miss this One Major Side Effect of Walking Every Day, According to Science.

You Could Experience Cold-Like Symptoms

According to Jordan D. Metzl, MD, a sports medicine physician at the Hospital for Special Surgery, in New York City, if you run a lot during the winter months, you can expect to experience many of the symptoms associated with having a cold: a gnarly cough, a runny nose, and a sore throat. This happens because cold, dry air can be an irritant on the lungs while constricting your airways. "Sniffles and coughing were just part of the game when it comes to winter running," Liam Boylan-Pett, a former collegiate middle-distance runner, told CNN.

You Could Experience "Dead Butt Syndrome"

If you're finding that your buttocks are feeling numb or sore—and you're also experiencing pain shooting through your hips, the back of your legs, your lower back, and your knees—you could be experiencing gluteus medius tendinopathy, which is also known as "dead butt syndrome" and is defined as inflammation of the tendons in your rear. Surprisingly, it's because you're either spending too much time on the couch or it's because you're an avid distance runner. As Kevin Burns, a licensed fitness instructor at the American Council on Exercise, explained to Everyday Health, dead butt syndrome is your body's way of telling you to take it easy for a while.

You Could Have an Overeager Bladder

Have you ever gone out for a run and then unexpectedly felt the strongest urge to urinate? You're definitely not alone. In fact, according to a study published in the British Journal of Sports Medicine, upwards of 30 percent of active women said they've experienced some level of urinary incontinence while working out. "The highest prevalence of urinary incontinence is reported in those participating in high impact sports" such as running, says the study.

Experts say the reason is that your pelvic muscles weaken as you run. If this sounds familiar, you can take action. "Kegels work because over time they thicken the muscles that hold your urethra and other organs in place," Jill Maura Rabin, MD, head of urogynecology at Long Island Jewish Medical Center, told Prevention. And if you're looking for a break from running, make sure you're aware of The One Workout That Drives 29 Percent More Fat Loss, According to Science. 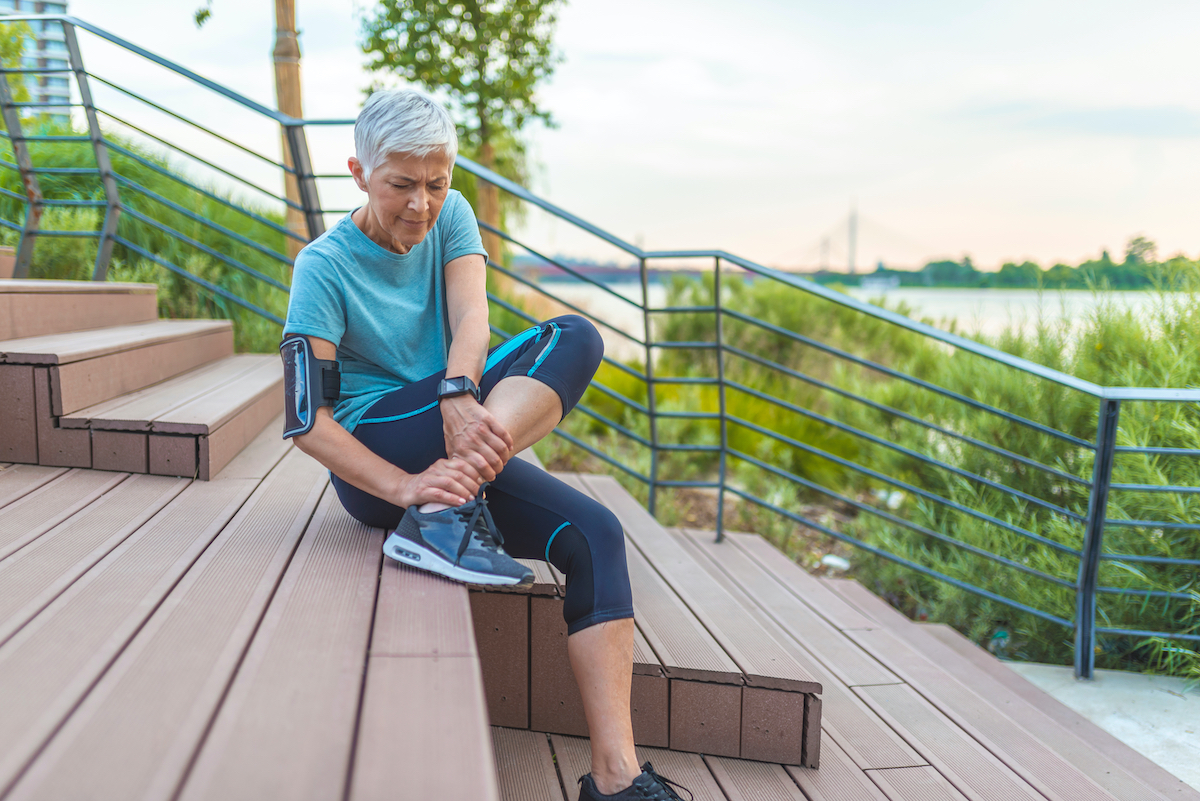 Ever been coasting through the park on a run, but you all of a sudden need to stop and scratch your legs? No, you're not going crazy—and you're not being attacked by bees. It's likely because you haven't been running in a while. As your blood flow increases while you run, so do your arteries and capillaries. If you've been sedentary for a while, your capillaries may have shrunk, and when they expand during your run they'll stimulate the surrounding nerves, which your brain registers as an itch.

You Could Lose Your Sex Drive

According to a study published in the journal Medicine & Science in Sports & Exercise, some men who trained for marathons actually experienced a weakened libido, which was likely caused by a drop in testosterone levels. So keep that in mind if you're mulling your next marathon. And for more great exercise advice, don't miss our complete list of the Sneaky Little Ways to Burn More Fat Every Day, According to Experts.