The Best & Worst Plant-Based Chicken Alternatives at the Grocery Store—Ranked!

Not sure which plant-based chicken option is the best of the best? We've got you covered.

While all of these chicken options are relatively healthy—and follow the trending plant-based diet—some of them are a tad higher in sodium (and calories) than others. We decided to rank the plant-based chicken from best to worst in order to determine which one you should choose when shopping at the store.

How we judged the plant-based chicken

Because the Food & Drug Administration says that the proper daily intake of sodium for any human over the age of 4 should be under 2,300 milligrams a day, we ranked these plant-based chicken options by sodium amount. Now, there aren't a plethora of plant-based chicken options at the moment, so the 10 listed chicken options below are different types. Some are grilled strips, some are patties, some are breaded tenders, and some are nuggets. Either way, we still looked at the sodium content per serving to make sure each piece of "meat" isn't loaded with salt.

And with that, here are the best and worst plant-based chicken alternatives. 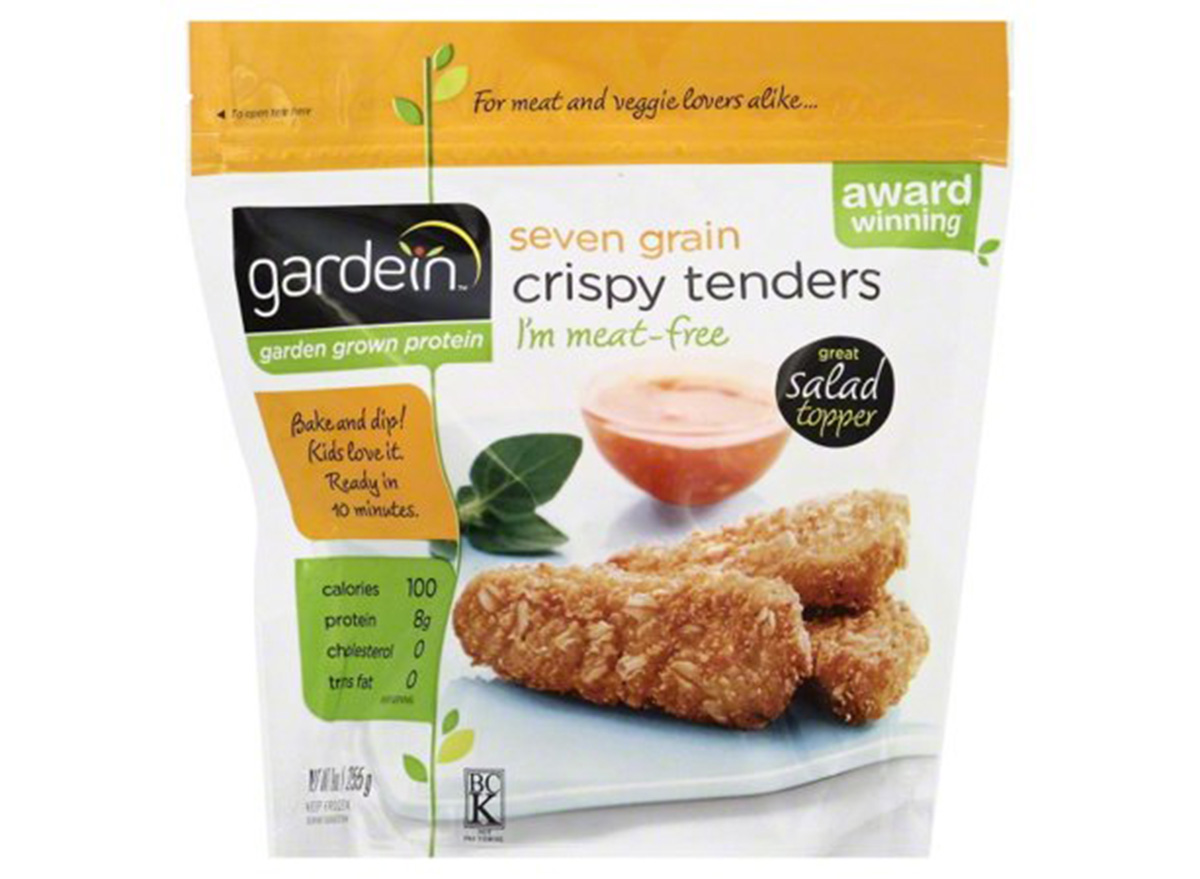 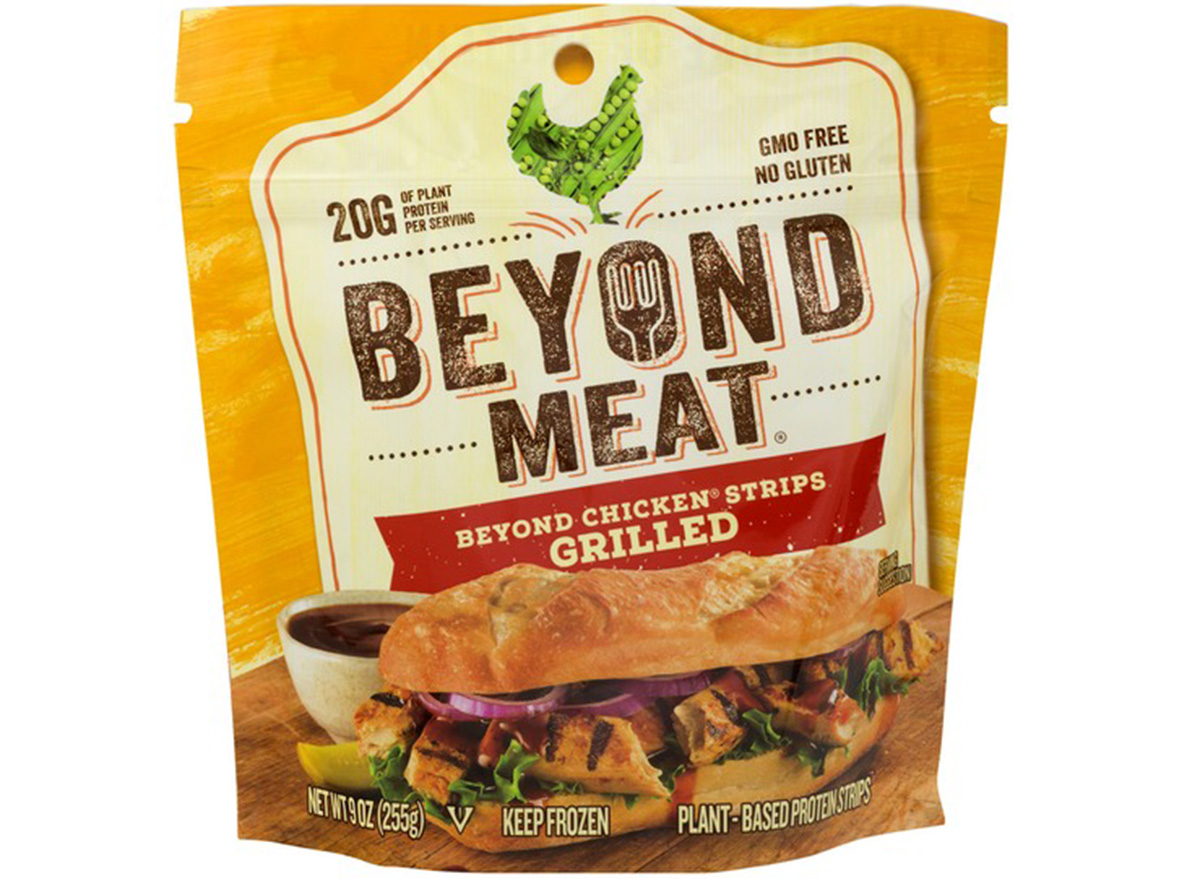 The Beyond Burger isn't the only option that exists from this company! Beyond Meat has a Beyond Chicken Strips Grilled option that is great for adding to sandwiches or topping onto salads. Sodium content is 330 milligrams, 130 calories, and a whopping 20 grams of protein per serving,

Surprisingly enough, one large chicken patty from MorningStar is actually one of the better plant-based chicken options for you! While the calories are higher at 170, the sodium count is lower at 320 milligrams. However, if you would rather an option lower in calories and have the room in your intake of sodium for the day, you could always opt for one of these other "best" options. 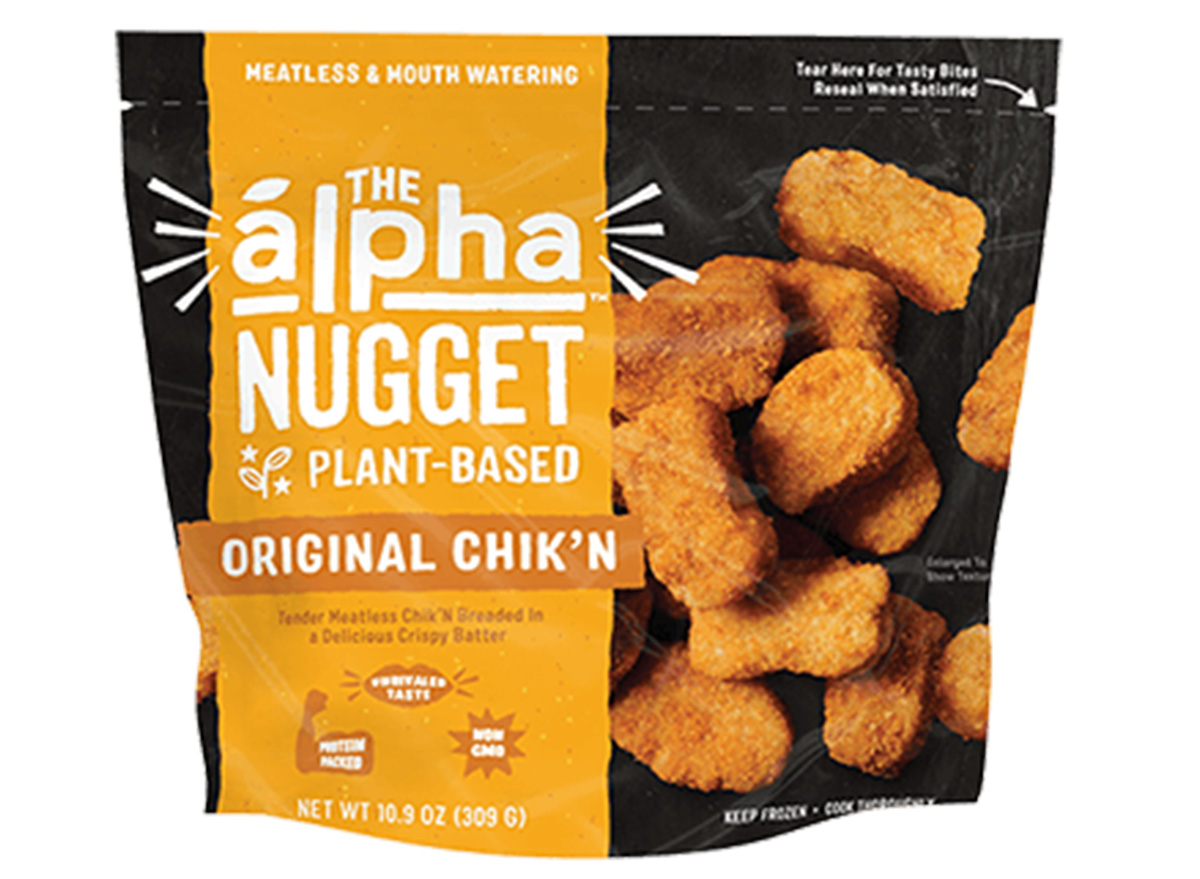 And the best of the best is Alpha Foods Chik'n Nuggets! Again, although these nuggets are higher in calories, the sodium content is lower at just 280 milligrams. With this plant-based chicken option, you get 4 chicken nuggets per serving. These are perfect chicken alternatives to serve to your kids or have at parties to watch the big game.

And now, the worst plant-based chicken 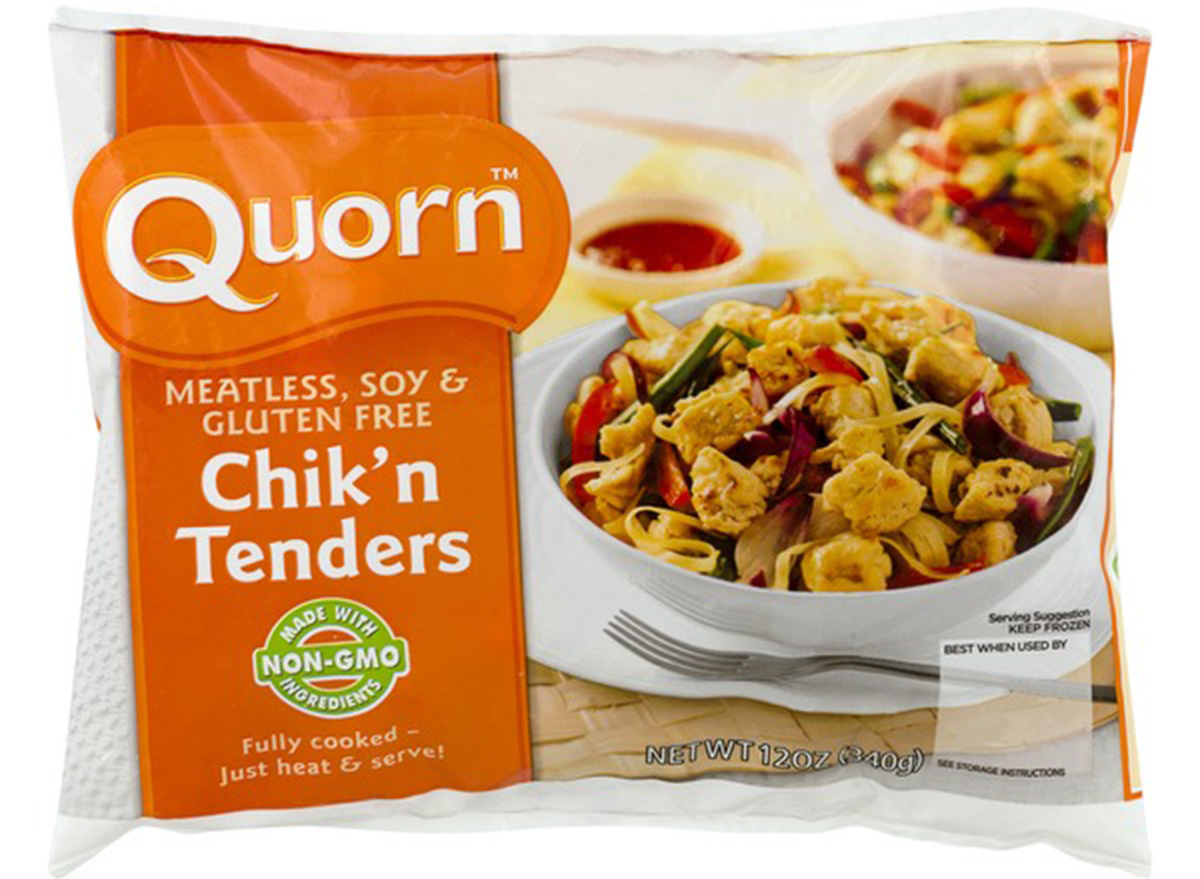 The calories for Quorn Vegan Chik'n Tenders may be less than some of the options on the best list, but the amount of sodium landed it as one of the worst. Plus, the protein amount per serving is pretty small—only 10 grams compared to the average 35 grams of protein per cup of cooked chicken. 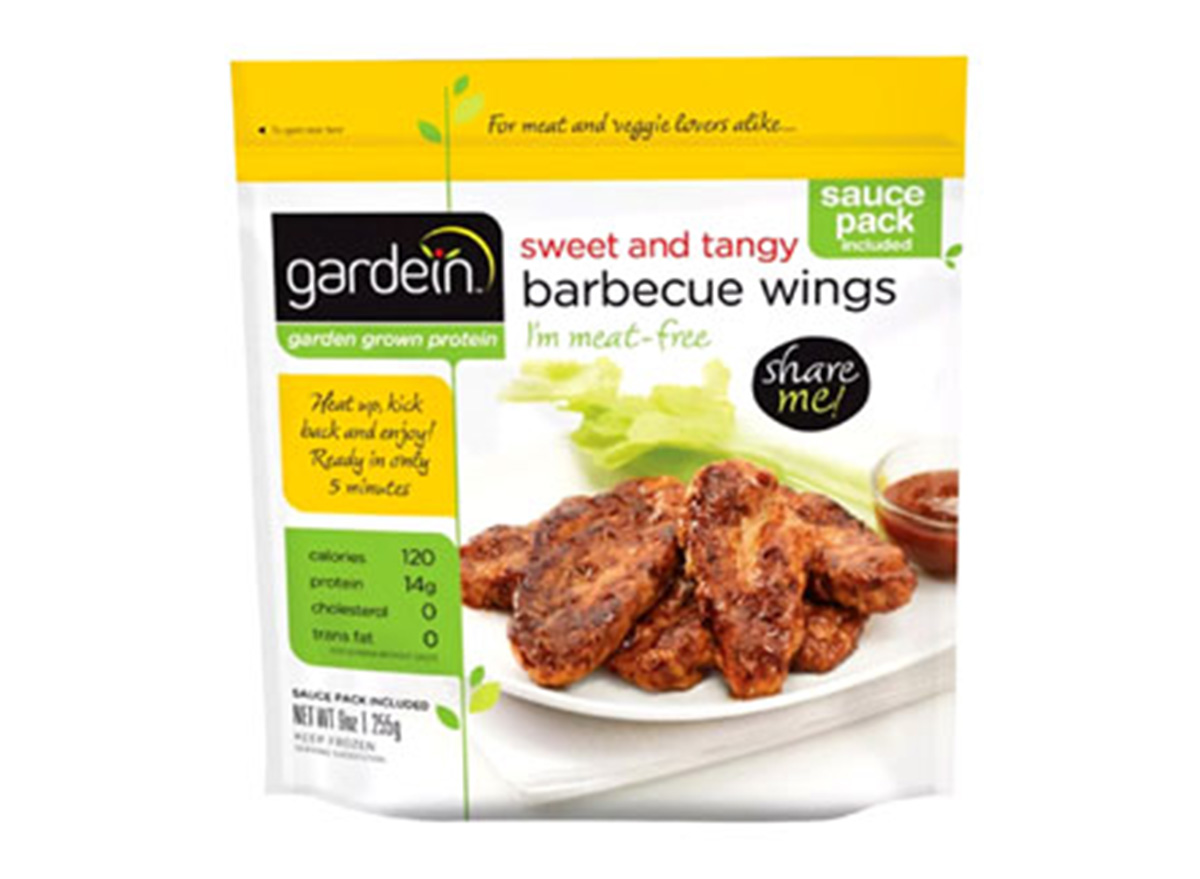 You would think chicken wings would rate better than chicken tenders on a scale of best-to-worst, but for Gardein, their plant-based-chicken Barbecue Wings option isn't exactly considered the healthiest. One serving of wings has 460 milligrams of sodium and 11 grams of sugar, which is a lot more compared to their breaded chicken tenders that have less than 1 gram of sugar. 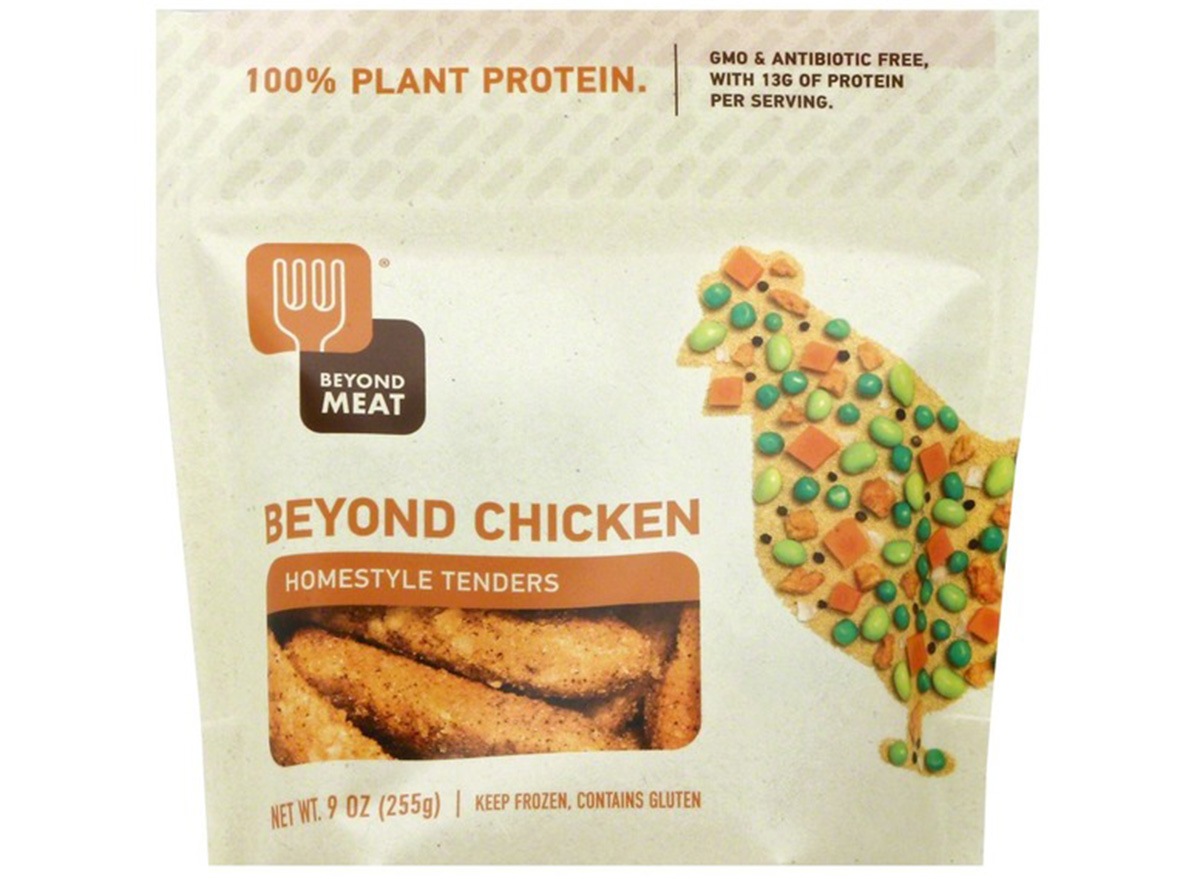 The packaging for Beyond Chicken Homestyle Tenders may look healthy, but when you compare it to Gardein's Seven Grain Crispy Tenders, there's no competition. Sadly, Beyond Chicken's tenders have 220 calories per serving and 480 milligrams of sodium. However, the protein and sugar content is higher for this option, so it depends on what nutritional benefit you're looking for in your plant-based chicken. 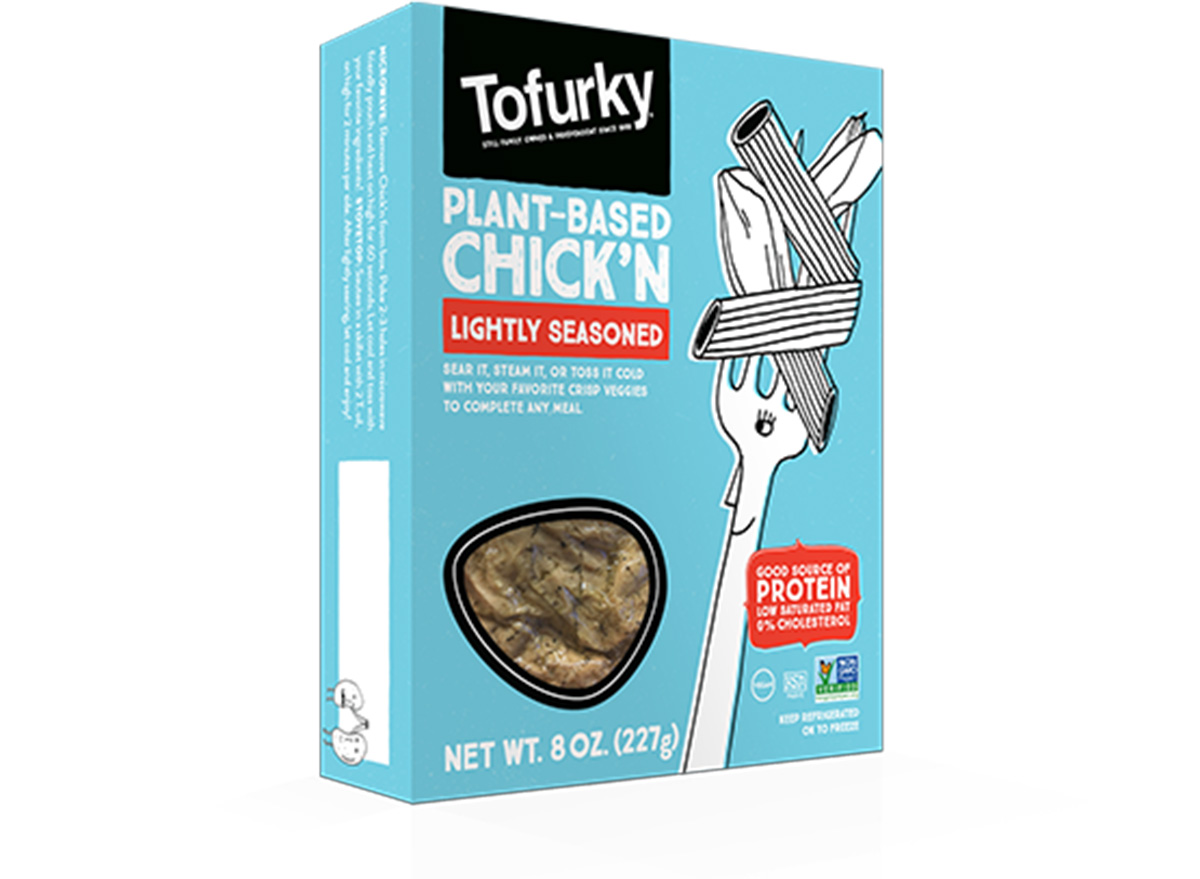 While the amount of protein in a serving of Tofurky Plant-Based Chick'n has the highest amount of protein, in terms of sodium it is ranked close to the bottom of the list. With 540 milligrams of sodium per serving, along with the 11 grams of carbs, it's not exactly the healthiest option. However, for someone who is vegan looking to get more protein in their diet, this option does give you more bang for your buck. 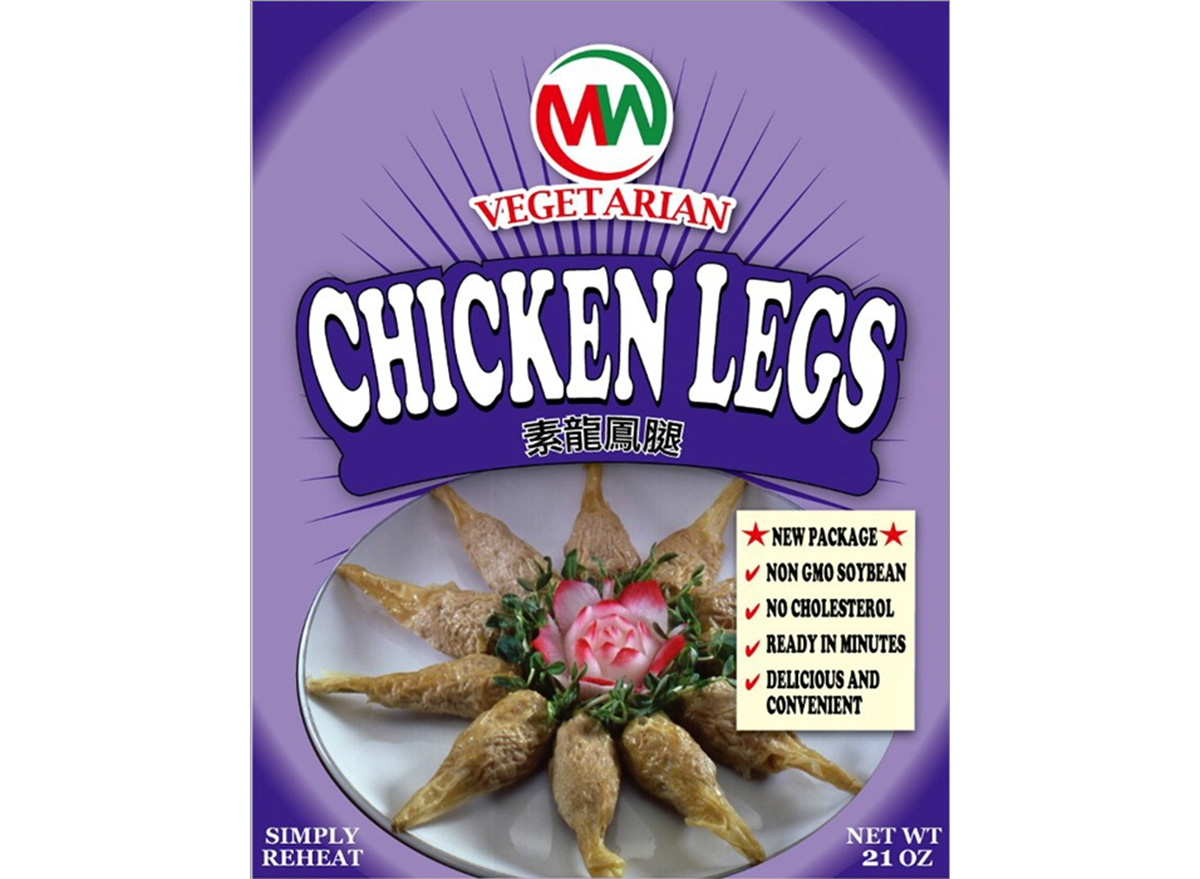 Coming in dead last on our plant-based chicken list is May Wah Vegetarian Chicken Legs. With only 15 grams of protein, this option really doesn't give you much of the nutritional benefit you're looking for in a meat alternative—especially if you're having to sacrifice a whopping 568 milligrams of sodium per serving. You're better off with any of the other options listed above.