13 "Innocent" Foods to Eat at Your Own Risk

We all know that it's risky to eat food that's been left out on the counter for way too long. But there are some seemingly innocuous foods that can potentially be way worse.

If there's one area where ignorance is certainly not bliss, it's our food choices. And there's nothing worse than thinking you're making wise food choices only to discover you're putting your well-being at risk. To find out about surprising foods that pose a threat, we dug through the research and turned to the experts for which items might deserve a side eye. After you've learned about some lesser-known risky foods, brush up on these 30 Healthy Foods You Better Eat in Moderation, too!

While the nutritious stalks are delicious and a common addition to pies and other baked goods, rhubarb's leaves should be avoided; they contain a compound called oxalate, which can be highly poisonous when eaten in large quantities.

Oysters harvested from warmer waters with less salt content (think bays) are more likely to be contaminated by the vibrio vulnificus bacterium. "While not necessarily life-threatening, the bacteria can cause symptoms similar to food poisoning," says author Cassy Joy Garcia. "But despite popular belief, it can be nearly impossible to determine if an oyster is contaminated or not." If it's the aphrodisiac effect you're after, just find some other options on our list of 20 Foods That Turn on Your Sex Drive!

Though perfectly safe when sprinkled lightly over your coffee, approximately two tablespoons of the common holiday season spice is actually reported by The New York Times as having twisty, psychotropic properties.

Fun fact: Raw almonds purchased in America aren't actually raw. Because of a law passed in 2007, all almonds must be pasteurized by either heat or by chemical treatment to help prevent any foodborne illness from making its way to consumers from the field. If you're concerned about chemicals on your food, check to see that your almonds are steam-pasteurized.

The scare of salmonella that occasionally sweeps the country after a recall of eggs usually provides caution to enjoying any form of an egg in its raw form. "Pasture-raised chickens—well, their eggs—are far less likely of having the dreaded bacterium," says Garcia, who adds that you should also be cautious of products like mayonnaise (which are often made with raw eggs).

ICYMI: 26 Foods With More Protein Than an Egg 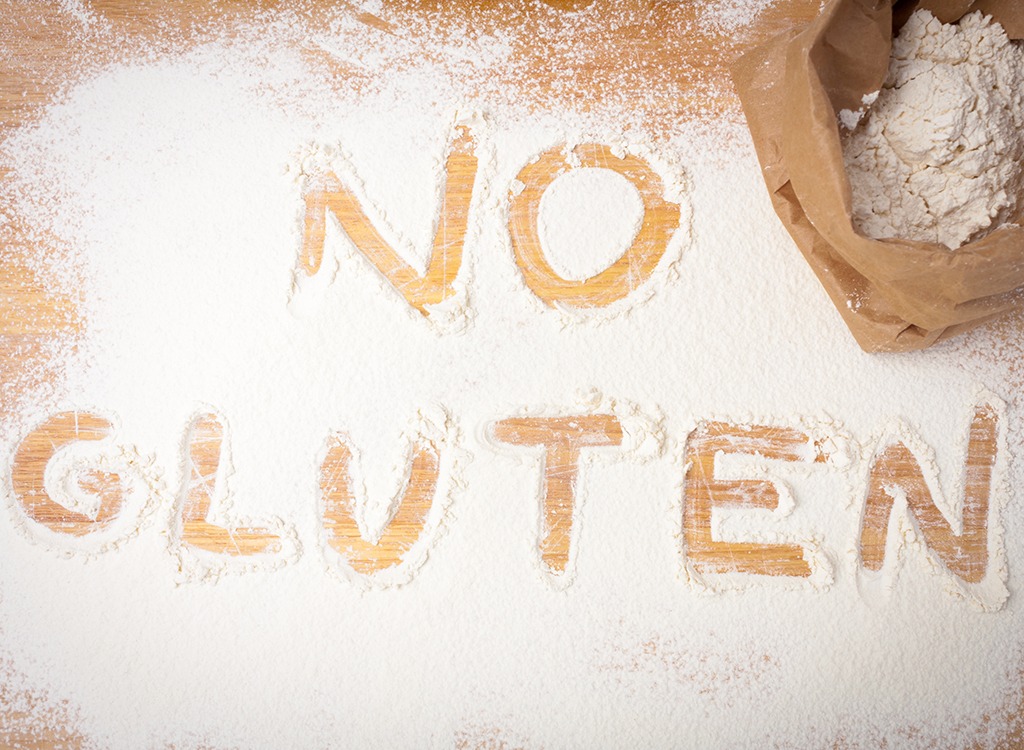 Cassava flour is becoming more and more popular in modern gluten-free cuisine, but the root is completely unsafe to eat when raw. "Raw—especially bitter—cassava can house toxic doses of cyanide," Garcia warns.

Often called a superfood, studies have shown that goji berries can do everything from helping to calm nerves and improving sleep to boosting athletic performance and aiding with weight loss. However, these berries are also loaded with a chemical compound called dietary saponins that increase the potential for intestinal permeability (known as a leaky gut).

Eating raw elderberry (especially unripened fruit with leaves and stems attached) can cause symptoms ranging from a stomach ache to nausea to possible diarrhea. Guess we should add it to our list of 23 Foods That Ruin Date Night!6254a4d1642c605c54bf1cab17d50f1e 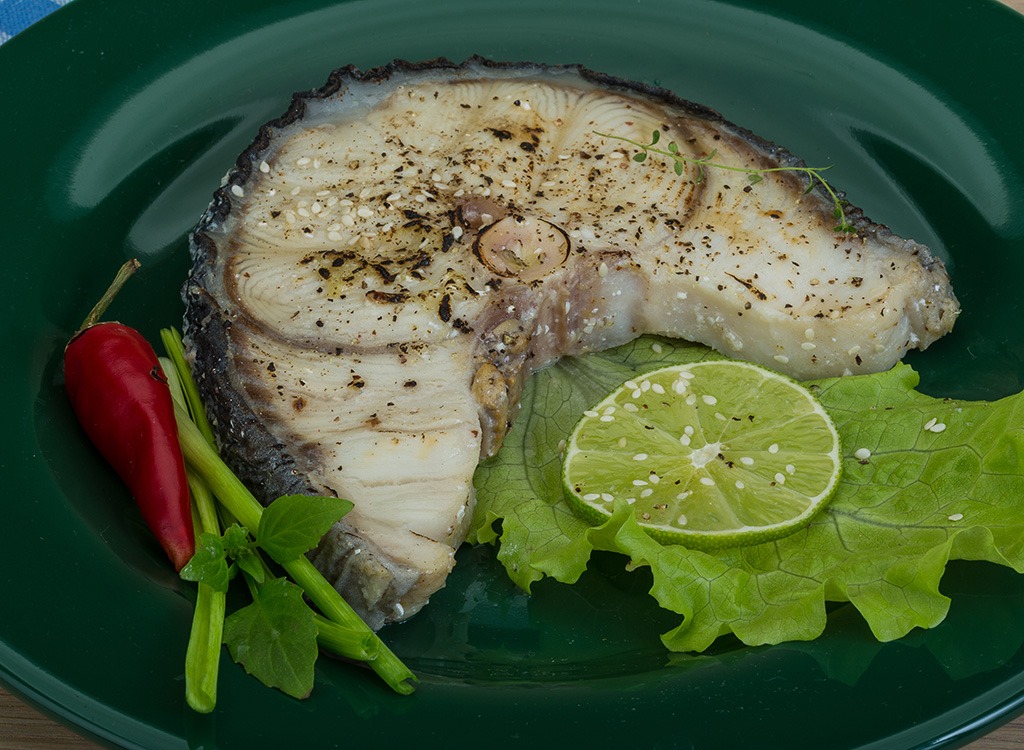 You might not be eating shark in the middle of the U.S. of A. but it's not uncommon to see it on the menu somewhere like Iceland. Don't let your exciting travels confuse adventure with not-worth-it risk; shark has sky-high amounts of mercury, which is a major concern for any woman who is pregnant or hoping to get pregnant. (It can stick around in your bloodstream for over a year!) Find out the benefits and risks of more than 40 popular fish choices in our exclusive report Every Popular Fish—Ranked! 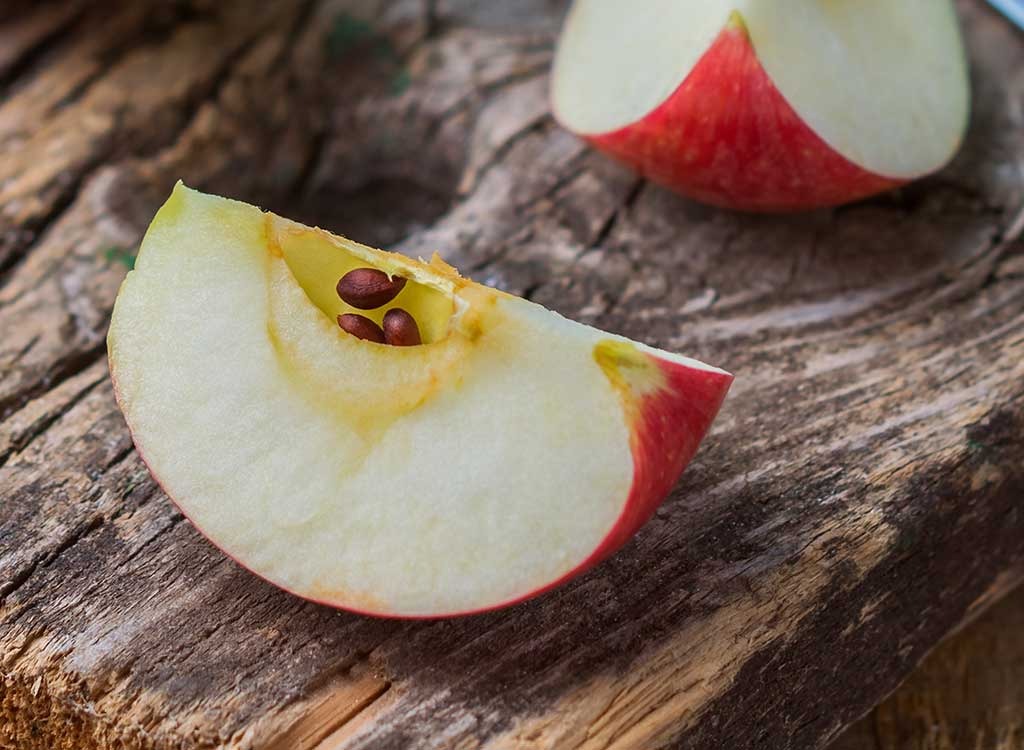 Although the concentration is pretty minimal, apple seeds do contain documented amounts of amygdalin—which can produce cyanide as a byproduct when combined with some digestive enzymes, says Garcia. You'd have to consume a substantial number of apple seeds for this to be a worry, though. 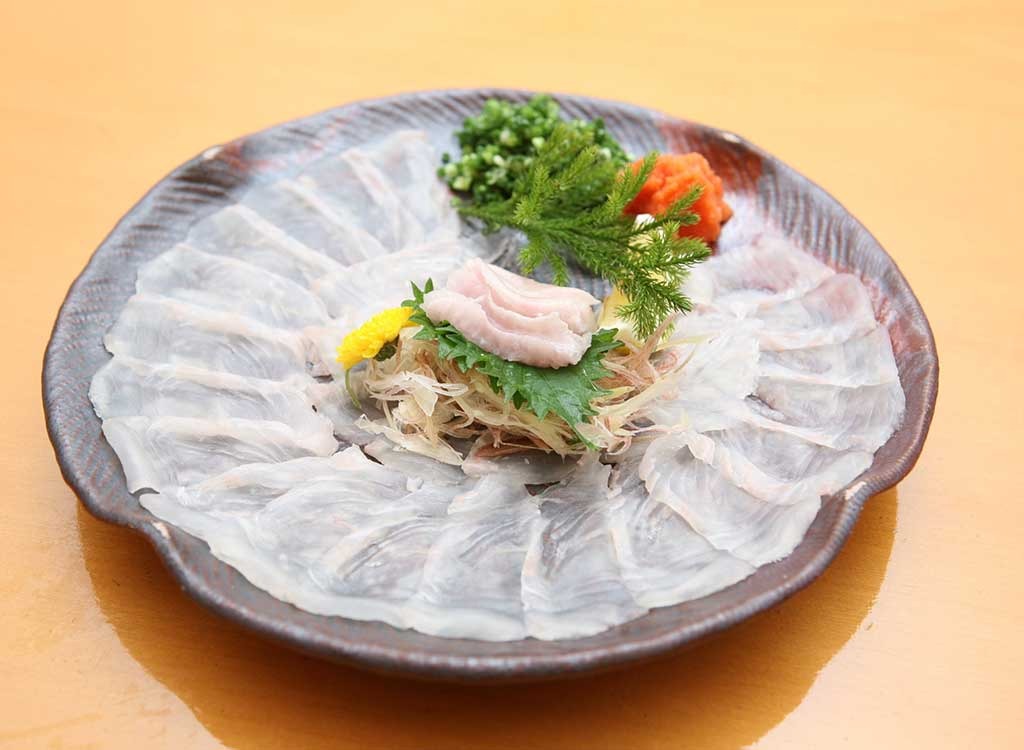 Though a wonderful source of healthy protein and omega-3 fatty acids, raw fish purchased from unreliable restaurants or other sources could pack some unwelcome parasites. Fugu (the Japanese word for pufferfish) sushi—which is extremely rare to see on a menu because it's so dangerous—contains a poison that's a thousand times (literally) deadlier than cyanide.

It's especially important to stay away from the dirty dozen (those highest in pesticides) if you're refusing to buy organic produce. These include strawberries, apples, nectarines, peaches, celery, grapes, cherries, spinach, tomatoes, sweet bell peppers, cherry tomatoes, and cucumbers. 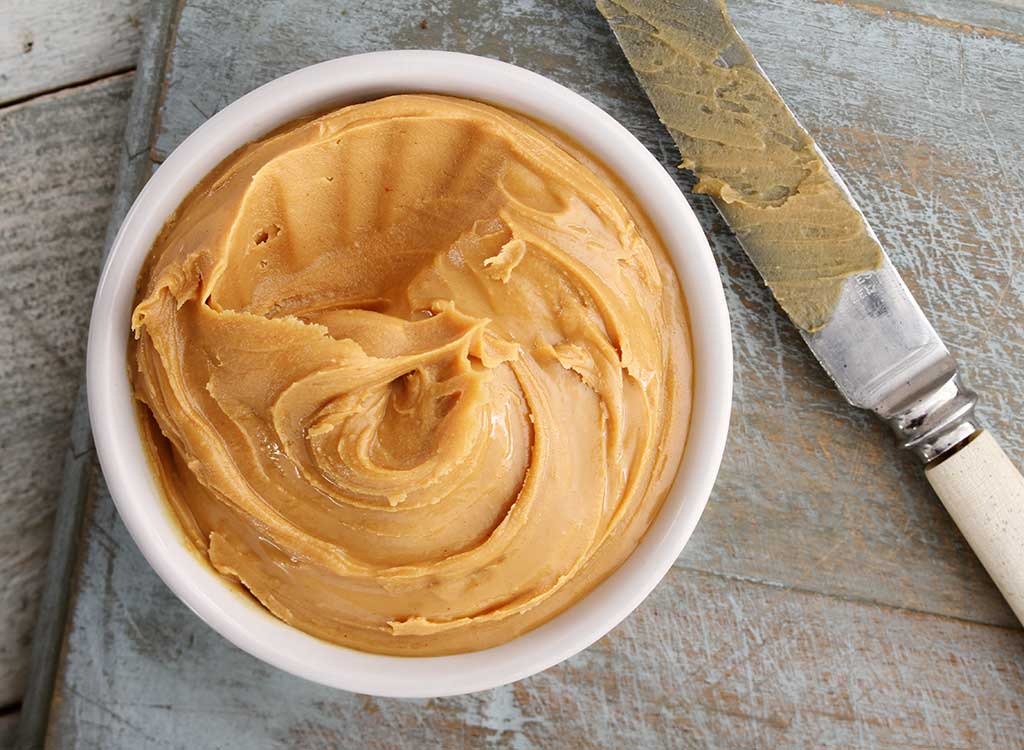 "Most peanut butter is filled with ingredients like corn syrup and hydrogenated oils—it's like a tub of peanut-flavored Crisco," Dr. Gabrielle Francis. "If you must eat peanut butter, buy an all-natural variety or go to a store where you can grind it yourself—but try to make the switch to all-natural almond butter." How come? Well, peanuts can also be a source of a toxic mold that produces aflatoxin (a cancer-causing carcinogen). The mold grows while the peanut is in the hull due to moisture and can also result in inflammatory reactions. If you love PB, then see where your favorite jar falls on our list of The Top 36 Peanut Butters—Ranked!