These ingredients are not meant to be edible, but they're still found in children's lunch boxes.

You wouldn't encourage your kid to lick the toilet seat, would you? So why would you let them put other toxic, gross stuff in their mouths? It's no news that school lunches are in need of serious reform, but Eat This! wanted to expose a few ingredients that are found in some common lunchbox staples. Familiarize yourself with these red flags and then also discover the 26 Worst Foods in America in 2016 to find out what else to avoid! 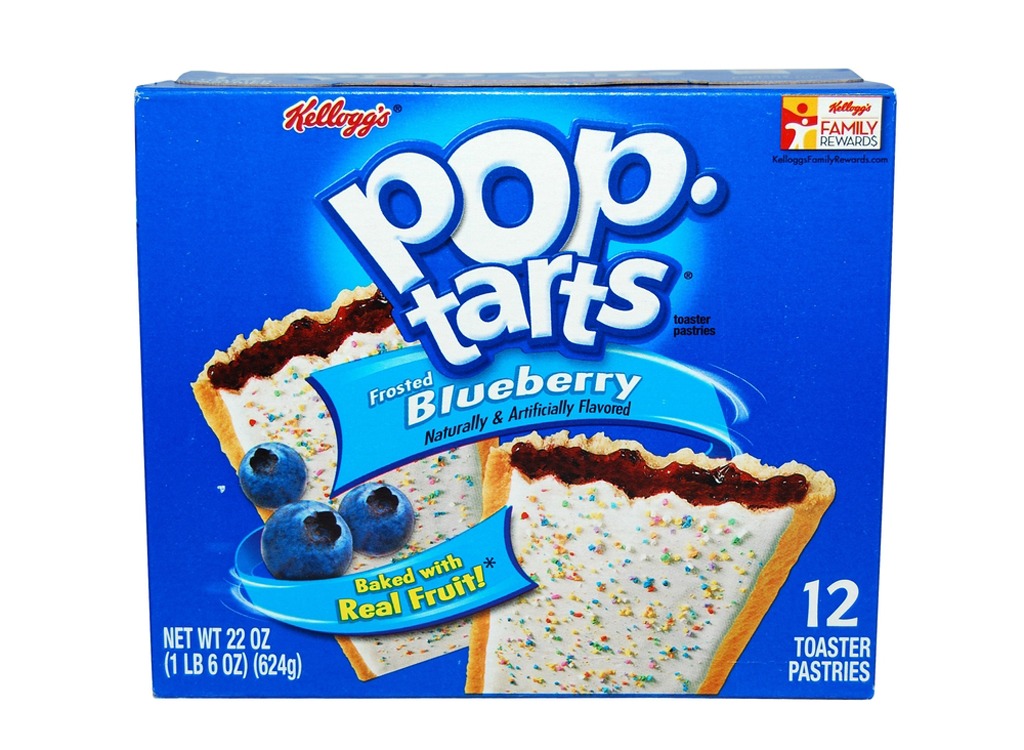 Everyone has seen the whimsical, classic Pop-Tart commercials—you know, the ones where the cartoon Pop-Tart characters end up getting toasted? It's no wonder why kids beg their parents to buy them these treats to add to their lunch; the commercials are straight up adorable. No question about it! But what's not so adorable is the fact that this sugary pastry contains TBHQ, aka lighter fluid. Yep, you read that correctly. According to A Consumer's Dictionary of Food Additives, TBHQ is a form of butane that is utilized as a preservative in foods to keep it on the shelf longer. Ingesting just one gram over time can cause vomiting, anxiety, diarrhea, ringing in the ears, and suffocation. Even worse, ingesting five grams or more is lethal!

Eat This! Tip Swap out the blueberry imposter for a small cup of overnight oats topped with fresh blueberries. And no, there's no lighter fluid to worry about in these steel-cut oats. 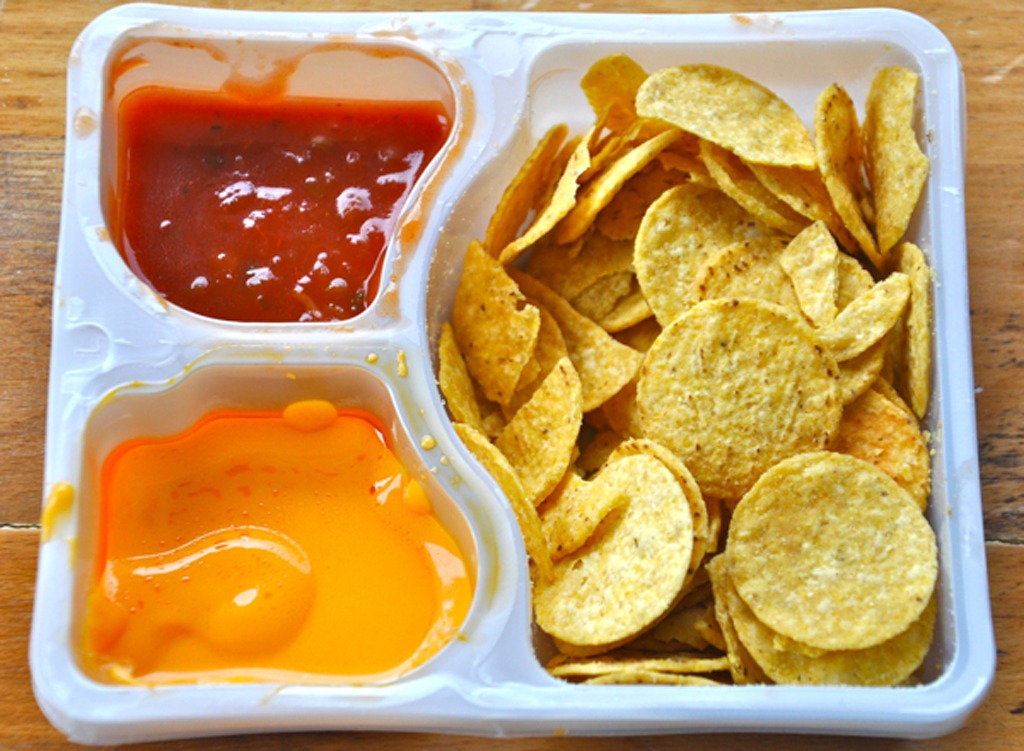 Ah, the cleverly branded Lunchable. As cute and compact as it is, it can really pack some damage into such a small space. For example, the Nacho Cheese Dip + Salsa pack most notably has sodium benzoate, which is another type of food preservative. What makes this one stand out in regard to the others is that it can morph into a chemical called benzene when it's in the presence of vitamin C. But here's the real kicker: benzene is known to damage DNA and, in the worse case scenario, lead to leukemia and other cancers. 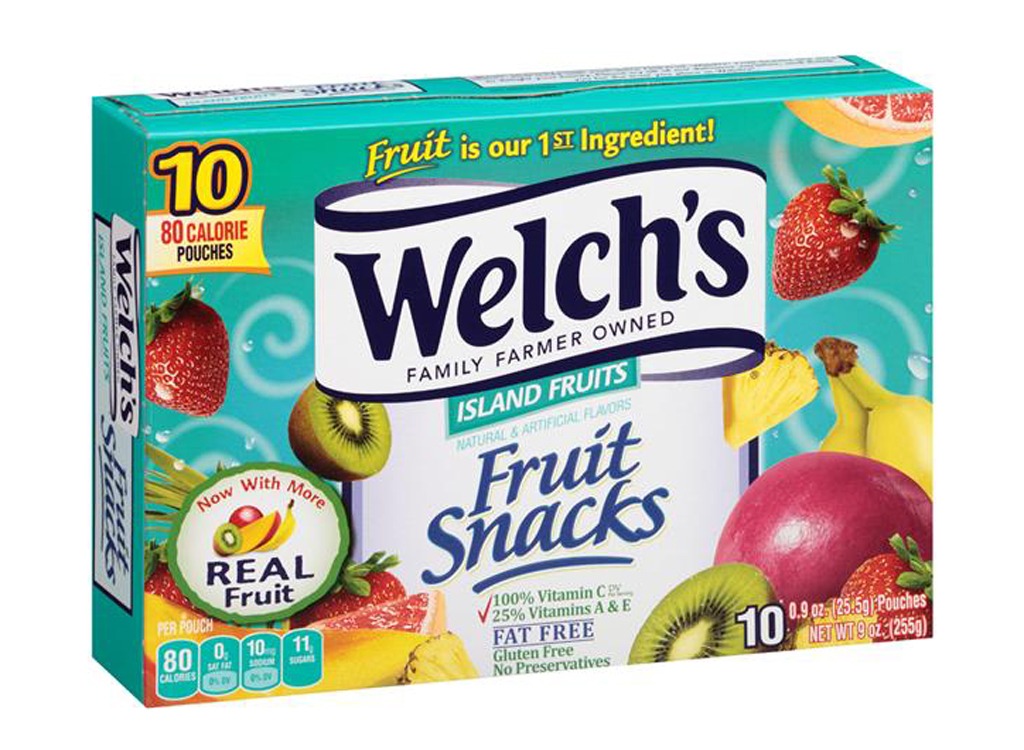 Welch's Island Fruit Snack pouches are probably the farthest thing from a luxurious tropical getaway. Despite its fun name and colorful packaging, these gummies contain gelatin, which also contains MSG. MSG has lead to side effects such as headaches, dizziness, eye damage, fatigue, disorientation and even depression. On that note, ditch the fruit juice gummies and check out 23 Foods Happy People Eat! 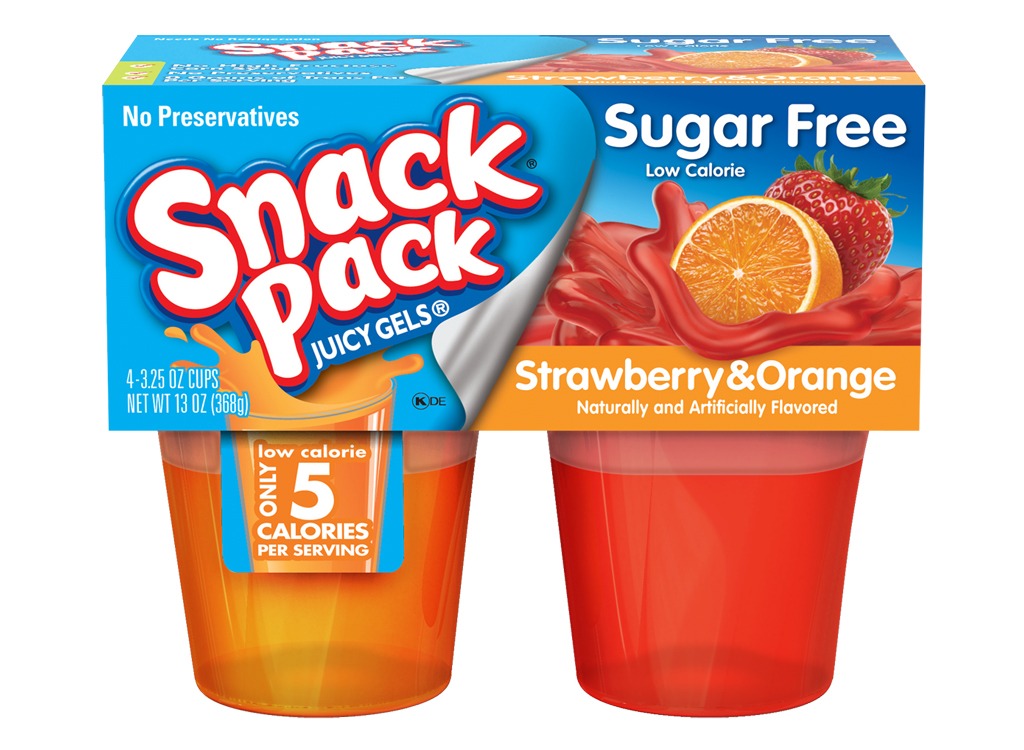 Snack Pack Jello is what the cool kids ate in the 90s. Now, in efforts to make the product healthier, the company has made it sugar-free, since added sugars are public enemy #1 and also one of the things making you fatter. However, something the company neglected to remove is Red 40, i.e. a food dye that comes from either petroleum or coal tars. While its toxicity is still being determined, it's best to stay away from the unnatural ingredient as much as possible. 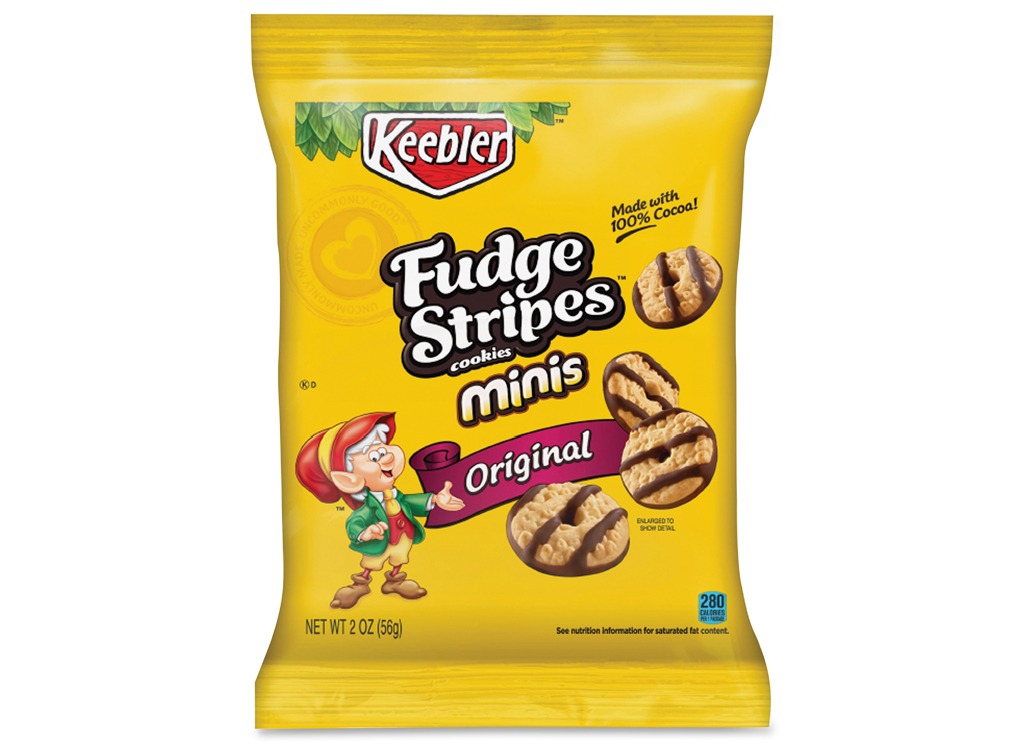 Keebler Fudge Stripes Cookies are comprised of many controversial ingredients, but one that stood out to me, in particular, was Polysorbate 60. I have never heard of this additive, so I did some research and uncovered the following. Polysorbate 60 is an emulsifying agent that prevents two substances from separating and it's made of corn, palm oil, and petroleum. It's odd how petroleum seems to be a reoccurring theme in preservatives and additives. What's definitive about this one is what it's found in other than food: cleaning products, motor oils, lubricants, shampoos, cosmetics, lotions, and vaccines—just to name a few. Not only will these cookies throw you off track of your kiddos' game, they'll literally be ingesting the same ingredient that's used in Windex. Um, yuck! 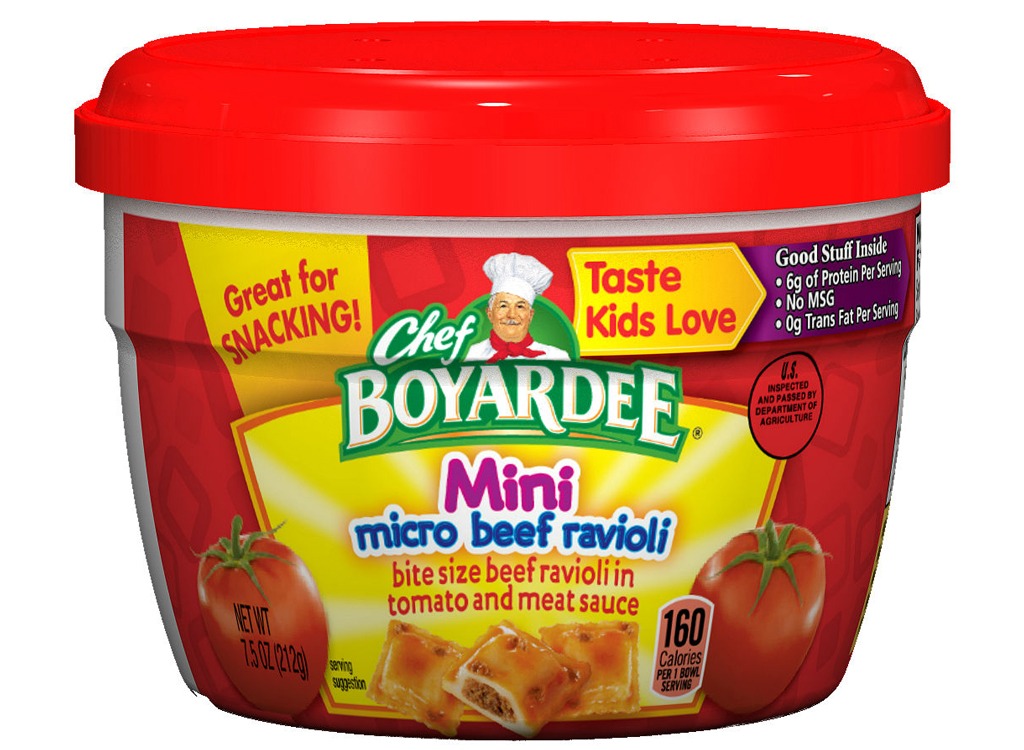 Little Johnny will not benefit from having this in his lunchbox. Chef Boyardee's Micro Ravioli may be miniature, but it's ingredient list sure isn't. Of the 27 ingredients, caramel color is one that sits in the bottom half of the list, which means there is less of it. And thank goodness because, according to the International Agency for Research on Cancer, the additive can possibly cause cancer to form in humans. Steer clear of Chef Boyardee, along with the other 50 Unhealthiest Foods Foods on the Planet! 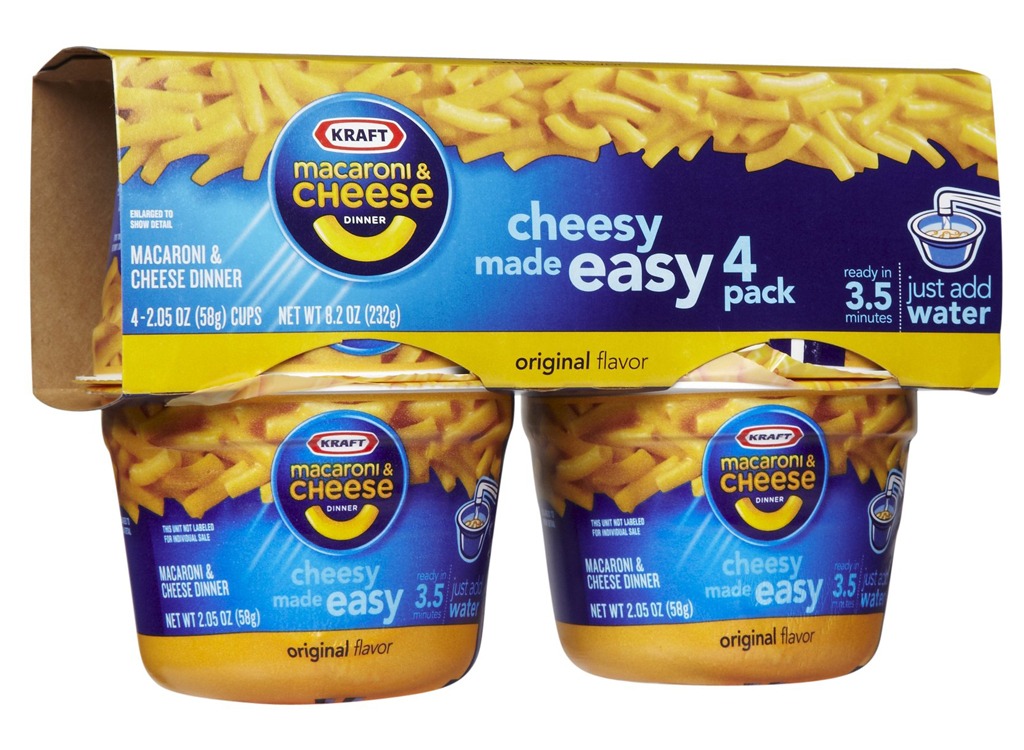 Easy Mac may be simple to whip up, but that doesn't mean you should take advantage of it. Like ever. It's not the cheese that gives this "lunch" its yellow color; dyes yellow 5 and 6 give the food its vibrancy. But these two additives don't deserve any praise, no matter how pretty the color is. In fact, it's so bad that Europe has put this warning on food items that contain it: "May have an adverse effect on activity and attention in children." It's smart they say this because studies have shown that there is a link between ADHD and consumption of this dye. 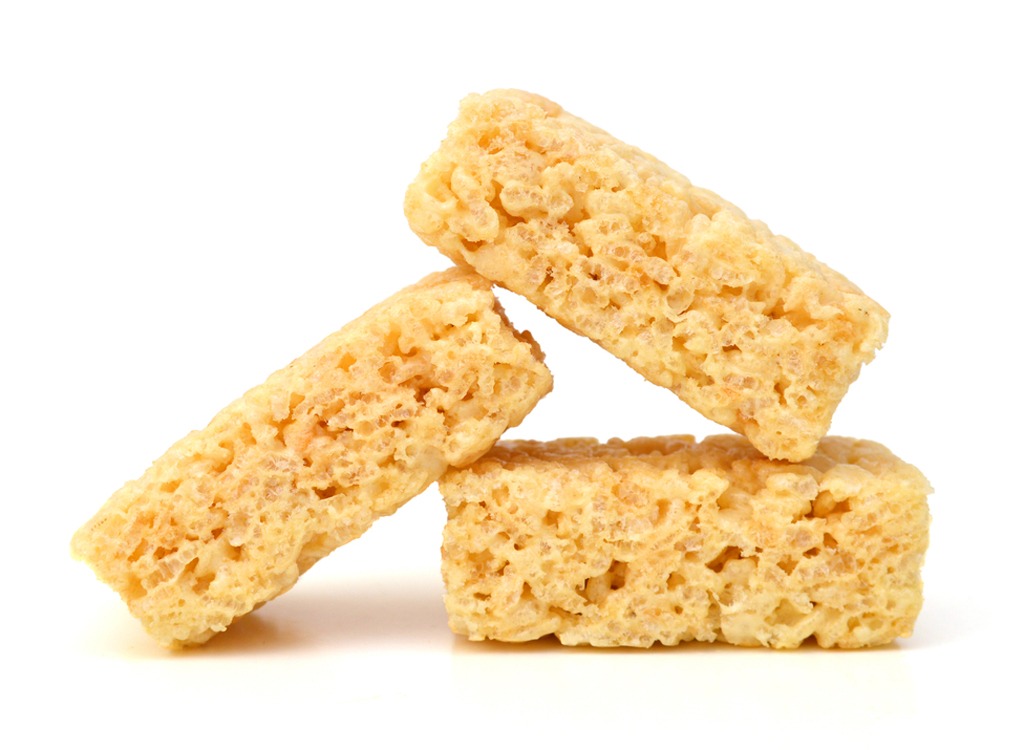 One of the Food Additives Worse Than High Fructose Corn Syrup is BHT. This preservative has been so known to cause cancer that it's actually banned from Europe! My only question is: what are we doing, USA? Whip up your own, homemade rice krispie treats to avoid ingesting this FDA-regulated madness. 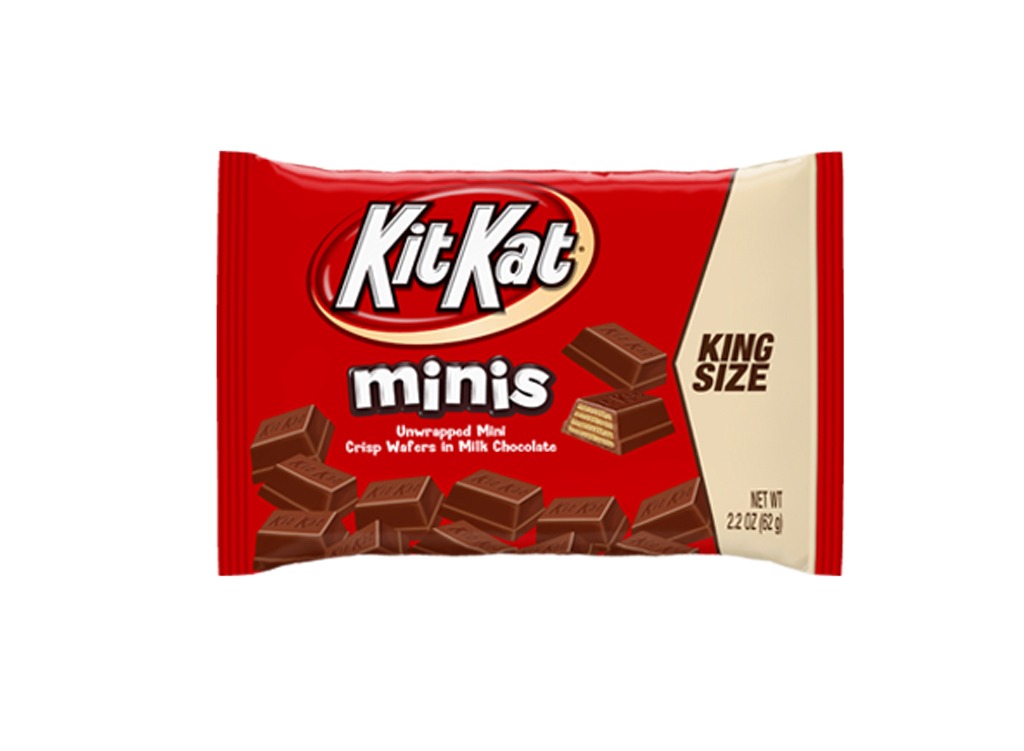 Give me a break, Kit-Kat wafer bars—you have PGPR in your bite-size candy bars? Not that a candy bar is a healthy snack, but everyone has their sweet, guilty pleasure. But Kit Kats may not be your go-to after hearing about this—PGPR is best described as a yellowish, viscous liquid of fatty acids. Bleh! It's used in lower-grade candy bars in order to replace some of the cocoa butter. In other words, it's cheaper to manufacture the candy with this ingredient than to use the real stuff. So, unfortunately, quality gets sacrificed for quantity in this situation.

A sandwich with a slab of this "nut butter" is not one you want to brown-bag for your kiddo. Well, at least not the Americanized version. Why? Because of a little ingredient called vanillin, which sounds harmless—but actually has a suspicious origin. Even though the chemical structure of vanilla and vanillin are nearly identical, there is a vast difference: the fake stuff comes from paper and/or wood pulp products. It's best to buy your Nutella from overseas or from a market in the U.S. that houses the authentic stuff. Hint: You'll know it's the real thing because it's packaged in a glass jar! And speaking of things that America has found a way to ruin, check out these 11 "Italian" Foods They Won't Eat in Italy. 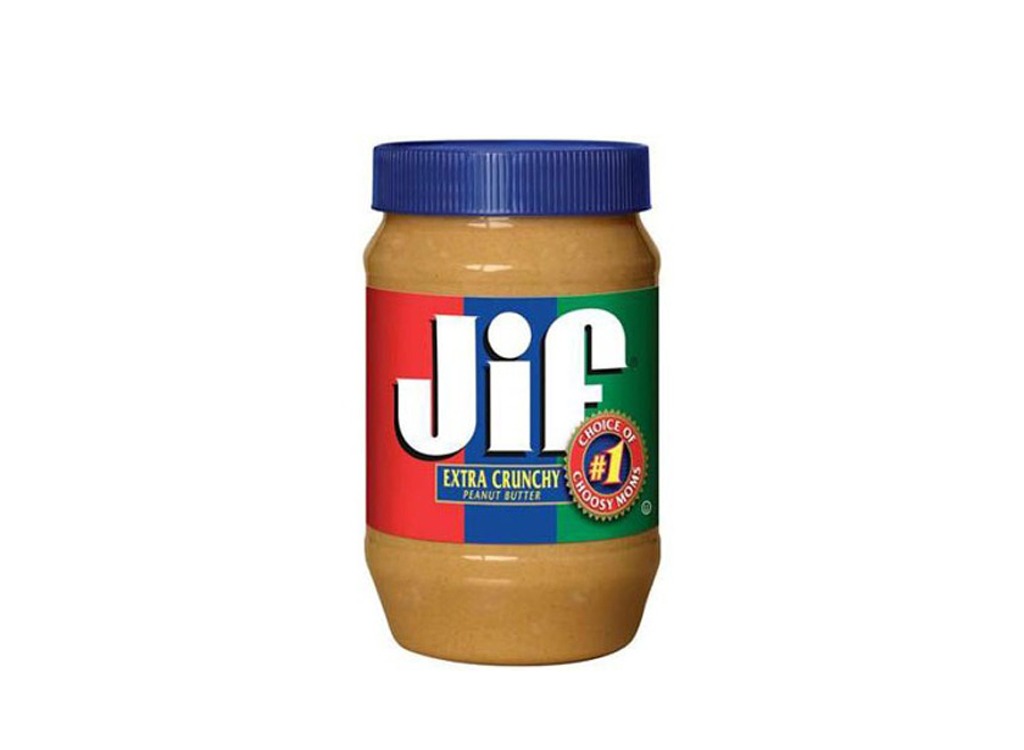 "Choosy Moms Choose Jif." The slogan sure does make it seem viable. But wait. The second-to-last ingredient that's slipped into the mix changes the equation. It's been found that the preservatives mono- and diglycerides may be comprised of trans fat, i.e. the fat that causes a plethora of health issues such as heart disease, stroke, and diabetes. To avoid the risk, check out the best peanut butter options in the The 36 Top Peanut Butters—Ranked! 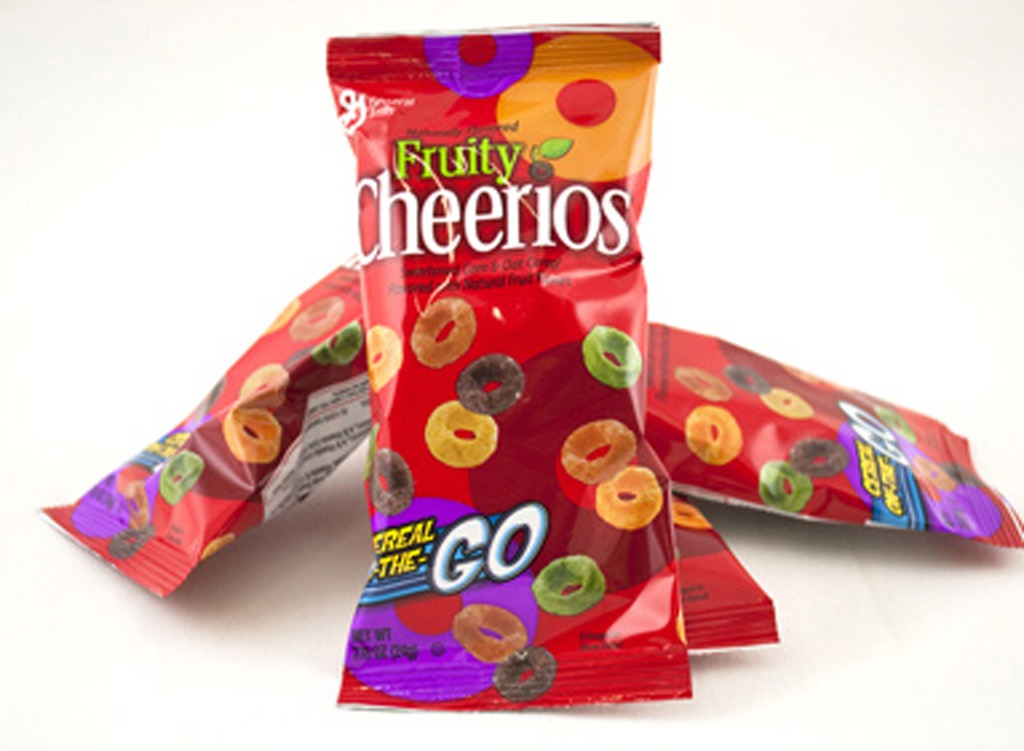 When you think of Cheerios, the first two things that come to mind are that it may help lower cholesterol and it's heart-healthy, right? (Hello, it's advertised in a red, heart-shaped bowl.) The Fruity Cheerios on-the-go variety, however, contains a not-so-heart-healthy ingredient known as Blue 1. Scientists have demonstrated through various studies that this additive is toxic and can cause cancer. Specifically, Blue 1 can pierce through the bloodstream and lead to chromosomal abnormalities or toxicity within the nervous system. Just like the red and yellow dyes, Blue 1 provides no nutritional substance to the product; it's merely put in as a means of vanity. 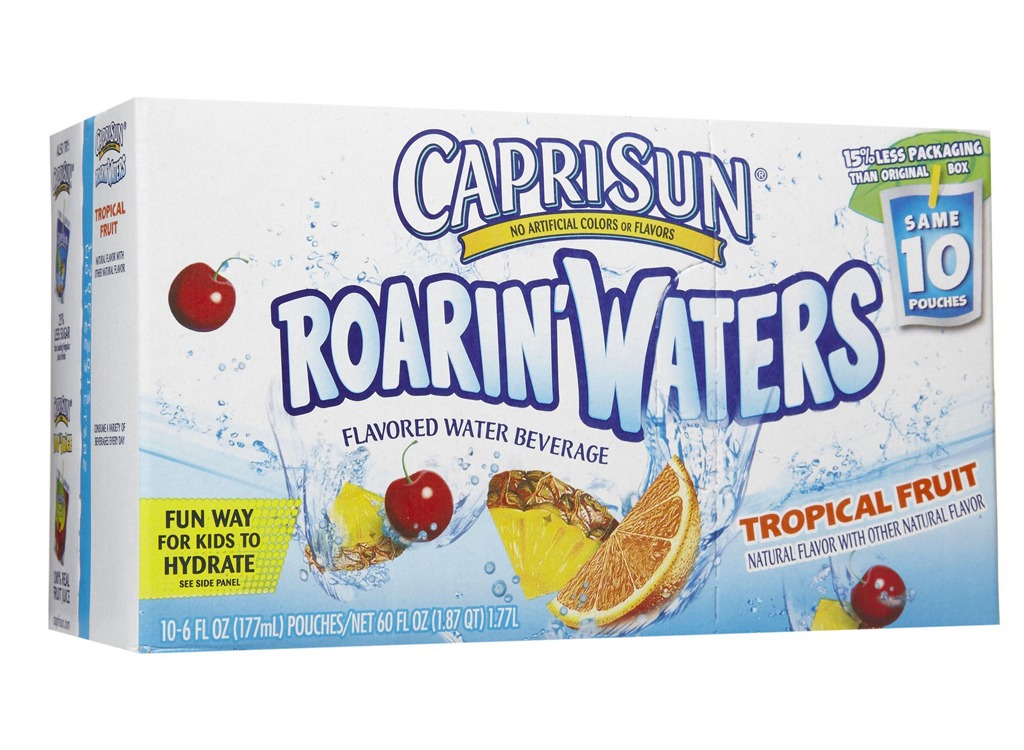 Capri Sun Roarin Waters contains the king of all synthetic ingredients, high fructose corn syrup or HFCS. I classify it as the king because it's like the ringleader of scary additives and most people have heard of it. HFCS is simply a synthetically-made sugar made of glucose that's made from corn starch, and then fructose is also throw into the mix. It's deemed unnatural by the FDA because the enzymes that are used to split apart the sugars in the process are synthetic. Over the years, there has been evidence that it leads to obesity, but the bottom line is that it's man-made and there's nothing natural about it.

Eat This! Tip Swap out the Roarin Waters variant and go for a pouch of Capri Sun Organic! Your kiddo will get the sweet vibes from the drink minus the synthetic ingredients; it's a win-win situation.