Here's why fitness professionals are now extolling the benefits of walking 18 holes.

If you were an avid golfer in 1991 that happened to step in a time machine that instantly spit you out in 2021, your head would be spinning by what you saw. Composite-material equipment launching balls 350 yards, ultra low-spin golf balls that hang in the air forever, golf club fittings for amateurs, and a revolutionary new piece of equipment called TrackMan that tells you your "angle of attack," "dynamic loft," and clubhead speed—all data points that you never knew you were ever interested in. Also, the typical professional spends as much time in the gym as your typical NBA player getting fit in the offseason.

Now, this doesn't mean that all golfers are fit, of course. An enormous amount of amateur golfers in the U.S. still drink beer while they play and ride around in golf carts, and no doubt countless of them use it as a great opportunity to simply be away from the house. But given the events of 2020, when golfing experienced a generational surge in popularity due to the fact that it's a friendly activity to do during the era of social distancing, it's now being widely recognized for something that it's been all along: Worthwhile exercise.

"Walking is cool again," one California-based golfer recently explained to The New York Times in an article titled, "Golf Carts Are Parked, Walking Is In and, Yes, It's Exercise." "I'm out there together with these kids walking, getting a good workout and playing the sport the way it was meant to be played."

Recently, the folks at the UK-based website Skilled Golf took well known (and often cited) research published by Harvard Medical School and combined it with other datasets to reveal which of these more "leisure" sports are especially great at burning calories. According to their calculations, if you were to walk a full 18 holes while carrying your own clubs, which usually takes roughly four hours, an "average, healthy, and able-bodied person weighing approximately 155 lbs" would burn upwards of 1,640 calories.

But let's face it: There's more to golf than simply taking a long walk while carrying some added weight. There are other added benefits to playing the game, as well. Read on for a few of what they are. And if you're in the market for more traditional forms of fitness, don't miss The #1 Most Overlooked Exercise if You Want a Lean Body Fast, Say Experts. 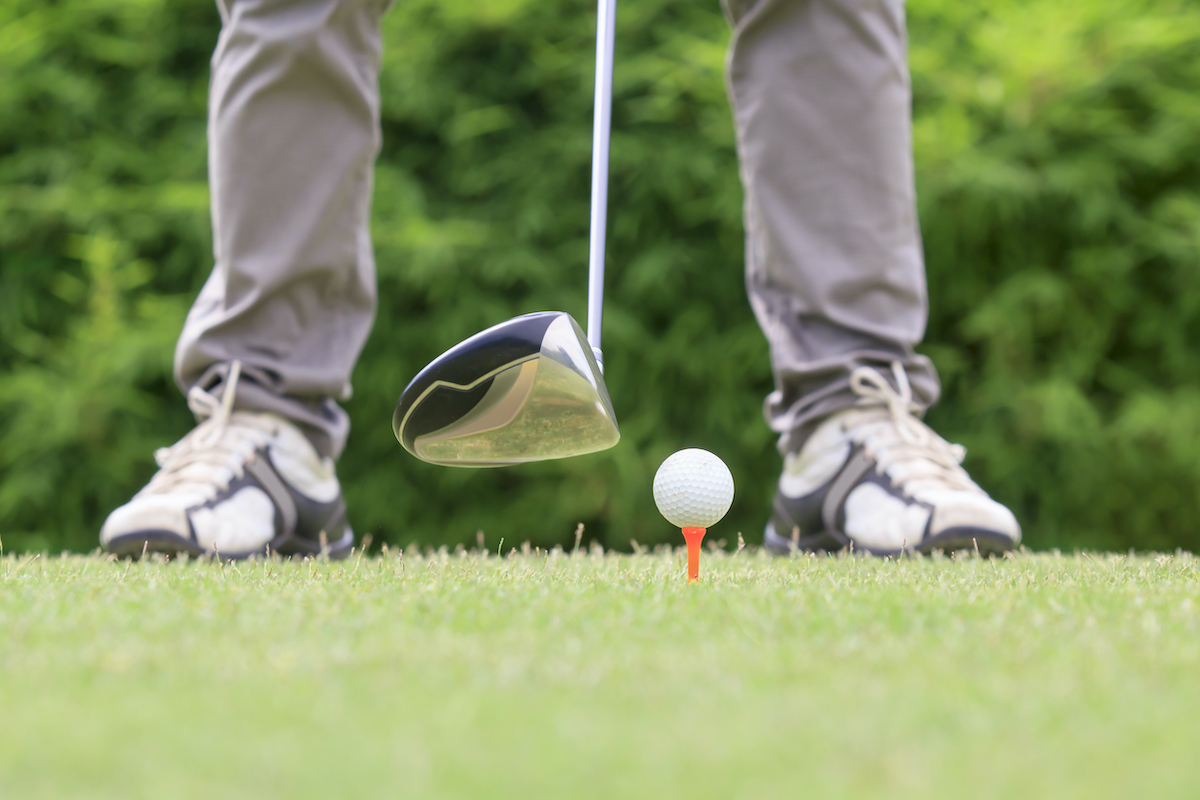 Research published last summer revealed that—especially for older golfers—playing the game enhances both muscle strength and stability. For the study, researchers recruited several non-golfers to a public course to partake in a 10-week training program. Among other findings, the researchers concluded that golfers under the age of 80 had better balance and strength than sedentary non-golfers of the same age. They showed "better dynamic balance and static balance," specifically. And for more ways to increase your balance, see here for The Best Exercises for Improving Your Balance and Stability As You Age. 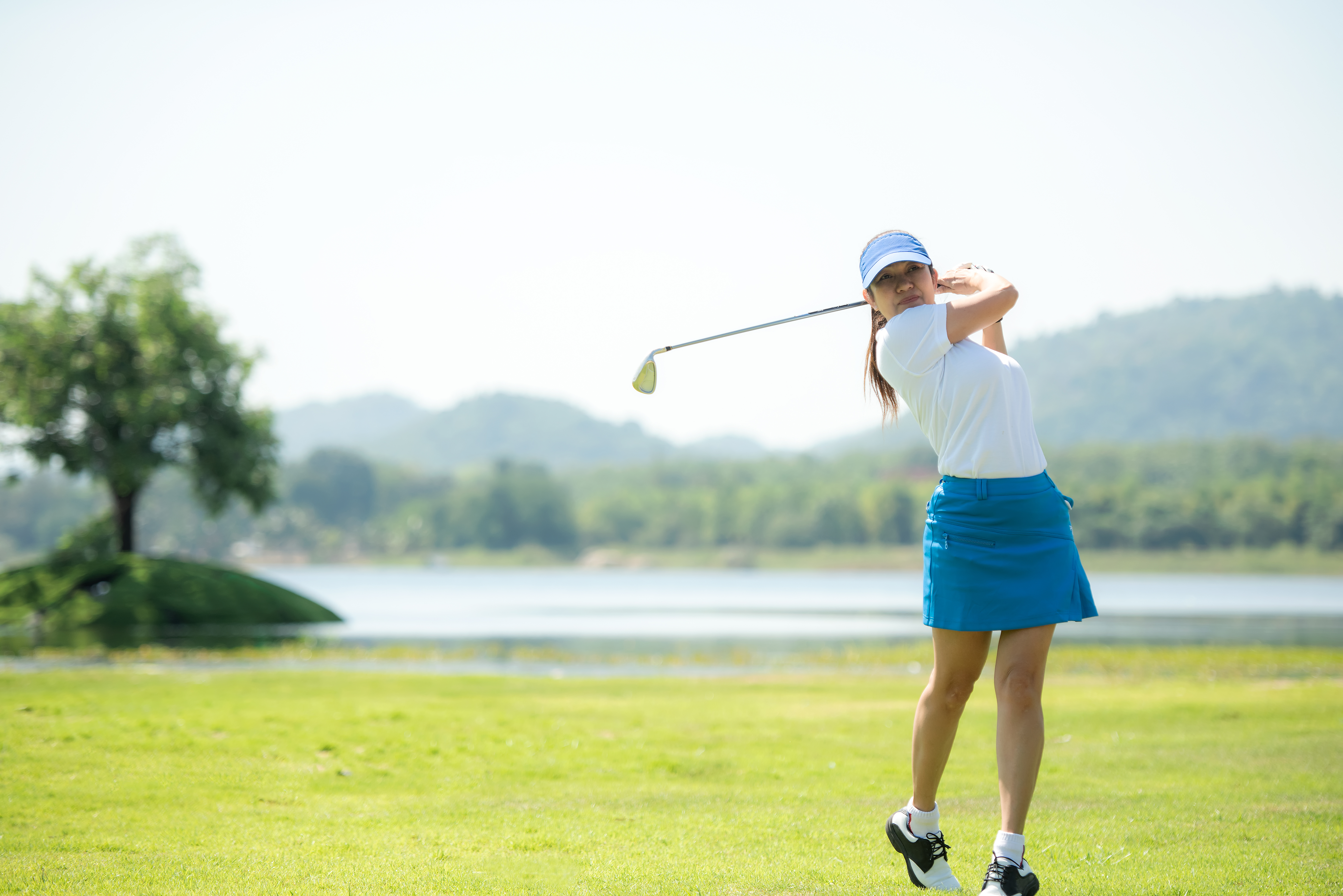 Anyone who has ever learned to do "a proper turn" in golf knows that the golf swing is nothing short of a true athletic movement, in which flexibility is not only important but essential. "Stretching is an important part of the game, and flexibility is paramount to the swing and reducing injury," Andrew Creighton, DO, physiatrist at Hospital for Special Surgery (HSS), explained to Well+Good. 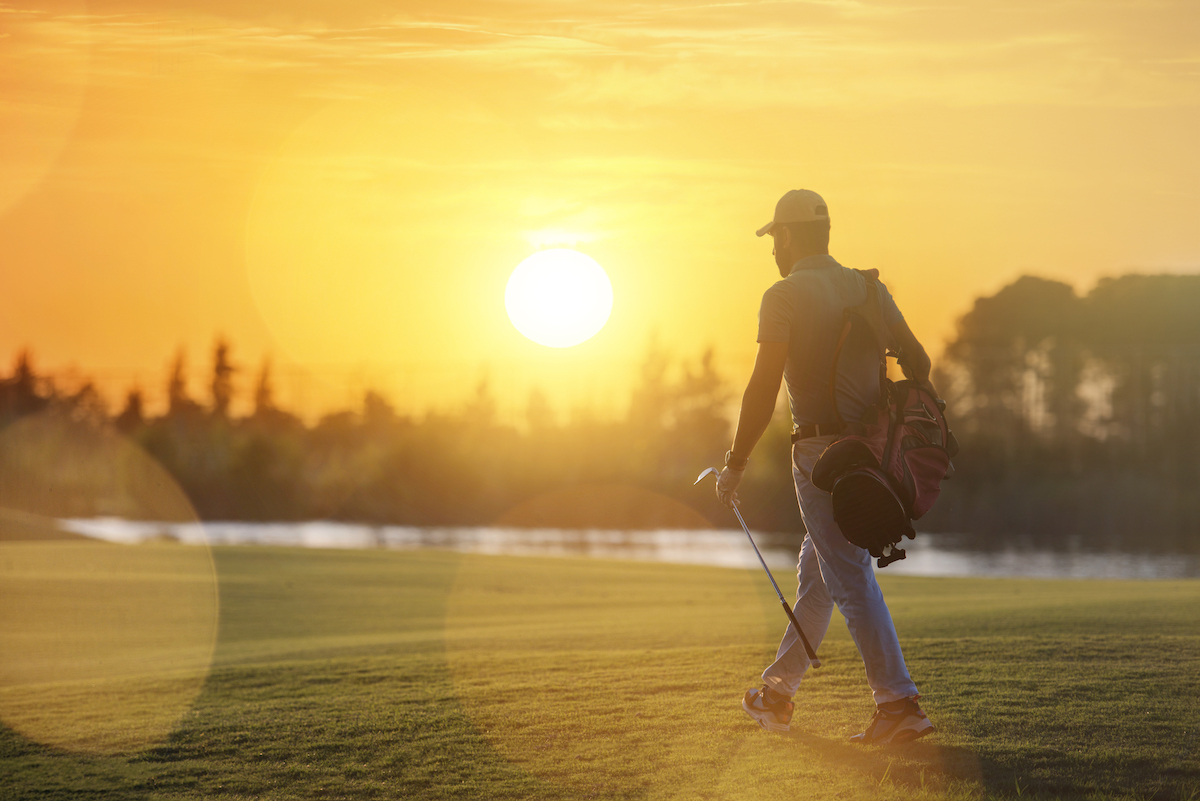 This one is debatable, given that many golfers get so frustrated with the game that they end up breaking their clubs or quitting altogether. But for most amateur golfers, the game is a healthy release. For starters, it's a walk in nature, which is one of the most important things you can do to bolster your mental health. According to a 2019 study published in Frontiers in Psychology, spending only 20 minutes in nature will send your stress hormones levels plummeting. For the study, the researchers recruited nearly 40 volunteers who were asked to spend time in nature, where they either walked or simply sat down, for at least 10 minutes, 3 days per week for two months. Their cortisol levels were measured by saliva sample before and after their bouts with nature. 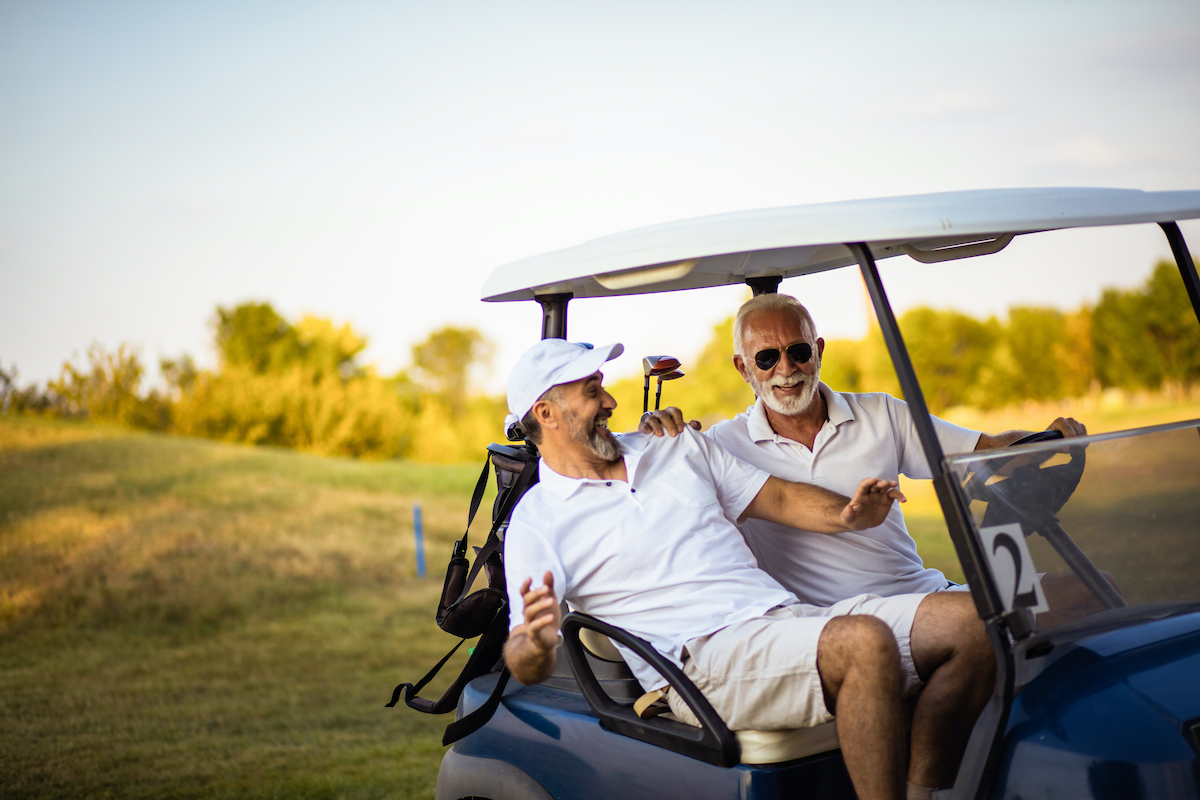 Having a regular golf game with pals is a terrific way to stay connected with others, especially as you get older and your social calendar starts to thin out. Believe it or not, it could extend your life.

According to a new international study published in the Journal of the American Geriatrics Society, individuals around the age of 60 who consistently, or even just sometimes, feel lonely tend to live 3-5 years less on average than their similarly aged peers who never feel lonely. Meanwhile, individuals aged 70-80 years old who regularly perceive themselves as lonely can expect to live roughly 3-4 (70 year olds) and 2-3 years (80 year olds) less than their age-peers who very rarely feel lonely. And for more great exercise advice, don't miss the Unexpected Side Effects of Exercising in the Morning, Say Experts.