Secret Side Effects of Taking a 20-Minute Nap, Says Science

There are undeniable, life-changing benefits to taking a routine siesta.

It's a sad truth that poor sleep and even full-blown insomnia has run rampant over the past year and a half. Undeniably linked to the ongoing COVID-19 pandemic, this recent spike in sleeplessness even has a name: "coronasomnia."

So if you're having insomnia, you're in good company. "Much of the world is, too—it's a consequence of all the changes we're experiencing in Covid," Steven Altchuler, M.D., Ph.D., a psychiatrist and neurologist specializing in sleep medicine at the Mayo Clinic, recently told BBC News. What's more, a recent survey of 2,000 adults reports that only 8% of Americans feel satisfied with their rest upon rising out of bed each morning, while another 61% can't even recall the last time they had enough sleep. Those who believe they never get enough sleep? That's a whopping 22%.

If you're among those suffering from poor sleep, a midday nap may provide you with a wonderful little boost, and could be the thing you need to help you squeeze in some much-needed Z's. The good news is, you needn't sleep for 2 hours at a time, like you usually do on the couch on Thanksgiving. A gentle little siesta will do. "The best nap length in most situations is one that is long enough to be refreshing but not so long that sleep inertia (sleepiness) occurs," advise The Sleep Foundation's Alexa Fry and Kimberly Truong, MD, MPH.

Naps lasting 10 to 20 minutes are considered the ideal length. They are sometimes referred to as "power naps," because they provide recovery benefits without leaving the napper feeling sleepy afterward. Besides just warding off fatigue for a few more hours, a 20-minute nap also offers a number of additional benefits. Curious to know what they are? Read on to learn more about the secret side effects of taking a 20-minute nap. And for more great sleep advice, don't miss why It's Worse to Sleep on This Side of Your Body, Says Science.

Happiness is one of those elusive states of mind that feels harder to attain the more we fixate on it. According to one study, however, the key to happier days may be as simple as adding a 20-minute nap to your routine.

Psychologist Richard Wiseman, Ph.D., a professor at the University of Hertfordshire, surveyed more than 1,000 adults on both their happiness levels and their napping habits. Sure enough, a clear relationship between short naps (defined as lasting under 30 minutes) and increased rates of happiness became apparent. A significantly higher percentage of individuals dubbed "short nappers" reported feeling consistently happy on a day-to-day basis in comparison to both "long nappers" and "no nappers."

"Previous research has shown that naps of under 30 minutes make you more focused, productive and creative, and these new findings suggest the tantalizing possibility that you can also become happier by just taking a short nap," Prof. Wiseman comments. "Similarly longer napping is associated with several health risks and again, this is in line with our results." And for more ways to sleep better, consider trying This Easy Trick for "Falling Asleep in 5 Minutes" That's Going Viral.

You'll Lower Your Risk of Heart Attack and Stroke

An extensive, long-term study carried out in Switzerland indicates that just one to two afternoon naps per week can help reduce one's risk of suffering a heart attack and or stroke. Published in the British Medical Journal Heart, researchers tracked the health outcomes of over 3,000 adults over a median five year period after initially recording each person's sleeping and napping habits.

In comparison to participants who never napped, those averaging one-to-two naps per week were found to be 48% less at risk of suffering a heart attack, stroke, or heart failure over the course of the follow-up period. It's important to stress that these findings are observational in nature, and thus can not establish causation.

Still, this study makes a strong case that a couple midday naps per week can benefit heart health. "The study of napping is a challenging but also a promising field with potentially significant public health implications. While there remain more questions than answers, it is time to start unveiling the power of naps for a supercharged heart," study authors conclude. And for more sleep news, see here for the One Secret Side Effect of Having Weird Dreams, Says Study.

Any illness can be concerning, but afflictions of the mind carry a unique kind of terror. Our brains and thoughts shape our very identities, which is why the notion of cognitive decline and full-blown dementia in old age is so scary. Interestingly, research published in General Psychiatry suggests a regular afternoon nap can help keep your mind sharp and cognitive decline at bay well into old age.

A group of over 2,000 Chinese adults over the age of 60 were surveyed on their napping habits, and then completed a dementia screening test focusing on a wide variety of cognitive areas including working memory, verbal fluency, attention span, problem solving abilities, and locational awareness.

Researchers can't say why exactly naps protect the mind, but they do have a few theories. "One theory is that inflammation is a mediator between mid-day naps and poor health outcomes. Inflammatory chemicals have an important role in sleep disorders," study authors comment. "Sleep regulates the body's immune response and napping is thought to be an evolved response to inflammation. People with higher levels of inflammation also nap more often."

You'll Be More Productive and Confident 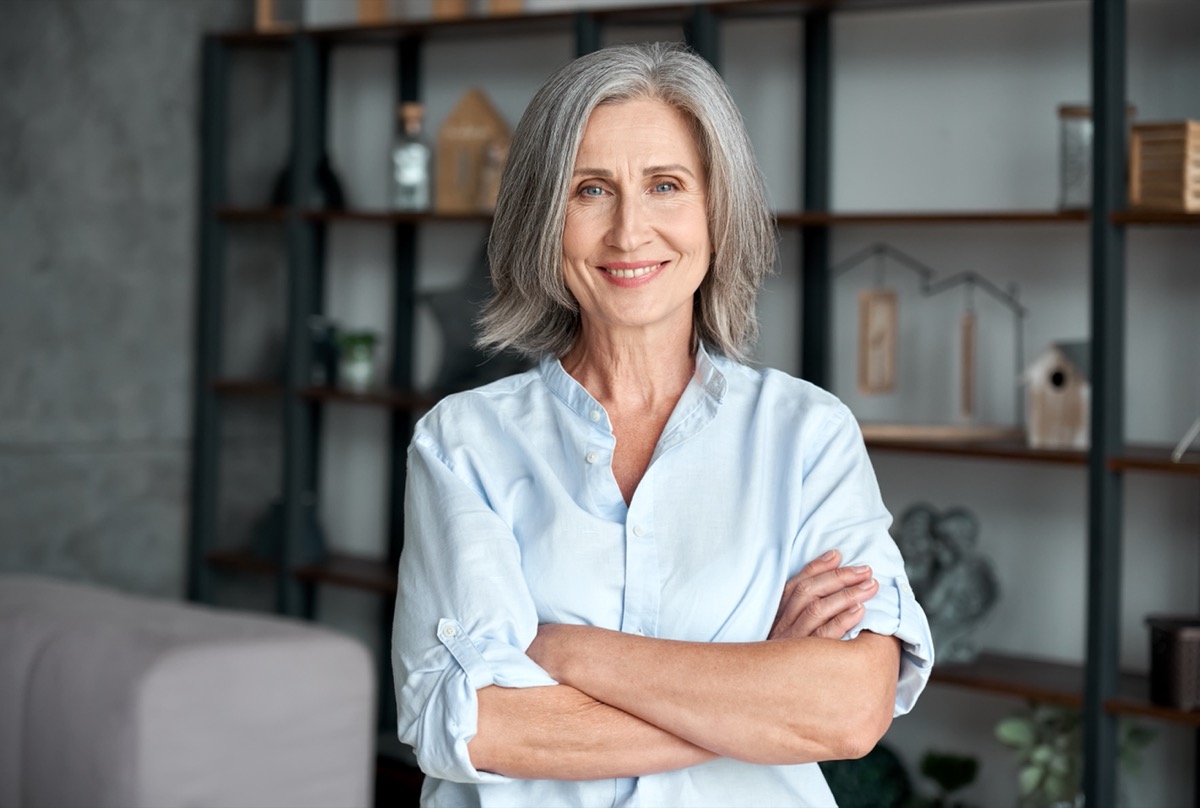 Many people associate a napping habit with laziness. The opposite may actually hold true, though, according to a survey put together by Mattress Nerd. A total of 2,000 U.S. adults were surveyed, and self-identified nappers were more likely to consider themselves productive (93%) in comparison to non-nappers (65%). Similarly, nappers were also more likely to be career driven (78% versus 55%), confident in themselves (89% versus 79%), and enjoy a healthier work-life balance (83% versus 62%) than non-nappers.

Importantly, the survey also suggests keeping naps to around 15-20 minutes in length. Any longer, and you're likely to wake up more groggy than refreshed. It's also worth mentioning that respondents claimed 1:30 PM is the ideal time for an afternoon nap, and 65 degrees F is the best room temperature for napping.

One Caveat: Don't Overdo It! 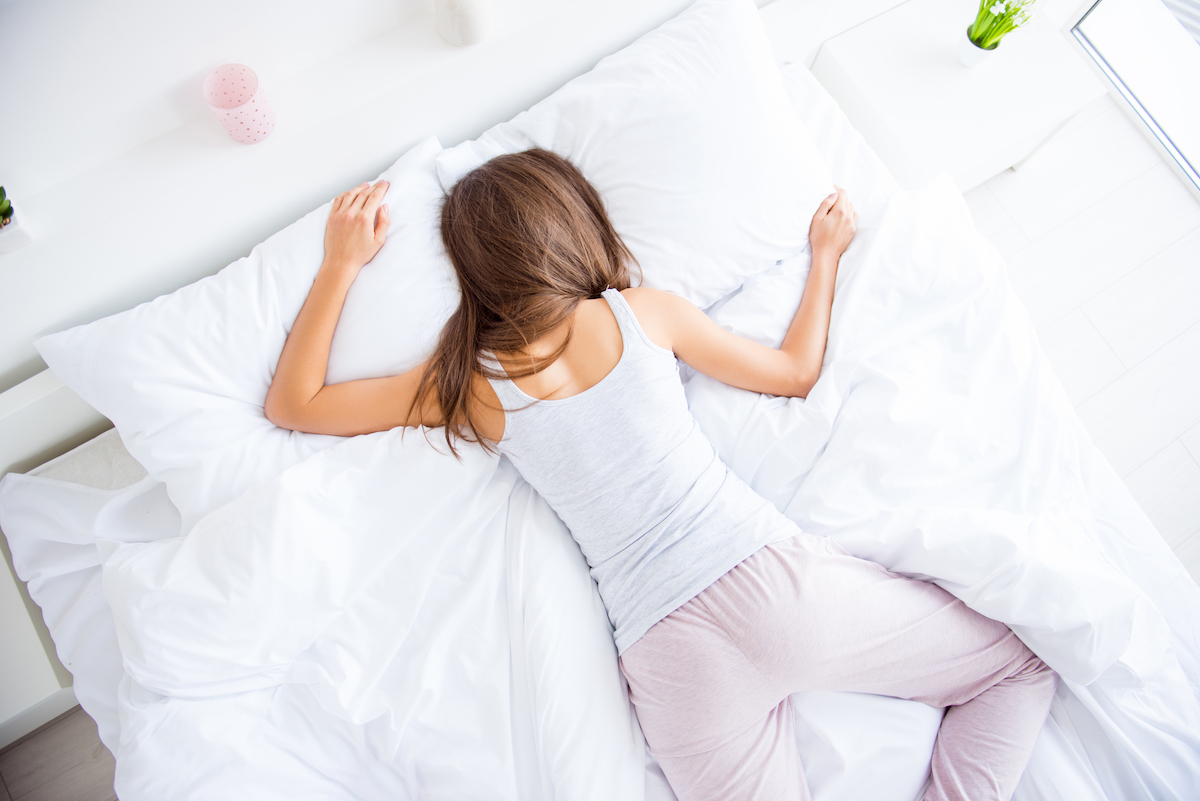 It would certainly be nice on some days to extend that afternoon nap to more than about 20 minutes, but there are a few reasons why that's not a good idea. Besides the grogginess already touched on, a recent study out of China reports naps lasting an hour can increase heart disease risk as well as overall risk of death.

After analyzing data on over 300,000 individuals, researchers concluded that people who habitually nap for over an hour had a 30% higher chance of all-cause death and a 34% higher chance of cardiovascular disease in comparison to non-nappers.

"The results suggest that shorter naps (especially those less than 30 to 45 minutes) might improve heart health in people who sleep insufficiently at night," study author Dr. Zhe Pan states. "If you want to take a siesta, our study indicates it's safest to keep it under an hour." And for more sleep news, don't miss The Secret Side Effect of Changing Your Bedtime, Says New Study.