Imagine you had your own weight-loss posse—a dedicated entourage of slim-down authorities whose entire lives were devoted to helping you look great.

Well, in a way, you do. And your entourage is a lot bigger than just Turtle, E and Drama. In fact, you have somewhere around 80 trillion boosters hanging around, 24/7, ready to help with your every weight-loss goal. They're your gut microbes, and they live in your digestive tract, managing your hormones, battling bad bugs, and helping you draw nutrients from your food. And now, a new study has found that a humble mushroom that's been used for centuries in Chinese medicine may give your weight-loss entourage a hand in helping to keep you slim.

The study, published in Nature Communications, suggests that the Ganoderma lucidum, also known as reishi or lingzhi, slowed weight gain in animal studies by altering the bacteria in the beast's gut. The researchers suggested the mushroom could eventually be used in the treatment of obesity. But if mushrooms aren't your thing, no worries. We've discovered 7 more belly-flattening superfoods you've never heard about but should be eating. Chow down—your entourage will thank you! And to lose even more weight—rapidly, while eating amazing foods—watch this free special report: The 8 Best Flat-Belly Superfoods!

Known as the "chocolate pudding fruit," black sapote tastes like … chocolate pudding. No wonder it's an Eat This, Not That! favorite! Deceptively rich and creamy, a 100-gram serving has 130 calories and 191 mg of vitamin C, or twice that of an orange. (That's a mic drop, chocolate pudding.) A study published in Food Research International found black sapote to be a good source of carotenoids and catechins, which spur the release of fat from fat cells and helps the liver convert fat into energy.

How to Enjoy It: Originating in South America, black sapotes can be found in Florida and Hawaii, and certain growers online will ship them within the U.S. Devotees swear by them for low-cal pies and smoothies. Speaking of smoothies, melt fat with each sip by making the The Best Weight-Loss Smoothie Ever. 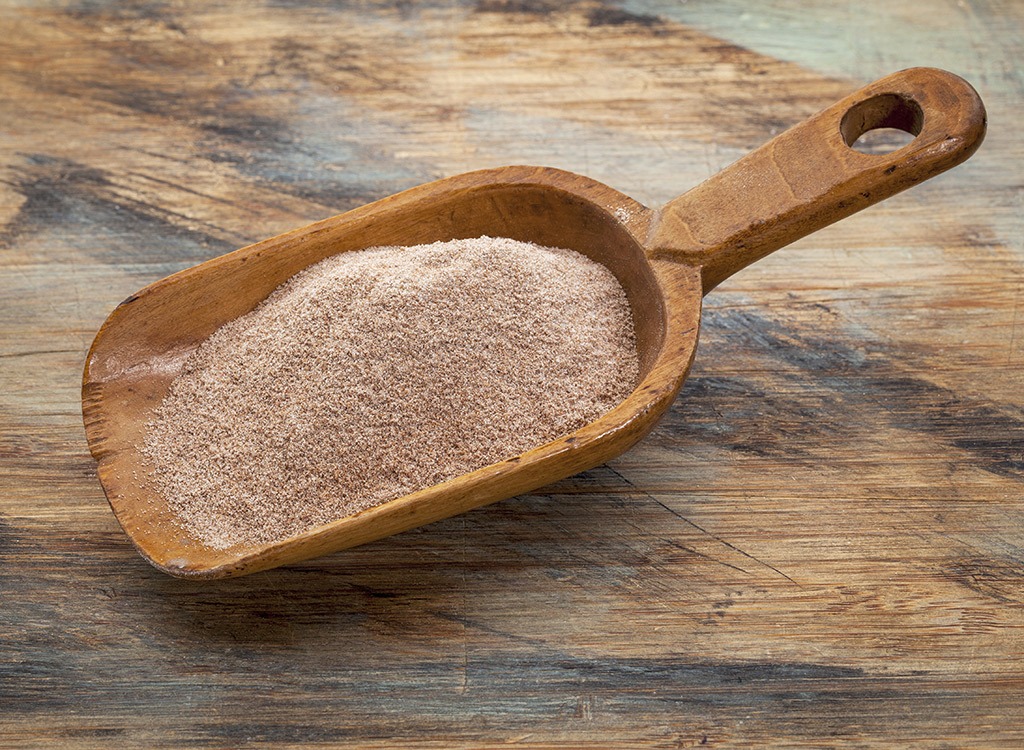 Dubbed the next big thing in grains, teff has some calling it "the new quinoa," and Lisa Moskovitz, RD, says that label is well deserved. "It's a more complete amino acid-packed protein than quinoa itself," she says. "That makes it great for anyone who wants to keep calories low and protein high." Moskovitz says the health benefits don't stop there. Teff is "also a good source of fiber, in addition to containing 30 percent of your daily value of blood-pumping iron." All that fiber and protein add up to one key element in your slim-down efforts: appetite control. And it gets better: one study listed its benefits, among others, as beneficial to those with an iron deficiency, as well as a fantastic wheat supplement for people with diabetes. This great grain won't be a secret much longer.6254a4d1642c605c54bf1cab17d50f1e

How to Enjoy It: Cook teff as a simple side dish with some Parmesan, onions, fresh garlic and tomatoes, or use it as a base for breakfast porridge. Add honey, fruit, and unsweetened coconut flakes for some additional flavor and crunch! 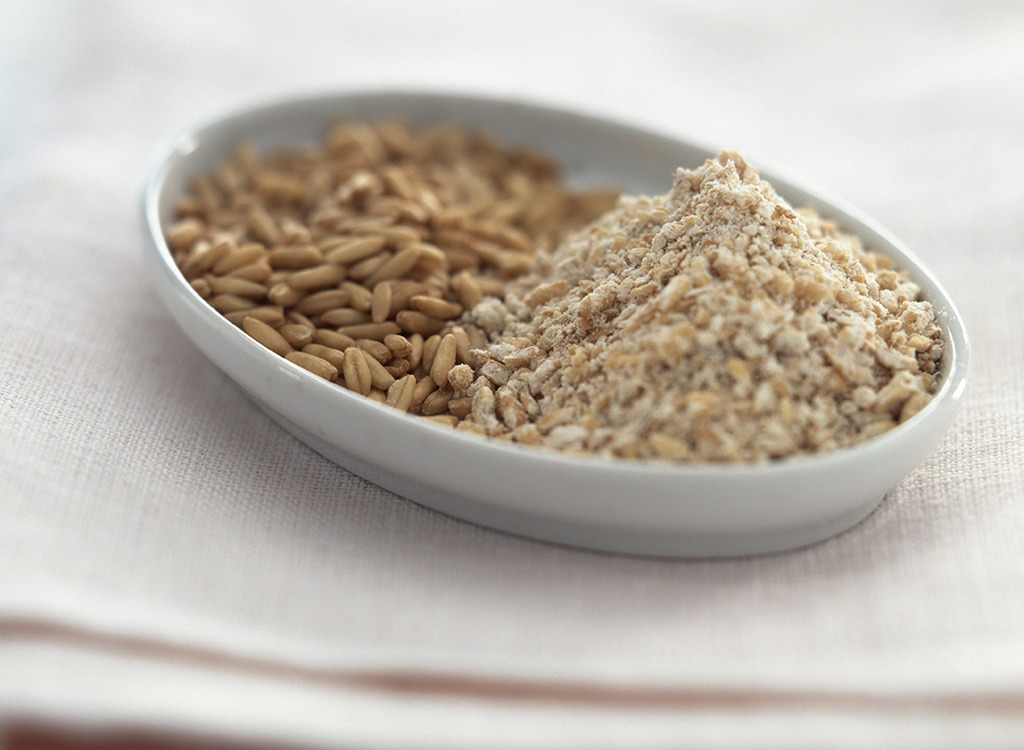 With ancient grains trending, this one will battle quinoa and teff for space at your table. Native to the Middle East, kamut, also known as Khorsan wheat, is rich in heart-healthy omega-3 fatty acids, high in protein and low in calories. A half-cup serving has 30% more protein than regular wheat (six grams), with only 140 calories. Eating kamut reduces cholesterol, blood sugar and cytokines, which cause inflammation throughout the body, a study published in the European Journal of Clinical Nutrition found. "This whole grain has plenty to offer," says Moskovitz. "It packs in a good source of zinc, iron and B-vitamins, all of which will help keep your energy levels high so you can burn more calories throughout the day, aiding your weight-loss efforts."

How to Enjoy It: Toss it into salads or eat it as a side dish on its own. A quick tweak like that can have you melting fat fast—along with these secrets on 14 Ways to Lose Your Belly in 14 Days. 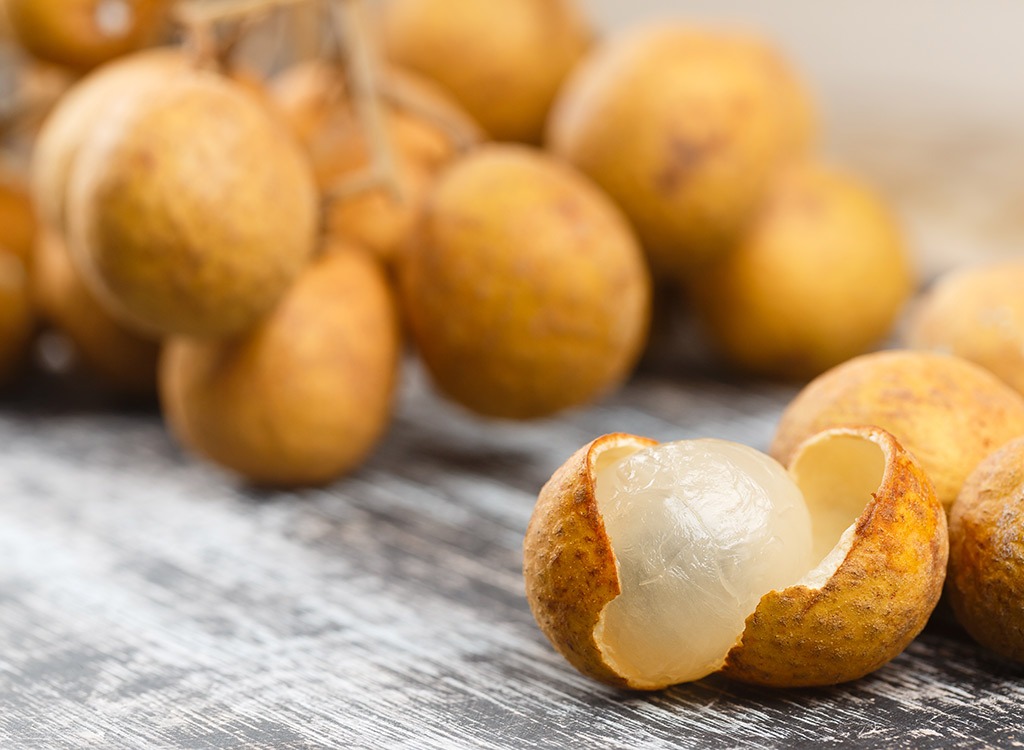 These opaque lychee-like fruits taste like grape and pear, and their nutritional profile is equally refreshing: A 100-gram serving has 140% of the RDA of vitamin C, only 60 calories and no fat. And they have a growing reputation as a superfood: A study published in The Journal of Food and Chemical Toxicology found that longan fruit extract was as effective at neutralizing free radicals—destructive molecules that can lead to cell aging and DNA damage—as Japanese green tea extract!

How to Enjoy It: Fresh longans are available from online importers and at Amazon.com.

This fermented Chinese tea can literally shrink the size of your fat cells! To discover the brew's fat-crusading powers, Chinese researchers divided rats into five groups and fed them varying diets over a two month period. In addition to a control group, there was a group given a high-fat diet with no tea supplementation and three additional groups that were fed a high-fat diet with varying doses of pu-erh tea extract. The researchers found that the tea significantly lowered triglyceride concentrations (potentially dangerous fat found in the blood) and belly fat in the high-fat diet groups. It's a natural fat-blaster, along with barberry, rooibos and white tea.

How to Enjoy It: We love Pu-erh so much, we made it part of our brand new weight-loss plan, The 7-Day Flat Belly Tea Cleanse! Test panelists lost up to 10 pounds in just one week! 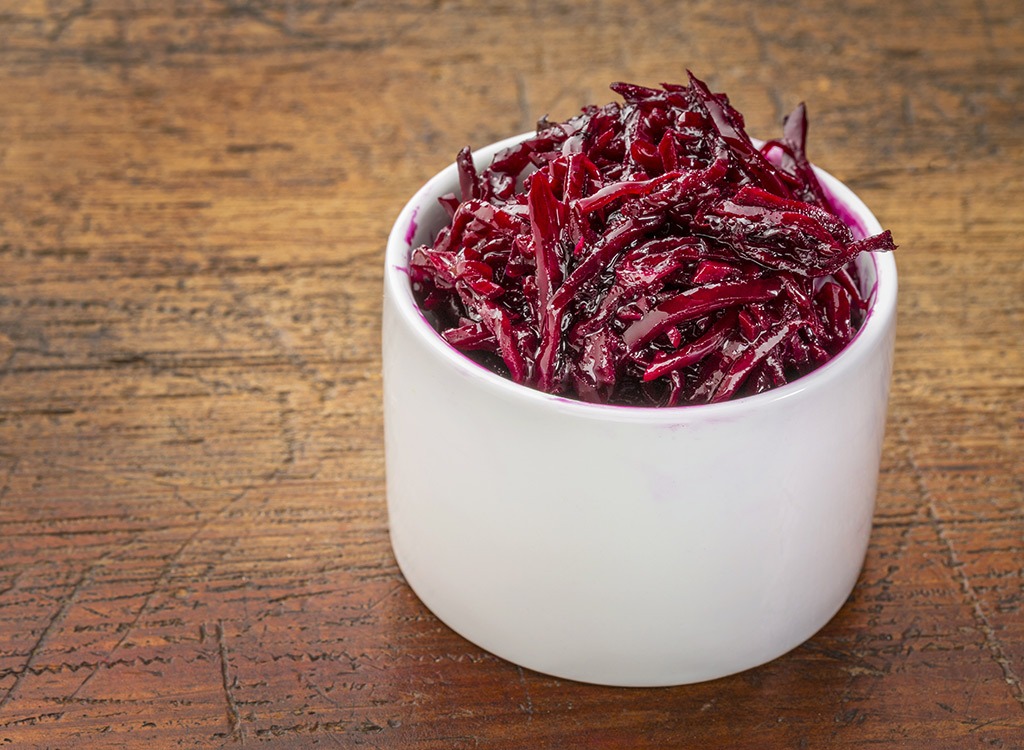 You've eaten it in sushi and reluctantly tried snacking on the dried stuff. But seaweed, a superfood, comes in many forms, none more convenient than dulse. It's edible seaweed high in many vitamins and minerals, known specifically for its high iodine content, which helps keep your thyroid functioning properly. "Without sufficient levels of iodine, your thyroid function becomes impaired and it's harder for your body to burn fat," says nutritionist Dana James of Food Coach NYC, who suggests sneaking sea vegetables into your diet at least three times a week. You can find it at the supermarket in flake form sold in small shakers, like spices.

How to Enjoy It: Use it as you would a spice and in place of salt! Shake onto salads, vegetable dishes, pastas, baked potatoes, corn on the cob and soups. 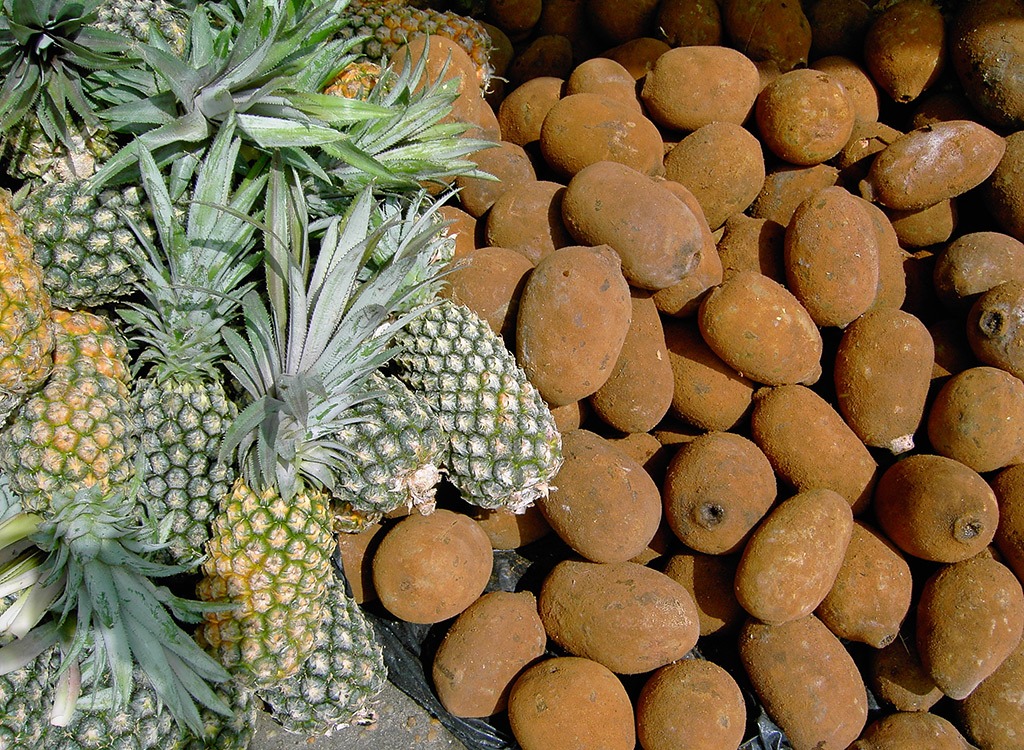 Pronounced "koo-pwah-soo," this has been called the "next great superfruit," a "pharmacy in a fruit" and "Brazil's new chocolate," and the cupuaçu indeed shows promise as a weight-loss weapon. The fruit, which looks like a coconut and tastes like chocolate, pineapple and pear, is rich in vitamin C, B vitamins and amino acids. According to a study published in The Journal of Natural Products, cupuaçu contains several compounds that can boost your health and aid your weight loss efforts: nine antioxidants, including catechins, which trigger the release of fat from fat cells; quercetin, which activates a protein in the body that can burn fat and prevent it from forming; and polyphenols.

How to Enjoy It: The superfruit has been creeping northward; it's been spotted in Florida, although powdered and frozen-puree versions have popped up for sale online. Get your hands on one and juice it—the unique flavor makes for a refreshingly sweet and healthy breakfast cocktail. Pair it with your favorite breakfast staple, as long as it isn't one of these Worst Breakfast Foods for Weight Loss.

Chia seeds—now a mainstream, not-so-secret secret superfood—produce the top-notch energy you need to fuel busy work days through a powerful trifecta of nutrients. "Chia seeds give you stable energy because of their great ratio of protein, fats and fiber combined with the fact that they're low-carb," says Carolyn Brown, MS, RD at Foodtrainers. "They won't cause spikes and drops in blood sugar or insulin levels, preventing cravings and overeating later." That means you'll be that much more likely to walk past the vending machine on your way back from your 2 pm meeting without stopping to drool—or worse, buy.

How to Enjoy It: Bring a chia-based snack to work that you can reach for (guilt free!) if the midafternoon yawns hit hard. Try making chia pudding with 1/2 cup chia seeds, 2 cups unsweetened almond milk and vanilla extract to taste. Play around with your spice rack to find your favorite combo–just be sure to avoid too much added sugar! In a rush? Stock up on Chia Pods for a quick grab-and-go snack.