The #1 Red Flag Your Job Is Damaging Your Mental Health

This is the biggest sign you should prioritize yourself over your paycheck, say psychologists.

The world's #2-ranked tennis player and one of the highest-paid female athletes in history, Naomi Osaka, shocked the sports world last week when she announced her withdrawal from the French Open and her decision take a break from tennis due to mental health concerns. And while it was certainly a surprise to see someone as competitive as she is prioritize her mental wellbeing over her professional obligations, her decision has spawned a larger conversation about own our mental health as it pertains to work-life balance.

One question is: Why? Political advisor and author Oren Cass tells The Atlantic that Americans are brought up to believe that work should be the most poignant aspect of life. "We've created this idea that the meaning of life should be found in work," he explains. "We tell young people that their work should be their passion. 'Don't give up until you find a job that you love!' we say. 'You should be changing the world!' we tell them. That is the message in commencement addresses, in pop culture."

But the truth is, your job can have disastrous consequences for both your mental and physical health, regardless of what your commencement speaker—or boss—is telling you. "There is now a mountain of careful research showing that people who experience long hours of work have serious health consequences," John Pencavel, Ph.D, a professor emeritus of economics at Stanford and author of Diminishing Returns at Work: The Consequences of Long Working Hours, explained to The New York Times. In fact, a new report from the World Health Organization says that our grueling workdays are responsible for killing 745,000 people every year. (Studies also show that overworked employees aren't great for business, either. In fact, one notable study makes a strong case that productivity essentially plummets—and any further work is a waste of time—after working for just 64 hours per week.)

If you're concerned that your job is harming your mental health, leading experts say that there's at least one major red flag you should look out for. Read on for what it is, along with other notable warning signs that your job is hurting your mental health. And for why you should take action to rectify starting sooner than later, make sure you know What Having a Busy Job Does to Your Body, Says Science.

Your personal relationships are suffering

Are you fighting more with your significant other? Finding yourself snapping at your kids more often? Avoiding seeing friends due to sheer mental exhaustion or a bad mood? There's no bigger red flag that a job is detrimental to mental health as when it starts infiltrating the rest of your life, Jessi Gold, MD, MS, a psychiatrist at Washington University in St. Louis, tells The New York Times.

You may tell yourself that your job-induced misery isn't hurting anyone (besides yourself), but it's important to consider how your bad moods may be impacting your loved ones' mental health, as well. As Elizabeth Dorrance Hall, Ph.D., explains, your poor mental health will create what's known as a "spillover-crossover model" that expands into your personal world. First, job stress "spills over" from the office and into the home, and eventually it "crosses over" and starts impacting our family members and partners. "Crossover by definition must impact more than one person," she writes. So if your personal relationships are suffering, take note. And for more mental health news, see here for The Secret Side Effect of Sleeping in Too Late, Says New Study.

You have no control

Unless you've started your own business or you're the CEO, there are always going to be certain aspects of your job that are out of your control. But research shows that having minimal control over one's job can be detrimental to wellbeing over time. This study published in the Journal of Applied Psychology reports that on-the-job autonomy is directly linked to physical and mental health.

"When job demands are greater than the control afforded by the job or an individual's ability to deal with those demands, there is a deterioration of their mental health and, accordingly, an increased likelihood of death," explains Erik Gonzalez-Mulé, Ph.D., assistant professor of organizational behavior and human resources at the Indiana University Kelley School of Business and the study's lead author, in the official release.

Interestingly, the study also suggests that a lack of control at work may actually be more harmful than a heavy workload or extra responsibilities.

You say things like, "I'm no good at my job anyway." 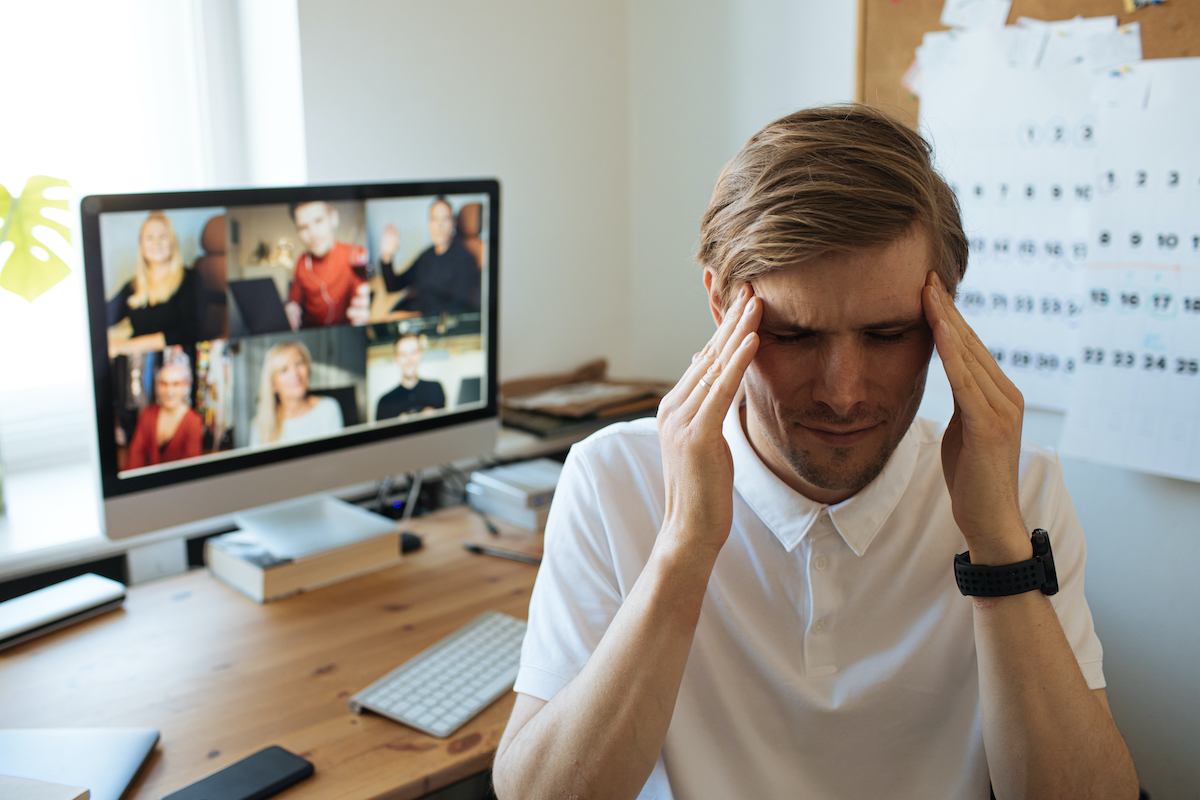 An inability to muster the will to work, especially if you work in a field that you usually enjoy, is a surefire sign of mental burnout. "Everyone has some awareness of their baseline functioning at work," Gold adds.

If your productivity has fallen off a cliff lately, and you dread checking your work email each and every morning, Dr. Gold recommends taking some time to really evaluate how you're feeling about your job. She adds negative thoughts such as "I'm no good at my job anyway. I'm useless," are another common sign of a mental health toll.

You're working too many hours

Fact: There are only so many hours in the day, and only a portion of them should be devoted to work. Consider this study published in the journal Social Science & Medicine, which concluded that working more than 39 hours per week is linked to an increased risk of mental health issues. "Long work hours erode a person's mental and physical health, because it leaves less time to eat well and look after themselves properly," lead researcher Dr. Huong Dinh comments.

As previously mentioned, the WHO released a report last month stating that long working hours caused an astonishing 745,000 cardiovascular disease-related deaths in 2016. As part of their coverage of that story, the BBC spoke to Andrew Falls, a 32-year old service engineer from Leeds who has experienced what too many hours of work can do first-hand. "Fifty to 55 hour weeks were the norm. I was also away from home for weeks on end. Stress, depression, anxiety, it was a cauldron of bad feedback loops," he told reporters. "I was in a constant state of being run down." And for more signs you're working too much, don't miss the Danger Signs You Need a Vacation ASAP, Say Psychologists.