The Secret to Getting a Lean Body for Good, Says Science

It takes your body a long time to adjust to new habits—so don't beat yourself up when you fail.

According to Charles Duhigg, author of the blockbuster book The Power of Habit, the "golden rule" of habit change is recognizing that—just as matter can neither be created nor destroyed—it's practically impossible to simply erase a bad habit from your life. "You can only change it," he explained. But anyone who has ever tried to adopt a New Year's resolution can tell you that replacing a bad habit with a good habit can be really, really hard—and it takes plenty of time.

After all, many leading researchers will tell you that successfully making a habit more "automatic"—when it feels less like work, and you simply go about it naturally—is essentially the Holy Grail to living healthier, getting fitter, and finally getting that strong, lean body you've always wanted.

But how much time does it take to make a habit more automatic? The truth is, science has been conflicted on this subject for decades.

Does it take two weeks? Three weeks? Ninety Days? Never?! Well, if you're committed to getting fitter and making exercise a central component of your life, knowing the truth about habit formation may be the secret to finally seeing the results you want—and finally getting that lean, fit body you've always wanted. Read on to learn more, and if you really want a lean body? Make sure you Do This One Exercise Above All Others, Say Experts.

It Takes Longer Than 21 Days

For years many people believed that it takes roughly 21 days to form a new habit. According to a new article in US News & World Report, this belief came from the 1950s, when a noted plastic surgeon concluded that it takes roughly three weeks for people to adjust from surgery—noting that it takes 21 days for someone to "stop feeling phantom sensations after losing a limb." Though the 21-day myth has persisted, research has proven that it takes a lot longer to change your habits. And for more life-changing exercise advice, see here for the Secret Exercise Tricks for Keeping Your Weight Down for Good.

It Takes at Least 66 Days 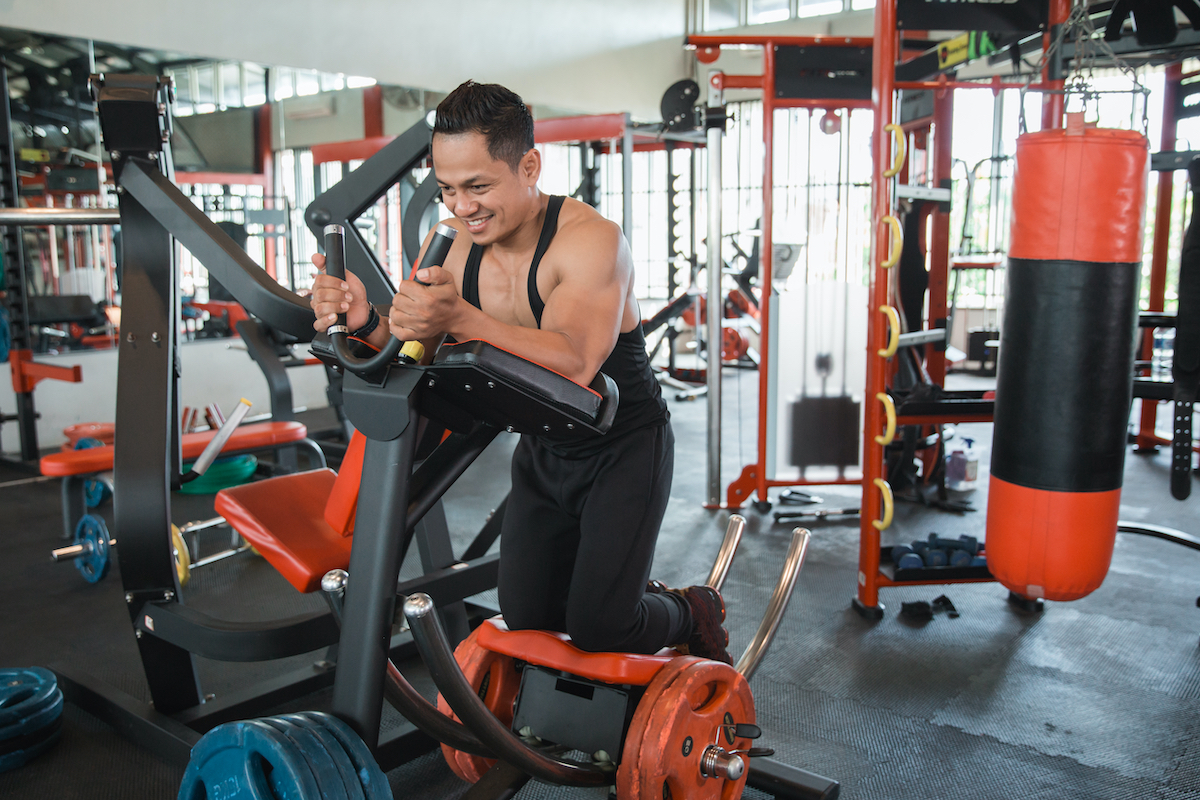 US News & World Report cites a 2009 study published in the European Journal of Social Psychology, where people were asked to try to form a single new healthy habit, whether it was exercising before dinner or simply drinking more water with meals. Ultimately, the researchers found that, on average, it took 66 days to cement a new healthy habit into peoples' lives.

At worst, it could take upwards of 254 days.

Why does it take so long? As Stephen Graef, Ph.D., a psychologist and founder of Mindurance, explained to the magazine: "Every time we perform a new behavior, a new neurologic pathway begins to form in the brain. The first time, our brain's neuro-construction team just comes out, surveys the land and gets out all of its equipment. The next time, it knocks down a couple of trees. Slowly, a dirt hiking trail emerges. Then, that trail gets paved. Eventually, that trail becomes an eight-lane highway." And for more ways to get fit and lean, check out The 15-Second Exercise Trick That Can Change Your Life.

Here's What You Can Do About It

The first order of business is to understand that forming new habits isn't easy, and it will take a lot of time. But most importantly, you need to be thinking bigger—and you shouldn't beat yourself up for any missteps along the way. In other words: Keep your eyes on the prize, and if you make a mistake—say, don't do those squats before brushing your teeth, or you slept in and missed your morning walk—you need to be kind to yourself. Just keep at it.6254a4d1642c605c54bf1cab17d50f1e

"If one day, you have an unhealthy lunch or don't make it to the gym, that's OK," Graef explained. "Try eating healthy at your next meal and getting to the gym tomorrow. When we are hard on ourselves, it more often leads to failure."

So if you fall short of your goals, don't beat yourself up. If you do, you could create a negative cycle in which you avoid doing the things you'd like to do because you're avoiding the negative feelings you've attached to them. Instead, practice self-compassion, remind yourself that you're only human, and then get back to your plan.

And Consider a Few of These Tricks 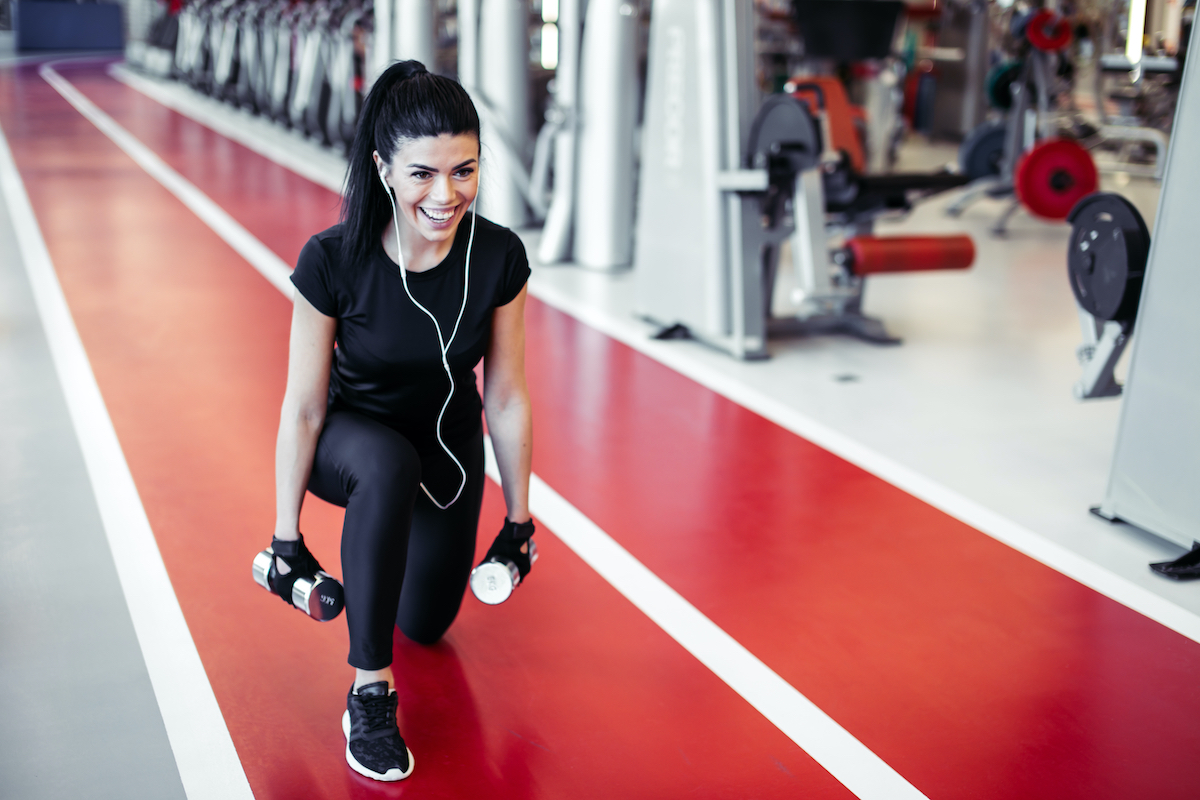 If you're in the market for a few small fitness habits you can marble into your days, don't miss our roundup of Secret Little Tricks for Getting a Lean Body Fast, Say Experts. But some great ways to start include doing some stretches every single hour, utilizing more compound moves at the gym, putting your alarm clock well out of reach, and always "walking like you're late everywhere."

In the case of the latter, fitness coach Paul Knight explains how to do it: "Walk like you are late wherever you are and wherever you are going. Focus your mind on walking. Imagine you are late, and walk as fast as you can for 5 minutes. Get your heart rate up, get a little out of breath, and maybe a bit of a sweat on. After 5 minutes of focused walking, return to normal."

If you do this up to 6 times a day, he says, you will have squeezed 30 minutes of power walking into your day—and you'll have burned off plenty of calories. And remember: Brisk walking is a wonderfully effective way to burn fat and, according to one doctor, can add upwards of 20 years to your life.

William Mayle
William Mayle is a UK-based writer who specializes in science, health, fitness, and other lifestyle topics. Read more about William
Filed Under
exercise