The 7 Biggest Myths About Metabolism—Busted!

High metabolism: It's the Holy Grail of weight loss, the mysterious, magical method by which we burn fat all day, all night, even when we sleep—if only we could crank it up. Marketers know we're buying metabolism fixes: A quick Google search for "metabolism" turns out some 75 million hits—more than "obesity," (10M) "weight loss," (34M) and "Kate Upton" (1.4M) combined!

It's obvious why: In theory, a "metabolism boost" is the easiest way to burn fat. Metabolism refers to the process by which your body converts the calories you eat into energy—the stuff that fuels everything you do, from growing your hair to breathing in air. The more efficiently you burn off those calories, the less fat you store without the need for a restrictive diet or intense exercise. Sounds awesome, right?

Yet as with any seemingly magical formula, the recipe for boosting metabolism is shrouded in myth—and misconceptions.

Here are our sure-fire suggestions for melting away the pounds—and seven metabolism myths debunked. 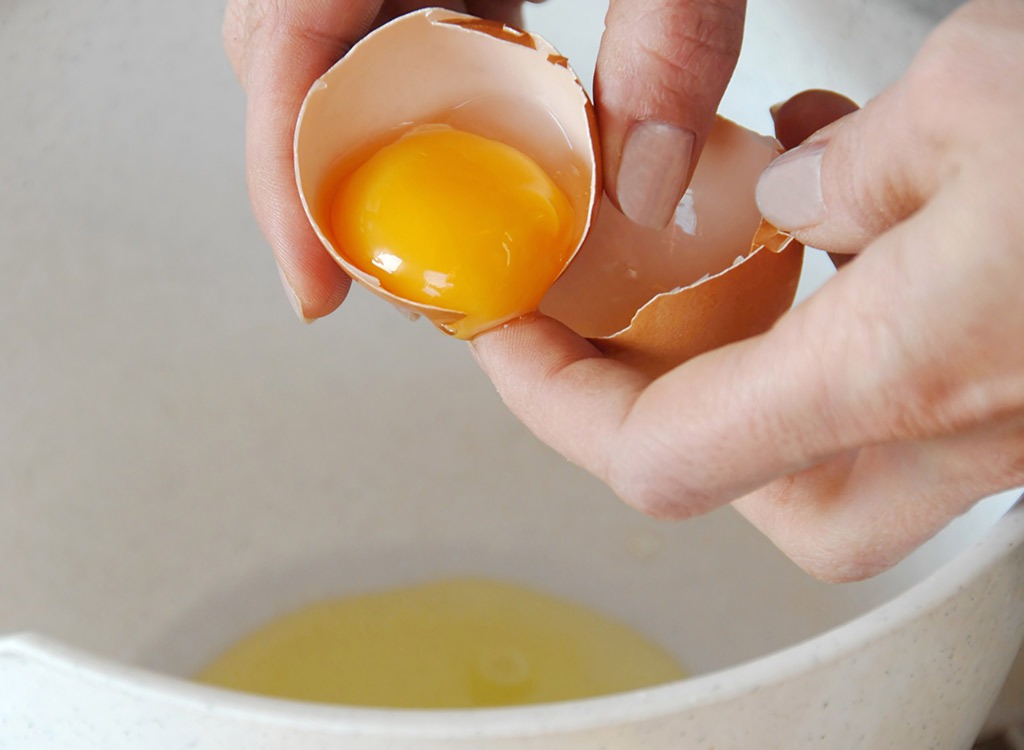 Contrary to popular belief, researchers now say breakfast doesn't kickstart the metabolism and may not be the most important meal of the day. A new study in the American Journal of Clinical Nutrition had more than 300 overweight participants consume diets that included either eating or skipping breakfast. At the end of 16 weeks, dieters who ate breakfast lost no more weight than the breakfast skippers. And a second study in the same journal found eating breakfast had zero impact on resting metabolism. Breakfast is an ideal place to squeeze protein, fiber and other nutrients into your day, but if the choice is a doughnut or nothing, opt for the nothing.

SURE-FIRE BOOST: Start your day with lean protein, which burns twice as many calories during digestion as fat or carbs. But don't stress about squeezing it in before 9 am. Just be sure to steer clear of the 41 Worst Supermarket Breakfast Foods in America. 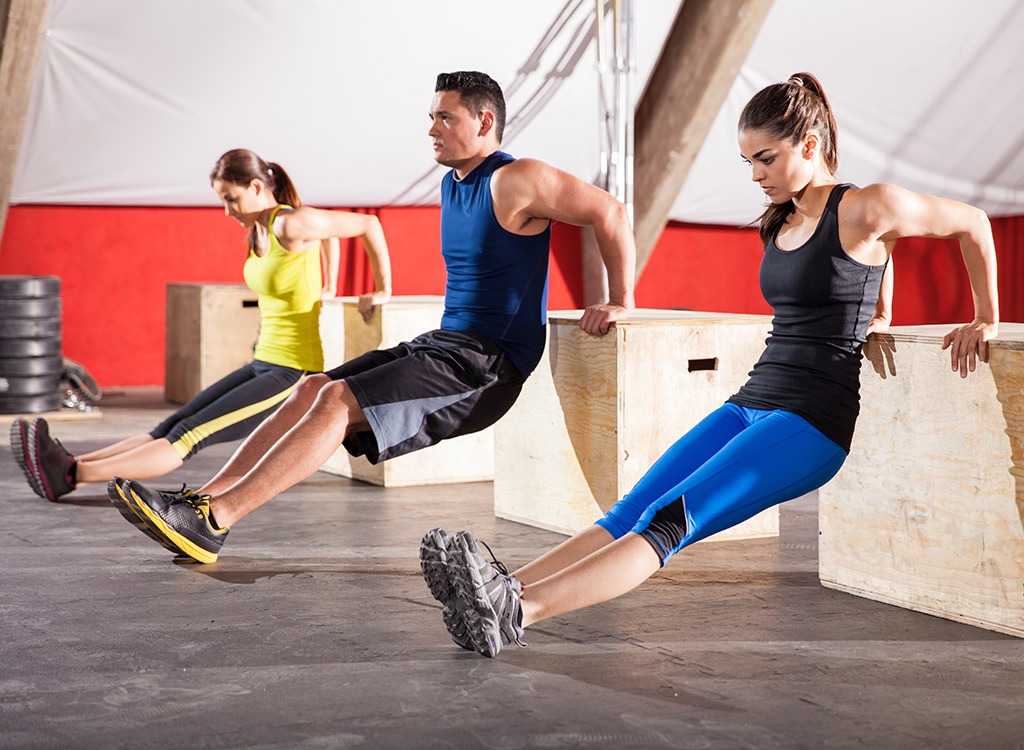 We still like to think of sweat as our fat crying—-especially when we're raising our temperature through Bikram yoga or some other "hot" workout—but striking new research published in the journal Diabetes suggests cooler temperatures may be optimal for weight loss. According to the study, simply turning on the AC at night may subtly transform a person's stores of brown fat-—the "good" fat, stimulated by cold temperatures, that serves to keep us warm by burning through "bad" fat stores. Participants spent a few weeks sleeping in bedrooms with varying temperatures: a neutral 75 degrees, a cool 66 degrees, and a balmy 81 degrees. After four weeks of sleeping at 66 degrees, the men had almost doubled their volumes of calorie-burning brown fat. Cool!

SURE-FIRE BOOST: Turn down the heat at night. You'll trim your belly, and your heating bills. While you're at it, follow this nighttime ritual 30 minutes before bed to lose more weight.

You've probably read that hot sauce can boost your metabolism, and in fact, that's true. But what if you don't like spices? Now, there's new research to suggest more-palatable, mild peppers may have the same calorie-burning potential—minus the agony! Study findings presented at the Experimental Biology meeting in Anaheim, California, suggest the compound dihydrocapsiate (DCT), capsaicin's non-spicy cousin, is equally effective. In fact, participants who ate the most DCT from mild peppers experienced a metabolic boost that was nearly double the placebo group.

SURE-FIRE BOOST: Pack your salads and stir-frys with sweet peppers—including bell peppers, pimentos, rellenos and sweet banana peppers. They're just as effective as the hot stuff.

LOSE MORE BELLY FAT WHEN YOU KNOW THE 55 BEST WAYS TO BOOST YOUR METABOLISM.

Six small meals throughout the day will stoke the metabolic fire 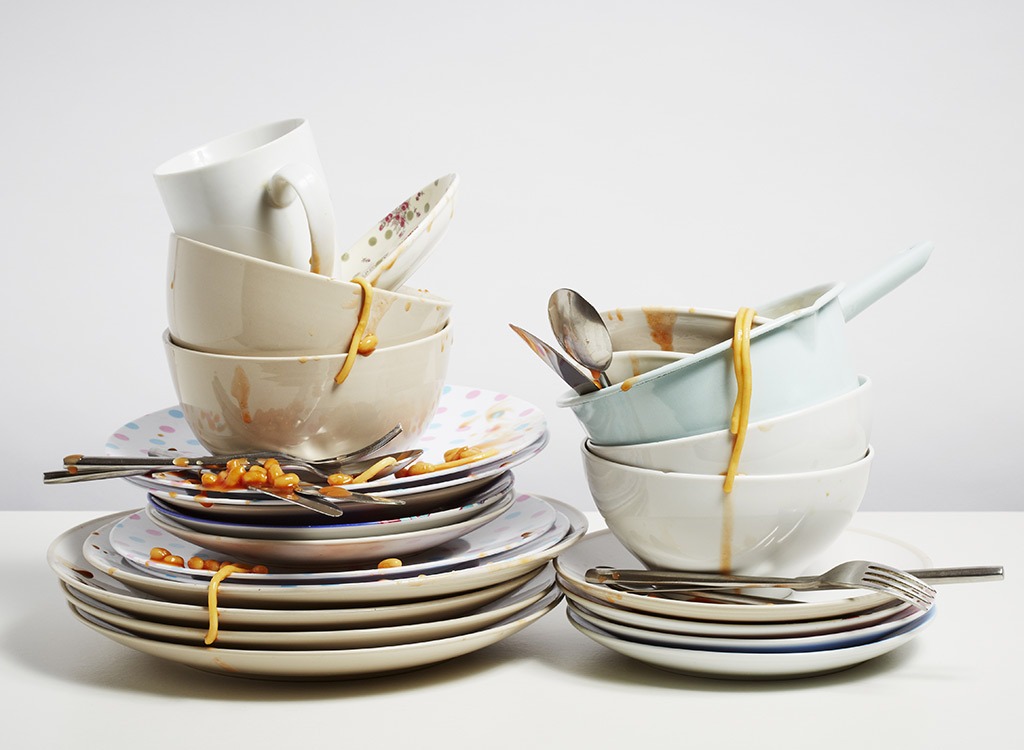 REALITY: Three squares can also keep you from growing round

Body-builders have long sworn by eating every few hours to keep their muscles fueled, but don't discount the weight loss potential of three squares a day. A study in the journal Hepatology put two groups of men on weight-gain diets. One group divided the calories among three small meals with snacks in between while the second group ate the same number of calories in three square meals. While both groups gained weight, researchers found that belly fat—the dangerous kind that increases heart-disease risk—only increased in the high-meal frequency group.

SURE-FIRE BOOST: Focus on overall calorie control and get plenty of fiber, protein and micronutrients. What you eat is more important than when.

The caffeine in energy drinks revs up your metabolism

REALITY: The sugar in energy drinks revs up your belly fat

Caffeine may provide a bit of a boost to the metabolism, especially when ingested before exercise, but no amount of metabolic boost can burn off the empty calories that energy drinks supply. According to one study published in Mayo Clinic Proceedings, a typical energy drink serves up a quarter cup of sugar—calories that hit your body all at once and trigger fat storage. If you want to burn calories, try the brand-new miracle beverage known as…tap water. According to a study in The Journal of Clinical Endocrinology and Metabolism, after drinking two tall glasses of water (17 ounces), participants' metabolic rates increased by 30 percent.

SURE-FIRE BOOST: Turn on the faucet. Those researchers estimate that increasing water intake by 1.5 liters a day (about 6 cups) would burn an extra 17,400 calories over the course of the year—that's five pounds! Just be sure you're not drinking hydrating wrong.

Eating carbs at night will make you fat

REALITY: Nighttime carbs set you up for daytime weight loss

The theory makes sense: Your body burns carbs for energy, but if you eat them before you go to sleep, your body just stores them as fat. But the pastanomics of weight loss aren't so simple. One study in the European Journal of Nutrition put two groups of men on identical weight loss diets. The only difference? Half of the group ate their carbs throughout the day while the second group reserved carbohydrates for nighttime. The result? The nighttime carb group showed a significantly higher diet-induced thermogenesis (meaning they burned more calories digesting their food the next day). Moreover, the daytime-carb group showed increased blood sugar levels. Another study in the journal Obesity saw similar results. Nighttime carb eaters lost 27 percent more body fat—and felt 13.7 percent fuller—than those on the standard diet.

SURE-FIRE BOOST: Enjoy a pasta dinner—cold. Not only will the carbs set you up for tomorrow's fat burn, but chilling pasta before you eat it changes the nature of the carbs to resistant starch—a type of carbohydrate that's harder to store as fat. Find out our 10 ways to slim down your pasta dinner.

A pound of muscle burns 100 calories per day

REALITY: A pound of brain burns 100 calories a day

Over the years, would-be exercise gurus have greatly exaggerated the fat-torching powers of muscle. According to a report in the journal Obesity, skeletal muscle actually has a very low metabolic rate when at rest, at just 6 calories per pound. True, that's three times as much as fat, so resistance training definitely helps your daily fat-burn. But you might be better off building your brain power: a pound of brain actually burns 109 calories a day. If you're looking to blast belly fat, don't miss these 9 fat-burning moves.

SURE-FIRE BOOST: Exercise, and don't sweat the big muscles if you don't want to. Any exercise will do. Researchers at the University of Maryland School of Public Health studied four groups of healthy older adults, ages 65 to 89, and found that those who exercised had larger brains!