Fatty Foods That Hurt Your Brain

These trans fat-laden foods are affecting your memory.

It sounds like the plot of a cable TV movie: scientists tamper with the nation's food supply, and unleash a new kind of product that literally shrinks people's brains and makes everyone dumber. Except it's not fiction, it's fact—and this week the U.S. government finally took action.

Several decades ago, scientists discovered that if they injected vegetable oil with hydrogen, it would turn solid—and stay that way, even at room temperature. Unfortunately, these new forms of fat—called trans fat—also tend to turn solid once they're inside your body, where they jam up your arteries, including those in your brain. In studies, those with the most trans fat in their blood have significantly worse cognitive performance—and physically smaller brains!—than those with less trans fats. And a new study says trans fats may impair memory, too.

Shrunken brains and clogged arteries are just part of the reason why the FDA just now finally moved to ban trans-fats, deeming them "not generally recognized as safe." But trans fats aren't the only foods that can contribute to overall mental decline and the corresponding rise of Real Housewives. The editors at Eat This, Not That! magazine have identified some additional dietary changes you can take today to protect your delicate dendrites and keep your brain young and sharp for life. Get smart about what you're eating—and banish these dumb and dumber foods.

If you thought the movie you were watching was terrifying, you probably haven't taken a very close look at your popcorn, especially the microwaveable kind. Many major brands line their bags with perfluorooctanoic acid (PFOA), the same stuff found in teflon pots and pans; some studies have linked it to infertility, weight gain, and impaired learning. Speaking of learning trouble, butter-flavored popcorns are almost always laced with diacetyl (DA), a chemical that has been found to break down the layer of cells that protects our brain. And some brands, like Pop Secret, still have trans fats—up to 5 grams! Now that's some scary stuff!

Eat This Instead: Air pop kernels or make your own microwavable popcorn. Here's how: Add your favorite popping kernels to a small paper lunch bag, fold the top down a few times. Then, zap it in the microwave until you hear only a few pops every five seconds. Challenged in the kitchen? We're also big fans of Quinn Popcorn. It's one of the only microwavable popcorns that's free of chemicals and won't wreak havoc on your belly. And keep your waistline toned and tight—in record time—with these essential 7 Best Foods for Rapid Weight Loss!

Europe and Japan have already banned the toxic flame retardant brominated vegetable oil (BVO) from their bubbly beverages, but it's still going strong in certain North American soda products (specifically, the citrus-flavored ones). Originally created to make plastics flame-retardant, BVO has since been used to keep the flavoring in fizzy beverages from separating from the rest of the drink. While small levels of BVO aren't harmful on their own, it can build up in our systems and eventually cause hormone imbalances, skin breakouts, memory loss, and nerve disorders. There is good news, though. As of May 2014 Coca-Cola and PepsiCo had both announced that they were working to remove BVO from their products, but they can still be found in Dr. Pepper/Seven Up, Inc. products like Squirt, Sun Drop, and Sunkist Peach and Fruit Punch flavors.

Drink This Instead: Tea—at least, certain types of tea—can rev up your body's ability to melt fat as quickly and easily as turning a stove from low to high. Find out which ones—and melt up to 10 pounds in one week— with our brand new weight-loss plan, The 7-Day Flat-Belly Tea Cleanse! 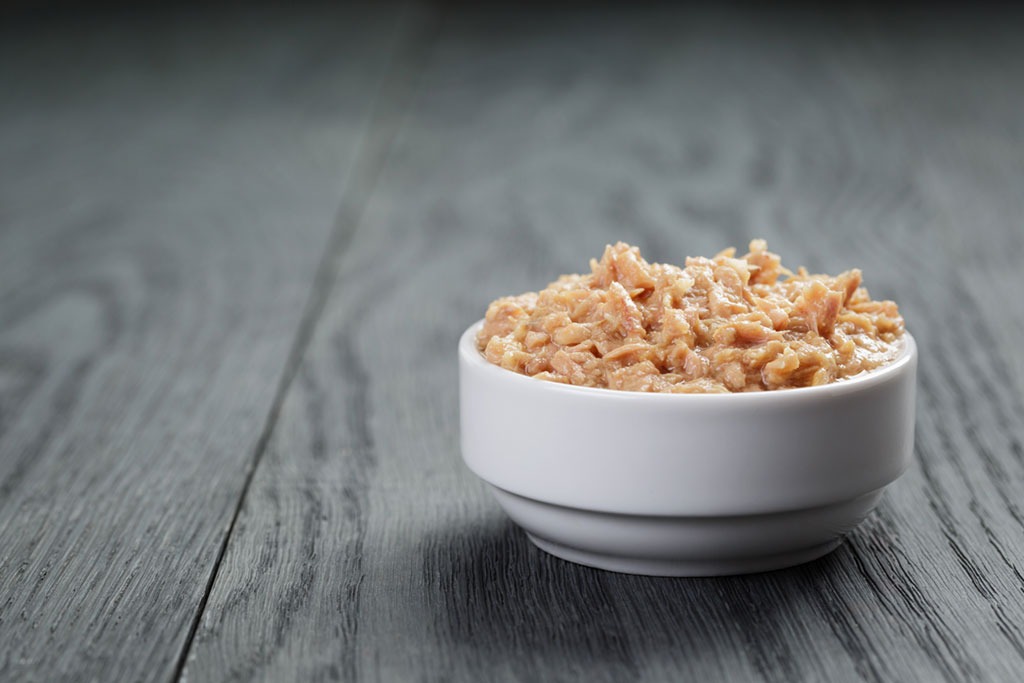 The American Heart Association recommends eating fatty fish—such as tuna—at least two times a week. Stick to their recommendation and you'll be doing your heart and brain a favor. Put it on the menu too often, however, and you could do more harm than good. Why? Bigeye, ahi, albacore and yellowfin tuna are all high in mercury, and consuming too much of the heavy metal can cause cognitive decline. To stay safe, incorporate other types of fish into your diet like anchovies, wild salmon, or trout, which boast many of the same brain-boosting benefits but don't carry the risk of excess mercury exposure.

Eat This Instead: Wild Salmon. DHA—a type of omega-3 fatty acid found in fattier fish like salmon—can improve the time it takes to recall a memory. Researchers tested DHA supplements on a group of 176 adults who had low levels of omega-3s in their diets. (Most of us do, by the way.) Just 1.16 grams of DHA—about what you'd find in a 3 1/2 ounce serving of salmon—made a measurable difference. In far fishier news, read our Eat This, Not That! special report that affects your whole family: How Tilapia is Worse Than Bacon!

Using a little bit of soy on your sushi may not seem like a big deal, but one tablespoon of the stuff has nearly 40 percent of the day's recommended salt intake! What's salty food got to do with your inability to focus? A lot, actually. According to a 2014 Neurology study, hypertension, often brought up on eating too many salt and sodium-packed foods—like soy sauce—can restrict blood to the brain and negatively impair focus, organizational skills and memory. High salt intake can also cause electrolyte imbalance and mild dehydration, which can make it difficult to keep your head in the game.

Eat This Instead: When ordering Japanese, opt for low-sodium soy sauce or eel sauce (which tastes a lot like teriyaki) and keep the serving size small. Making this simple swap can cut your sodium intake in half, keeping your focus laser-sharp. And now that you know what foods to avoid, get the flat tummy you've always wanted with another essential report: 14 Ways to Lose Your Belly in 14 Days!

It may taste great with your afternoon cup of joe, but the average muffin carries a third of the day's saturated fat and 74 grams of carbs—most of which are refined. Besides adding some serious pounds to your frame if you indulge in the pastry fairly regularly, it can zap your focus and lead to cognitive issues later down the road, too. A Physiology & Behavior study found that consuming saturated fats and refined carbohydrates is associated with the development of Alzheimer's Disease and can negatively impact cognitive function, too.

Eat This Instead: Trade your muffin for some oatmeal. The steady flow of energy you'll get from the complex carbohydrates and fiber will help you get through your work in no time at all—and you'll lose weight, too. Blast even more belly fat—without exercise—and with these 11 Eating Habits That Will Uncover Your Abs!