Unhealthy Foods from Restaurants with the Most Calories

It's nice to blow off steam with the occasional binge. A shopping binge, a video-game binge, a 13-episode Netflix binge. (What did we do on rainy Saturdays before Netflix?)

And yes, even those of us who eat healthfully like to indulge in an occasional food binge. But a new survey from Eat This, Not That! magazine finds that many of us may be going on food binges every single day—eating an entire day's worth of calories in one sitting—and not even know it!

Dozens of meals on today's chain restaurant menus contain more than 2,000 calories—the amount a grown man should eat in an entire day (women should eat about 1,800). No wonder a new study from the University of Illinois at Urbana-Champaign found that on days when people eat at restaurants, they consume an extra 200 calories, as well as more fat and sodium. And the real shocker: It's not fast food that's the culprit. Full-service restaurants like Cheesecake Factory and Friendly's are far more likely to ring the 2,000-calorie bell.

Before you accidentally order a day's worth of calories at your next meal, get to know these biggest offenders, and discover our Eat This, Not That!-approved swaps. And for a list of the WORST restaurants in America, read our special FREE 2015 report of the Top Chain Restaurants in America Graded by Health! 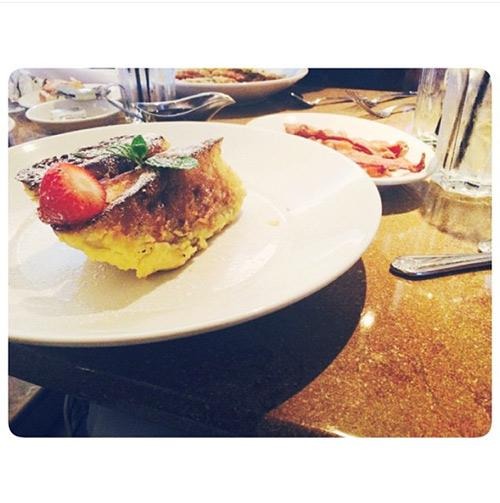 That's the Saturated Fat Equivalent of: 6 Sonic cheeseburgers, and the calorie equivalent of 40 Dunkin Donuts' Munchkins.

Breakfast? This is more like dessert. The "rustic" dish will likely rust your arteries, with a full day's worth of sodium, more than a day's worth of calories, three to four days worth of sugar and a week's worth of saturated fat. Cheesecake Factory won't reveal the total fat count—maybe because they can't count that high? It's not the first time the chain appears on this list. 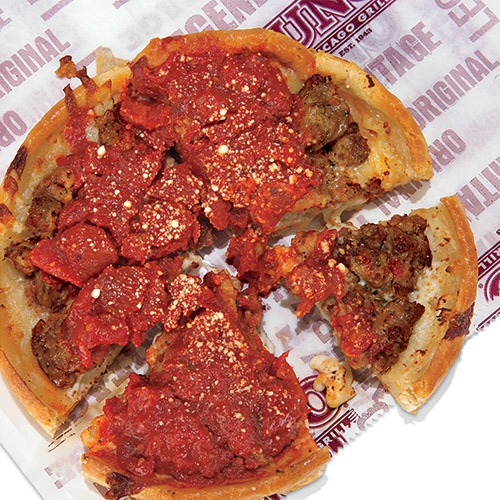 THE FATTIEST PIZZA FOR ONE

The problem with deep dish pizza (which Uno's knows a thing or two about since they invented it back in 1943) is not just the extra empty calories and carbs from the crust, it's that the thick doughy base provides the structural integrity to house extra heaps of cheese, sauce, and greasy toppings. The result is an individual pizza with more calories than you should eat in a day. Oh, did we mention it has nearly 3 days' worth of saturated fat, too? The key to (relative) success at Uno's lies in their flatbread pies—and share them!

And now that you know which pizza to avoid, get the flat tummy you've always wanted with another essential report: 14 Ways to Lose Your Belly in 14 Days! 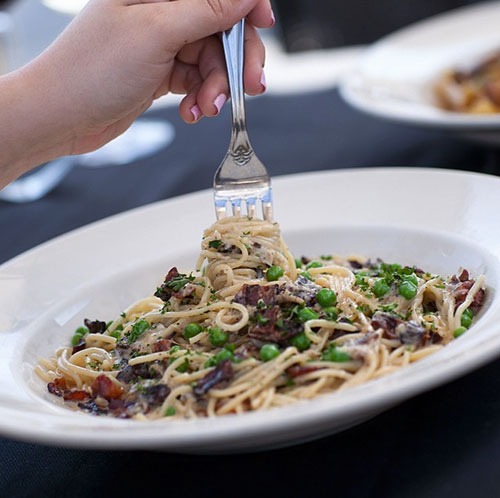 THE MOST CALORIC PASTA

That's the Calorie Equivalent of: 11 Stouffer's French Bread Pepperoni Pizzas in a bowl!

Cheesecake Factory won't release their nutritional information, and when you understand just how loaded their entrees are with unnecessary calories, you'll understand why. This dish alone has more than a day's worth of calories—and that's before you order a slice of cheesecake, which rates anywhere from 800 to 1,110 calories per serving. Olive Garden has not one pasta entrée with more than 2,000 calories—why can't this place offer the same? 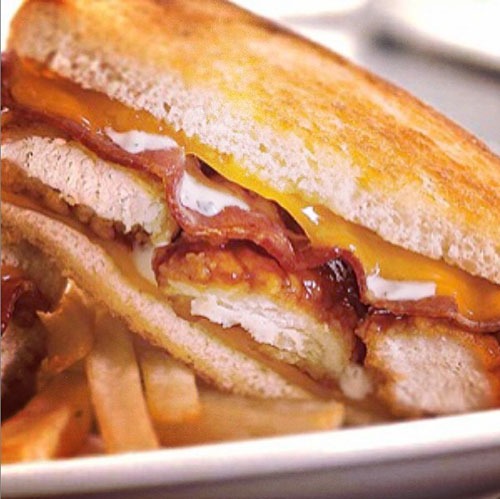 That's the Calorie Equivalent of: A stack of 3 McDonald's Big Macs!

Friendly's might not be the go-to when it comes to BBQ, but it's still at the top of our list thanks to this signature favorite—er, their favorite, not ours. This supermelt has every diet-busting base covered—fried chicken strips, Ranch dressing and bacon. Add a classic Friendly's dessert and you've got a day's worth of calories, easily.

—and that's only if you must have BBQ, because that sodium count is way too high. And fill up, but don't fill out: Use these Eat This, Not That!-recommended 6 No-Sacrifice Ways to Lose Weight at Any Restaurant! 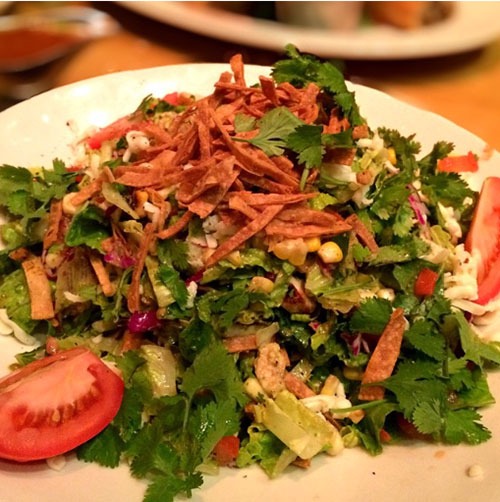 That's the Calorie Equivalent of: 3 Whoppers! For a salad!

Yes, Cheesecake Factory appears again, this time with the absolute worst salad in America. Truth be told, nearly every Cheesecake Factory salad dwarfs a Whopper (or two, or even three). The exception is the Weight Management salad menu, which provides rare decent options. 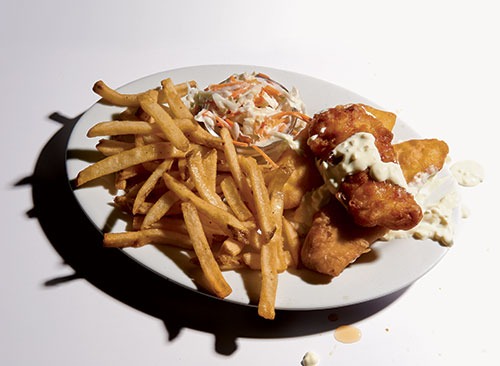 THE CATCH YOU SHOULD THROW BACK

That's the Calorie Equivalent of: 85 Mrs. Paul's Fish Sticks!
Attack of the beige! Whenever your dinner is monochromatic (in this case, the off-brown hue of deep-fried junk), you know you're in trouble. Don't blame the fish—seafood is packed with lean, muscle-building protein and heart-healthy fats. No, the trouble here lies with a massively unbalanced fish-to-fat ratio. A coating of crispy batter and a heaping pile of deep-fried potatoes is no way to treat the golden child of nutrition—and this dish has twice the calories of most entrées at Red Lobster. Plus, trans fats? Really? When it comes to seafood, always abandon ship on fried fish and opt for grilled instead.

Or, for a quicker way to lose weight, try our brand new weight-loss plan, The 7-Day Flat-Belly Tea Diet and Cleanse! Test panelists lost up to 10 pounds in just one week! 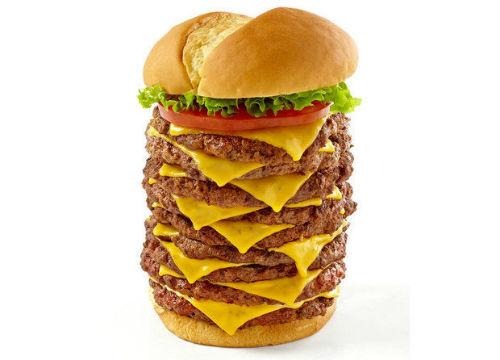 THE BURGER WORTH 10 DOUGHNUTS

It'd be one thing if this were a one-time gimmick just to nab headlines, but the chain proudly features the Triple Triple front and center in its marketing and website: 9 burger patties with 9 slices of American cheese, stacked high. This one will take you way, way back—ideally to a time before you ordered it, so you can make a smarter swap. Throw in a side of fries (260 calories) and a Regular Mint milkshake (1,070 calories) and you've got a 3,110 calorie meal. 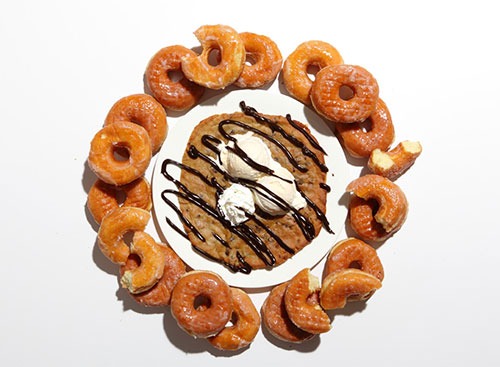 THE MOST CALORIC RESTAURANT MEAL IN AMERICA

To give you an idea how crazy this dish is, a 180-pound man would need to run 20 miles to burn off that many calories. And this is only the dessert! Add your appetizer, entrée and your drink, and it's easy to amass three day's worth of calories in one meal at this restaurant.

Speaking of sweets, melt fat with each sip by making the The Best Weight-Loss Smoothie Ever.