How to Lose 100 Pounds Without Exercising

Find out how this inspiring blogger dropped three digits and tripled her self confidence.

Took a hard look in the mirror recently and realized it's time to shed the weight? Or maybe your doctor warned you that your prediabetes risk will increase if you don't slim down? Either way, if you've got 100 pounds or more to lose, don't throw in the towel just yet. After Instagram-famous blogger Kristina (who is better known as ellipticalifragilistic) weighed herself during a doctor's visit and clocked in at 250 pounds, she realized that she needed to make a drastic change. Since then, she's been sharing her incredible weight loss journey on social media, giving thousands of followers and admirers hope that triple-digit weight loss is attainable. Read on to find out how Kristina turned herself into a success story and check out How Real People Look Like After Losing 20 Pounds for more inspo! 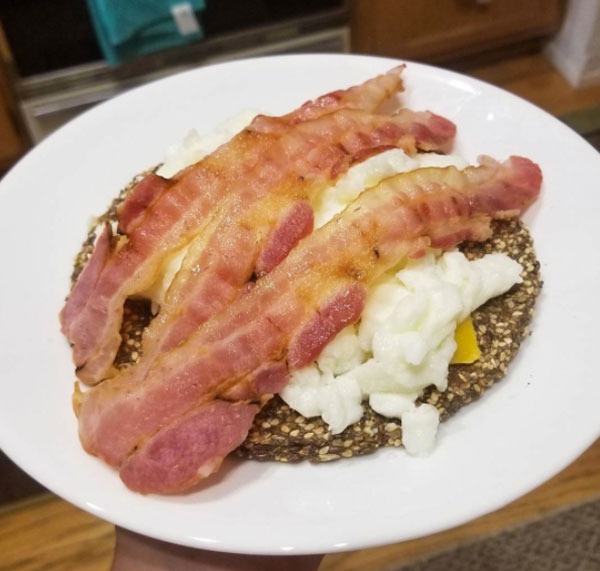 Kristina stumbled upon the ketogenic diet, a low-carb high-fat diet based on the idea that a dramatic reduction in carbs will put your body into a metabolic state called ketosis where it will burn body fat instead of carbs for energy. "I first hit 100 pounds down on my 25th birthday (Nov. 4, 2016), and have bounced around a bit since then. But I'm back at it and super close to a new low weight," Kristina told Popsugar. "I've counted calories from the beginning as well, because I do best with knowing the caloric value of my foods. Not everyone on keto tracks all their food, but it works for me. Right now I'm trying out new macros and going for high-protein, moderate-fat—I want to build muscles! But it's still very low-carb." She sticks to about 20 grams of net carbs a day. 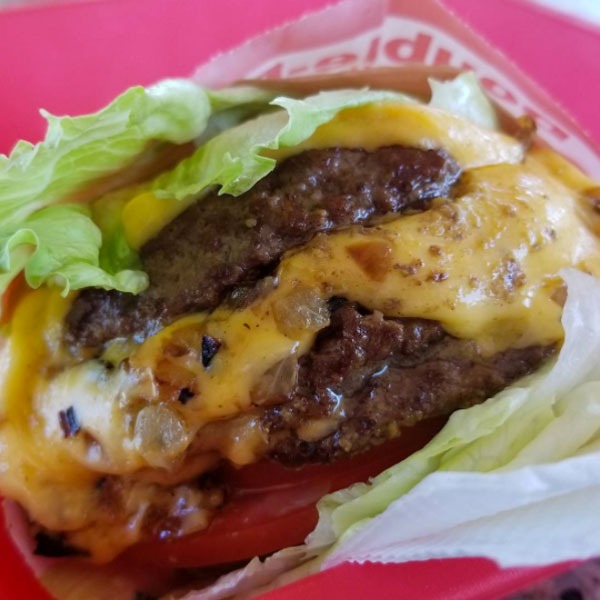 Kristina subjects her daily food intake to a strict schedule and only eats between 6 a.m. and 12 p.m. "It fits well with my work schedule and I prefer fewer, bigger meals to feel full." but is this actually effective? According to a study in the FASEB Journal, obese participants who practiced intermittent fasting at least one day a week lost a average of 2.6 percent of their body weight after one month and 8.4 percent after six months, as well as experienced decreased levels of LDL cholesterol and insulin. 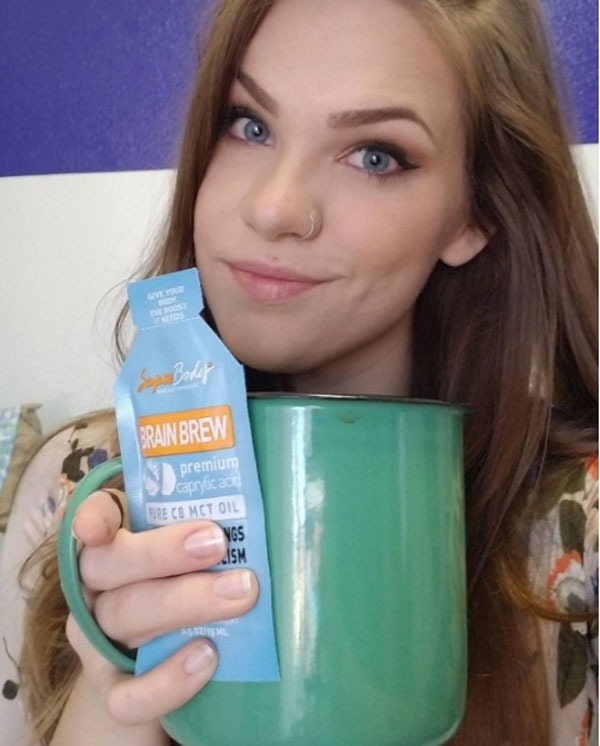 She starts her day with coffee spiked with MCT (medium chain triglycerides) oil, almond milk, half-and-half, and stevia for sweetening. After fueling up with caffeine, Kristina will indulge in a big breakfast usually incorporating eggs and bacon. For lunch, she'd have a protein-topped salad and dress it up with a whole avocado. "And then I'm done for the day!" 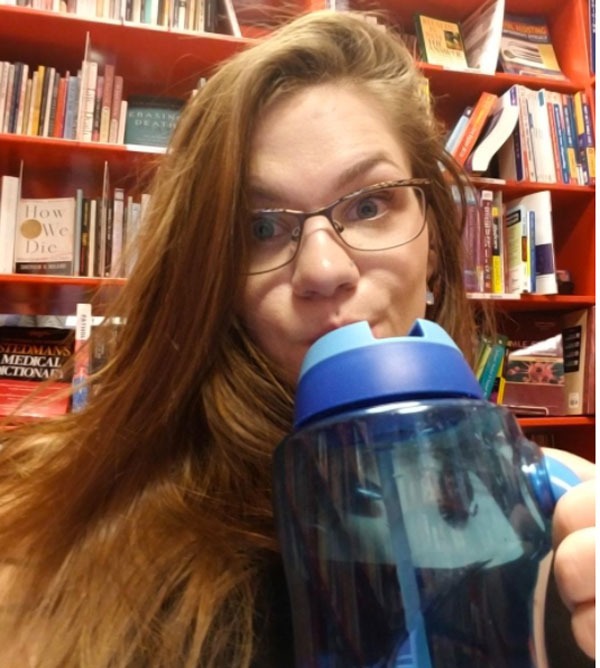 "I drink at least a gallon of water a day, but don't snack. I've tried to cut out snacks since the beginning, because I much prefer having a full meal." Kristina loads up on calories for breakfast and lunch, which, along with hydrating aplenty, leaves her full enough to avoid a midnight snack. 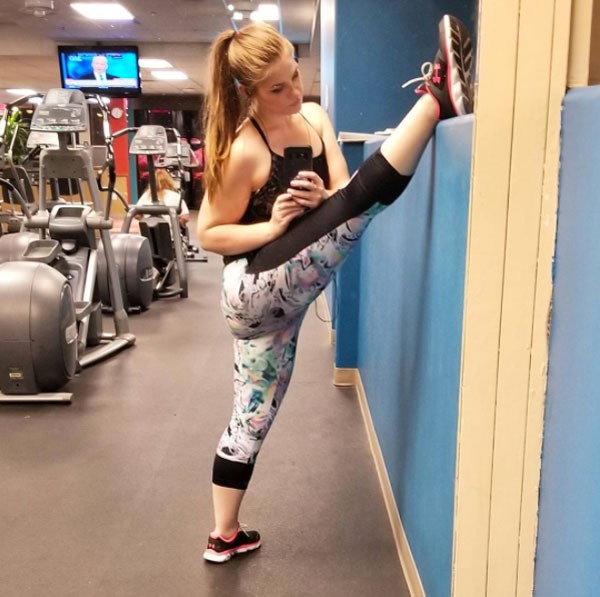 "I started off doing zero exercise, just focusing on my diet," Kristina surprisingly admitted. "I knew that if I changed too much, too fast, I'd burn out and quit. So for the first year on keto, I did essentially no exercise. I walked to school and took occasional yoga classes on campus, but nothing serious." After hoping to rev up her weight loss wins, Kristina ditched her anti-exercise mindset and signed up for the gym. "I first joined a gym a year ago (in 2016, more than two years into keto) to get serious about exercise. I started off doing a lot of cardio, but now I'm focusing on weights. I work out five times a week, alternating days of heavy lifting (I do the StrongLifts 5×5 program) with days of moderate cardio."

Don't Solely Rely On The Scale 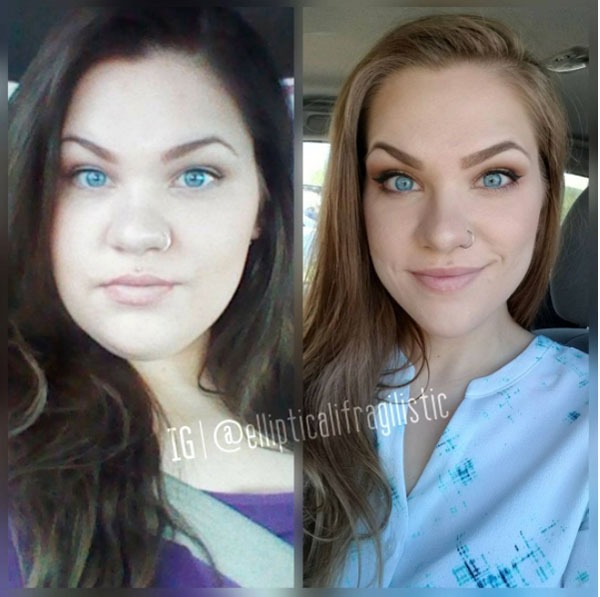 "Take pictures and measurements! I didn't take my measurements until this year, and I'm still kicking myself about it. Progress pictures are awesome, but having that numerical feedback (that's not the scale) is so helpful," she shared.