What's the Difference Between Clementines and Tangerines?

There is a lot of conflicting information about the two, but first and foremost: they're not the same.

Have you ever confused a clementine with a tangerine? They look nearly identical in the store—as they have the same color, after all—so if it weren't for the sign that clearly distinguishes the two fruits, you could be buying them interchangeably without knowing. So what exactly is it that makes a clementine different from a tangerine? We spoke with the head chef of Hello Fresh, Claudia Sidoti, to solve the clementines vs. tangerines confusion once and for all.

What is a clementine?

In the store, clementines are typically marketed as cuties or sweeties, depending on the season.

"Clementines are the smallest member of the mandarin family and are seedless," says Sidoti. "The peel is smooth, glossy, and deep orange. They are available from November until April."

The origin of the clementine is disputed, with some believing the fruit's foundations lie in Cantonese China, and others saying North Africa is its true origin. What we do know for sure is that the clementine is a hybrid of the mandarin orange.

The tiny fruit is also very sweet, which makes it a great alternative to a sugary treat. One small clementine (about 74 grams) only amounts to 35 calories and about seven grams of sugar.

What is a tangerine?

The tangerine is also a hybrid of the mandarin orange, but it has a rougher and thinner skin that—you guessed it—has a bright orange color.

"The skin tends to have a pebbly texture, which makes it slightly more difficult to peel. The fruit is usually in season from October to April," says Sidoti.

The tangerine is believed to have origins in Southeast Asia and are not as sweet as clementines, even though they have an equivalent amount of sugar. One small tangerine (about 76 grams) is about 40 calories and has eight grams of sugar. This type of mandarin is also commonly described as having a tart flavor.

Clementines vs. tangerines: What is the difference between the fruits? 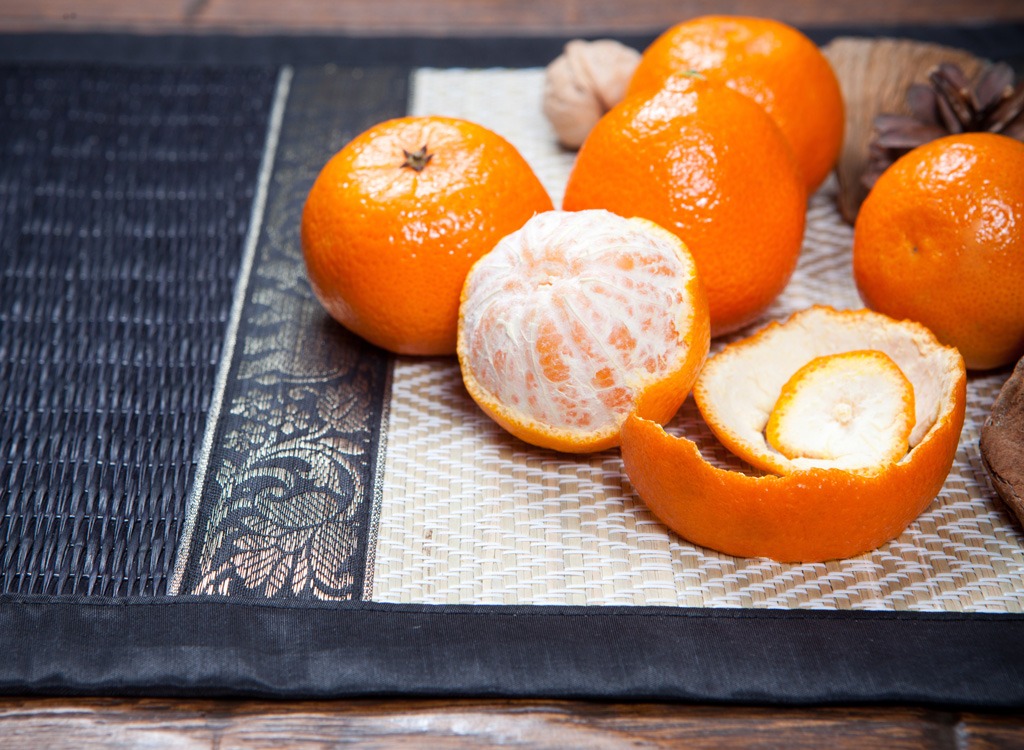 In short, clementines are sweet and easy to peel, whereas tangerines are a bit more tart and have tougher skin, which doesn't always allow for a flawless peel. You can easily tell the difference between a clementine and tangerine by just holding one in each hand. The one that feels bumpy in your palm is a tangerine, and the one that feels smooth is a clementine. The texture reveals all!

What kind of dishes do you include clementines and tangerines in?

Sidoti says clementines work well in salads as they are, or incorporated as a salad dressing.

"Tangerines are also generally used in salads and desserts," she says. "The peel can also be dried and used in certain cuisines."

And there you have it! So now you know the difference between two very similar members of the mandarin orange family to properly settle the clementines vs. tangerines choice you make at the grocery store.