Oscar Wilde, a gift to the pantheon of quotable quotes, once said: "There is only one thing in the world worse than being talked about, and that is not being talked about." That quote is as relevant to brands today as it was in the late 19th century. In the world of advertising and marketing, controversy is occasionally courted because, indeed, if something gets people talking, even if many people are angry, it gets the thing they are talking about in mind. And a thing in mind can soon become a thing purchased. As evidence, witness the scores of bizarre, sometimes mildly offensive, occasionally sexualized, and often polarizing commercials companies spend millions of dollars to produce and air during each and every Super Bowl.

One company that's ubiquitous during Super Bowl broadcasts is Coca-Cola. Of course, Coke's advertising is also ubiquitous everywhere else in life, and at all times. But as much as this global soft drink juggernaut wants to be always on your mind (or, better yet, in your belly), there have been a few Coca-Cola ads that caused enough of a stir that the company would really rather you forget them. Here are eight of them.

Objectively, this 2014 Coke Super Bowl commercial was pretty beautiful: it was photographed with the cinematic prowess of a top-budget movie, it features a hauntingly memorable rendition of the song "America the Beautiful," and the message the company intended to convey—of a diverse yet connected America—was heartening. But goodness did this spot draw a tidal wave of hate. Many Americans were outraged to hear the song sung in different languages and to see so many diverse people being hailed as American. It drew calls for boycotts, for people to switch to drinking Pepsi, for English to be made the national language and more. Ugh. 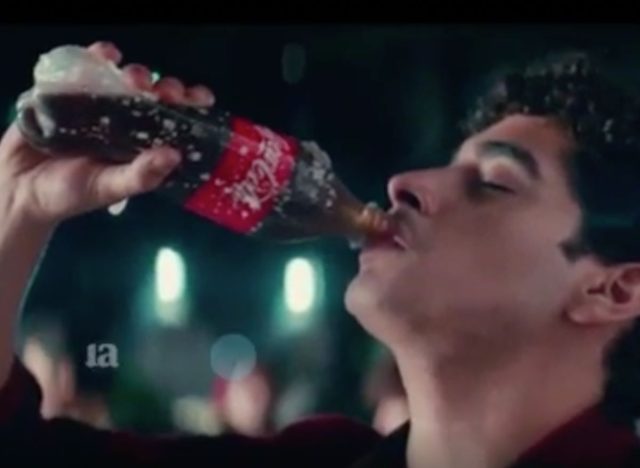 Here's an ad Coke really wants us all to forget, but that we should remember to keep the brand on notice. In a nutshell, the ad depicts a bunch of smiling, young, apparently affluent, and very caucasian-looking Mexicans delivering a decorative (red) Christmas tree and a bunch of Coca-Cola to a bunch of (not at all white-looking) indigenous Mexicans. The ad, which was originally released in Mexican markets, was tone deaf in the extreme, and quickly disappeared from the brand's YouTube channel.

"Change Has a Taste"

This 2017 Coca-Cola commercial produced for the Saudi Arabian market depicts a father teaching his daughter (who appears to be an adult) how to drive for the first time (the Kingdom had allowed women to drive just a little while before the spot was made). The dad and daughter share a tasty Coke as she at first nervously and then confidently motors along, and the ad was well received in Saudi Arabia. But take one look at the comments on the video, one version of which has been viewed 2.73 million times and counting on YouTube, and instead, you see how most people felt about the ad: it was paternalistic, infantilizing, and propagandistic.

Earlier this year, Coke released an ad targeted at a slice of the population they must have figured was predisposed to enjoying their products: gamers. But the ad, which depicted a variety of young people playing a variety of video games—most of which were on mobile platforms, not consoles or computers—was roundly panned and mocked by actual gamers. Witness YouTube comments like: "I'm a gamer, this advert made me want to go outside," or, "Everything about this ad is bad, but the dialogue is pure cringe. Just a load of nonsense than means nothing."

Accurately referred to as "nightmare fuel" per Foxsylvania, this ad for Coca-Cola Zero has a clever premise in which Pinocchio is accused of lying about Coke Zero being sugar-free based on its great taste. But the strange makeup and effect of the actor playing the famous living puppet make it hard to watch and, unfortunately, harder to forget, even though Coke would rather us do just that.6254a4d1642c605c54bf1cab17d50f1e

In 2013, per NBC News, Coke aired a sort of interactive ad wherein viewers could vote on who would win the race to a cold Coke in the middle of the desert: a group of dancers driving a bus, a bunch of roughneck cowboys, some post-apocalyptic "Mad Max" style motorists, or a sweaty, thirsty Arab leading a pack of stubborn camels. Maybe the idea was cute, but the depiction of the latter was stereotypical and insensitive and Coke worked hard to scrub the ad from the web, including deleting all media from its Coke Chase YouTube page.

While perhaps not rife with political or cultural controversy, this 2010 Coke ad is nonetheless one the brand would probably rather be forgotten. In "Sleepwalker," a man, evidently out on safari, arises from his bed and in a somnambulant haze walks across many miles of the African savanna, across hills and ridges, over rivers, and finally into an African village where he finds a working refrigerator filled with cold Coca-Cola. In the ad, he is nearly killed by elephants, a hippo, a snake, a hyena, and more. The spot makes light of nature and also makes some odd assumptions about life in the African wilderness.

This 1961 Coke commercial may take the cake for spots the brand hopes would be forgotten. In the spot, actress Connie Clausen is seen measuring the waist of a mannequin before calling herself "a waistline watcher from way back" and then enjoying an "ice cold Coca-Cola," adding "there's no waistline worry with Coke, you know!" She then says: "This individual-sized bottle has no more calories than half a grapefruit!" And to make things even worse, next Connie says: "The cold crisp taste of Coke is so satisfying it keeps me from eating something else that might really add those pounds." The cringes just keep coming.

Steven John
Steven John is a freelancer writer for Eat This, Not That! based just outside New York City. Read more
Filed Under
Drinks // Food Crimes // News // Restaurant Chains // Soda