7 Old-Fashioned Chocolate Bars That Were Discontinued But Not Forgotten

These chocolate treats were full of flavor and creativity, but you won't find them on shelves today.

Nostalgia rules these days, with a notable revival of clothing styles, food trends, and throwback music that used to be popular in decades past.

Social media influencers with huge followings are giving viewers a taste of the "remember when" feels by sharing throwbacks to old-fashioned foods and products, and retro activities like roller skating and adult summer camps are seeing a resurgence. It's only fitting then, to take a look at some of the most iconic old-fashioned chocolate bars of yesterday, too. They deserve their time back in the spotlight!

All of the yummy chocolate bars on this list are from the '90s or earlier but have sadly been discontinued. Still, we hope remembering them is just as sweet as how they tasted. Perhaps they can even inspire some new creations! Next, don't miss Costco's Most Popular Items Right Now.

Chicken Dinner was billed as "candy made good" by the Sperry Candy Company of Milwaukee. It can be argued that the candy was successful from its timing: Strangely, it was advertised as a complete dinner meal in a candy bar, inferring that the product had tons of nutrition. This was six years before the U.S. plunged into the Great Depression.

The marketing was so eye-catching and memorable, the candy bar thrived until 1962 when the company sold and the new owners ceased production.

Snickers Marathon Bar only lasted from 1973 to 1981, with the Mars Company citing poor sales as the reason it stopped production. The chocolate bar was associated with the popular cowboy movies of the time and used Western movie star Patrick Wayne in advertising.

The name reflected the time it took to eat the bar, which included a caramel ribbon covered with chocolate.

There are quite a few theories of how Oh Henry! got its name, but whatever legend you decide to believe, the chocolate bar had a long run of popularity. Produced by Chicago's Williamson Candy Company around 1920, it lasted until 2018.

The chocolate, peanut, and caramel combo was the first of many epic versions of the candy, predating the Baby Ruth and Snickers bars. You can still get a version of this candy made by Nestle in Canada, even though the recipe is different.

RELATED: The #1 Most Popular Chocolate Candy in America

South Africa lost a beloved childhood treat in 2020 when Nestle canceled the marshmallow and wafer, chocolate-covered treat called Chocolate Log, which had been popular for over fifty years.

Fans took to social media to express their distress as the company cheerfully reported that they'd make better options.

Inspired by the discontinuation, local manufacturer Kailey's made a similar product called Choc'O'Log. When it debuted, it sold out in minutes. 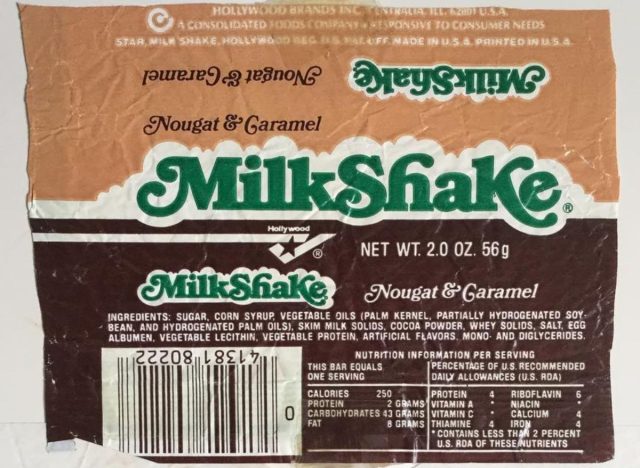 Made with malted milk nougat, caramel, and chocolate covering, Milkshake was a popular chocolate bar that was discontinued due to a corporate buyout. It was first served in 1927 and stayed available until 1996. The taste was reminiscent of a malted milkshake and made by the innovative Hollywood Candy Company in Hollywood, Minnesota. (Fun fact: The company was responsible for helping to develop the technology that fluffs nougat and covers bars in chocolate in order to be shelf stable.)6254a4d1642c605c54bf1cab17d50f1e 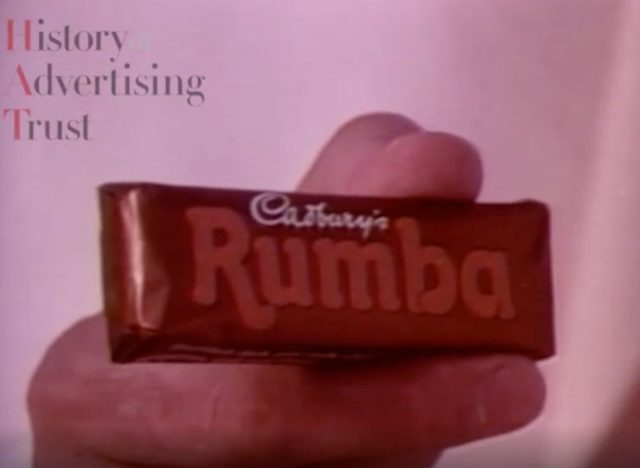 Breakable like a Kit Kat, the Rumba Bar was aimed at an adult audience with fudge, chocolate, rum flavoring, and raisins. It had a brief run in the 1970s, using the slogan, "Succumba to Rumba."

It was discontinued quite quickly due to a lack of demand.

One is a wafer, two is fondant, three is a rice krispy, four is caramel, and five is the coating of chocolate. In this way, 54321 lived up to its name. Sadly, all that remains of this candy bar, which was discontinued in 1989, is a really jazzy commercial on YouTube.