What do ketchup and cereal have in common? Nutritionists won't eat them.

Imagine that you were given the opportunity to peek into the daily diets of nine top-notch nutritionists and dietitians. What would you take note of? Likely not the array of fresh fruits, veggies, whole grains, lean meats, dairy and healthy fats on their plates—that's practically a given. What you'd really want to hone in on was all the things they didn't let pass their lips!

If eaten in moderation, many experts feel there is a place for just about every food in a balanced diet. But as it turns out, there are a number of foods out there that they personally wouldn't let into their grocery cart, let alone their mouth. Some are in line with what you might expect—but others are pretty surprising (like cereal!). Although, you may not be ready to give up your Frosted Flakes quite yet, get a sneak peak into the eating habits of those who live and breathe nutrition daily. 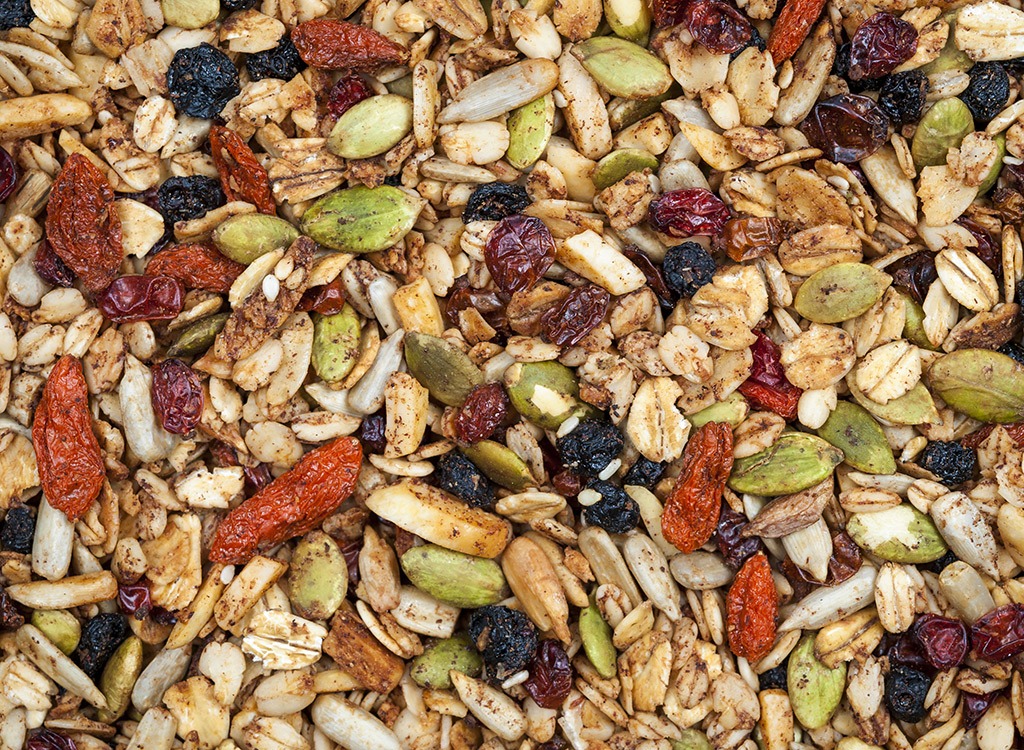 "One of the leading health food impostors, this common yogurt and ice cream topper has nearly 600 calories, 30 grams of fat, and 24 grams of sugar in one tiny cup. That's the equivalent of eating not one, but two slices of cheesecake. Which would you prefer? While some granola brands do offer up some nutrition such as fiber, protein and iron, the cons certainly outweigh the pros here. Switch to a lighter alternative like Cheerios or Special K. They pack the same satisfying crunch with a fraction of the calories, fat and sugar." – Lisa Moskovitz, R.D., founder of The NY Nutrition Group

"Eggs that come out of a container are not a health food. Heat pasteurized and made from factory-farmed eggs, this product is processed so much that makers actually have to add in synthetic vitamins to boost its nutrient density. This is as far removed from a natural egg as you can get." – Dana James CDN, a nutritionist from Food Coach NYC

"Sure it tastes good on just about everything, but what you might not realize is how quickly the sugar and calories in ketchup can accumulate. Just one measly tablespoon has up to four grams of sugar and 20 calories—which might not seem like a lot—but the average consumer will douse their food with at least four or five. Plus, it's loaded with high fructose corn syrup, which has been shown to increase appetite and, over time, lead to health problems such as obesity and diabetes. If you really can't live without the stuff, use an all-natural version with no added sugar, chemicals or HFCS." – Lisa Moskovitz, R.D., founder of The NY Nutrition Group. 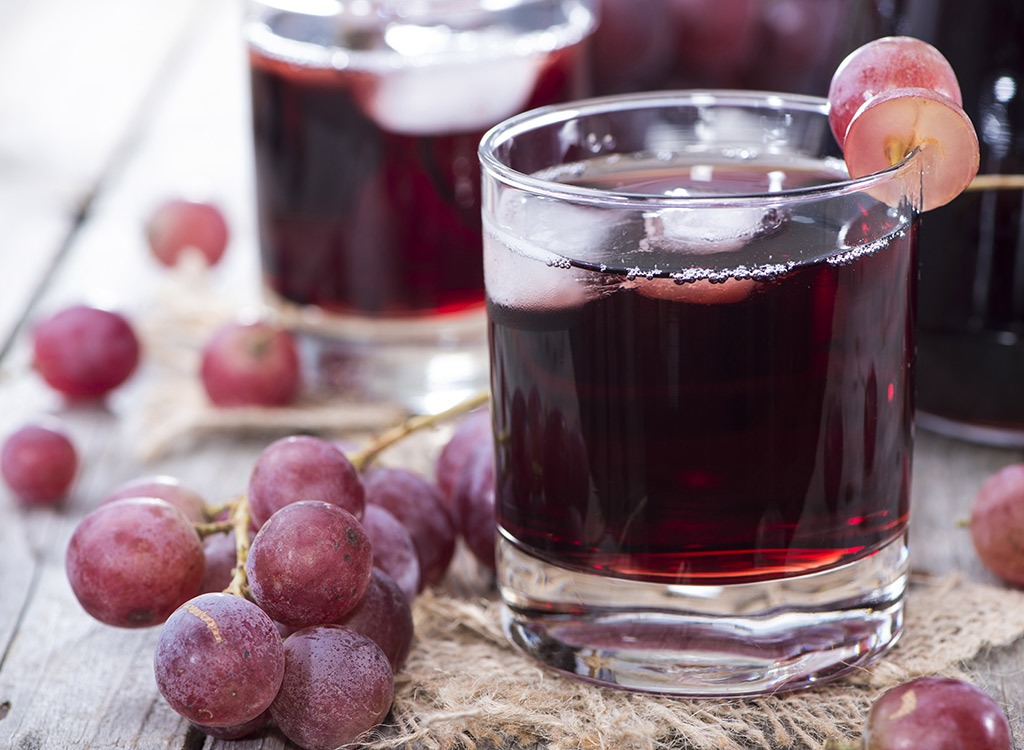 "Juice is just a sugary beverage masked to be a healthy. Although there are some vitamins in it because of its fruit content, some varieties have just as much sugar as a soda. Plus, when you transform produce into juice, you take away its fiber—one of the major benefits of consuming whole fruits and vegetables." – Leah Kaufman, MS, RD, CDN a New York City-based Registered Dietitian

"Spam is high in both blood pressure-spiking sodium and artery-clogging fat, which no one really needs to be eating more of. Unless you're saving in for a horrific power outage, there are better canned proteins to choose from!" – Toby Amidor, MS, RD, CDN, President and Founder of Toby Amidor Nutrition

"Most cold cereals are carb-laden, sweet and highly processed. They are definitely not the breakfast of champions—at least not thin champions. If you start your day with a bowl, you will continue to crave carbs as the day goes on. Plus, since it's not particularly satiating, you will likely be hungry just two hours later." – Lauren Slayton, MS RD, founder of Foodtrainers

"I avoid flavored coffee creamers because they are filled with fake ingredients that can do more harm than the flavor is worth. Packed with partially hydrogenated oils (which are just trans fats in disguise), artificial sweeteners, carrageenan and artificial coloring, this seemingly innocent coffee addiction can raise dangerous LDL cholesterol levels and increase the risk of blood clots and heart attack. The healthier choice would be a half and half that only lists milk and cream as ingredients." – Gina Consalvo, MA, RD, LDN, Pennsylvania-based owner of Eat Well with Gina6254a4d1642c605c54bf1cab17d50f1e

"When I see cheese fries on the menu, I wonder why the dish even exists. They take a perfectly nutritious potato, deep fry it and then to top it all off, they load it up with salty, greasy, processed cheese. No, thank you." – Christine M. Palumbo, MBA, RDN, FAND, a Chicago area registered dietitian and nutrition communications consultant

"When you're grilling outside, hot dogs may be the first thing that comes to mind, but they should not be the first thing to hit your plate. Not only are they high in fat, one dog also has more than a quarter of the day's sodium. Throw this salty dog in a bun and drown it in condiments, and you've got yourself a diet disaster. Not to mention, research has shown a correlation between processed meats and colorectal cancer." – Jim White, R.D., personal trainer and registered dietitian

Nutella is one of those foods that people believe to be healthy because it contains a nut. Although hazelnuts are naturally healthy on their own, they lose their nutrients when they're transformed into the sweet spread. With over 20 grams of added sugar and only two grams of protein, there's little reason to indulge." – Leah Kaufman, MS, RD, CDN a New York City based Registered Dietitian 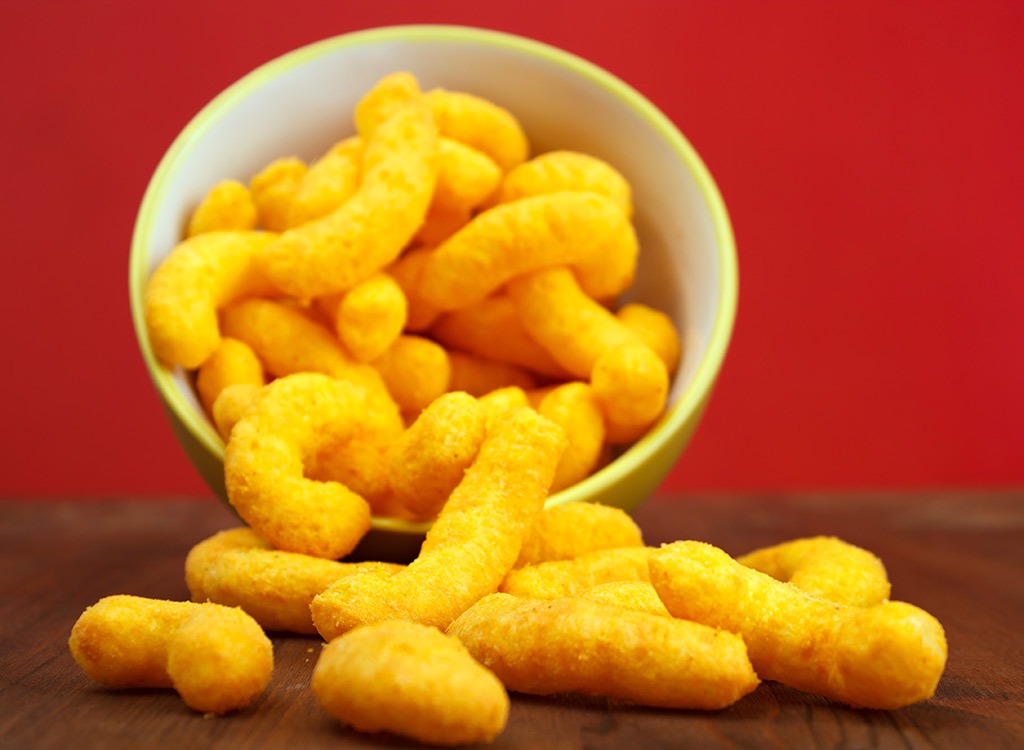 "First they crunch, then they melt in your mouth. Cheesy puffs may be delicious, but the unnaturally bright orange snack should be avoided. Not only do their scary chemicals make them totally addictive, but because they are made up of so much air, the brain can't tell that the stomach is filling up even though the calories are adding up." – Libby Mills, MS, RDN, LDN, Spokesperson for the Academy of Nutrition and Dietetics