1,200: The number of calories in a medium bag of popcorn at Regal Cinemas, according to an independent lab analysis by Center for Science in the Public, and a whopping 60% of the day's calories. And that's before you add the buttery topping. Unfortunately, yes, other theater's popcorn buckets are just as bad.

Admittedly, no one goes to the movies expecting to buy fresh fruit or a pouch of veggie sticks, but theater concessions are far worse than most people realize—and it's not just the popcorn. Those jumbo candy bars, nachos and chicken nuggets are hard on your health and make you gain weight, too.

Thankfully, going to the movies doesn't have to derail your weight loss efforts. There are some healthy hidden gems among the diet-busting eats—you just have to know what to look for. And if your local theater allows, bringing packaged snacks from home can help slash calories even further thanks to their smaller portion sizes. Whether you're buying or bringing, we found some waist-friendly theater munchies your entire family is sure to love.

IF YOU'RE BUYING AT THE THEATER

A staple at just about every theater, Good & Plenty has less sugar and fewer calories than traditional chewy candies like Dots.. Two handfuls of the rainbow sweets have more than double the calories and sugar of Good & Plenty. To maintain your selfie-worthy bod, the pink and white candies should be your go-to pick.6254a4d1642c605c54bf1cab17d50f1e As long as you're not dipping it into molten cheese, a large soft pretzel makes a reasonable movie theater or street corner snack. A drizzle of mustard boosts flavor and only carries about five calories a teaspoon. Plus, it can boost your metabolism by up to 25 percent for several hours after eating. If you can, split it with a friend to ax half of the calories, and scrape off some of the salt crystals to save on sodium. 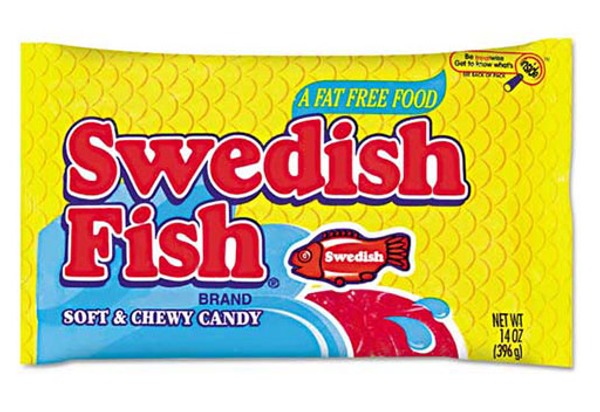 In the world of pure sugar candies, few are lower in calories and sugar than these fish from Scandinavia. If you don't think you can cut yourself off after a few handfuls, be sure you have a friend on board who wants to split the box. 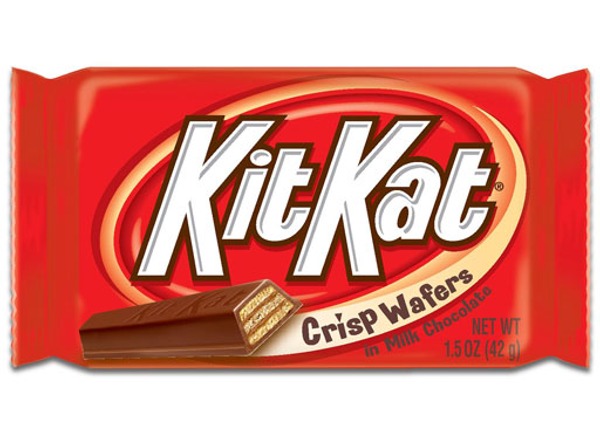 The core of a Kit Kat is light and porous, which saves you calories over the denser bars. If you can, break it up and dole out the pieces to your fellow movie mates. Just because there are four in a package doesn't mean you need to eat them all yourself.

IF YOU'RE BRINGING FROM HOME People tend to consume more calories while watching a movie because they're distracted, according to researchers. This pre-portioned popcorn-esque snack solves that problem by providing the buttery taste you crave in a portion- and calorie-controlled package your abs will thank you for. Though this variety of M&M is a bit too niche for most theaters to carry, you can find the bags at just about any drug store. Mars' replaces the original milk chocolate core with a pretzel, which is low in calories by confectionary standards. As a result, you trade in excess sugar for a satisfying crunch. Think of this as the lowest-sugar candy bar you've ever had—without any of the nasty chemicals or additives. It provides the sweetness of caramel, the crunch of almonds and a hint of salty flavor. With a taste that satisfying, you won't even bat an eye about passing on the concession stand. 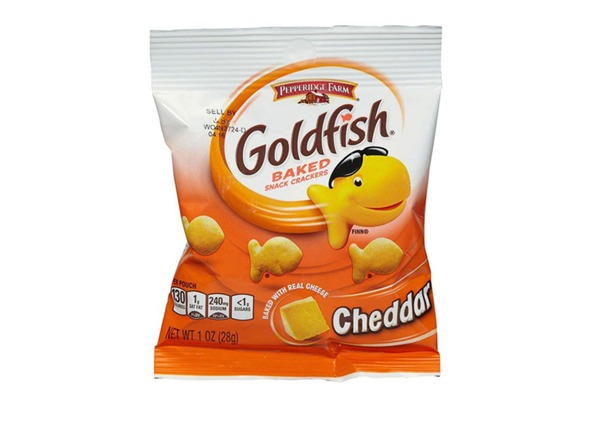 If you're looking for a snack that will last well beyond the previews, this is your best bet. It's low-cal, easy on blood-pressure-spiking sodium and comes with more than just one or two handfuls of food. This lunchbox favorite is sure to be a box office hit with the entire family.