The Least (& Most) Popular Items at McDonald's—Ranked!

McDonald's has scored a lot of big wins this year, from adding new items to the menu to expanding the number of restaurants offering delivery in the U.S. from 5,000 to 9,000. The fast-food mega-chain clearly continues to reel in customers with new perks.

However, some menu items are truly timeless, and their popularity has seemingly yet to dwindle. While we couldn't get our hands on sales data (McDonald's doesn't release that kind of information to the public), we were able to gather information about which menu items may be more popular than others by scanning the web and seeing what consumers nationwide are saying about some of the more notable menu items—for better and for worse.

Here are what we have concluded are the most and least popular menu items at McDonald's.

First, the most popular

Are you shocked to see the McMuffin over the McGriddle here? Well, here's how we see it: the Egg McMuffin has the longest standing history, first debuting in 1971, which makes it the first breakfast menu item. Full disclosure: a Pittsburgh-based franchise owner had sold donuts during breakfast hours the year before, but that never hit menus nationwide, so it wasn't truly an official nationwide breakfast option. The Egg McMuffin was created by Herb Peterson in California, and four years later, the sandwich appeared in McDonald's across the country. And with the option of adding sausage, it's no question that it's the more popular of the two. The McGriddle, while delicious, didn't pop up in restaurants nationally until 2003.

Is it any surprise that the chicken McNuggets would be among one of the most popular menu items at McDonald's? An employee of Mickey D's said on Reddit that nuggets are one of the first three menu items to sell out. We know the little fried chicken nuggets have received some competition recently, with the fast food giant adding bacon to three of its classic menu items this year. But alas, the little nuggets remain in a league of their own in regards to popularity.

Mickey D's beloved McNuggets first hit the menu in 1983, and by 1986, it accounted for nearly 8 percent of McDonald's domestic sales. The menu item continues to reel in a profit today, partially because of McDonald's ambition to serve higher quality items. In the third quarter of the 2016 fiscal year, sales of McNuggets increased by 10 percent after artificial preservatives were removed. 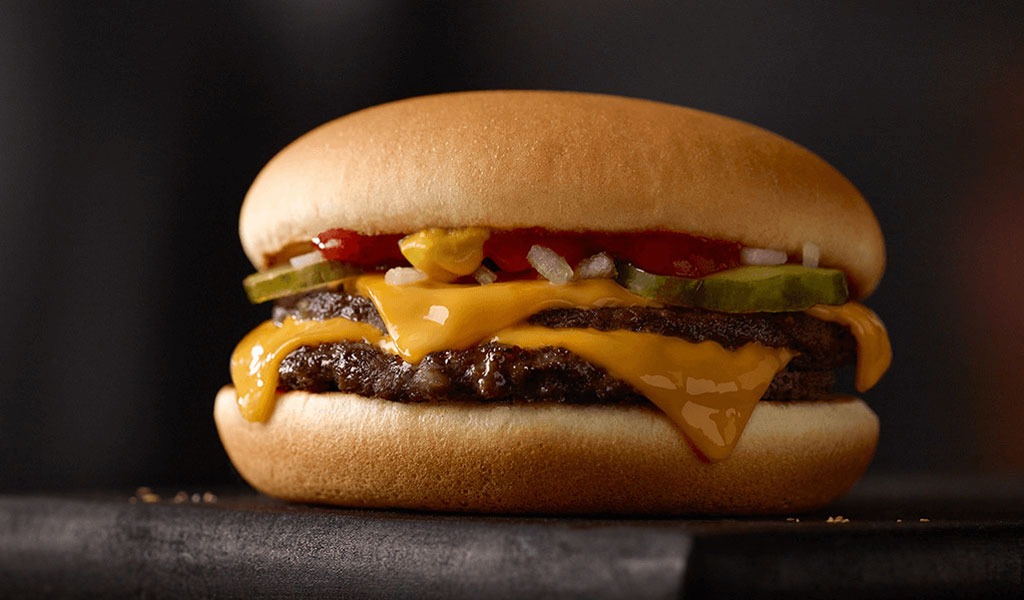 The Double Cheeseburger at McDonald's actually may have saved sales at McDonald's. The Dollar Menu became a permanent part of the menu in 2002, and the double cheeseburger was a part of that original lineup. In 2003, the McDonald's stock had dropped 56 percent over the course of 10 months, and the company reported its first-ever quarterly loss. The dollar menu bolstered the restaurant giant by bringing in a lot of traffic, especially young adults. According to an article from The New York Times, the double cheeseburger had gained the reputation of the chain's most ordered item by 2006. Former McDonald's executive Richard Adams had told the Times that the average store sold between 300 and 400 double cheeseburgers from the Dollar Menu alone. Imagine how that number may have increased today, all these years later.

No list about the most popular McDonald's orders is complete without mention of the Big Mac, right? The burger was introduced 52 years ago by a franchise owner in Uniontown, Pennsylvania, and it has arguably become a sensation in the fast food world ever since. In 2007, McDonald's estimated that 550 million Big Macs are sold each year domestically. The Big Mac is one of the most universal menu items, with some news outlets going as far as to say that it's the world's most famous hamburger. McDonald's serves nearly 70 million people every day in over 120 countries.

Finally, the most popular menu item you can order at McDonald's is their iconic crisp and salty French fries. Think about your favorite fast food French fry of all time. It's likely McDonald's, right? Well, the Los Angeles Times published its own Fast Food French Fry Rankings this year, and out of 19 popular quick service restaurants, McDonald's fries clocked in as the second best. Whether you see McDonald's fries as the best of them all or maybe just second best, one thing's for certain: it's been McDonald's most frequently ordered menu item since its inception, serving approximately 9 million pounds of the stuff every day.

The Egg White Delight McMuffin debuted in 2013 in an attempt to give customers a healthier breakfast option. The consensus? It's just not as good as its Egg McMuffin counterpart. However, that doesn't seem to be the case. One Reddit user said the following upon the menu item's debut, "The egg white delight is just as unhealthy, if not more so than the regular round eggs. The amount of butter (at least in my store) sprayed on the grill must up the calorie and fat count like crazy." Another employee from McDonald's wrote in a Reddit thread that it was one of the least popular menu items.

The breakfast sandwich no longer contains that folded egg white mess—it now resembles the round patty-like egg that you would find in the normal Egg McMuffin. The Egg White Delight is actually not that much healthier than the Egg McMuffin, clocking in at just 40 calories and 1.5 grams of saturated fat less. Might as well just go for the regular, more liked version at that point, right?

How could the Hotcakes not be a popular item at McDonald's, one might ask? To be fully transparent, we're not sure if this is one of the least liked menu items, but we have suspicions. For example, a former employee from McDonald's contributed this to a recent Reddit thread, which asked: McDonald's workers of Reddit, what's one food item everyone should avoid?

Yikes. So much for warm, fluffy flapjacks.

OK, we identify that tea isn't a food, sure, but it is a menu item nonetheless. In the same Reddit thread where the hotcakes were exploited, another user shared some insight on the sweet tea.

"While technically not a food, I'm not even slightly kidding when I say I have left the sweet tea out, with no lid, unstirred for hours at a time because of rushes where I wasn't able to finish making it."

So it's not freshly brewed—not a huge deal right? Just wait until you read what one employee from McDonald's said about how the sweet tea is made: "McDonald's sweet tea. Pound. Of. Sugar. Per gallon."

Another user chimed in and said, "McDiabetes." Yikes. Simply put, that's far too much of the sweet stuff going into a batch of a beverage that's innately, virtually calorie-less. While that may not be the case anymore, we do know that in a large sweet iced tea, there are 38 grams of sugar. For perspective, the American Heart Association suggests that women consume no more than 25 grams of added sugar a day and that men consume no greater than 36 grams.

The least popular menu item at McDonald's is the one and only Filet-O-Fish. Thanks to Reddit, we were able to find out that the sandwich may sit around because it's not ordered as frequently, and, as a result, employees aren't regularly making them fresh.

"At McDonald's just say you want a fish filet cooked to order. It will take ~5 more minutes but worth it compared to the filet that has been in the heated cabinet for hours," wrote one Reddit user.

More recently, a former employee from the franchise chimed in on a Reddit thread writing, "I used to clean the vat oil and it's cleaned with a pump that rotates the oil back through the vats one by one. Each vat was cleaned one after another in order from first to last. The last vat was always the Filet-O'-Fish vat and it would basically be filled with the grease of all the previous vats."

Um, gross? So maybe that's why this sandwich is rarely ordered…