6 Most Dangerous Food Ingredients That Have Been Banned in the U.S.

These toxic substances used to be in our food.

We like to think that everything we put into our carts at the grocery store is safe to eat, but this hasn't always been the case.

Over the years, the FDA has banned certain food ingredients that were found to be harmful to consumers. While no longer used in the U.S., some of these ingredients can still be found in other countries, so make sure to avoid them when traveling.

We've rounded up the most dangerous food ingredients that have been banned.

And don't miss 8 Fast-Food Chains That Use the Highest Quality Meat.

Banned since 1954 in all U.S. products, Coumarin is a chemical that used to be added for flavor in many sweets. "It is found in tonka beans and extract of tonka beans, among other natural sources, and is also synthesized," reports the FDA.

Coumarin has been known to cause liver damage and be associated with blood thinning. In 2008, the FDA had to issue a news release for consumers to avoid "Mexican vanilla," a product made from tonka beans vs. beans from the vanilla plant. Coumarin is not banned in every country—it can still be found in some parts of Latin America.

You can now enjoy your cottage cheese worry-free because 8-hydroxyquinoline sulfate is banned in the U.S. That's right, this food additive used to be a "comp. of a cottage cheese coagula," as reported by the FDA. NIH details how the chemical compound 8-hydroxyquinoline, when exposed to iron, caused DNA strand breakage in cultured human lung cells.

As of 1941, monochloroacetic acid is no longer allowed in U.S. food because of its toxicity. A former preservative in alcoholic and nonalcoholic beverages, this synthetic chemical is now only permitted in food packaging up to a certain level.

"Food containing any added or detectable level of monochloroacetic acid is deemed to be adulterated in violation of the act based upon trade correspondence dated December 29, 1941 (TC-377)," states the FDA. 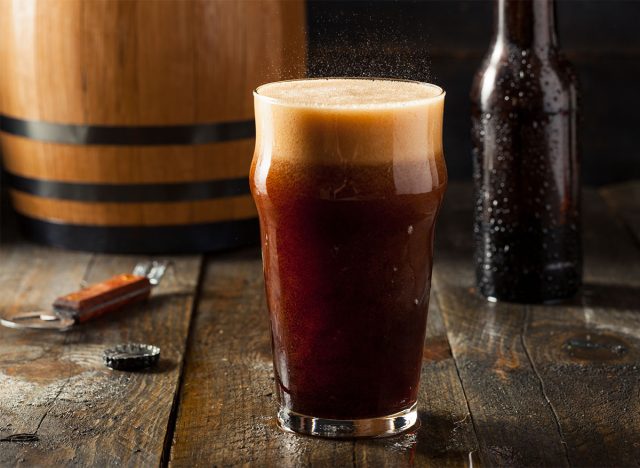 A former ingredient in root beer, safrole was banned decades ago as a result of its potential link to cancer. It comes from the sassafras plant, so oil of sassafras is about 80% safrole, according to the FDA.

"Food containing any added safrole, oil of sassafras, isosafrole, or dihydrosafrole…is deemed to be adulterated in violation of the act based upon an order published in the Federal Register of December 3, 1960," states the FDA. A world without root beer floats is one we don't want to be a part of, so it's a good thing safrole is out of the picture.

Thiourea is a synthetic chemical that the National Toxicology Program reports as "reasonably anticipated to be a human carcinogen." It has long been banned in the U.S., but it used to be "an antimycotic for use in dipping citrus," according to the FDA. This essentially meant that citrus fruits were coated in Thiourea to prevent browning and bacterial decay.

Formerly used as an antioxidant in food, Nordihydroguaiaretic acid (NDGA) was banned in the U.S. in 1968. The natural chemical can be found in certain plants, but the synthesized, commercial product was the one used in food. Several studies in both animals and humans reported NDGA to be associated with cystic renal disease and liver damage.

Mia Salas
Mia is a freelance writer for several publications and a soon-to-be graduate from Princeton University with a degree in English. Read more about Mia
Filed Under
Food Crimes // food safety