The 8 Most Beloved Packaged Coffee Brands in America

A recent Harris Poll reveals which brands of coffee most people in the U.S. love to have at home.

Ah, there's nothing quite as satisfying as a freshly brewed cup of coffee in the morning. But, there are a ton of java options these days on grocery store shelves, so which brand are most people reaching for?

The Harris Poll surveyed coffee drinkers in the U.S. earlier this year (more specifically, in January 2020, before the coronavirus pandemic cleared out grocers' shelves) to determine which packaged coffee brands are the most popular.

Some of these winners may surprise you, but that doesn't make them any less beloved. Here are America's 8 favorite cups of Joe to have at home. (And, to keep yourself informed, sign up for our newsletter for the latest grocery shopping news.)

McCafé is McDonald's brand of coffee, and, in many ways, should come as no surprise to make it onto this list. Over the past decade, America's favorite fast-food restaurant has made a concerted effort to get into the coffee game, offering whole-bean, ground, and single-cup coffee products at grocery stores nationwide, according to USA Today. (Related: The Best & Worst McCafe Drinks at McDonald's.)6254a4d1642c605c54bf1cab17d50f1e

Peet's is a San Francisco-based artisanal coffee chain that has 200 locations in 11 states. You can also find Peet's cold brew product sold in rough 400 grocery stores, which is not just a popular product, but also a reason why Peet's shows up on this list. (Related: 8 Awesome Side Effects of Drinking Coffee.)

If you haven't heard of Community Coffee, then you probably aren't from the South. The Baton Rouge-based coffee brand is a beloved southern staple, and is now sold in grocery stores across 20 different states. Community Coffee does not have any branded coffee shops, but given its recent rise in popularity, don't be surprised if they start to pop up. (Related: 11 Major Mistakes You're Making with Your Coffee Pot.) 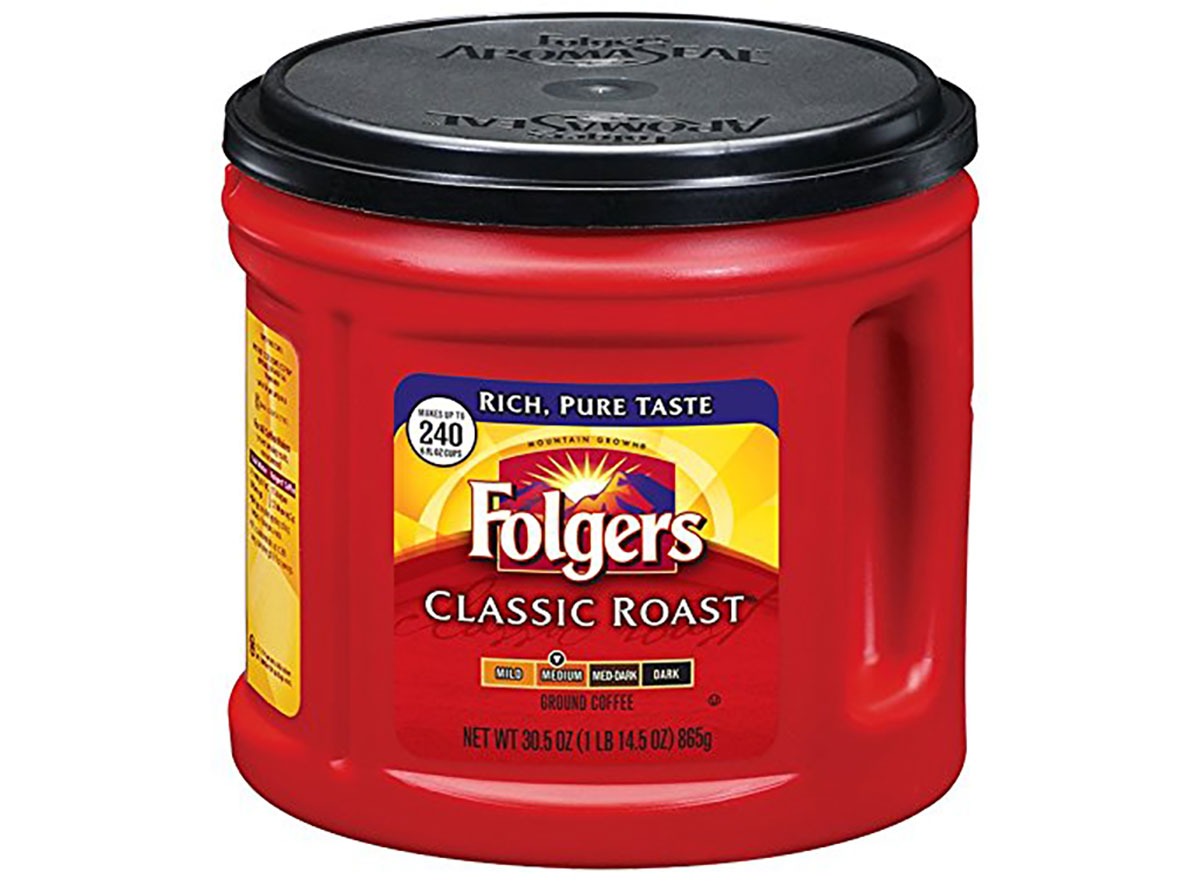 There may be no other coffee brand more synonymous with home-brewed coffee than Folgers. According to USA Today, the brand is by far the most popular as judged purely by total sales, which equals more than the next two brands combined. (Related: The Best & Worst-Tasting Instant Coffees in Your Grocery Store—Ranked!) 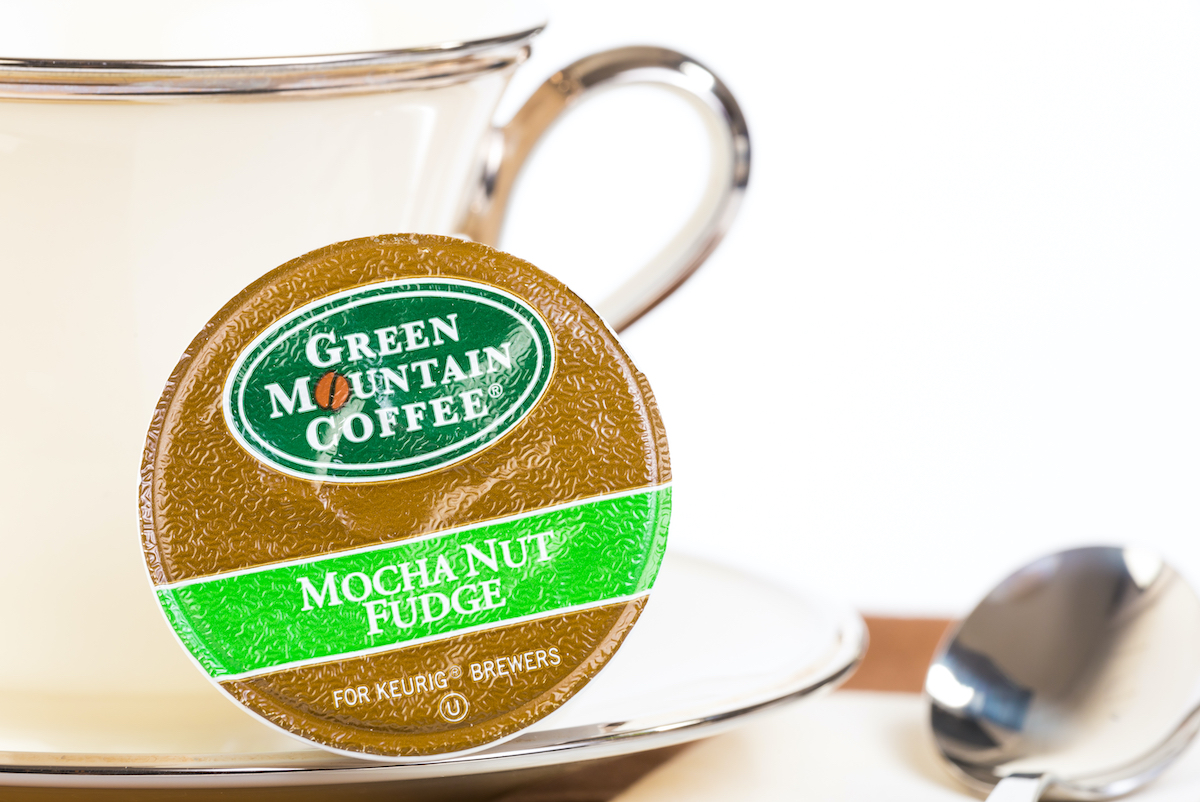 Green Mountain Roasters started modestly in a small town in Vermont and was among the first to focus on roasting fair-trade beans. It's now owned by the international instant coffee company Keurig and offers a broad range of flavors, blends, and coffee bean origins. (Related: There's a Scary Ingredient Lurking in Decaf Coffees from Keurig, Maxwell House, and More.) 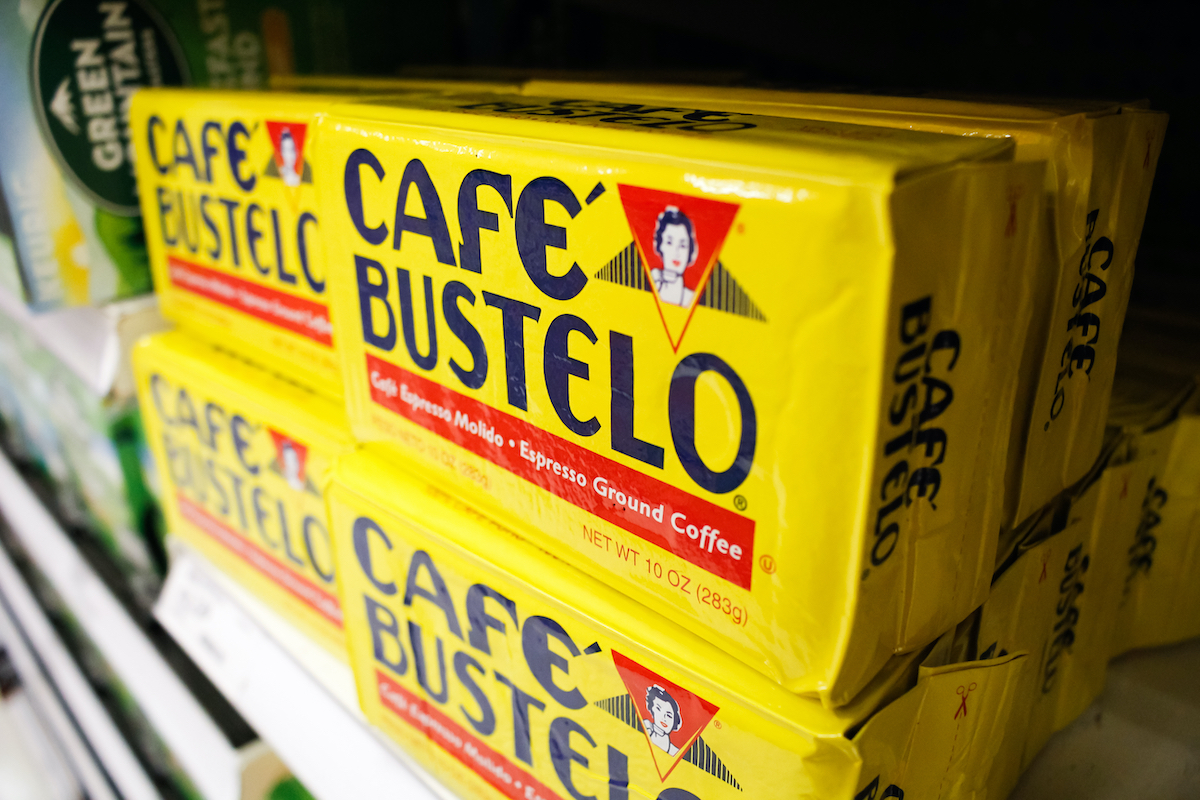 Café Bustelo was founded in 1928 in New York City by Spanish immigrant Gregorio Bustelo. The dark blend—used both for rich coffee and espresso—is Cuban-style, and very popular in households that favor a dark, strong blend. (Related: What Happens To Your Body When You Drink Coffee.)

There may be no brand more synonymous with America's obsession with coffee than the Seattle-based Starbucks. The brand's meteoric growth over the past two decades has made it a top 10 overall franchise. But, while it's inclusion on this list is entirely predictable, its second-place status may surprise many. (Related: 25 Mistakes You're Making at Starbucks.)

Dunkin' is the surprising champion of favored packaged coffee brands, according to The Harris Poll. The former donut chain—which, until last year, was officially known as Dunkin' Donuts—started in Massachusettes over 70 years ago. And now it can brag that it is America's favorite brand of coffee to be bought at the grocery store and enjoyed at home.

For more, check out Dunkin's Beloved Fall Menu Items are Coming Back Earlier Than Ever.