Never Try These Exercise Moves if You're Over 40, Says Trainer

Here are two lifts that people over 40 simply shouldn't do for the sake of their bodies.

It's simply a fact that as we age, our muscles, joints, and bones become weaker, and our arteries stiffen, which means your body isn't getting nearly the lubrication that it once did. You'll find that your connective tissue—chiefly your ligaments and tendons—aren't as flexible as they once were, either.

As a result, the single greatest medication that you can do as you age is to exercise, which will help you counter so much of the inexorable decline of father time. But the truth of the matter is, even if you exercise as you age, you can't always get away with the same exercises you used to do in your 20s and 30s. As a trainer with many clients who are 40 and older, I know the benefits of making sure that you're doing moves that are much easier on your joints and won't lead to injury. Equally as important, I know the ones that should be avoided.

There are two main lifts that I see some older-40 people do that I don't think are worth it, when you factor in the risk-reward ratio as it pertains to your joints. If you're curious to know what they are, read on—along with a couple of replacement moves. And for more exercise moves you should ignore, don't miss The Worst Abs Exercises You Shouldn't Do After 40. 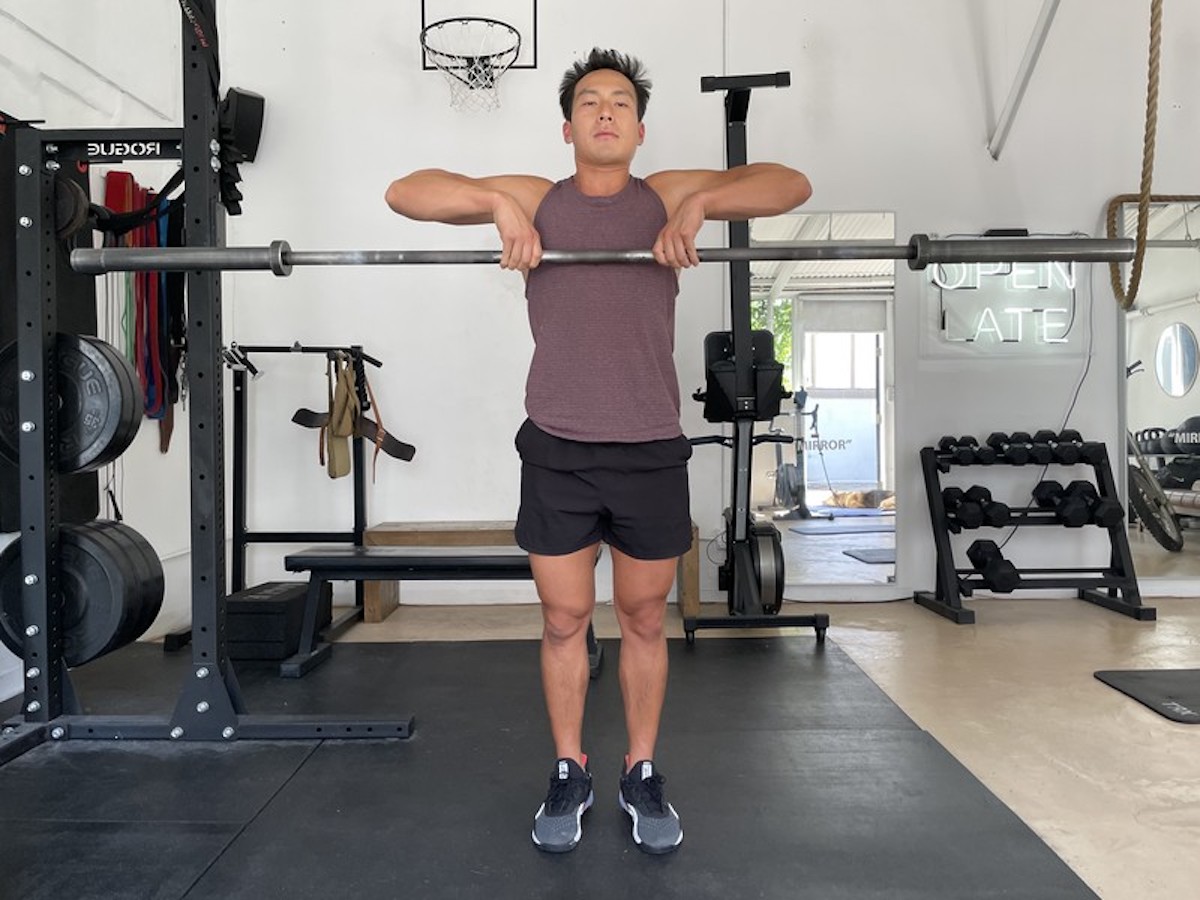 The upright row is an exercise that is really hard on the shoulder joints. Yes, you can modify it by changing your hand positions, your setup, or by trying different weights—but, if you ask me, it's simply not worth it. No matter which variation you do, it places an unnecessary strain on your acromioclavicular joints (or your "AC joints," at the top of your shoulders). Instead, we want to balance out our shoulder strength by working the rear delts and upper back. Keep reading for the (much) better alternative. 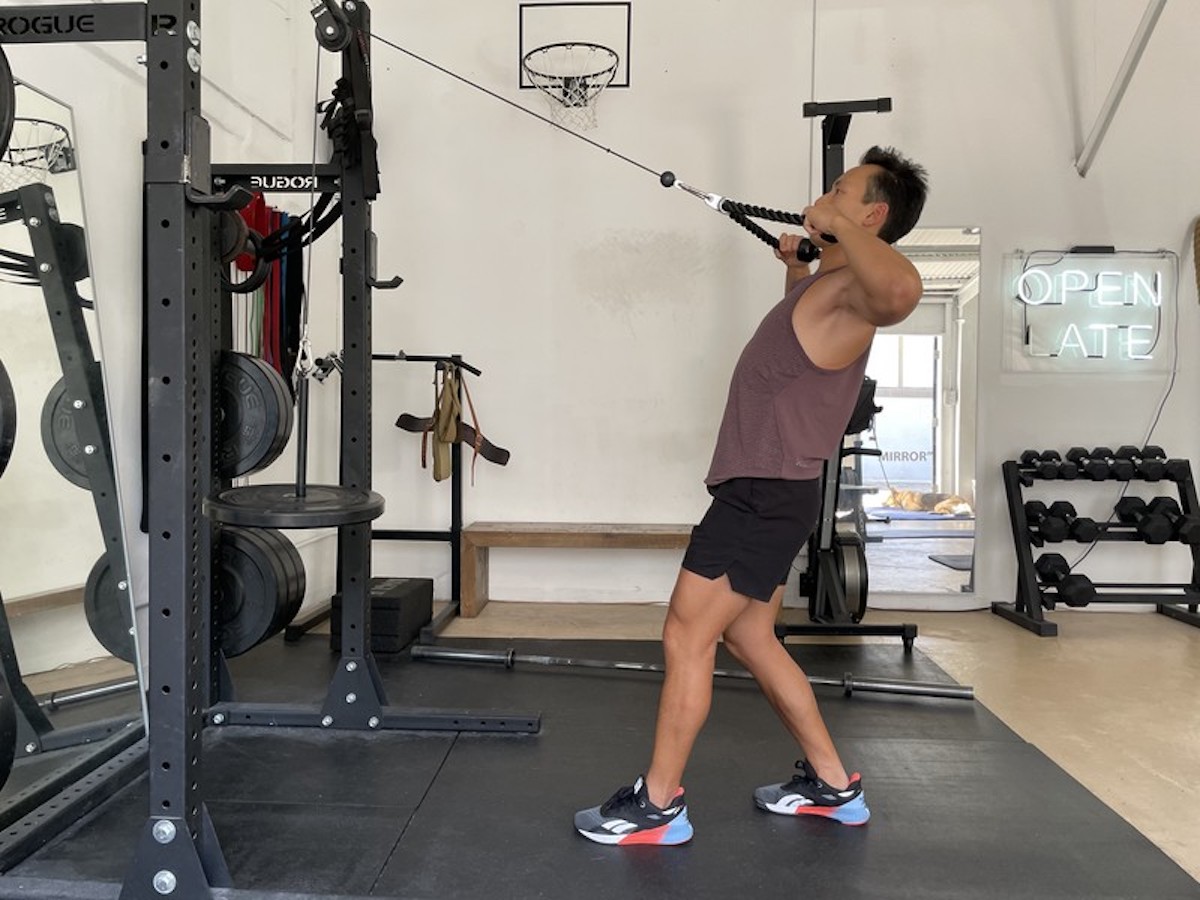 Attach a rope handle onto the cable pulley station and set it at your neck level. Grip the rope so that your thumbs are facing you. Pull out the cable and take two steps back. Get into a split stance for balance, with one foot forward and one foot back, and pull the rope towards your face, flaring the elbows back at the end of the motion. Squeeze the back of your shoulders and your shoulder blades together before returning to the starting position. 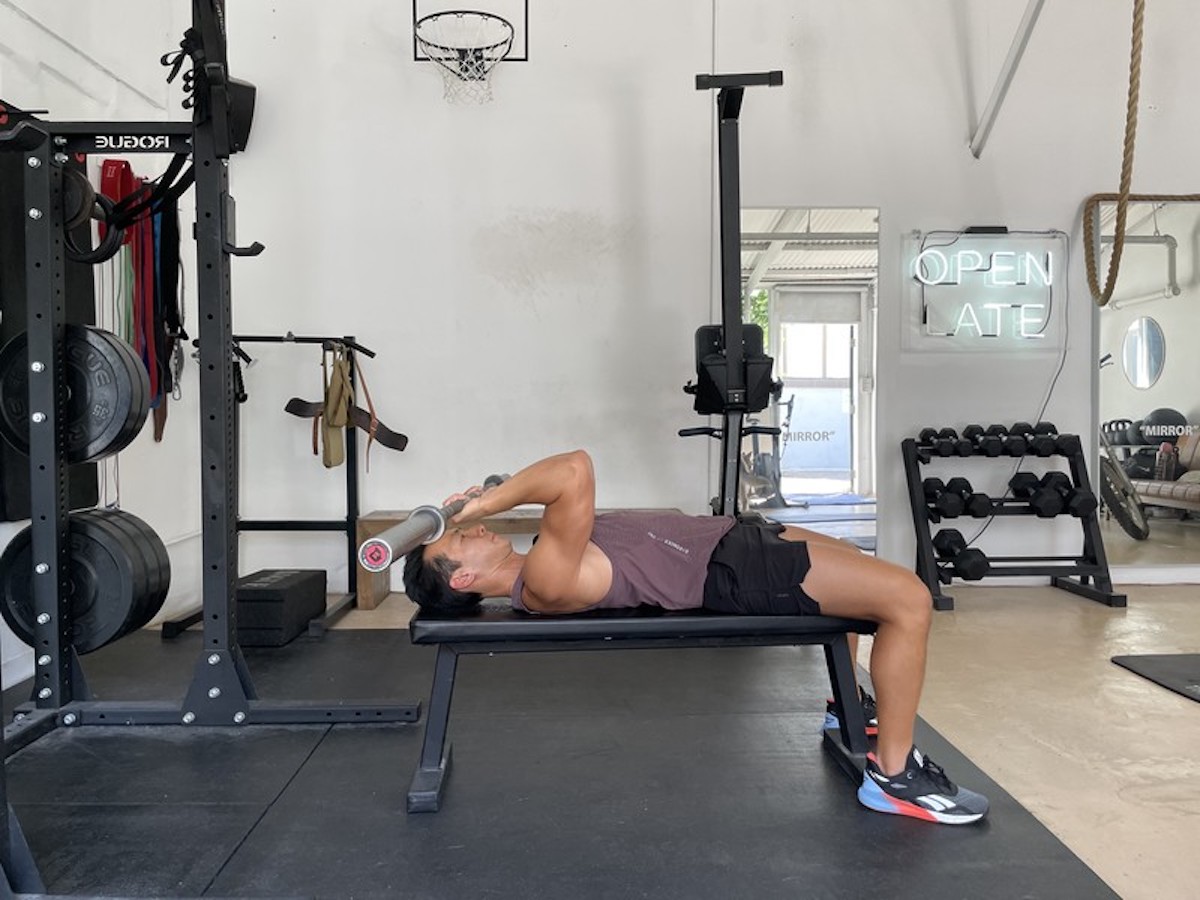 The barbell skullcrusher places a lot of strain on the elbow joints. In fact, for most people, this exercise works more of their elbows than it does on their triceps. When it comes to training triceps, it's better to pick a movement that gets more of a "pump." I prefer a cable/pulley movement instead.

Start by attaching a rope or your favorite attachment to the part of a cable pulley and grip it just above the knobs. Keeping your chest with a slight forward lean, pull the rope down with your elbows, tearing it apart at the very bottom while flexing your triceps.

As we continue to get older, some of our exercise selection should change in order to stay injury free while keeping our joints and muscles healthy. If you're performing either of those two movements, swap them out and use the better alternative instead. Your muscles and joints will thank you. And for more great exercise advice, don't miss The One Major Side Effect of Walking Every Day, According to Science.