Never Do These Abs Exercises If You're Over 40, Says Trainer

You need a strong core as you get older. Doing these three abs moves simply won't help you.

As we get older, staying fit and healthy is more important than ever, and the best anti-aging activities you can do include eating a healthy diet, drinking plenty of water, getting aerobic exercise regularly, and partaking in strength training. As it pertains to the latter, however, our exercise selection should change slightly due to physiological changes in our body.

It's crucial for you to have a strong core as you age—and for reasons that extend beyond vanity. Working on your abs and obliques can help you become a better walker and a better athlete overall. It will improve your balance and flexibility and improve your quality of life by staving off pain well into old age. And if you've spent the past ten years or more working a sedentary desk job, chances are you might have a tight lower back, weak hips, glutes, and a tight neck. Your core won't be nearly as strong as it should be.

The main function of our core is to transfer force and to stabilize the spine, and this is why, according study published in the Journal of Strength and Conditioning Research, the single most effective core and abs exercise you can do is the plank, and largely because the hovering element to the exercise made it so much more effective at targeting the whole of your core. "Abdominal and lumbar muscle activity was greatest when balance was challenged, by adding complex movements to these traditional core exercises," notes the study.

If you're over 40, you need to do more of them. But if there's anything I've learned helping my clients get leaner, stronger bodies, far too many people are engaged in the wrong abs exercises. If you're over 40, you definitely should avoid many of them. Curious to know the abs-over-40 no-nos at the gym? Read on for three abs moves I'd recommend that you avoid, along with one replacement for all of them that's so much better. And for more exercise advice you can use, don't miss The #1 Warning Sign You Don't Exercise Enough, Say Experts.

Never Do: Side Bends 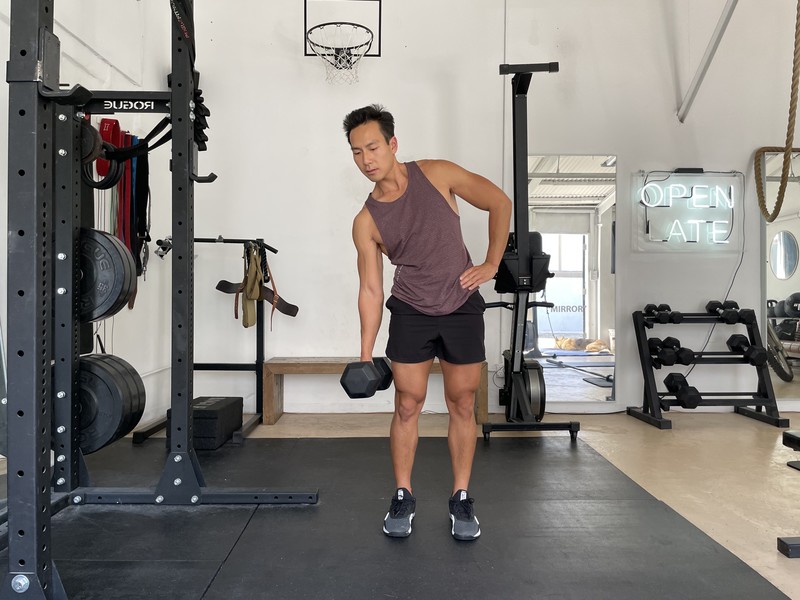 The side bend is an exercise used for targeting your lateral core—or your "love handles" area. Remember: The primary function of the core is to transfer force and stabilize the spine, which this exercise doesn't do. Also, when it comes to weighted ab movements, you want to limit the amount you're doing because it can cause hypertrophy, making it appear "thicker." If you want slimmer obliques, I would avoid weighted side bends. And for more great exercise advice, don't miss the Secret Side Effects of Walking Before Breakfast, Says Science.6254a4d1642c605c54bf1cab17d50f1e 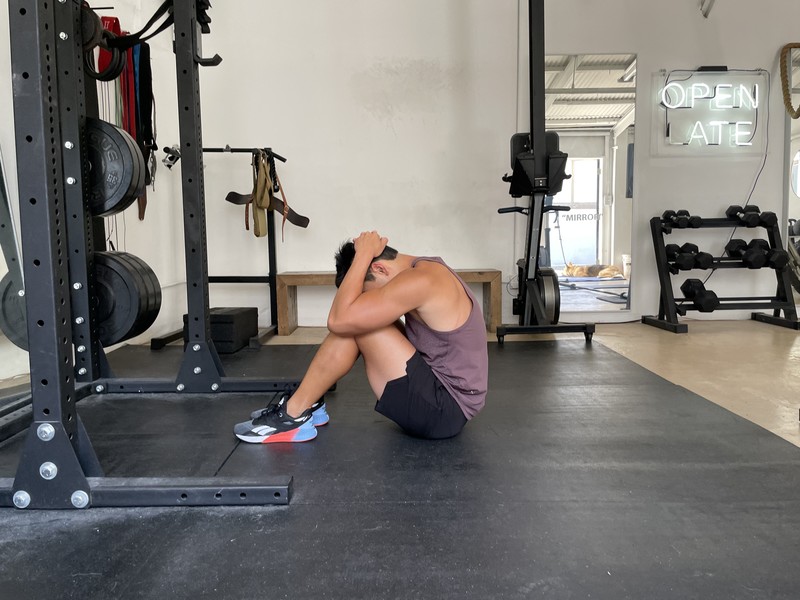 For most people, they have a forward head and hunched back posture. Performing sit-ups can simply make this worse. Far too many people perform sit-ups by cranking on their neck and using their hip flexors instead of their abs, making it a movement that is simply best avoided. Not only are sit-ups bad for your neck, but they're also one of the least-effective abdominal exercises you can do, according to a study from San Diego State University. And for more great exercise advice, don't miss The One Major Side Effect of Walking Every Day, According to Science.

Never Do: The Russian Twist 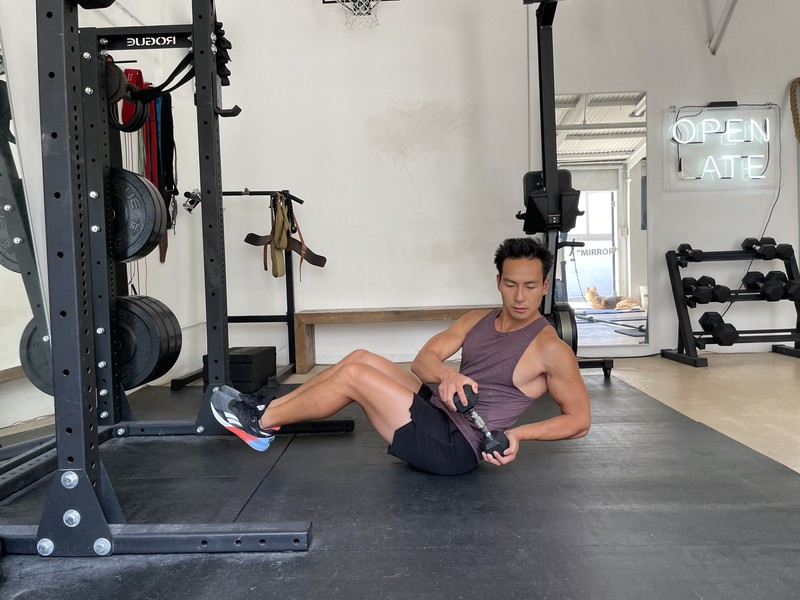 Now, the Russian twist isn't necessarily a bad movement per se. My issue with it is that it's performed incorrectly entirely too often. A common mistake that people make when performing this is they are twisting with their back, rather than moving with their shoulders and hips. This places a lot of strain on the spine. If you have back issues—as many people do after 40—this simply isn't the best exercise for you.

Always Do: The Stability Ball Russian Twist (8-10 reps each side) 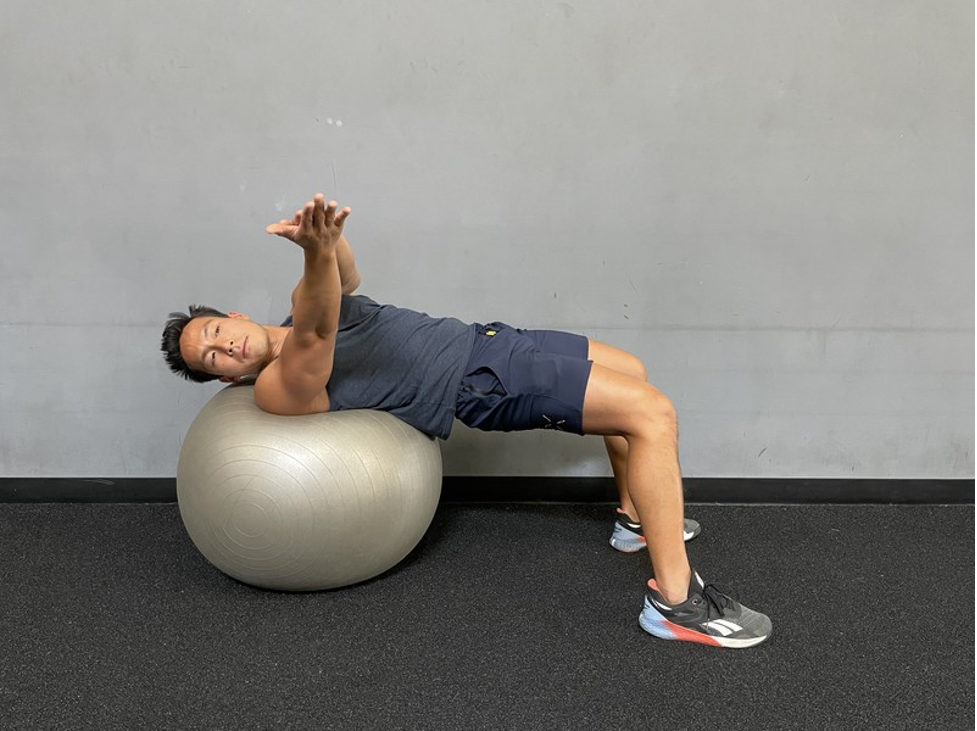 Instead of performing any of those movements, incorporate this one instead. This exercise is simply terrific at working on your core stability and rotation all at the same time.

Start by placing your upper back on a stability ball with your knees bent, feet firmly planted, and glutes squeezed. Straighten your arms fully, then rotate through your rib cage and pelvis towards one side before moving towards the other. If you want to make this more challenging, you can hold a light dumbbell in front of you. And for some great routines, see how This Easy 7-Minute Workout Will Help You Burn Fat Faster, According to Science.