4 Dine-In Chains Falling Out of Favor With Customers

These brands are struggling to recover and remain relevant.

The pandemic propelled many fast-food giants to new heights, but the story was different for the dine-in segment. Just about across the board, sales losses hit double digits, which didn't help the chains already facing declining traffic for various reasons.

Here's a look at four dine-in brands that have been struggling in the past few years to keep customers coming. Be it the accelerated decline in sales brought on by the pandemic or a drop in customer satisfaction, these chains don't seem to be as popular with Americans as they once were.

And for more, don't miss 4 Major Pizza Chains Falling Out of Favor With Customers.

Denny's is no stranger to negative earnings. The chain operated at a loss nearly every year between 1989 and 2005. While the brand did eventually find its way back to profitability, its sales shrunk significantly during the pandemic, with losses of more than 35%. Denny's has been struggling with operating its stores, too. It is famous for being open 24 hours a day, but at the end of 2021, over half of all Denny's were operating at reduced hours, which didn't help with sales or customer satisfaction.6254a4d1642c605c54bf1cab17d50f1e

Buffalo Wild Wings' struggles predate the pandemic. Its sales growth declined sharply several years ago, shrinking from 10.5% in 2015 to just 3.5% in 2017. That year, the company's CEO blamed their stagnant momentum on millennials and insisted that the chicken chain wasn't planning on being "the next Applebees" when it came to expansion. Sales then dipped in 2018 and 2019, and really plummeted in 2020, with losses of over 15%.

It doesn't help that the chain's menu makes it almost impossible to eat a well-balanced meal, which may be another factor deterring younger generations. 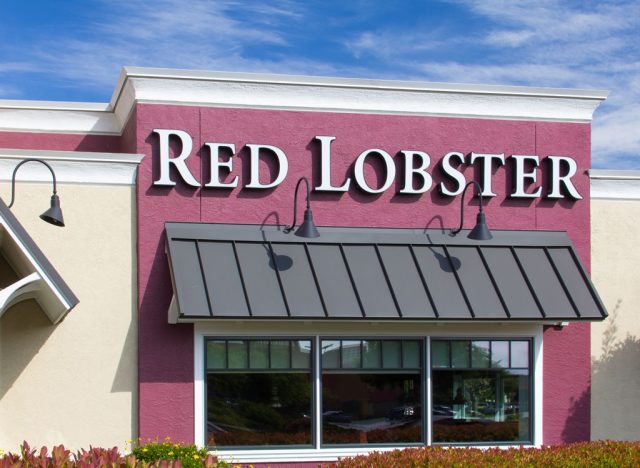 Customers' satisfaction with Red Lobster decreased by several points from 2020 to 2021, according to the American Customer Satisfaction Index. In fact, the chain performed three points below the industry average in the survey, which examines crucial benchmarks like the quality of food, speed of service, and cleanliness of restaurants. Sales at the seafood chain also suffered significantly during the pandemic, dipping over 29% in 2020.

The once-hot burger chain has seen better days. TGI Fridays had its already-declining 2019 sales decimated by the pandemic, with losses of 38% in 2020. To boot, the chain has lost a significant amount of locations—about 150 in the last two years. Currently, the brand is hoping to recapture some of its traffic with a new Happy Hour deal, taking a leaf out of Applebee's book.