Never Take Your Medication With This Drink, New Study Says

Even for non-prescriptions, following the instructions precisely is essential to feeling better.

Take with a full glass of water. Chances are good you've read this instruction on the side of a pill bottle or a medication package insert. Now, the findings of a new study emphasize how important it is to do just what the indications on your medicine suggest—because when the drug makers specify water, that's precisely what they mean.

A study published in a July issue of the Saudi Pharmaceutical Journal looked at the effects of consuming various drinks to accompany medications in "oral solid dosage forms" (meaning pills, capsules, or tablets).

Looking at five brands of over-the-counter medication all indicated for pain relief, inflammation, or allergies, they concluded: "The tested beverages should not be used as substitutes for water when ingesting medications." That's because in nearly all cases, these drinks significantly increased the drugs' disintegration times, which may cause the medication to dissolve before it's designed for the body to absorb it. This, of course, can impact its efficacy in relieving your symptoms, and potentially other problems.

Keep reading to learn which drinks this research team says you shouldn't take with your pills. Also, don't miss One Awesome Effect Eating Yogurt May Have on Your Brain, New Study Suggests. 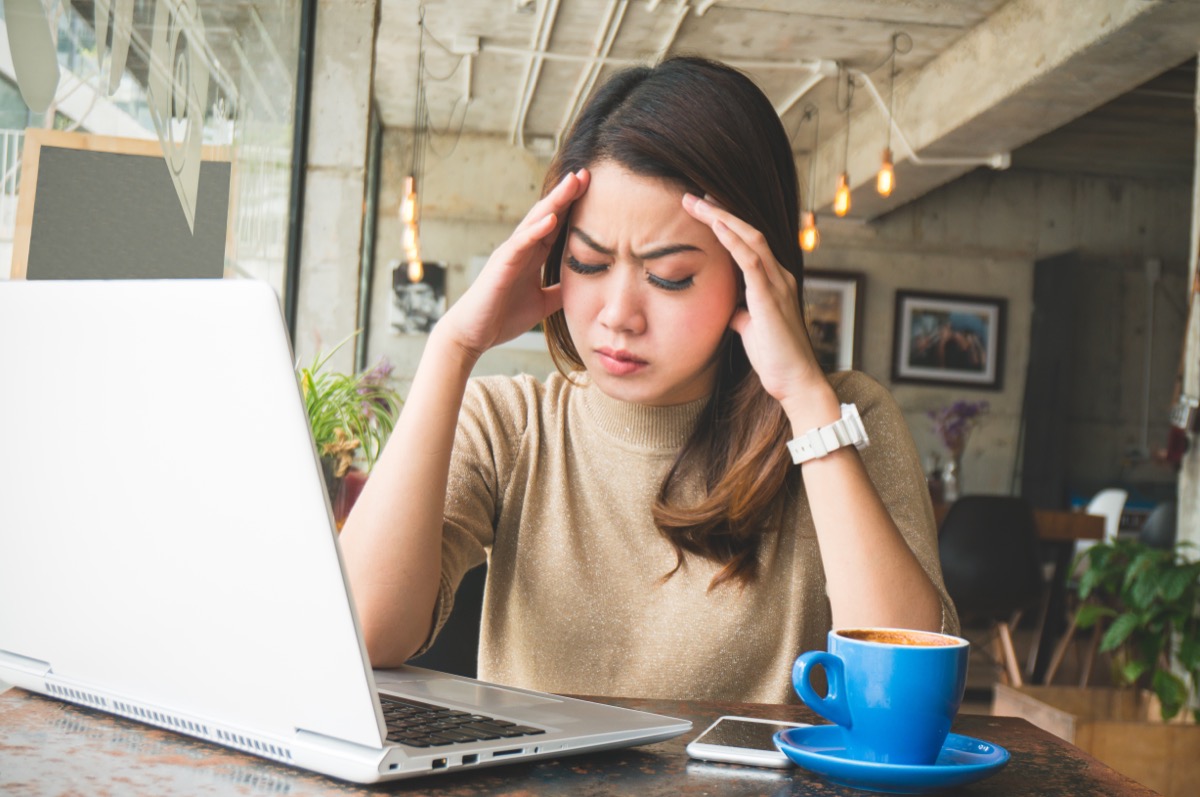 The study considered two beverage temperature variables: 41 degrees, and 100 degrees Fahrenheit. Not only do we know that coffee contains powerful compounds and caffeine that could potentially cause drug interactions, but the study suggests hot beverages, like coffee, may change a medication's chemistry and disintegration time.

Known for its Vitamin C, orange juice might be a drink you turn to when you're under the weather. In the case of this study, they found orange juice was one of the main drinks that affected the timed release of a drug that's comparable to Tylenol.

Sign up for the Eat This, Not That! newsletter for the latest in food and wellness every day.

We probably don't have to remind you that most mainstream soda brands are not great for your health. (Perhaps it's also worth mentioning that sugar can increase inflammation.)

Coca-Cola was one drink that affected the disintegration of most drugs in the study, except for one intended to treat allergy symptoms.

When you're not 100%, you might be looking for anything to add some pep to your step. However, energy drinks were also among the drinks the researchers say you should put down to take those meds.

(Also, drinking too many energy drinks can be extremely hard on your health: Read Too Much of This Popular Drink Caused a 21-Year-Old To Have Heart Failure, Says New Study.)

Perhaps buttermilk is not among the most common beverage staples in many Western households. However, the scientists' use of buttermilk might also suggest that dairy beverages in general are not ideal to take with your pill.

Fortunately, water's not the toughest thing to swallow—in fact, it's one of the keys to good health. Keep reading:

Krissy Gasbarre
Krissy is a senior news editor at <em>Eat This, Not That!</em>, managing morning and weekend news related to nutrition, wellness, restaurants and groceries (with a focus on beverages), and more. Read more
Filed Under
Body Health // Drinks // News