13 Old-Fashioned Cereals That Are Older Than You Think

If you grew up grabbing a bowl of cereal before running to catch the bus to school, you're not alone. America's favorite easy morning meal since the early 1900s—yes, that long ago!—Post Grape-Nuts, created in 1897, was one of the first mass-produced cereals that is still made today.

Surprised? You might want to take a seat and read on to find out how many other of your cereal favorites have been in production for decades, and some for more than a century. Guess they know if a cereal recipe isn't broken, there's no need to fix it!

Created by the brothers who founded Kellogg's, this crunchy favorite first hit grocery store shelves in 1898 as Sanitas Toasted Corn Flakes. But according to Wikipedia, the cereal has a fascinating origin story: Originally made from wheat, it was created specifically for patients at the Battle Creek Sanitarium, where both Kellogg brothers worked. The patients must have approved, because soon the Kelloggs were producing Corn Flakes for the masses. 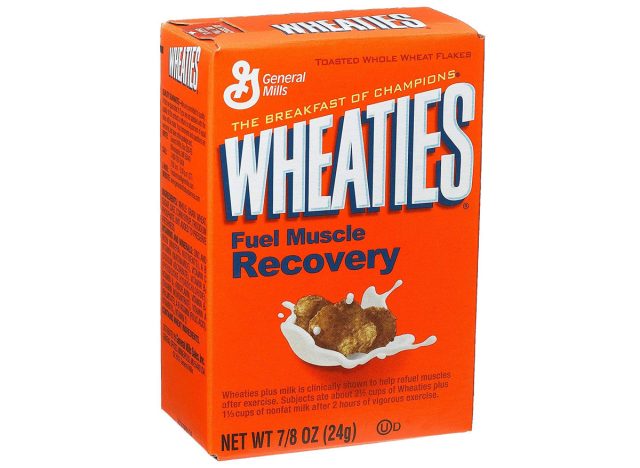 Wheaties was created at Washburn Crosby Company in 1921 as a result of an accidental spill of a wheat bran mixture into a hot stove, which crackled and sizzled into a crisp flake. Eventually purchased by General Mills, the company put the first woman on a cereal box—aviator Elinor Smith—in 1934. 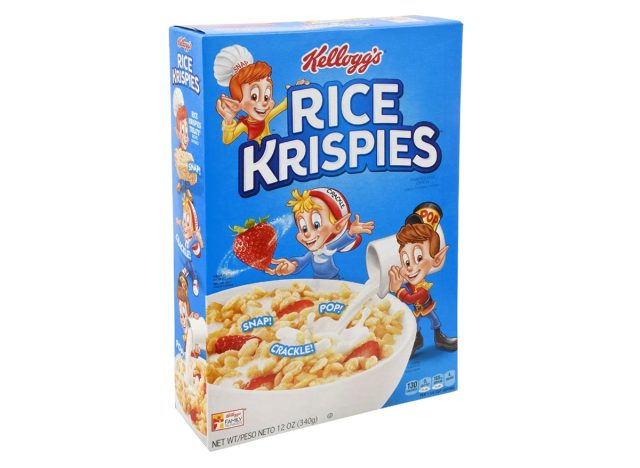 Marketed as the "talking cereal," due to the famous "snap, crackle, and pop" sound that the mixture makes when combined with milk, Rice Krispies first hit stores in 1928. Fun fact: in 1963 the Rolling Stones were featured in a TV ad for Rice Krispies, which you can still watch on YouTube. 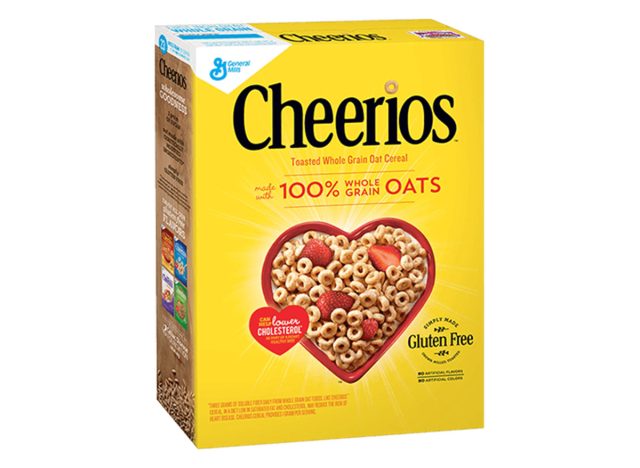 There is perhaps no brand more synonymous with American breakfast cereal than Cheerios. Created way back in 1941, Cheerios was the first oat-based ready-to-eat cereal. Originally named Cheerioats, the name was changed in 1944 and the rest is history.

One of the first cereals to make its debut with a cartoon character, Frosted Flakes hit the market in 1952. As Tony the Tiger has reminded us ever since, "They're gr-r-reat!"

This beloved General Mills cereal has the dubious distinction of being the first fruit-flavored cereal on grocery store shelves. The first version, which debuted in 1954, was flavored red raspberry, orange orange, and lemony yellow.

Like us, you may have thought this cereal hit shelves in the early 2000s (remember the Special K diet?), but it's actually been around since 1955 and was the first cereal fortified with vitamins and iron. 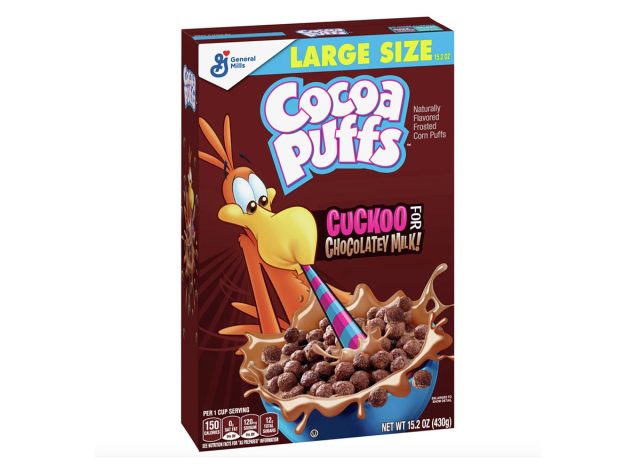 Kellogg's brought Froot Loops to market in 1963. Originally, there were only red, orange, and yellow loops, but green, blue and purple were added in the 1990s. Fun fact, Mel Blanc, the voice of Toucan Sam, was also the voice behind Bugs Bunny, Daffy Duck, Foghorn Leghorn, and Barney Rubble.

According to some reports, ​​Cap'n Crunch was created in response to market research that revealed kids under 10 preferred crunchy foods to soggy foods, and it was introduced to the breakfast table in 1963. Wikipedia states that the original formula was developed by recipe flavorist Pamela Low, and was inspired by a dish her grandmother made that featured brown sugar and butter served over rice. Low reportedly also helped develop the flavors for Almond Joy, Mounds and other candy bars.

In 1964, this cereal hit the shelves with a huge innovation for the time—tiny marshmallows. Who could forget the days of eating just the pink hearts, yellow moons, orange stars, and green clovers and leaving the oats to dissolve into a sugary soup?6254a4d1642c605c54bf1cab17d50f1e

RELATED: The Unhealthiest Cereals on the Planet

This honey-flavored corn cereal known for its honeycomb shape was introduced in 1965. If you grew up in the '70s or '80s, you may remember the ads for the cereal from the "Honeycomb Hideout," where kids gathered to eat Honeycomb for some reason that we assume made sense at the time.

Hitting shelves in 1965, this Kellogg's classic was called Apple Os until 1971, when the name was changed for marketing reasons. Apple Jacks was invented by William Thilly, who was studying at MIT when he was hired by Kellogg's as a research assistant.