One Running Trick That Makes Running So Much Easier, Says Science

A new study reveals how listening to music can possibly alter your "effort perception."

A recent survey of 2,000 physically active Americans found that a full 65% would have "no motivation" to get up and get moving if they couldn't listen to their favorite tunes while exercising. Now, a new study just released by the University of Edinburgh reports that when it comes to going for a run or jog, music can do much more than just help you off the couch. Read on to learn how listening to music isn't just great for motivating you and keeping your pace up—which it is—but how it actually changes how you perceive the exercise. And for more on the benefits of running more, don't miss the Surprising Side Effects of Running Every Day, According to Science.

For the first time ever, researchers set out to investigate the effect of listening to music on both running endurance and capacity while mentally fatigued. In a nutshell, the findings indicate that listening to your favorite music while out for a run can effectively neutralize the impact of any mental fatigue you may be feeling.

After completing a mentally challenging 30-minute test, participants who listened to a playlist of their choice were able to run at the same level as when they were mentally fresh. Without music, however, those same runners saw their performances suffer after taking the test. All in all, these findings suggest putting together a playlist for your runs is an easy way to help yourself meet your fitness goals—regardless of whatever else is on your mind or draining your mental energy. And for more exercise news you can use, don't miss this One Major Side Effect of Walking Every Day, According to Science.

Here's How They Did Their Research 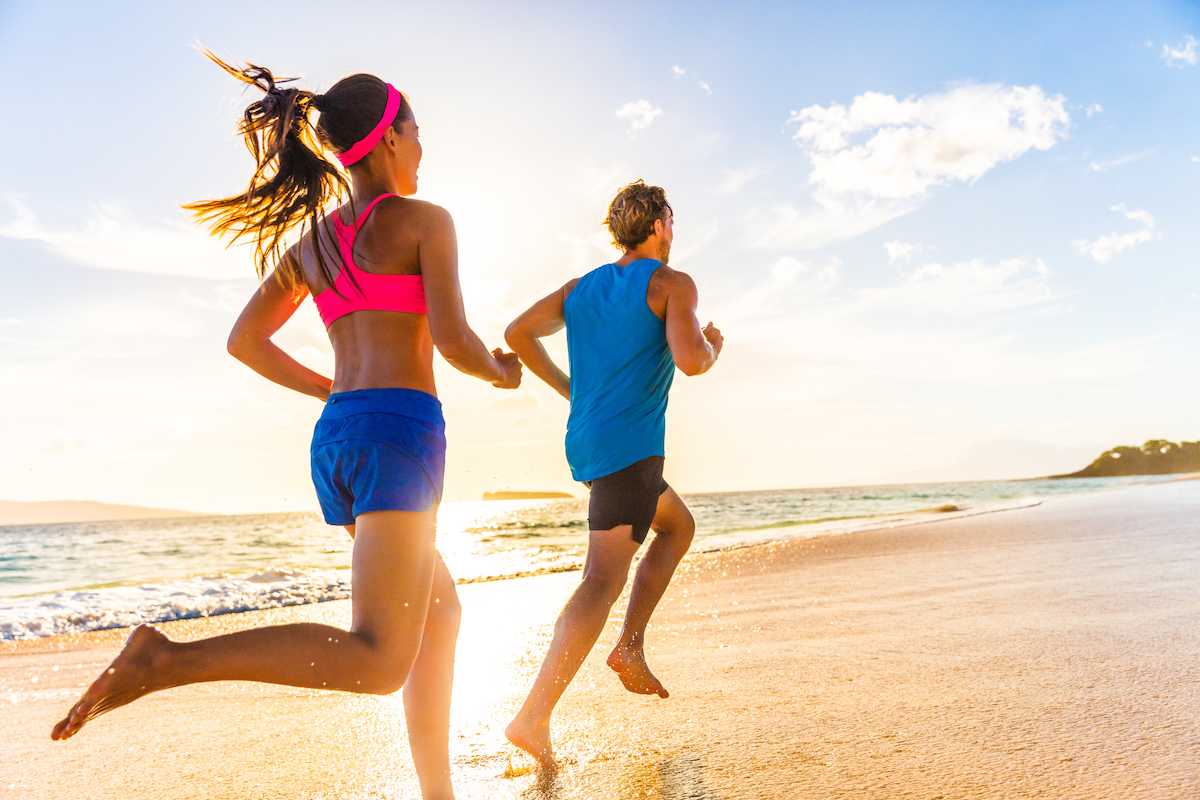 Two running tasks assigned to two distinct groups of runners were utilized to reach these conclusions. The first subsection, a collection of nine "physically active exercisers," completed an interval running capacity task on three occasions: once with no music (and no prior test intended to cause mental exhaustion) that served as a baseline, once after completing the test while listening to music, and once after completing the test without any music. For reference, "interval running capacity" refers to alternating between intense running and a calmer version of jogging.

The second group consisted of another nine trained runners tasked with completing a five kilometer (3.1 miles) time-trial. Just like the interval runners, this group engaged in their running assignment three times.

The Runners Listened to Kanye West, Avicii, and A$AP Rocky

The research team helped participants put together a playlist for the study by asking each person to name and write down some of their favorite motivational songs. More specifically, for each song subjects rated rhythm, style, tempo, and melody, as well as the sound and beat of the music.

Some songs enjoyed by exercisers while out for their runs include "Addicted To You," by Avicii; "Run This Town," by Jay-Z; "Power," by Kanye West; "Everyday," by A$AP Rocky; "No One Knows," by Queens of the Stone Age; and "Eye of the Tiger," by Survivor.

Music May Alter Your Effort Perception

As far as the "why" behind music's exercise benefits, study authors speculate that when we hear our favorite songs during a run or workout, it changes our effort perception, possibly making it easier to go that extra mile (figuratively and literally).

"Mental fatigue is a common occurrence for many of us, and can negatively impact many of our day-to-day activities, including exercise. Finding safe and effective ways to reduce this negative impact is therefore useful," explains Dr. Shaun Phillips, of the University of Edinburgh's Moray House School of Education and Sport.

"The findings indicate that listening to self-selected motivational music may be a useful strategy to help active people improve their endurance-running capacity and performance when mentally fatigued. This positive impact of self-selected music could help people to better maintain the quality and beneficial impact of their exercise sessions." And if you're looking for a break from running, make sure you're aware of The One Workout That Drives 29 Percent More Fat Loss, According to Science.