Side Effects of Drinking Too Much Orange Juice, According to Science

Surprisingly, there are both good and bad effects.

We've long been told to have a cup of orange juice at every breakfast for our daily dose of immune-boosting, skin health-supporting vitamin C, but are the costs of drinking such a high-sugar beverage every day really worth the few benefits?

Orange juice is still widely perceived as a healthier option than other sugary beverages like soda because it's made from fruit—but the two are not too dissimilar. While the sugar in 100% fruit juices is naturally occurring rather than added as it is in sugar-sweetened beverages, the way your body processes and reacts to this sugar is essentially the same, according to a JAMA Network Open review. Plus, orange juice often contains as much sugar and as many calories.

The sunshine-colored drink is undeniably a good and excellent source of a few essential nutrients—one eight-ounce cup of orange juice contains anywhere between 80-100% of your daily value of vitamin C (depending on which brand you buy), 10% DV of potassium, 15% DV of thiamine, and 15% DV of folate along with polyphenols and other phytochemicals—however, it does have some not-so-redeeming qualities, like 24 grams of sugar.

Scientists have concluded that although fruit juices may not be as harmful as sugary drinks, they're certainly not as healthy as whole fruit, and there are negative side effects of drinking it. At the same time, due to its concentration of beneficial micronutrients, there are actually some benefits. We reviewed the science and listed the side effects below. Read on, and for more on healthy eating, don't miss 7 Healthiest Foods to Eat Right Now.

You may gain weight.

Like most foods and drinks, orange juice contains calories—nearly all of which are from sugar. Without any satiating, digestion-slowing nutrients like fiber, healthy fats, or protein, orange juice can cause a spike and crash in blood sugar, which may cause weight gain in the same way that soda does, according to a JAMA study. That's particularly concerning if you're drinking OJ regularly on its own.

In fact, a Nutrition & Diabetes study found that when researchers gave participants orange juice 3 times a day between meals, they found that drinking the juice increased body fat and decreased insulin sensitivity in just four weeks. So if you do want to drink OJ, at least do so with meals so that the other foods can help to slow your body's digestion of the sugar.

And those same fattening effects can be seen long-term. Over the course of 4 years, one study found that an increased intake of fruit juice was associated with an increase in 0.08 lbs. It's not much, but it does show how different your body treats fruit juice than it does whole fruit as those who increased their whole fruit intake decreased weight by −0.12 lbs a year.6254a4d1642c605c54bf1cab17d50f1e

You may increase your risk of type 2 diabetes.

Results from a 2013 BMJ study of over 180,000 participants that was conducted over the course of 24 years found that drinking a serving of fruit juice every day was associated with as much as a 21% increased risk of developing diabetes, whereas a greater whole-fruit consumption was significantly associated with a 23% lower risk of type 2 diabetes.

Senior author Dr. Qi Sun, assistant professor in the Department of Nutrition at the Harvard School of Public Health, explained the reasoning: "The juicing processes lead to lower contents of beneficial phytochemicals and dietary fiber. In addition, juice fluids are absorbed more rapidly and lead to more dramatic changes after eating in blood sugar and insulin levels than solid whole fruits."

You'll be closer to reaching your daily recommendation for fruit.

There's a positive of drinking too much orange juice?! While it's still not good to drink too much (more than one serving) at a time, if you drink OJ regularly, you are helping yourself meet your daily recommended intake of 1 to 2 cups of fruit—which is particularly beneficial as 80 percent of the U.S. population does not meet fruit recommendations. (One cup of 100% fruit juice is considered to be 1 cup/serving from the fruit group.)

In fact, consuming juice has actually been linked to greater consumption of intact fruit and vegetables: a roundtable of experts concluded that removing juice from the diet would actually reduce daily fruit consumption and increase the number of sugary drinks people consume while another study found that those drinking 100% fruit juice were 42% more likely to meet their daily recommended fruit and veggies.

Even if fruit juice counts to your daily recommended intake, the USDA 2020-2025 Dietary Guidelines still say that "at least half of the recommended amount of fruit should come from whole fruit, rather than 100% juice. When juices are consumed, they should be 100% juice (without added sugars)."

You may protect your brain.

In a 2019 Neurology study, compared with less than 1 serving per month, daily consumption of orange juice was associated with substantially lower odds of poor subjective cognitive function. The researchers hypothesized that the brain-supporting benefits of juice may stem from the high antioxidant and bioactive substance (including vitamins, minerals, and polyphenols) content in some 100% fruit juices. (Related: 13 Healthy Foods That Boost Your Memory, According to Nutritionists)

You may lower your blood pressure.

After drinking 2 cups of orange juice each day for a month, the blood pressure of overweight men was reduced in one American Journal of Clinical Nutrition study. Researchers believe the benefits may be linked to hesperidin: the major polyphenol in orange juice that has been shown to act in an anti-inflammatory and anti-atherogenic role.

You may moderately support heart health. 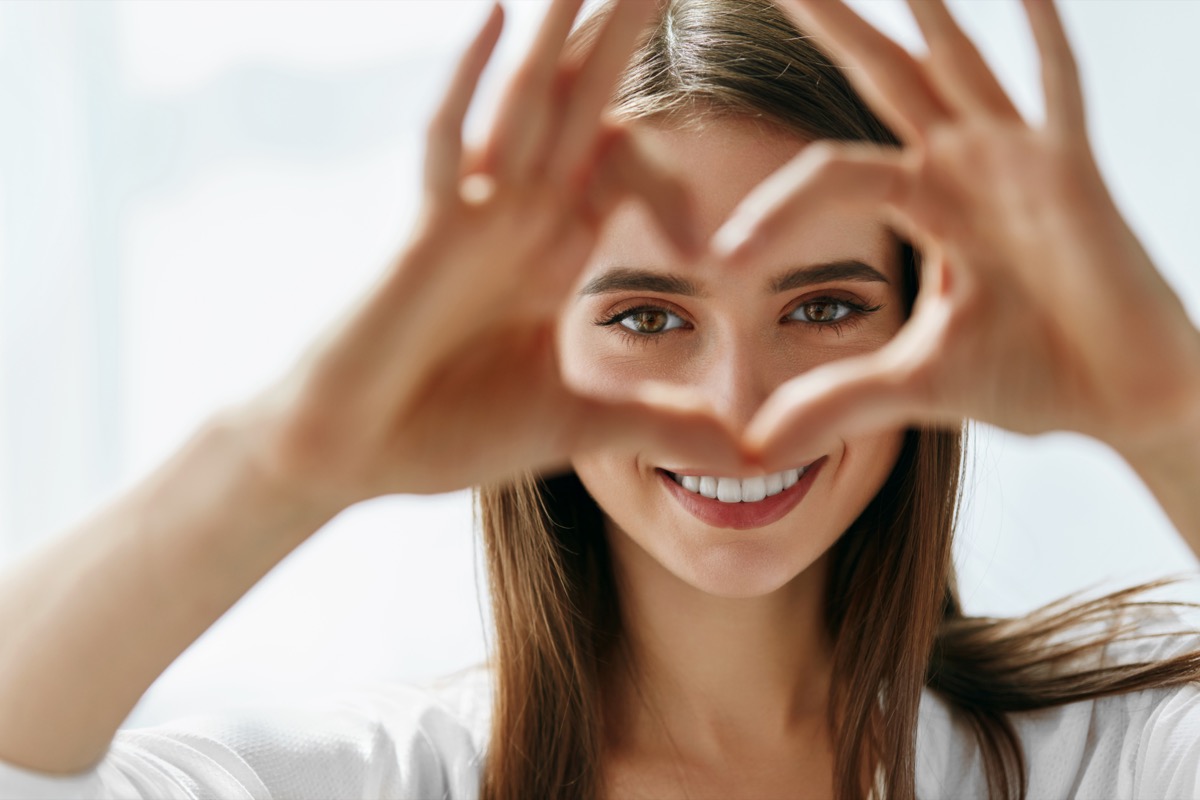 A cohort study found that participants who drank more than half a cup of OJ a day for over 20 years had a lower incidence of hypertension—a precursor to cardiovascular disease. If you do want to put a cap on your OJ intake, there are other ways to improve your heart health: Simple Ways to Keep Your Heart Healthy, According to Doctors.

Read more about your favorite drinks:

Surprising Side Effects of Drinking Too Much Water, Says Science

Surprising Side Effects of Drinking Green Tea, According to Science

Olivia Tarantino
Olivia Tarantino is the Managing Editor of Eat This, Not That!, specializing in nutrition, health, and food product coverage. Read more about Olivia
Filed Under
Drinks // Unhealthy