Why Sprouted Foods Deserve a Place In Your Diet

Does a side of beans at a dinner party make you shudder in fear? Does your stomach always seem to balloon instantaneously after a bite of bread? We might have a solution for you.

These issues are common symptoms of people who have sensitivities to a group of poorly digested carbohydrates, which includes grains and legumes. The surprising answer to your digestive problems? Continue to eat these foods.

Well, there's a catch: You must sprout them first. By mimicking a completely natural process, you can activate the inherent power of certain foods to work in your digestive favor. Not only that, but you might even get more nutrients out of it! We've put together all the questions and facts you need to know about this magical process. Read up, then eat up! 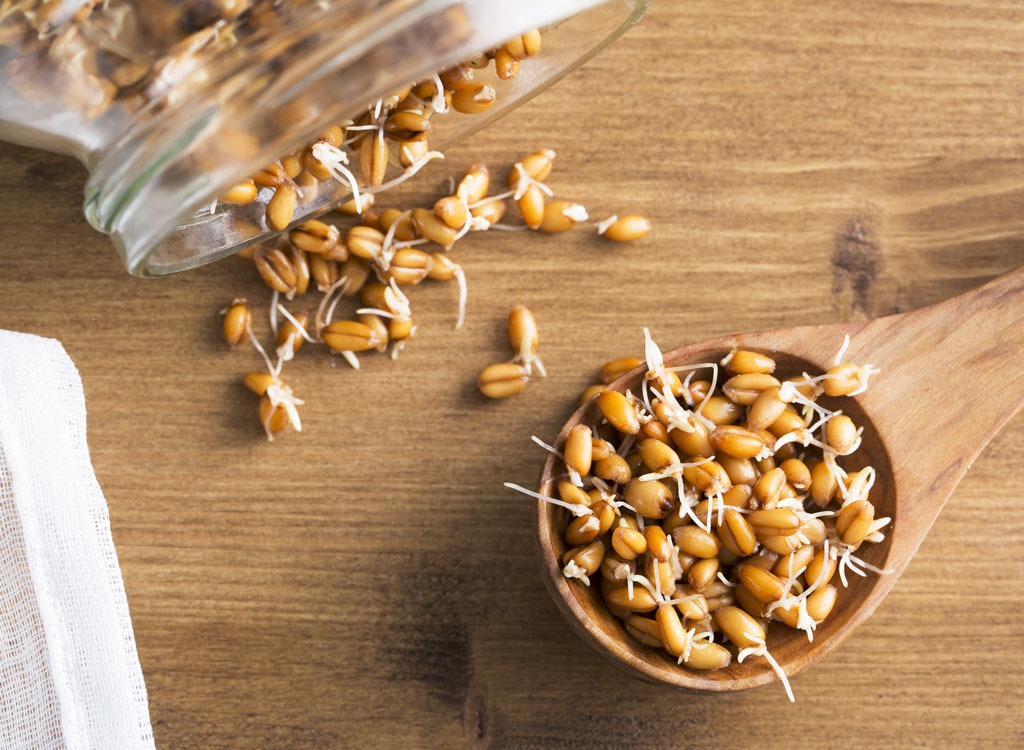 The foods that can be sprouted are all seeds. That's important to know because sprouting is just a way to harness the benefits of a process that happens naturally. Seeds come packed with all the nutrients that an embryo (science lingo for a little baby plant) needs to grow. When plants drop seeds, it begins the process of growing into a new plant. But seeds are smart, and just like us, they need water to live. So they only start growing after it rains—otherwise they just lie dormant, and these are typically the seeds we eat. The rain triggers the seeds to germinate (the beginning of the growing process) and the baby embryo eventually sprouts out of the exterior shell. When foods are called "sprouted," it means manufacturers are replicating this same process of soaking the seeds and allowing them to sprout. As you'll soon find out, sprouting is one of the best ways to extract the most nutrients from your food.6254a4d1642c605c54bf1cab17d50f1e

What Types of Foods Can Be Sprouted? 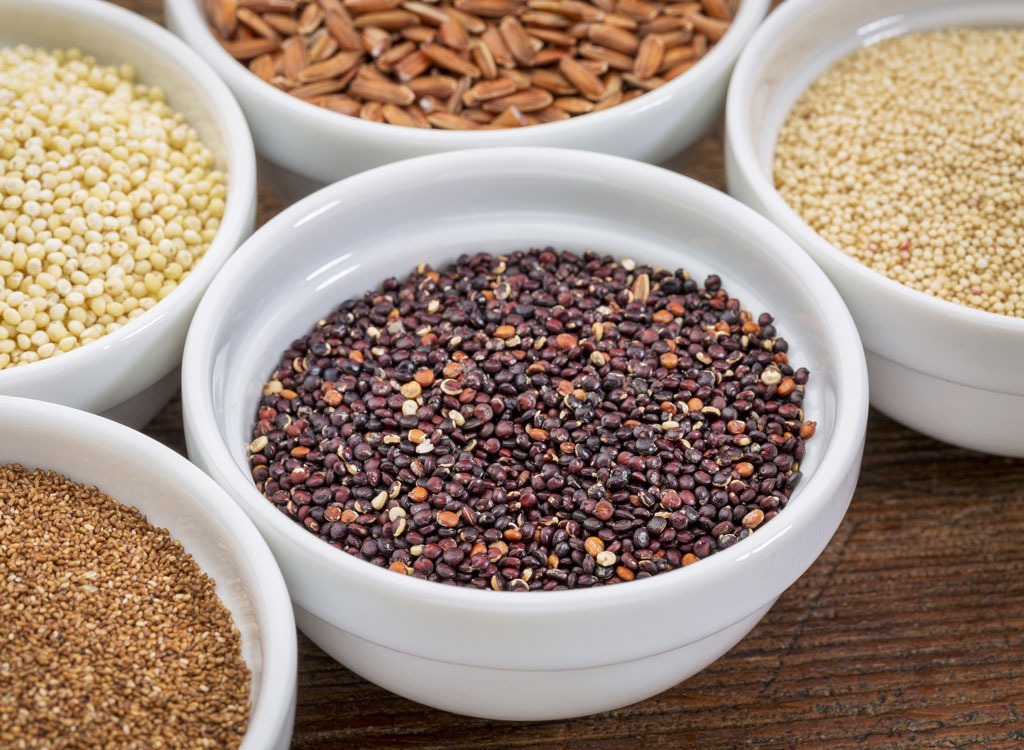 As we already mentioned, sprouted foods are all seeds. That includes whole grains like wheat, barley, corn, oats, and rice; seeds like quinoa, flax, and chia; nuts like almonds, walnuts, and cashews; and pulses like chickpeas, beans, peas, and lentils; and many others in each of these categories.

What Are the Benefits to Sprouting Foods?

Seeds have nutrient stores so that the growing embryo has food before it can get it on its own through the sun or soil. That's why raw seeds are full of enzyme inhibitors, which are molecules that bind to enzymes to keep them from breaking down the seed's food stores until the seed finds the proper conditions. The sprouting process inactivates these enzyme inhibitors, allowing enzymes to get to work and start breaking down starches. So when you're eating sprouted nuts, grains, seeds, or legumes, you reap the benefits of active digestive enzymes, which can help improve gut health.

2) Sprouting Improves Digestibility of the Food

Because the seed's enzymes essentially pre-digest the starches into simple sugars, it improves the food's digestibility. That's because the complex sugars (also called fibers) that are hard for some people to digest (and result in unfortunate intestinal gas) are broken down in this process.

One of the proteins that activated enzymes begin to break down is gluten, which means those who have some gluten sensitivity may benefit from eating sprouted grains. That doesn't mean the grains are gluten-free, so those with Celiac disease still should not eat sprouted gluten-containing grains.

According to a review in the American Journal of Plant Nutrition and Fertilization Technology, seeds and grains are high in phytic acid. This compound forms a complex with minerals such as iron, zinc, calcium, and magnesium, making them unavailable for absorption. Scientists refer to this as lowering the minerals' "bioavailability." Because of this, phytic acid has been labeled an "anti-nutrient," as it prevents our bodies from absorbing these essential nutrients. Sprouting activates the phytase enzyme, which helps break down phytic acid and makes these minerals more available for absorption. Fermentation also promotes phytate breakdown.

The sprouting process increases vitamin synthesis by six to ten times compared to levels of non-germinated seeds, according to a review in the American Journal of Plant Nutrition. Specifically, sprouting increases vitamins B2 (riboflavin), B5, and B6, and actually begins the production of Vitamin C. It can also release antioxidants stored in cell walls, boost the bioavailability of the minerals phosphorus, calcium, iron, and magnesium tied up in phytates, and increase levels of amino acids and protein by 50 percent while decreasing fats and carbs by up to 25 percent.

Multiple studies have found that sprouted grains and legumes can help regulate blood sugar. Researchers speculate a potential mechanism is that one of the enzymes activating during the sprouting process is PI3K, an enzyme which works together with insulin to regulate glucose uptake. Another way sprouted grains may act as an anti-diabetic is because they contain higher levels of antioxidant phenolic and flavonoid compounds than non-sprouted grains. Previous studies indicate that hyperglycemia (too much glucose in the blood) creates additional oxidative stress, which can cause inflammation. Antioxidants mop up these reactive oxygen species, helping to protect you from these harmful compounds.

Because the sprouting process partially digests some of the starches in the grain or legume, it can help reduce the cooking time of of your rice or beans when you're in a pinch! Sprouted, dehydrated quinoa can even be eaten raw as a protein-packed cereal replacement.

8) Sprouted Rice and Pasta is Softer

If you haven't been able to jump on the brown rice or whole wheat pasta bandwagon because the taste of whole grains is crunchier than your prefer, sprouted grains will be a welcome addition to your plate. It's a similar texture to what you're used to with highly refined, white rice and flours, but with all the nutrients (and more) of whole grains.

Should We Be Sprouting Foods?

For many of us, grains and seeds are a staple part of our diet. But regularly consuming unsprouted grains, or just soaked/germinated/activated grains can lead to excess intake of phytic acid, as the sprouting process is the only way to significantly reduce the levels of phytic acid. Phytic acid has been shown to reduce mineral absorption during the meal you're eating the unsprouted grain or seed with—but it won't have any effect on subsequent meals. It can contribute to mineral deficiencies over time for those whose imbalanced diets rely heavily on grains (like vegans and vegetarians), but those with balanced diets probably aren't at risk. If eaten in moderation, some research suggests that phytic acid may have health benefits, including decreasing our risk of colon cancer.

Bottom line: If you're a vegetarian or vegan, have a minor gluten sensitivity, or just want to get more nutrients (and lose the dreaded toot), sprouting is for you.

Where Can I Find Sprouted Foods?

Many health food stores like Whole Foods carry dehydrated, sprouted nuts, seeds, and grains in their bulk bins. These single items allow you to use them in any way you please, whether that be creating a sprouted hummus or a sprouted trail mix. If you're not quite sure how to use these activated foods just yet, you can also purchase some of these products that harness the power of sprouted grains for you. 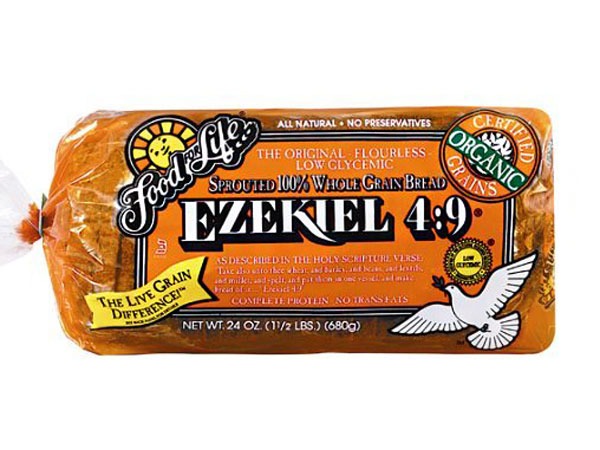 Food for Life makes a sprouted bread called Ezekiel 4:9, named after the bible verse which its recipe comes from. The bread uses a combination of sprouted wheat, barley, millet, lentils, soybeans, and spelt to create this delicious whole grain bread. Food for Life also makes many sprouted products, including cereals, english muffins, waffles, pasta, and buns. For a balanced breakfast rich in fiber, healthy fats, and protein, pair a sprouted Ezekiel English muffin with a veggie-filled omelet. Because they don't use any artificial additives or preservatives, Ezekiel bread is one of the Best Weight Loss Foods to Buy Frozen. 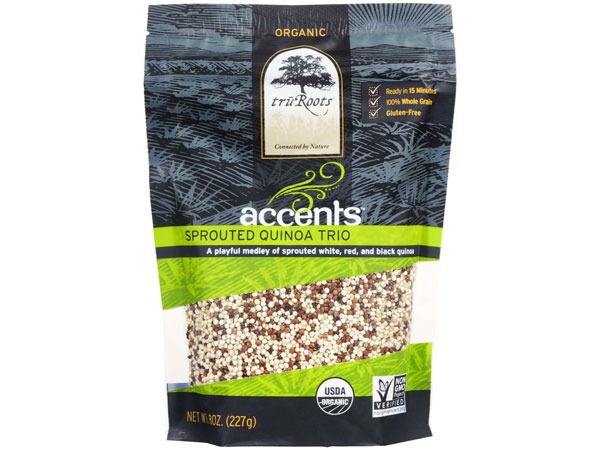 Soaking and sprouting quinoa has been found to reduce its phytic acid content by 98 percent! Which is great news since quinoa contains 15 percent your DV of iron, 30 percent of your DV of magnesium—two nutrients whose bioavailability would be decreased without sprouting the grains. A study published in Food Chemistry also found the total phenol content and antioxidant activity of quinoa was increased with sprouting. Both phenols and antioxidants play a role in protecting your cells from inflammatory oxidative stress, which has been implicated in degenerative, age-related diseases, and weight gain. 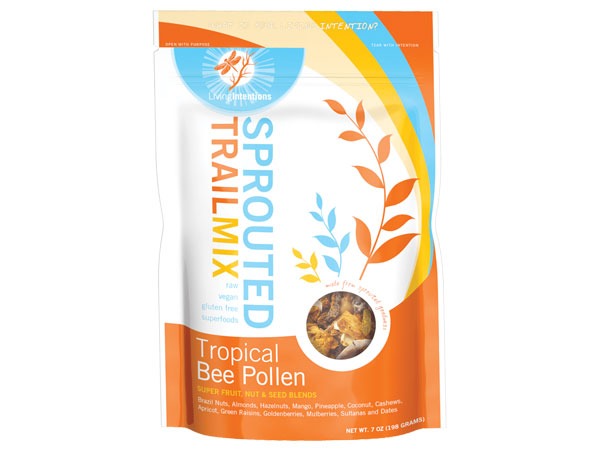 This powerful trail mix is full of sprouted Brazil nuts, almonds, and hazelnuts, so you can reap more fat-burning benefits from their more-readily bioavailable magnesium. Combined with energy-boosting dried fruits and tummy-soothing ginger, this snack will help you take charge of the day. 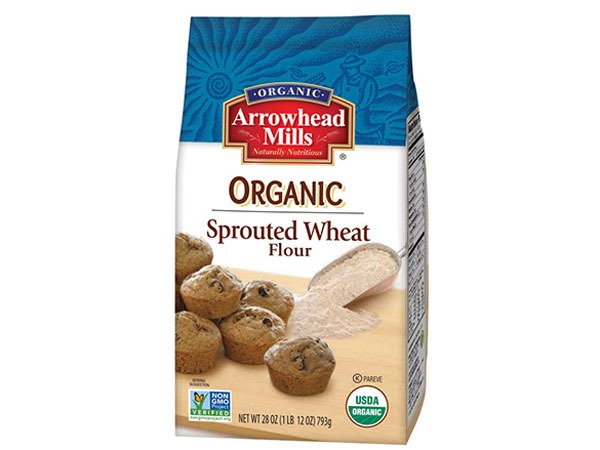 Get some more nutrients out of your pancakes, waffles, breads, and cookies by using this organic, non-GMO sprouted whole grain wheat flour from Arrowhead Mills. Just one bite and you'll taste the complex flavors unique to sprouted flour. While the additional processing from the milling of the grain does away with some of the nutrition, this product could still be beneficial for those who have minor gluten sensitivities or digestive problems with grains. Once you purchase it, be sure to store the flour in the freezer or fridge to maintain its freshness. 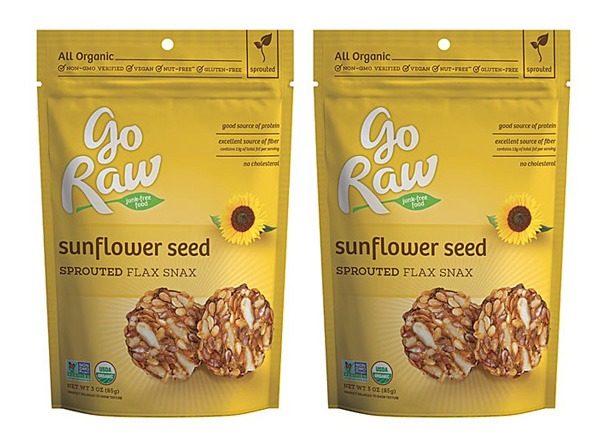 Grab a box of these flax crackers for your next wine and cheese gathering. These crackers are made from simple ingredients like sprouted flax seeds, sprouted sunflower seeds, and sprouted sesame seeds, along with spices. They're naturally gluten-free and rich in omega-3s.

Can I Sprout My Own? 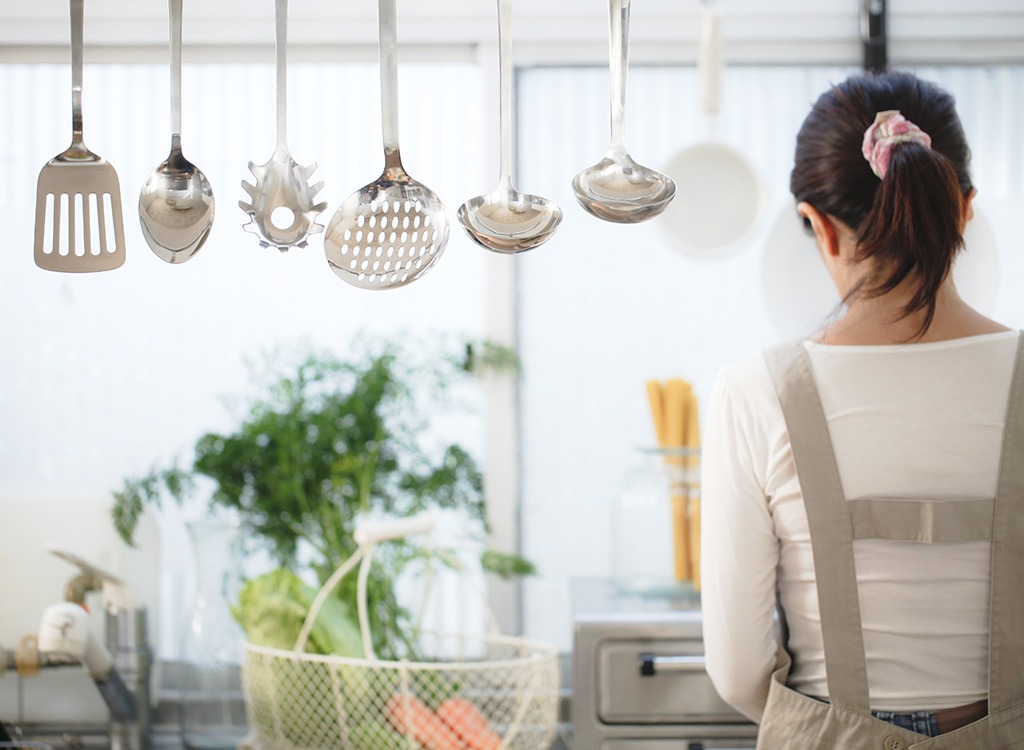 Yes! All you need is 1.) your grain, seed, pulse, or nut of choice, 2.) a mason jar, 3.) a cheese cloth, and 4.) a rubber band. Be sure you're using raw, unpasteurized, whole seeds since the heat of pasteurization prevents the seed from being able to germinate.

Immerse a cup of seeds completely in cold water in a sanitized mason jar (put it through the dishwasher). Place a cheesecloth on top and secure with a rubber band. Let stand for 6-12 hours.

Drain through the cheesecloth and rinse several times, being sure to drain out all the liquid after the last rinse. At this point, the seeds have begun to germinate.

Invert or place jar on its side (put paper towels under the opening in case water drips out) in a warm, dark location.

Rinse the seeds three times a day with tap water and then drain well.

Your sprouts are ready when they have tails about the same length of the seed, which can take between 1 to 4 days. To prevent the growth or consumption of bacteria, the FDA recommends you cook sprouted pulses immediately or store in the refrigerator for up to three days. Sprouted nuts can be used to make nut milk; sprouted chickpeas can be used in a sprouted hummus; sprouted grains, nuts, and seeds can all be dehydrated to snack on later or made into a flour.