Truwhip is Coolwhip Without The Bad Stuff

If you're looking for a creamy pie topper, make sure your whip is free of bad stuff—like Truwhip.

If you've ever been a kid with a sweet tooth, then you know a thing or two about topping your hot chocolate, strawberries, waffles, milkshakes with Cool Whip. Though then you didn't exactly know better, now as a health-conscious adult, it's part of our duties to peek at the nutrition label before eating something so (suspiciously) delicious. What you'd find, as you can imagine, is a whole lot of high fructose corn syrup and artificial flavors. Instead of giving up on the guilty pleasure—we've found a healthier version of Cool Whip and it does the job just as well.

Truwhip, a more nutritious whipped topping, has several main standouts, like the fact that it's not a fake syrupy oil at heart. It has no hydrogenated oils or high fructose corn syrup and its gluten-free, non-GMO and kosher. 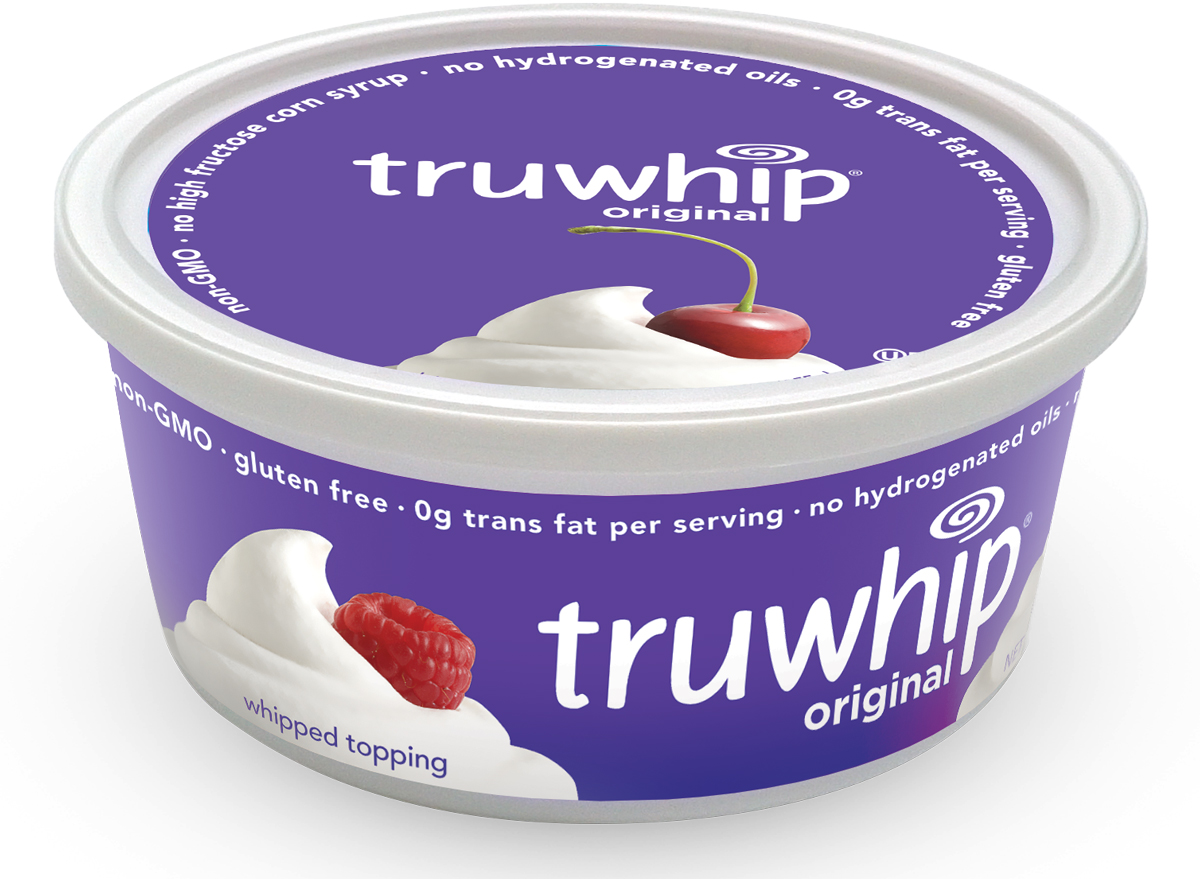 As for its makeup its first few ingredients are water, tapioca syrup, expeller-pressed palm kernel oil and cane sugar—all things our bodies can accept when it comes time for dessert. Cool Whip on the other hand, contains skim milk, light cream; sodium caseinate (the protein in milk); natural and artificial flavor; emulsifiers such as xanthan and guar gums, polysorbate 60, and sorbitan monostearate; sodium polyphosphate (a emulsifier whose main component, phosphate, is linked to higher rates of heart disease, chronic kidney disease, and weak bones when found in high levels in the blood) and the list goes on.

Luckily Truwhip doesn't suck the fun out of the idea of whipped cream either. Reviewers have noted the taste is just as sweet as you'd expect from a Cool Whip—but maybe better. One wrote: "Didn't taste anything like cool whip, which I love. It's got more of a vanilla marshmallow flavor that is perfect with strawberries or on a cup of hot cocoa. The consistency was thick and very fluffy, not oily like many tub creams," another added "This is my favorite whip cream topping! Nothing artificial but is the perfect level of sweetness."

The brand has dropped four versions of the whipped topping, so as the holidays roll in, you can use the sweet stuff for any recipe you're looking to whip up. You can pick from Original, Skinny (which has 5 fewer calories and half a gram less fat per serving), Vegan, and any dessert lovers favorite, Truwhirl—which is squeezable to perfectly top any healthy dessert, like a bowl of berries.