Ugly Side Effects of Not Showering After Exercise, Says Science

Despite what anti-bathers may tell you, here's why you should always hit the showers after sweating.

We're not sure exactly when it happened, but all of a sudden it's weirdly trendy not to bathe. Most recently, the actor Jake Gyllenhaal caused something of a stir when he told Vanity Fair that he finds "bathing to be unnecessary at times." "I do believe, because Elvis Costello is wonderful, that good manners and bad breath get you nowhere. So I do that," he said, "But I do also think that there's a whole world of not bathing that is also really helpful for skin maintenance, and we naturally clean ourselves."

His admission, which naturally caused something of a fuss across social media, came soon after Kristen Bell and Dax Shepard copped to only "waiting for the stink" before they take a sponge to their children, and Ashton Kutcher and Mila Kunis confessing that their little ones need to be visibly dirty before they're getting a bath.

One notable exception to non-bathers, however, is Dwayne Johnson, who took to twitter to defend his hygiene habits. ("I'm the opposite of a 'not washing themselves' celeb," he revealed. "Shower (cold) when I roll outta bed to get my day rollin'. Shower (warm) after my workout before work. Shower (hot) after I get home from work. Face wash, body wash, exfoliate and I sing (off key) in the shower.")

Now, for what it's worth, the non-bathers aren't exactly coming from nowhere with their claims. Science has shown in the past that we, as a culture, may indeed be over-bathing ourselves. However, in the category of health mistakes—setting aside climate concerns—it's a fairly low-risk thing to do. "Overcleaning your body is probably not a compelling health issue," write the experts at Harvard Medical School. "Yes, you could be making your skin drier than it would be with less frequent showering. This is not a public health menace. While there is no ideal frequency, experts suggest that showering several times per week is plenty for most people. Short showers (lasting three or four minutes) with a focus on the armpits and groin may suffice."

The one exception to all of this, however, is if you've just exercised. If you're grimy or sweaty, it's absolutely essential that you bathe yourself, or else you'll run the risk of all sorts of dermatological conditions. Read on to learn about some of the things that will happen to your body if you don't shower after a workout. And for more on proper hygiene, make sure you read up on why You Shouldn't Shower at This Time of Day, Say Experts.

You'll Be at Risk of More Skin Infections

Skin infections are largely "caused by the build-up of bacteria on the skin that doesn't get washed off during showering," Emeka Okorocha, M.D., a celebrity doctor based in the UK, recently told Glamour UK. "If there is injury to any of the skin layers, this can cause frequent skin infections leading to cellulitis. Cellulitis can be prevented, but if it is one of the more severe cases it has to be treated by antibiotics."

In other words, the bacteria gets mixed in with the sweat, and if you hurt your skin in any way, it's far more likely to get infected.

What's more, that bacteria will make you smell. "When bacteria on our skin digest the contents of our sweat, they produce byproducts that release an odor," Arash Akhavan, MD, FAAD, founder and owner of The Dermatology & Laser Group in New York, explained to Bustle. "These bacteria are most prevalent in our underarms, groin, and feet making them the smelliest areas of all." And however often you choose to bathe, do yourself a favor and make sure you're getting The 8 Body Parts You're Never Washing Enough, Say Dermatologists.

You'll Be at Greater Risk of These Skin Conditions

If you don't shower after working out, consider acne, eczema, and psoriasis among some of the unwelcome conditions that you'll expect. Also, you'll be "putting [yourself] at risk of dermatitis neglect and developing plaque on the skin," says Okorocha. "Hyperpigmentation can also occur when you don't wash off dead skin cells which stick to your body changing your complexion. Although this condition can take weeks, or even months, to set in, it can also lead to a bad smell and is one of the early warning signs of more serious issues."

Akhavan notes that you can experience acne-like side effects that are actually worse than acne. "Although sweat itself doesn't usually cause the most typical forms of acne, sometimes our sweat can mix with bacteria such as staphylococcus aureus (staph bacteria) and certain types of yeast called pityrosporum and cause inflamed follicles that can appear as acne-like lesions on our face and torso," Akhavan explains.

"While swapping out your sweaty clothes for clean clothes is a good way to protect yourself from a yeast infection, the best way to prevent it is by taking a shower ASAP," dermatopathologist Dr. Gretchen Frieling, explained to FabFitFun.

You'll Be at Greater Risk of Sunburn

This is from the category of weird-but-true: When you've been sweating a lot, your body isn't as protected from the sun's UV rays. "When we sweat, there is reduced UV protection," explains Okorocha. "So, during the summer months particularly, make sure that you are showering the sweat off your body or at the very least put on some extra [sunscreen]." And for more healthy living advice, don't miss the Surprising Habits That Cause Lasting Damage to Your Body, Says Science.

You'll Be at Greater Risk of Athlete's Foot 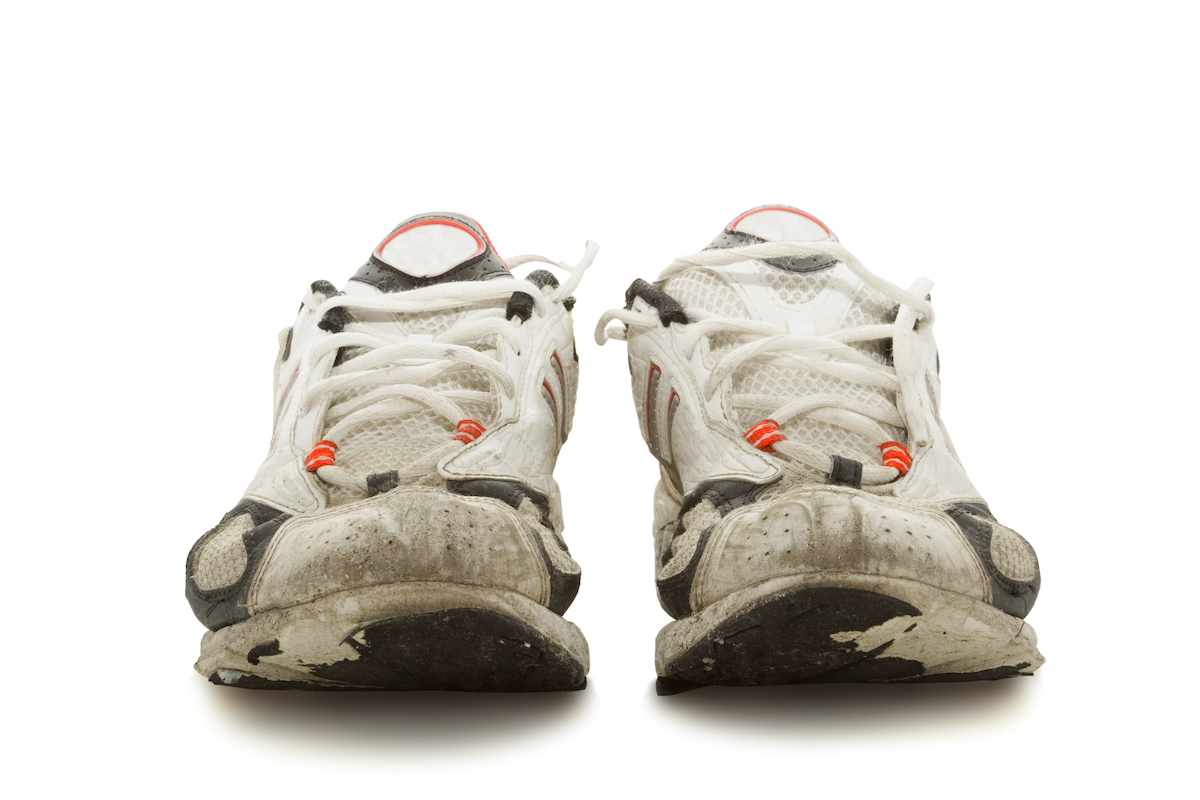 If you're not aware, athlete's foot is a fungal infection of your feet that manifests itself in the form of itchiness, cracked skin, burning, and pain. Severe cases of it can cause blisters—and even more pain. "Another area that traps sweat and bacteria is your feet," noted Frieling. As such, one of the surest ways of avoiding athlete's foot is changing out of your sweaty shoes—and hopping into the shower—immediately after a workout. And for more on the science of bathing, see here for What Happens to Your Body When You Take a Cold Shower, Says Science.