The #1 Worst Menu Item at Chipotle

Despite the nacho-great news about the chain, you can eat healthy at Chipotle—unless you order this gut bomb.

Chipotle has had its share of bad PR lately, still recovering from the e. coli scare, dropping share prices and a competitive "fast casual" market. And although its possible, even easy, to enjoy a healthy meal at this onetime favorite—we've rounded up some impressively delicious nutritionist-approved orders—the researchers at Eat This, Not That! also wondered: What's the #1 Worst Menu Item at Chipotle, when it comes to nutrition? Read on to discover the culprit. And click here to discover The One Popular Chain Restaurant That Gets an F!

The fat and meat choices make this one of the worst Chipotle combos. Sour cream, cheese, guac and pork contribute to 51 grams of fat, and even without the salt-laden white tortilla, this bowl still has 89 grams of carbs and 1,970 milligrams of sodium. You might as well get a burrito. (But don't.) 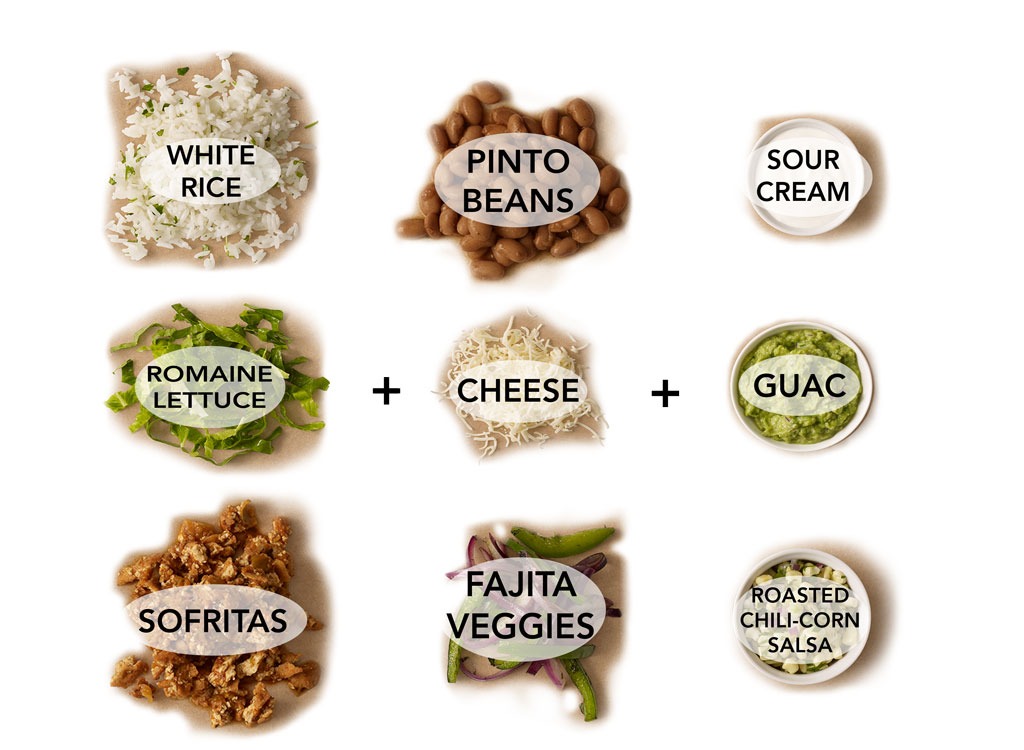 This is by far one of the worst options. In fact, these soft-flour tacos are a health disaster. They're sky-high in fat, carbs and sodium—nearly two days' worth of salt, to be exact—and contain 14.5 grams of sugar! According to a 2015 article in Nutrition Review, which surveyed dozens of studies conducted between 1972 and 2012, the more added sugar you consume, the less healthy food you'll eat the rest of the day. Steer clear, unless you want man boobs!

This fully loaded burrito has just under two days' worth of salt, six days' RDA of saturated fat and nearly an entire day's recommended allowance of fat! Not to mention that it serves up more carbs than you'd find in nearly eight whole-grain dinner rolls! Although almost everything in this burrito is carb-heavy, the tortilla (46 grams) and white rice (40 grams) tip the scales. 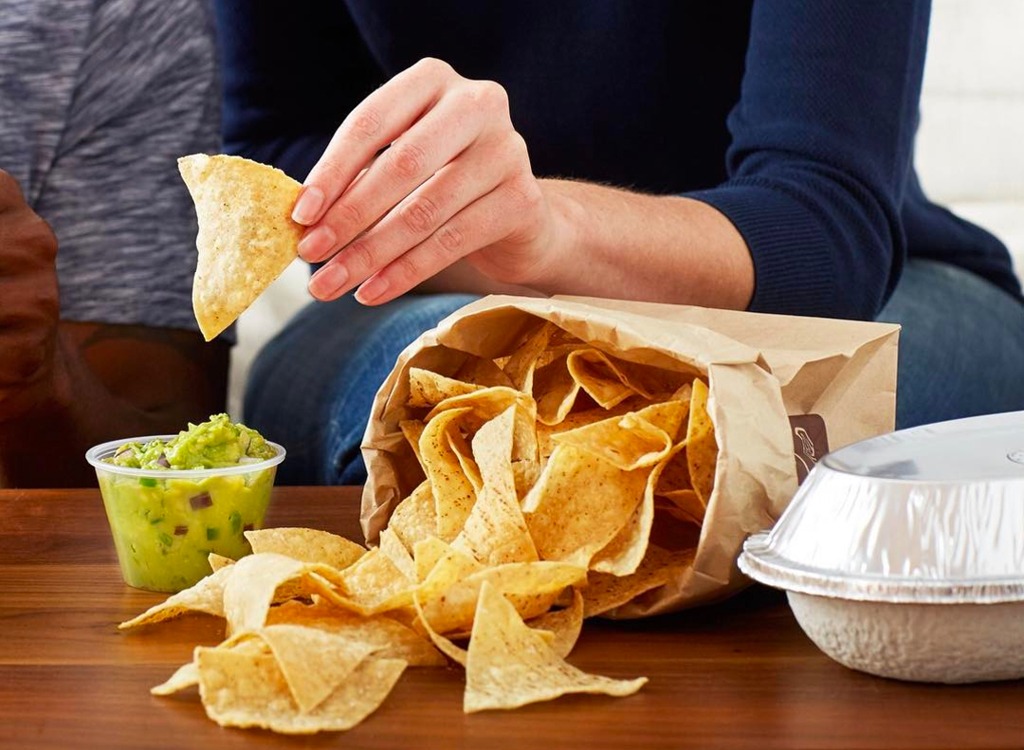 Oh, we so want to tell you to eat the chips. But there's the truth is, they have 8 more calories than a Big Mac, with only 5 grams less fat and twice the carbs—and a third of the protein. You'd be better off dipping some chicken into a half-order of guac. Hey, that sounds pretty good right about now!

And the #1 Worst Menu Item Is… If you're an avid eatthis.com reader, you know that the word "salad" can be a trick. So you won't be shocked to learn that the worst Chipotle salad has more calories than the worst tacos and bowl — and more fat than the worst combo in all three prior categories! With 114 grams of carbs and 22.5 grams of saturated fat, the salad's whopping 56 grams of protein won't benefit your body. (Think that's bad? Read this to discover the 40 Most Horrifying Things Found in Fast Food!)

Eat This, Not That!
Inspired by The New York Times best-selling book series, Eat This, Not That! is a brand that's comprised of an award-winning team of journalists and board-certified experts, doctors, nutritionists, chefs, personal trainers, and dietitians who work together to bring you accurate, timely, informative, and actionable content on food, nutrition, dieting, weight loss, health, wellness, and more. Read more about Eat This
Filed Under
Chipotle // Fast Food // Restaurant Chains