The 10 Absolute Worst Things to Eat When You're Starving

So hungry you could eat a horse? You probably shouldn't. But that's not the only thing you shouldn't eat when you're ravenous.

When deadlines are fast approaching and you have a long list of errands to get through, we often put refueling our bodies on the back burner. As a result, hunger rises with a vengeance and causes us to act in irresponsible ways. (Either by scarfing an entire pint of ice cream or accidentally telling your coworker that you don't want to listen to her raving about her new Instant Pot.) Although the latter can be remedied with a simple apology, the former is much harder to ameliorate. Studies have shown that leaving too much time between meals, or skipping meals entirely, can make us more likely to overeat and indulge in high-energy snacks. The result is usually bad news for your belly.

Although we don't recommend skipping out on a snack, thinking it's OK to eat any food that appears in front of your face is another serious mistake. Eating or drinking these foods and beverages will not only leave you feeling hungry, but some may also rev up your hunger, and others can irritate your empty stomach. If any of these foods appear in the wild, pass and look for one of these 10 Best Things to Eat When You're Starving instead.

Ever wonder why you can feel completely stuffed after dinner and then manage to finish dessert? It's due to a phenomenon known as sensory-specific satiety, which is the tendency to fill up on one flavor of food, but only feel like you've satisfied that one part of your stomach. As a result, your appetite persists and you still feel hungry for other types of food. That's exactly what happens when you indulge in salty snacks like chips. Your body feels full on the salt front, but it still craves the sugar and glucose that it needs for energy. And you're left still hungry.

Orange juice fails in three ways when it comes to satisfying your hunger. For starters, a recent study in the journal Nature found liquid carbs to be 17 percent less filling compared with solid carbs. So, as a general rule, you're better off eating something if you're trying to satisfy your hunger than drinking something. Secondly, juices are devoid of any fiber—the macronutrient that helps to slow your body's digestion of simple sugars. As a result, drinking juice will spike your blood sugar, leading to a short-lived satisfaction and devastating crash that leaves you hungrier. Finally, oranges are highly acidic, "so they can cause heartburn or make acid reflux symptoms worse, especially when consumed on an empty stomach," explains Alissa Rumsey MS, RD, spokesperson for the Academy of Nutrition and Dietetics. 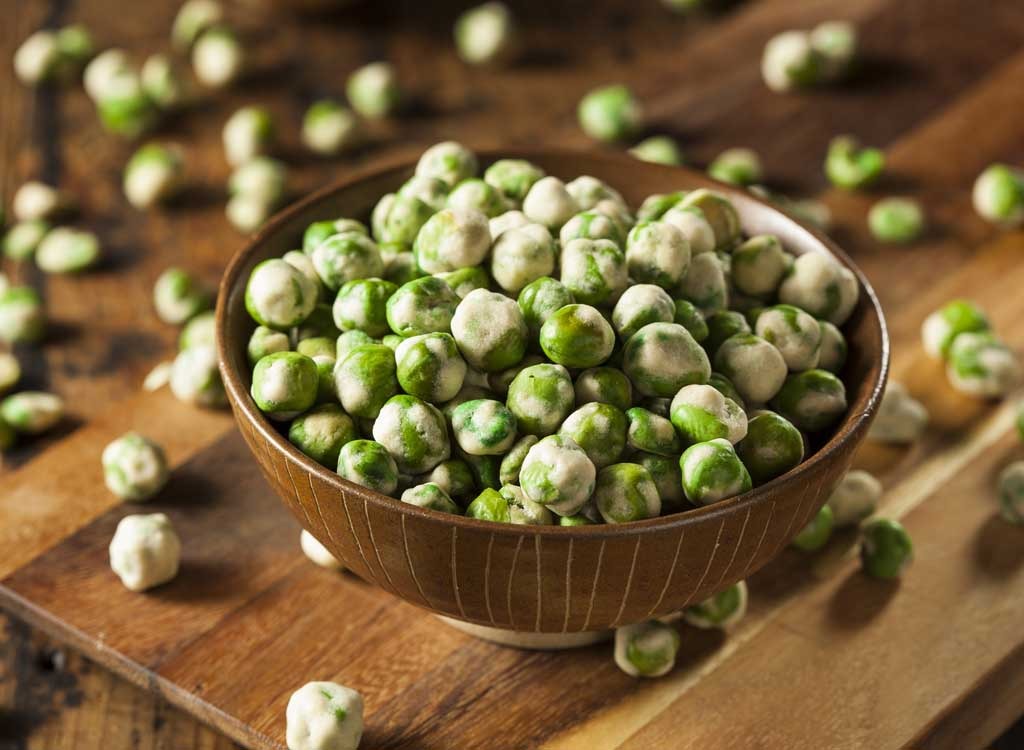 Kicking up the heat on an empty stomach is recipe for an irritated digestive system. Your stomach naturally increases production of digestive stomach acids in anticipation of a meal. When you eat spicy foods, it can irritate your stomach lining. Sorry, but you may have to put Wing Night Wednesday on hold if you had to skip lunch.

You might think to reach for a cuppa because you've heard caffeinated beverages are appetite suppressants, but it's not your best bet. Coffee causes your stomach to produce even more acid when you drink it, which will increase the amount of inflammation in your stomach lining. It can also result in feelings of discomfort, bloat, and nausea.

They're crunchy and make you feel like you're eating air, but rice cakes won't do much for you nutritionally or in terms of increasing satiety. This simple-carb snack ranks notoriously high on the glycemic index (GI) — a measure of how quickly blood rises in response to food on a scale of one to 100. And rice cakes come in at 82. High GI foods provide a rush of energy, which may help tide you over if you're about to eat a meal, but ultimately cause excessive hunger and increased activity in craving and reward area of the brain, according to researchers at the New Balance Foundation Obesity Prevention Center. It's the perfect storm for overeating and weight gain. 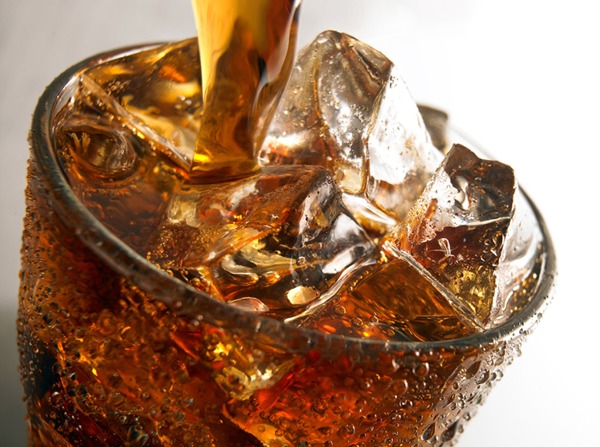 No, it won't even be good to "tide you over" until your next meal. "Diet" drinks or any snack that's sweetened with artificial sweeteners will likely play no role in helping to rid your body of its hunger pangs. Artificial sweeteners—such as aspartame, acesulfame K, sucralose, and saccharin—have been scientifically shown to trigger your sweet receptors, make your body think you're about to get sweet energy, and rev hunger with no reward. 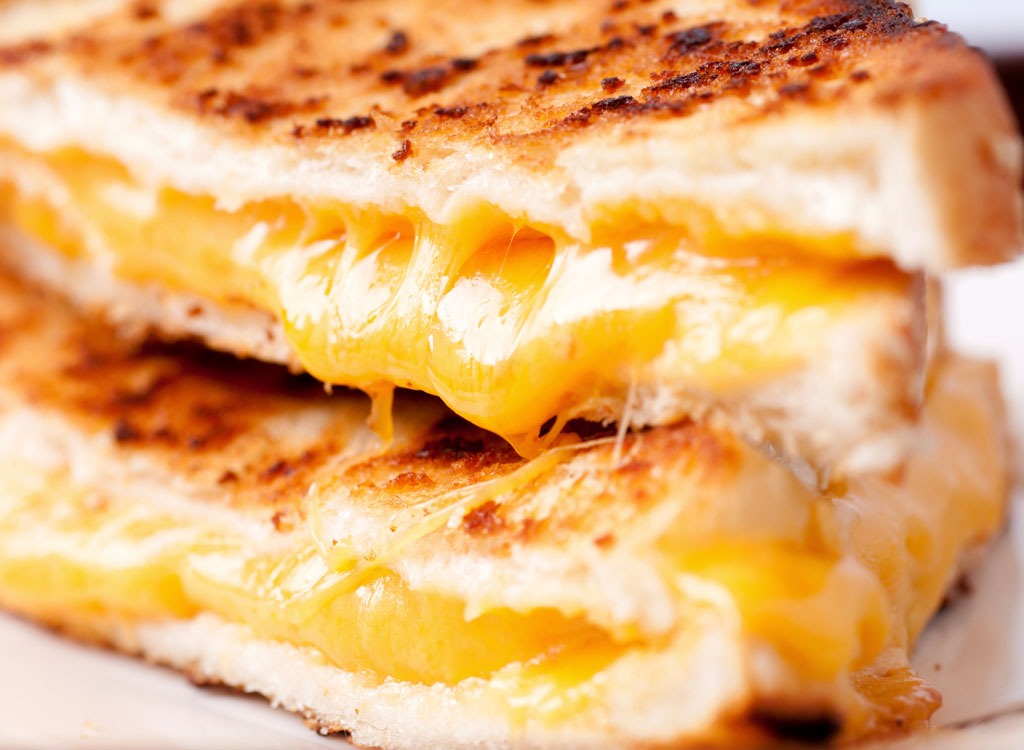 When you feel hungry, it's likely because your body is experiencing low blood sugar levels and needs a jolt of energy. The best way to get this is by consuming something with carbs (which break down into glucose), but also food with fiber and protein to help you sustain these energy levels longer. Unfortunately, not only is cheese seriously lacking in any carbs that will help fuel your brain and decrease feelings of hunger, but Julieanna Hever, MS, RD, CPT, explains that it's one food that makes you hungrier. "Cheese is full of protein compounds called casomorphins, which cause an opiate-like addictive response when eaten," she tells us. Combined with its high amount of salt, eating cheese will just make you crave more and more of it.

"Many [people] try chewing gum to take their mind off eating food. Unfortunately, this trick doesn't usually work," comments Lisa Hayim, MS, RD. "The chewing action actually tricks your body that food is coming down," she explains, which results in your stomach initiating the preparation of gastric juices. But when no food comes down, your stomach really begins to churn and grumble, which can cause pain and making you more conscious of your need to eat. 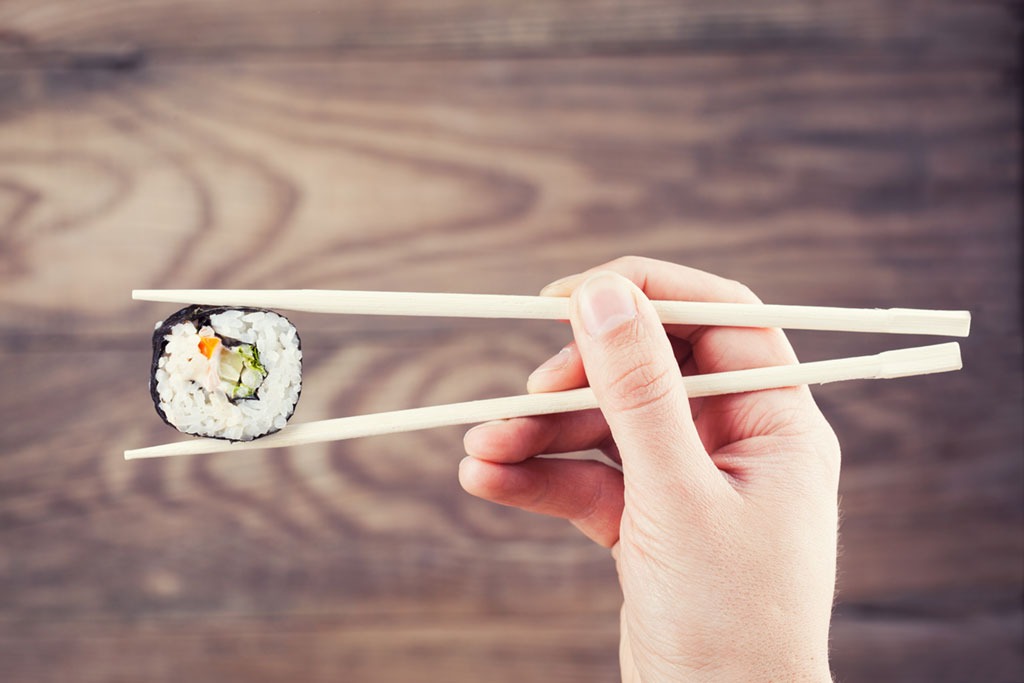 Have you ever gone out for a sushi dinner only to stop by a pizza place on your way home? Sushi is one of the worst choices to make when you're hungry for two reasons: One is that it's primarily make up of white rice, which is highly refined, devoid of any satiating fiber, and thus rapidly digested. And two is that you likely dip your roll in super salty soy sauce. High-sodium foods cause you to feel thirsty and becuase thirst is often mistaken for hunger (it's one of the 30 Reasons You're Always Hungry), you're likely going to feel even hungrier after eating. 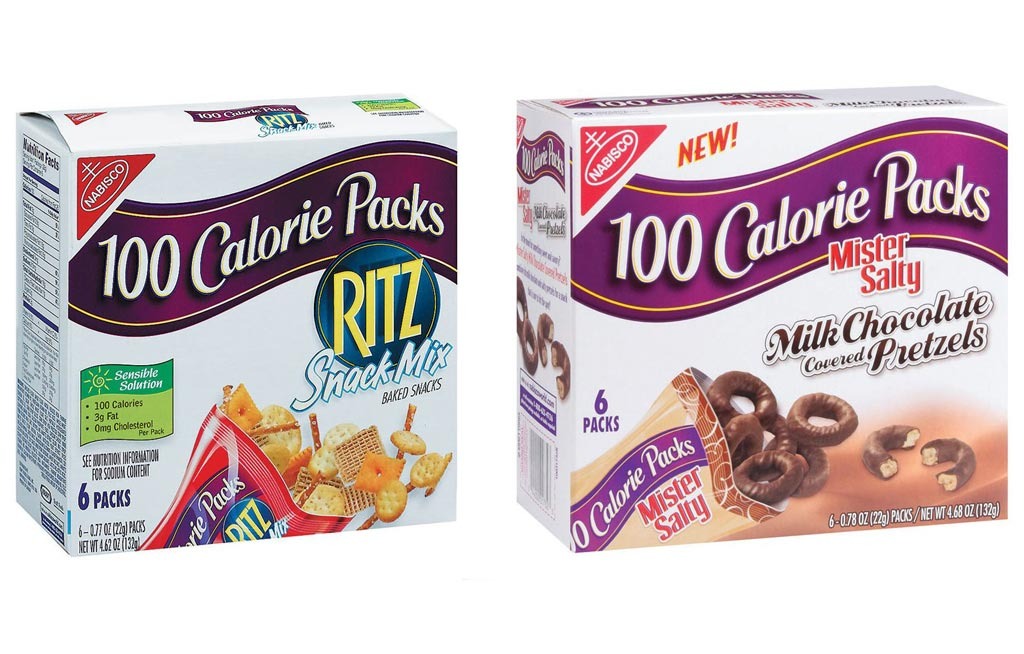 They sound like the perfectly portioned snacks, but don't fall prey to false advertising. A 2016 study published in the journal Food Science and Nutrition discovered that calories consumed doesn't always predict satiety. In other words, your stomach doesn't feel full just because you ate a certain number of calories. (Other research actually suggests that the volume of the food you eat, like eating popcorn vs. chocolate, will influence how full you feel.) Therefore, reaching for a tiny packet of cookies won't always fill you up—and may actually make you eat more. A recent study in the Journal of Consumer Research found that dieters perceived small snacks in small packages as diet-friendly and ended up eating multiple packets and more calories overall than when given a regular-size package. Add that to the list of 50 Little Things Making You Fatter and Fatter.