Sometimes, your sweet tooth needs to be satisfied and a scoop of ice cream can do the trick. Just don't buy the worst option!

Ice cream isn't necessarily the healthiest snack choice around, but that doesn't mean you shouldn't treat yourself to a little something sweet when the craving hits. The problem with taking a trip down the freezer aisle is that there are truly so many ice creams out there. All those choices can be overwhelming for anyone—but that's where the classics come in. Sometimes, a scoop of plain vanilla ice cream will do the trick.

Vanilla ice cream is a no-frills option that will easily satisfy your sweet tooth. And think about it—vanilla ice cream is versatile, as you can add just about anything to it and it will taste even better. Plus, you're in control of the toppings, so you can keep a close eye on just how much sugar you're consuming. But there are some vanilla ice cream pints that are better for you than others when looking at the number of calories and the amount of sugar per serving. 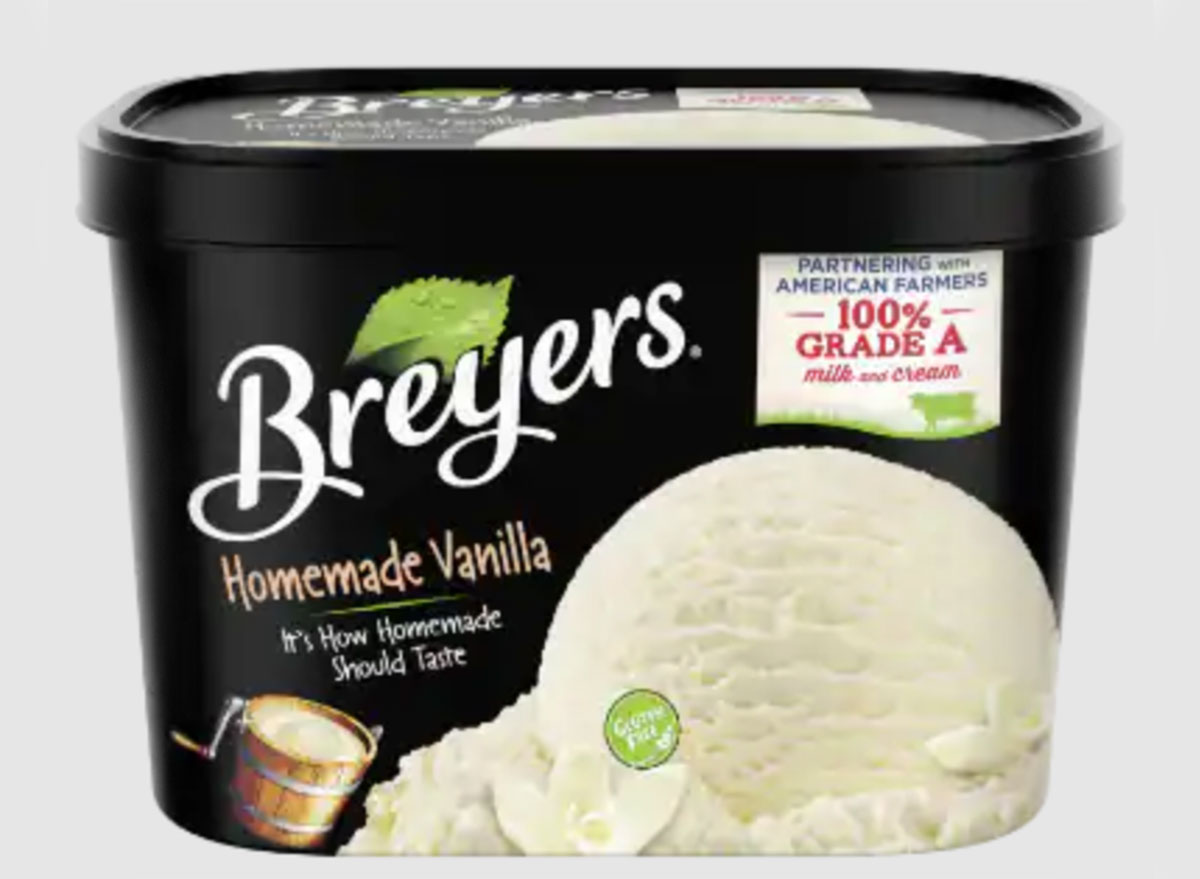 When it doubt, it's best to stick with the classic. Breyer's Homemade Vanilla might bring on a wave of nostalgia, and in this instance, a childhood favorite is a solid choice. One serving is coming in at 180 calories and 18 grams of sugar. It's important to keep in mind that The American Heart Association recommends men should consume no more than 36 grams of added sugar per day, and women shouldn't have more than 25 grams. So as long as you're careful with your added sugar intake the rest of the day, enjoy your bowl of Breyer's. 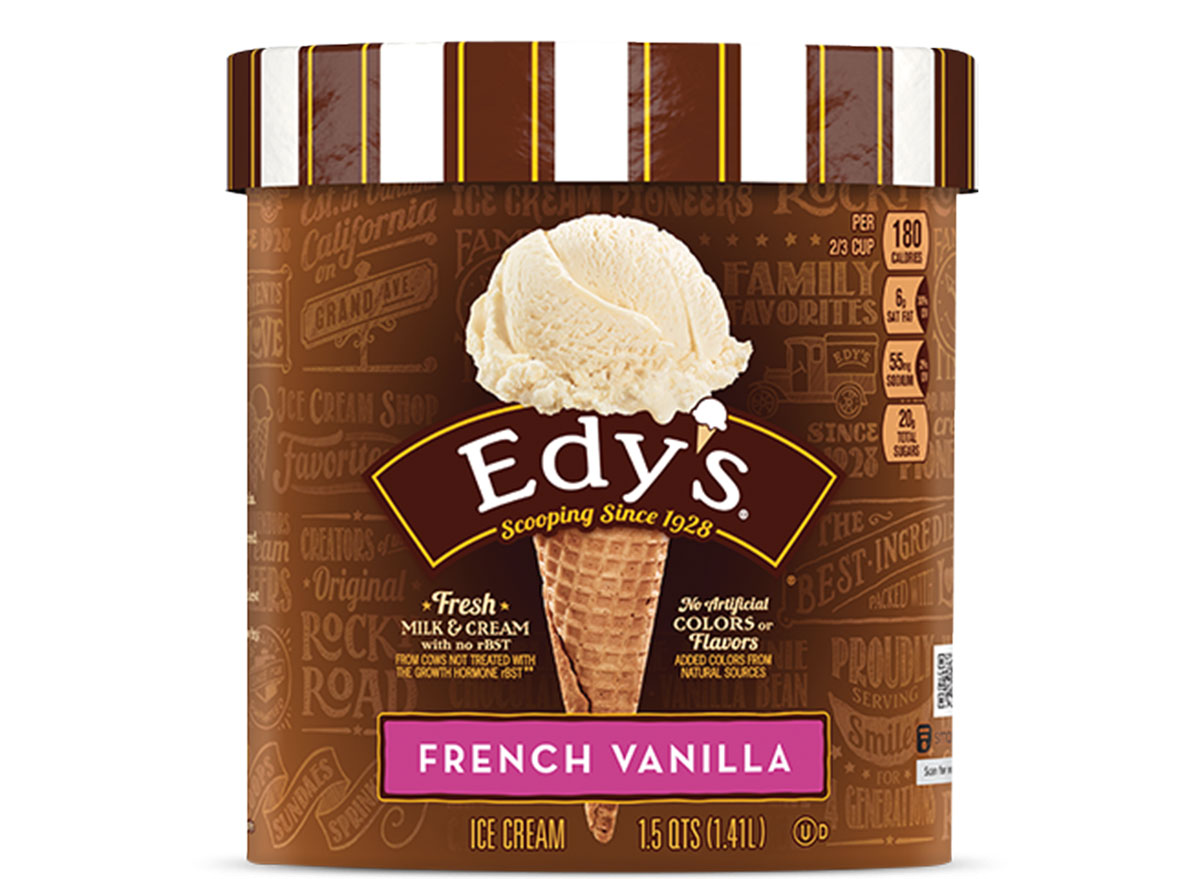 One serving of Edy's French Vanilla is also coming in at 180 calories but with slightly more sugar, at 20 grams. That's equivalent to two Original Glazed Krispy Kreme donuts, so again, stick to the serving size. 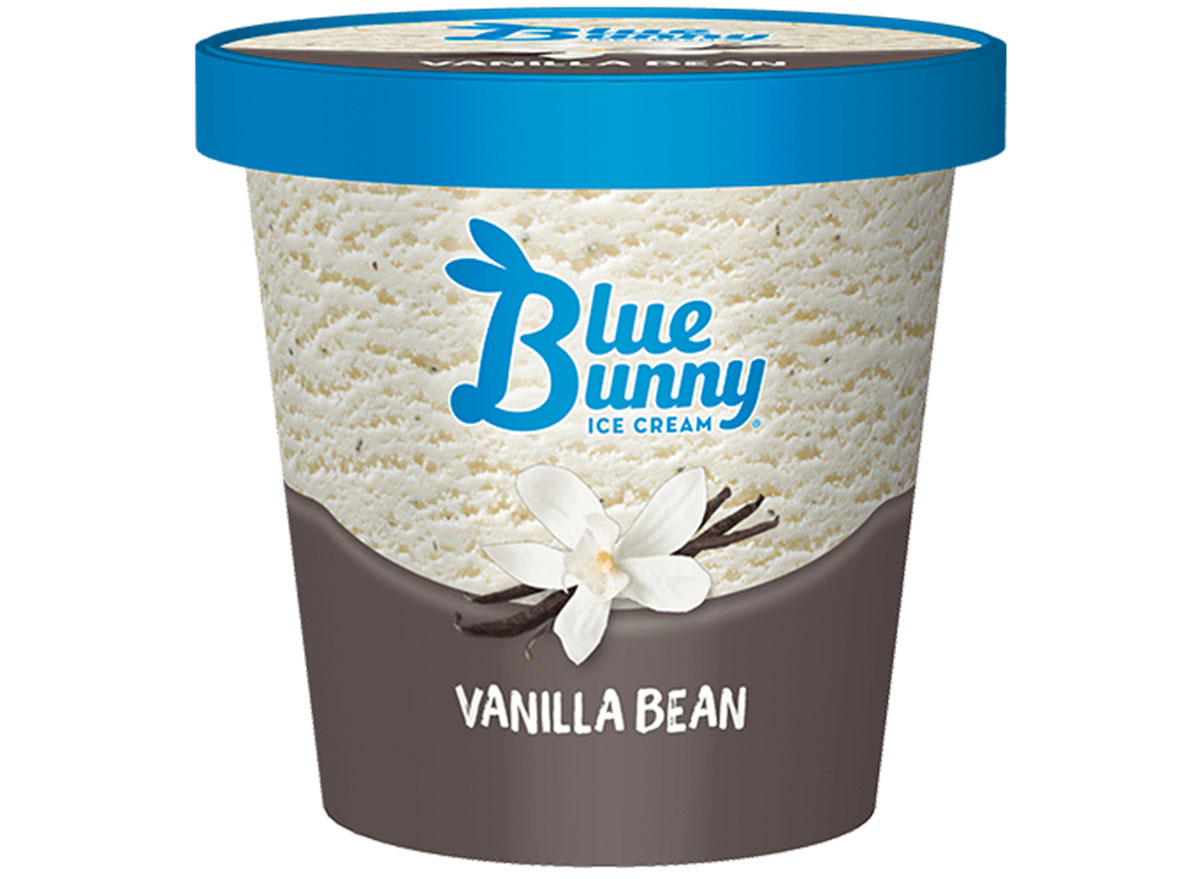 Blue Bunny's vanilla bean is packing the same amount of sugar per serving at Edy's, but is slightly higher in calories. So if Blue Bunny is your favorite, be sure to make this pint last and eat it slowly! Or you could always buy Blue Bunny's Sweet Freedom Vanilla flavor, which is the reduced-fat version that doesn't have any added sugar.

Looking to cut back on your sugar intake? Check out the science-backed way to curb your sweet tooth in 14 days. 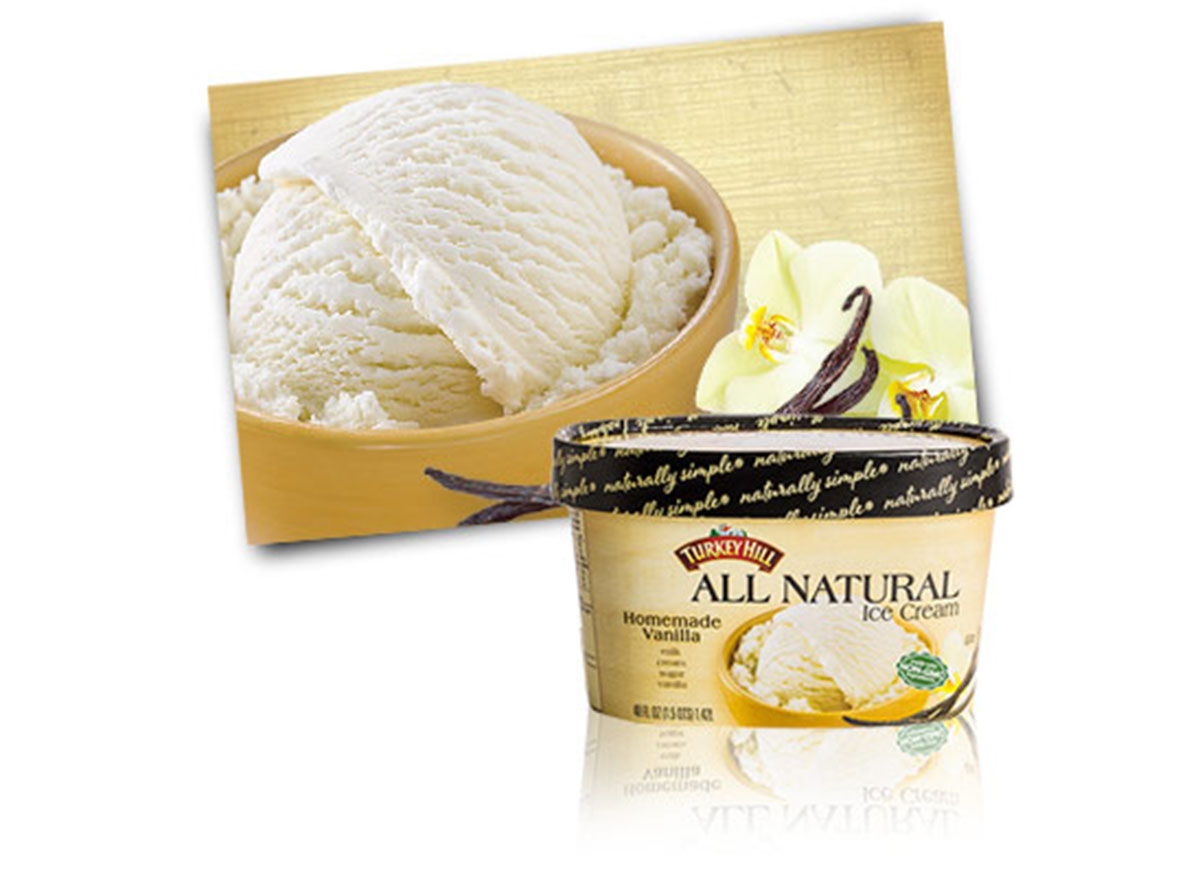 Turkey Hill's homemade vanilla falls in the middle of the pack. It's slightly higher in calories and fat than Blue Bunny, so just be mindful if you want to add on toppings. You can never go wrong with mixing in some fresh fruit! 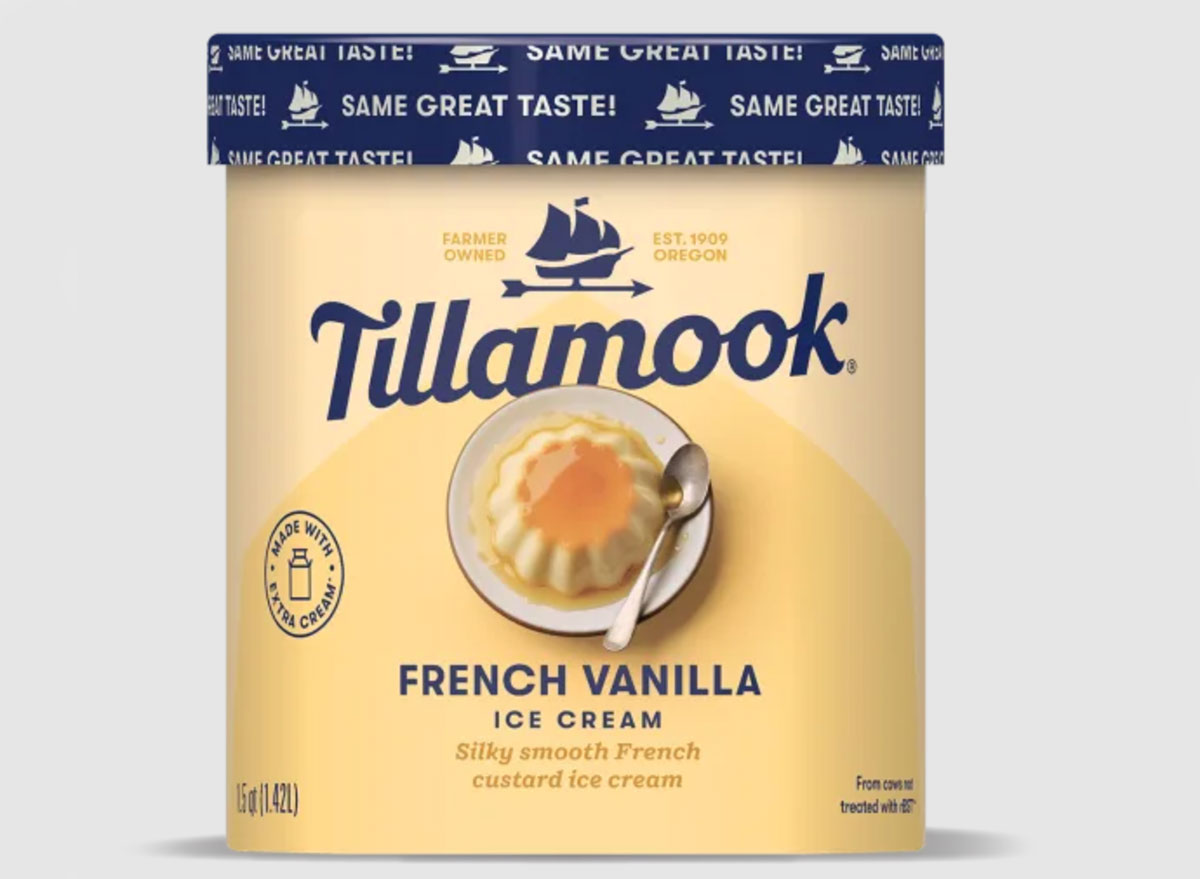 Tillamook's ice cream is definitely more decadent than other pints you'll find in the grocery store, as it's made with extra cream. And with all that comes one serving that is packing 24 grams of sugar. 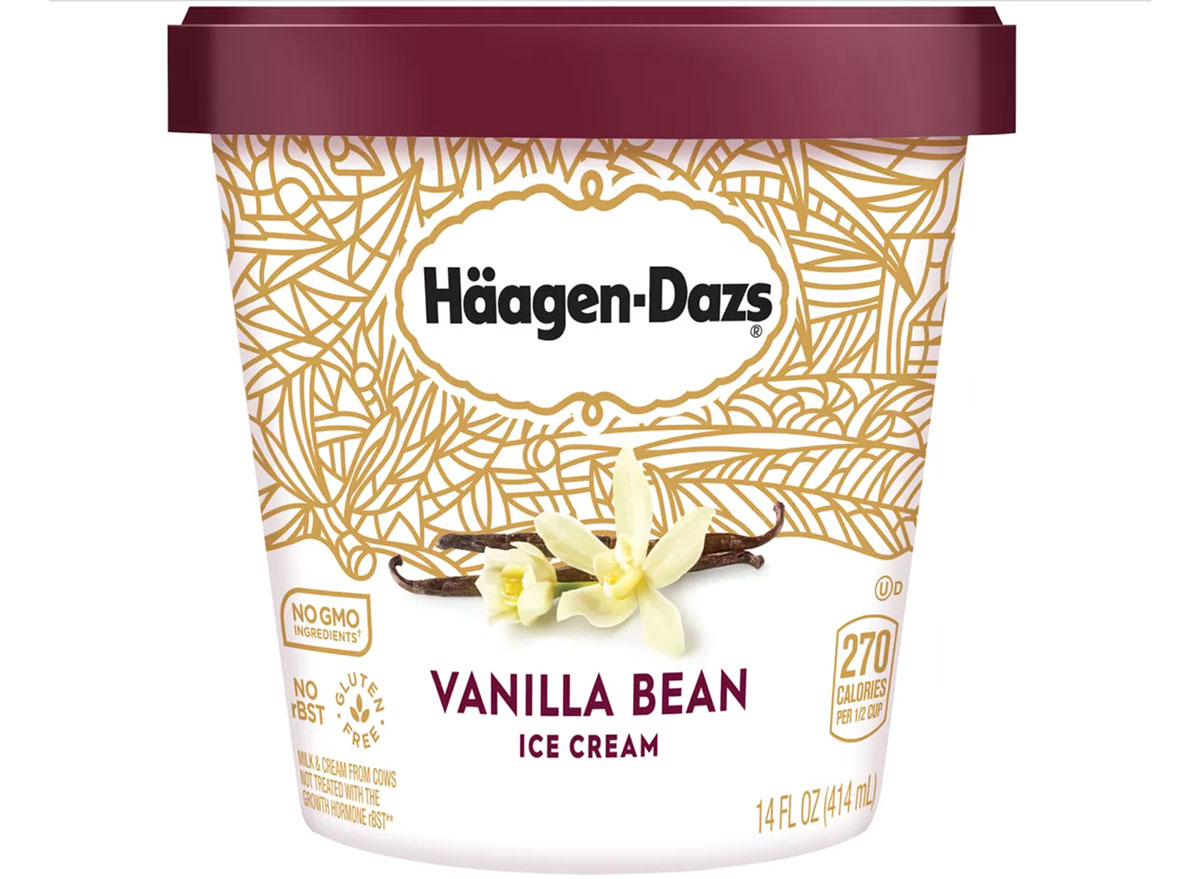 Häagen-Dazs' vanilla bean flavor is packing the same amount of sugar as Tillamook but is higher in calories at 270 per serving. It's also much higher in fat and saturated fat. Yikes. 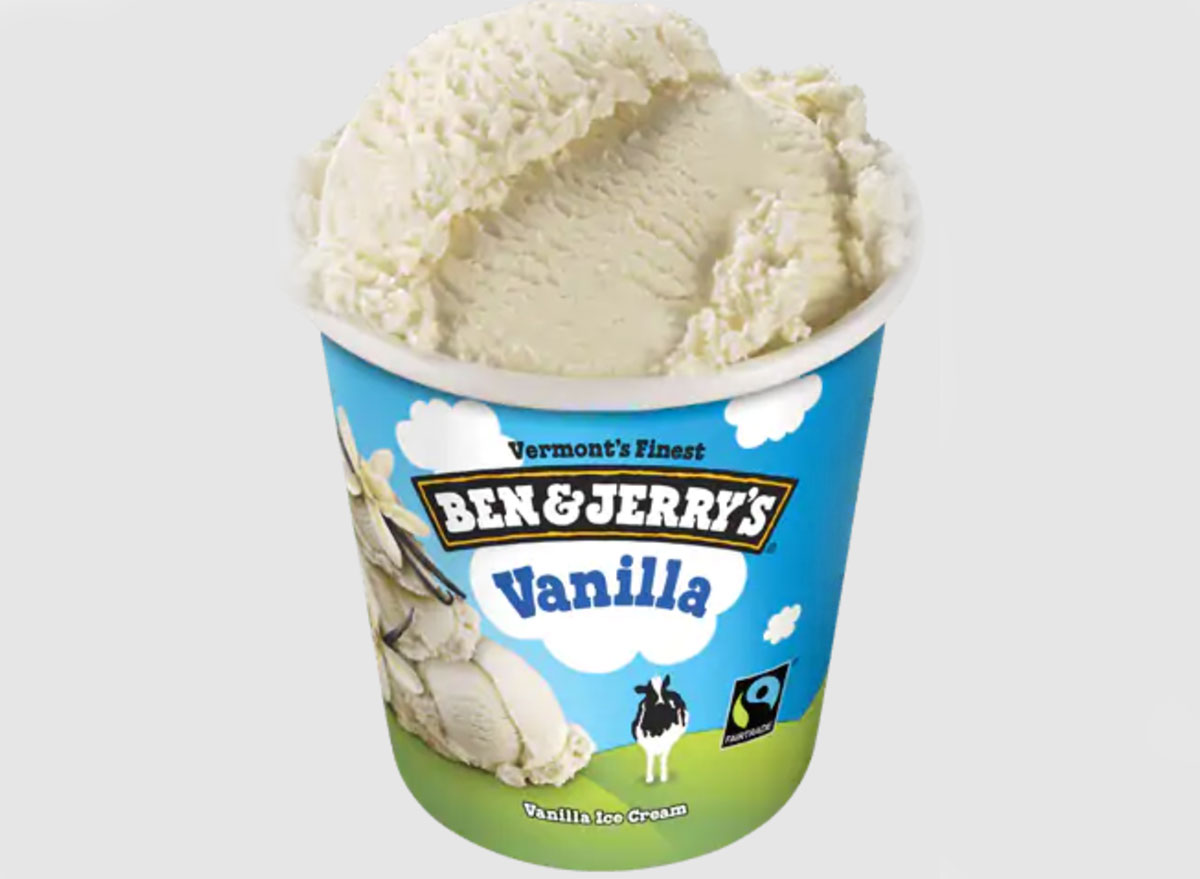