8 Best Foods for Your Sperm

Ever look around at our planet and think, "This place could really use more people"? If you're ready to roll up your sleeves and take on the job, you're going to need the healthy sperm required to start the process.

One of best ways to ensure your swimmers are of Olympic quality is to introduce certain nutrient-rich foods to your diet. Researchers found that both fertile and subfertile men had an increased sperm count after supplementing their diet with zinc and folic acid. We've compiled a list of foods for sex that are high in those two nutrients, along with several other foods that science has shown are likely to support fertility. Now go forth (to the farmers' market) and multiply!

Because It's: High in Folic Acid

This sticky, salty yeast extract spread looks like tar and has a unique and powerful odor all its own. Even its British manufacturers admit that Marmite — typically spread on hot buttered toast at breakfast — is an acquired taste. (Indeed their marketing slogan is "Love It or Hate It.") But if you love the idea of passing on your genes, you may want to give it a try. According to the USDA Nutrient Database, yeast extract tops all foods in folic acid content. One small schmear of Marmite (around 4 grams) packs a whopping 100 micrograms (µg) of folic acid, or 25% of your recommended daily allowance. Once smuggled into the U.S. by the families and friends of British expats, Marmite can be found at Whole Foods and Amazon.

Because They're: Loaded with Zinc

These mollusks have long had a reputation as an aphrodisiac, and because of their chart-topping zinc content, they'll boost the chances of having tip-top sperm. Eight medium oysters (around 100 g), eaten raw on the half shell, have more than 39mg of zinc — almost four times your RDA! (The same serving size of canned oysters boasts more than double the amount of zinc.) Your body stores the mineral, so having one 100 g serving of oysters per week should be sufficient to keep your levels up.

Because It: Increases Circulation

Dark chocolate's high antioxidant content is right up there with the celebrity superfoods acai, blueberries, cranberries and pomegranates. It actually has more polyphenols and flavonols — antioxidants that fight free-radical damage — than any of them! By preventing and repairing cellular damage, polyphenols and flavonols promote heart health. Free-radical damage is thought to be a major factor in male infertility, and if your heart health is top-notch, the increased blood flow certainly won't hurt things downstairs.

Because They're: High in Zinc and Folic Acid

Good news for Seinfeldian cereal addicts: After oysters and Marmite, the USDA lists fortified cereals as having the highest amount of zinc and folic acid. Of the cereals on our list of the Best Breakfast Cereals for Weight Loss, Wheaties has 10 g of zinc per serving and Kix has just over 5. Both cereals have nearly 100% of your RDA of folic acid. Just stay away from the sugary stuff you loved as a kid, or you'll be looking at a dad bod in the mirror.

Because They: Supercharge Sperm

Noted brain boosters, walnuts benefit your body from stem to stern. In a 2012 study printed in the journal Biology of Reproduction, researchers fed participants 75 g of walnuts for 12 weeks; at the end of the period, those consuming nuts had significantly improved sperm quality and motility, while those who didn't saw no improvement. Why? It could be walnuts' high levels of omega-3 fatty acids and antioxidants, which improve blood flow to the sexual organs. Around eight walnuts a day is enough to get sperm ready for the big event. For this and other reasons, walnuts are one of the Superfoods You Should Eat Every Day!6254a4d1642c605c54bf1cab17d50f1e 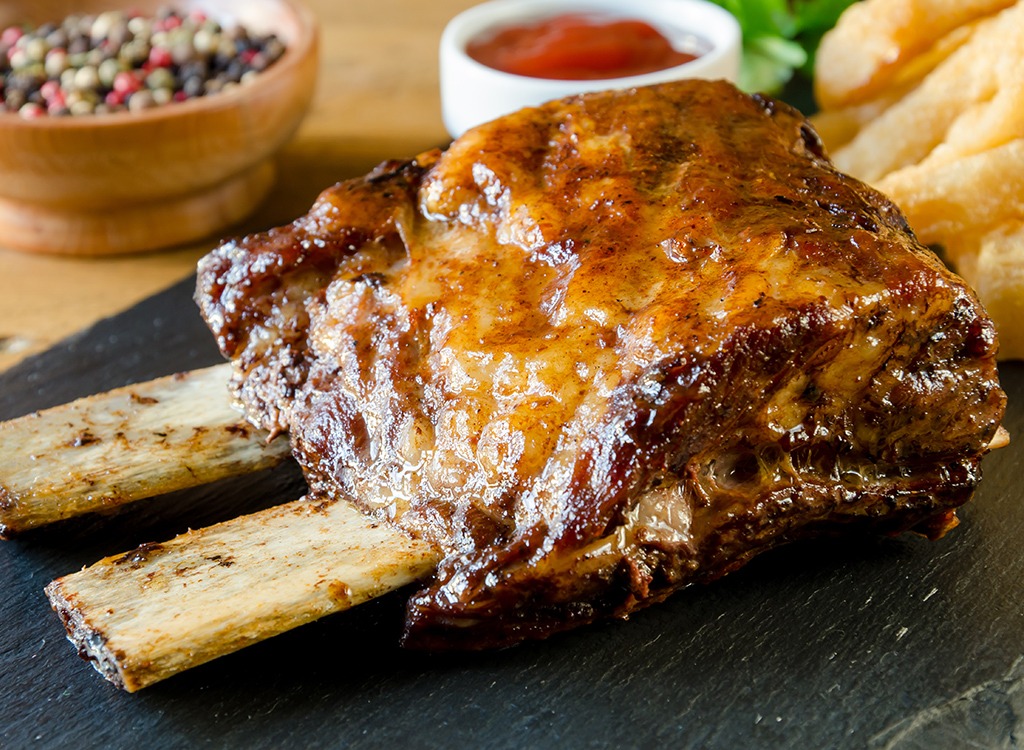 Because They're: High in Zinc

If you're looking to beef things up downstairs, barbecue up some lean short ribs. According to the USDA, they contain the highest zinc content among meats. A 7 oz serving contains almost 25 mg, or 227% of your RDA! When choosing beef, always opt for grass fed. It contains fewer toxins and is naturally leaner than the usual stuff you find in the supermarket. 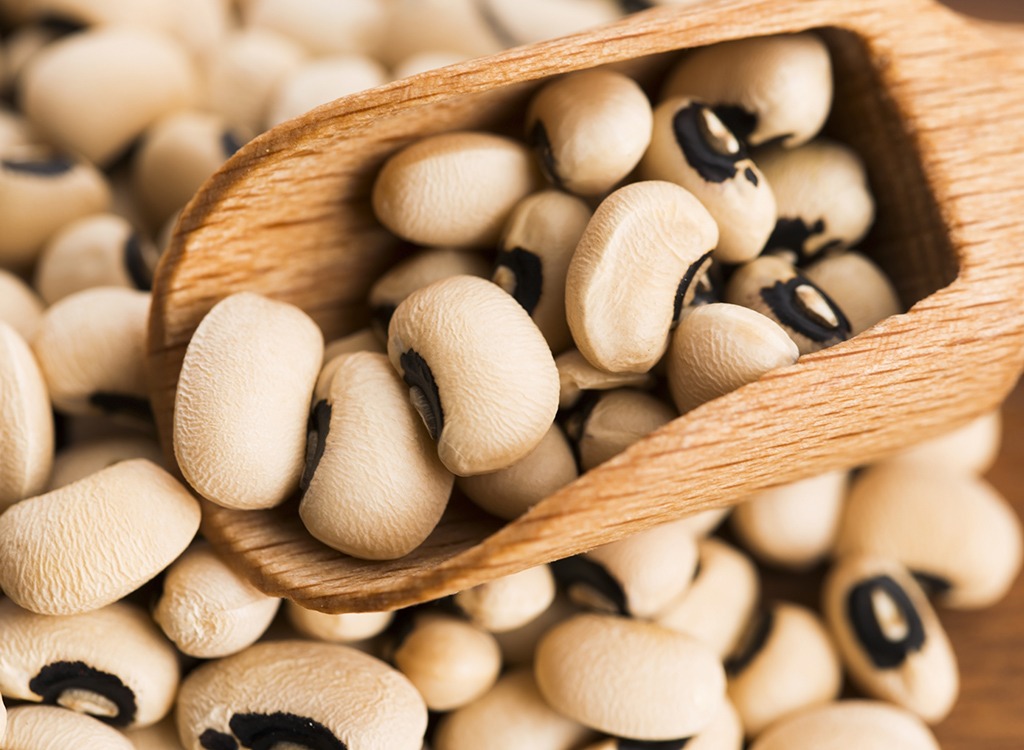 Because They're: High in Folic Acid

A deficiency in folic acid can cause an increase in sperm with chromosomal abnormalities. When it comes to increasing your intake of the nutrient, black-eyed peas are a no-brainer. A half-cup serving contains 208 µg of folic acid, more than half your RDA. Bonus: Although called a pea, they're actually legumes, which have proven weight-loss benefits. Legumes are one of the best proteins for weight loss; add them to your diet several times a week.

Because They: Contain a Powerful Nutrient Combo

Zinc and magnesium are two essential minerals that have been shown to boost testosterone levels, especially when combined. (Low testosterone can not only impede your sex drive but may also lead to erectile dysfunction.) These two minerals are naturally combined in pumpkin seeds. In a study printed in the Journal of Exercise Physiology, college football players who took a nightly zinc-magnesium supplement for eight weeks showed a 30 percent increase in testosterone levels. The seeds are also a rich source of polyunsaturated fatty acids, which boost prostaglandins — hormone-like substances that boost libido.