I Tasted 7 Brands of Oatmeal & This Is the Best

Can't get enough of this breakfast? We've got you covered.

By Caitlin Flynn
FACT CHECKED BY Meghan De Maria
Eat This, Not That! is reader-supported and every product we feature is independently vetted by our editors. When you buy through links on our site, we may earn a commission.

Oatmeal is one of those pantry staples that I can't live without—especially during the cold winter months, even though I eat it all year round. It's healthy and filling, and it comes in a wide variety of flavors, so it never gets boring. Oatmeal is the perfect way to start the day, but it's also a great snack option—it's healthier than my usual go-to's like chips and keeps me full for much longer.

Another perk is that if you're not enthused about the current oatmeal assortment in your cupboard, you can easily give it more flavor yourself by adding fruits, nuts, nut butter, spices, or chocolate chips. Of course, like every other food, not every oatmeal is created equal. I tried seven different oatmeal brands in various flavors and here's how they rank, listed from worst to best based on taste.

And for more, don't miss 16 Celebs Describe How They Make the Perfect Oatmeal. 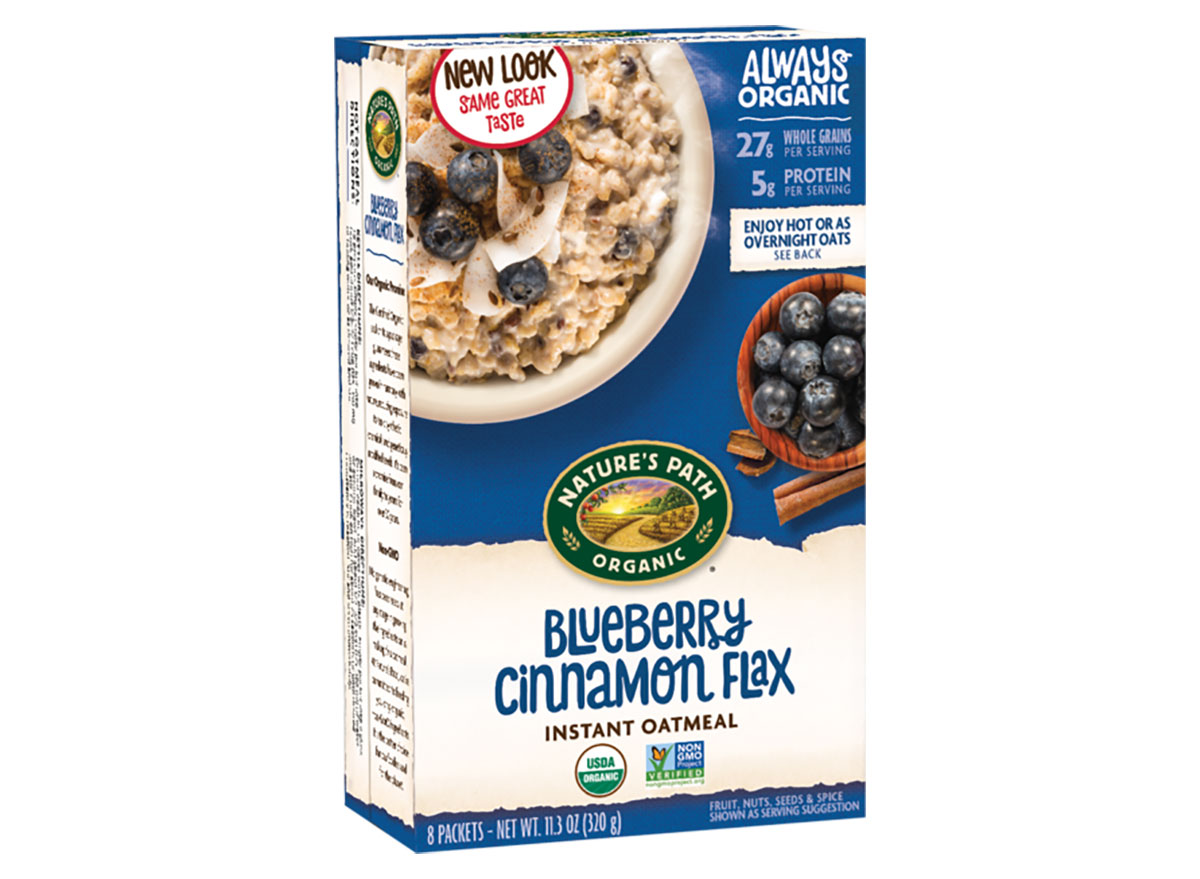 My main question after taste-testing is, "where the heck are the blueberries?" When I discovered the first packet, I ate contained a grand total of two blueberries, and I figured it was a fluke. But after cooking up a few more packets and sifting through the remaining ones, I found that every packet had very few blueberries. I did like the cinnamon flavor, but the texture was too mushy for my taste, especially compared to the other oatmeals I tried which were much chewier. 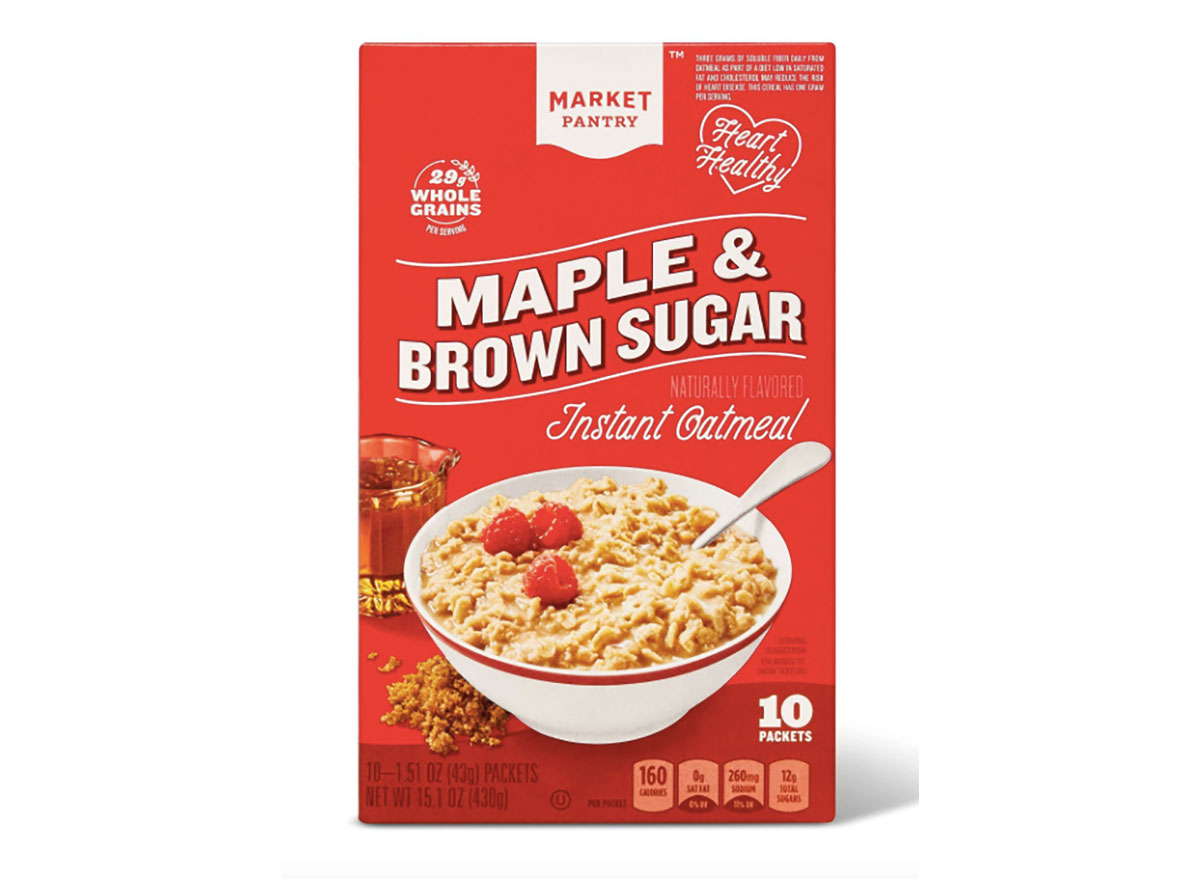 Maple and brown sugar is one of my favorite oatmeal flavors, so I was psyched to taste this one. Unfortunately, it tasted really salty, and I didn't get much of the sugary taste I craved, which was a little strange because each packet contains 12 grams of sugar. To be fair, most of the oatmeals I tasted averaged around 12 grams of sugar, which is on the high side—but at least it's a healthy-ish way to get your daily sugar fix. Unfortunately, Market Pantry didn't deliver.

RELATED: The Final Verdict on the Best Breakfast Oatmeal

Quaker's apple and cinnamon flavor had the opposite problem from Market Pantry's. I found the taste to be too sweet—and I have a serious sweet tooth, so I very rarely think a food or drink is too sweet. I couldn't quite put my finger on where the saccharine taste was coming from, but the cinnamon flavor was pretty mild, so I'd recommend a different brand if you're a fan of cinnamon oatmeal. 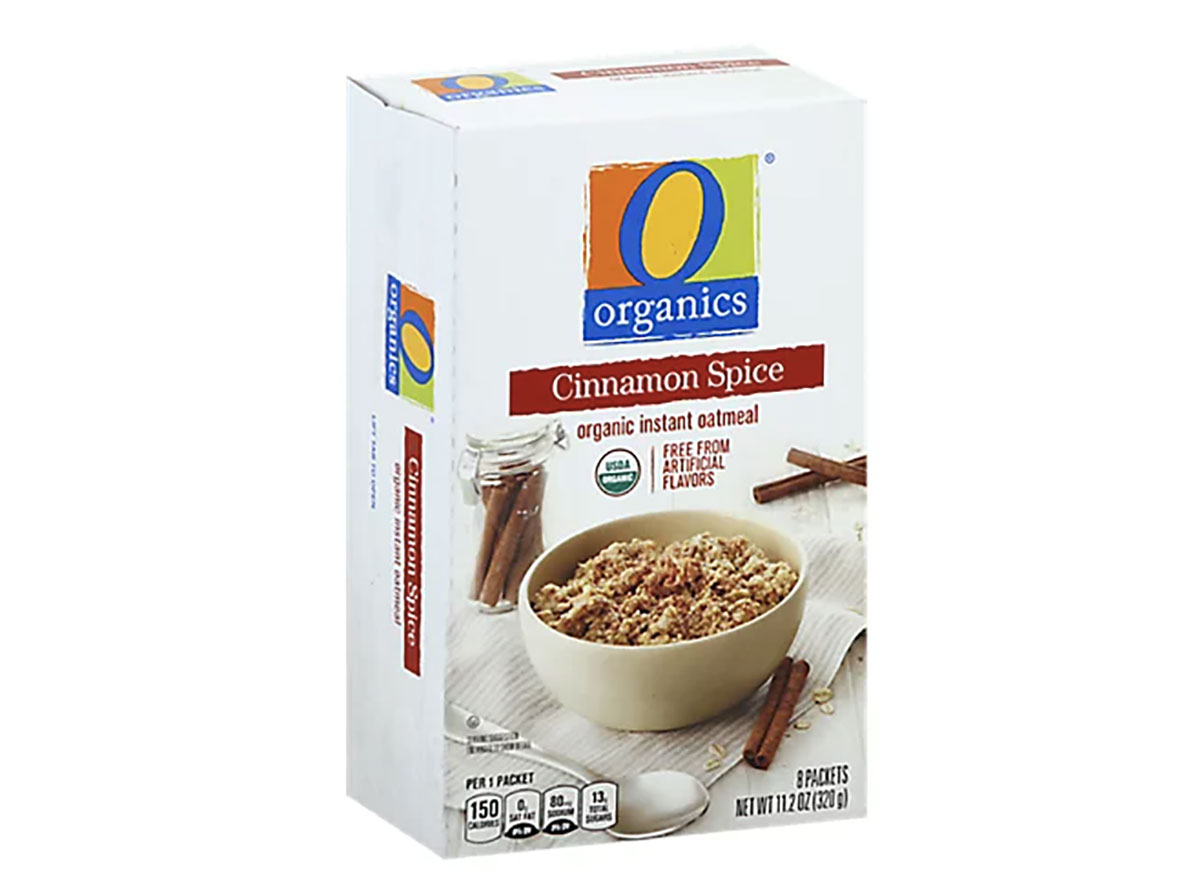 Speaking of cinnamon… if you're in search of a tasty cinnamon option, I'd definitely recommend O Organics' cinnamon spice flavor. It has the perfect balance of cinnamon with a kick of spice, and we all know sugar and spice are a winning combination. 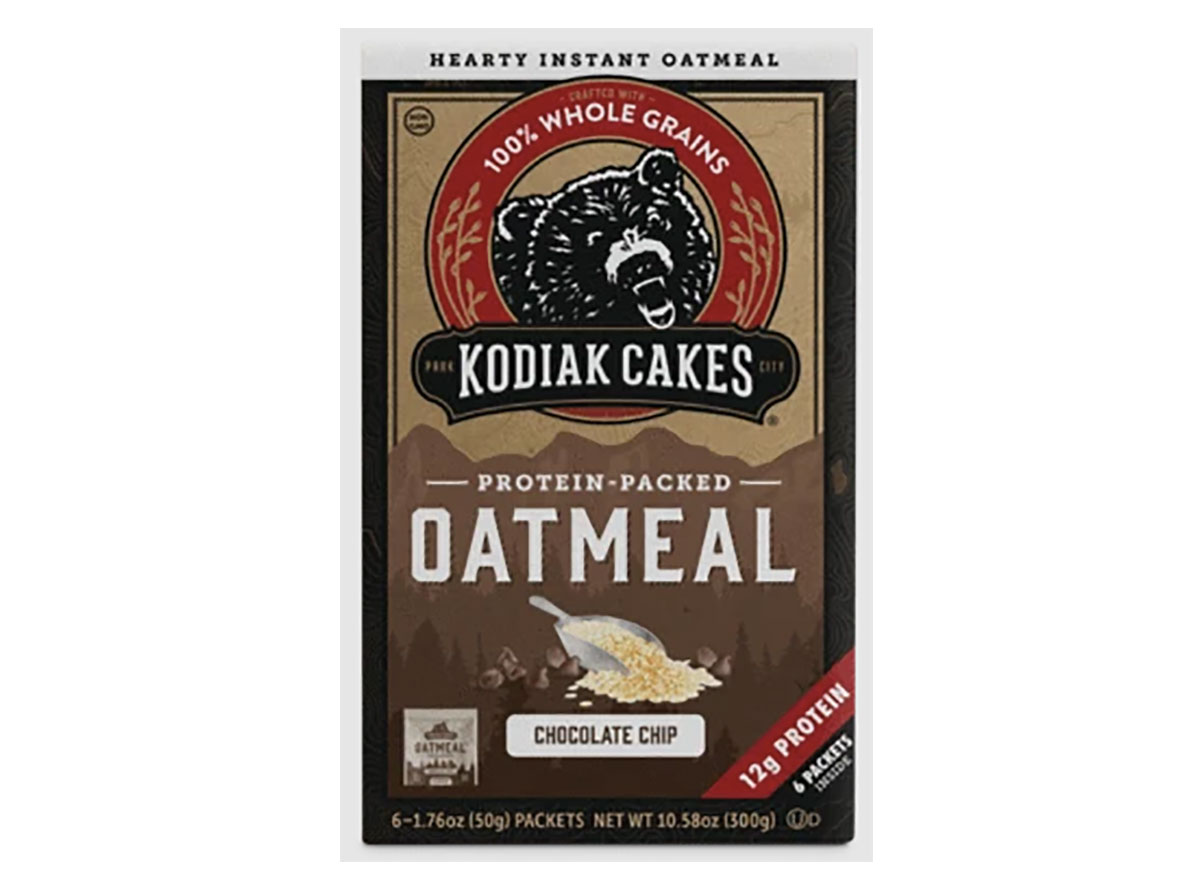 As a chocoholic, I absolutely loved the taste of Kodiak Cakes' chocolate chip flavor. I typically make my instant oatmeals with water, but for this one, I thought it was way tastier and thicker when I used milk instead. I'd recommend trying it both ways to see which you prefer.

Kodiak also gets major bonus points for being packed with protein. With 12 grams of protein per packet, it has about three times more protein than the other oatmeals I tasted. I maintain a mostly vegetarian diet, so I'm always looking for ways to make sure I eat enough protein each day. I'd recommend this brand to anyone, but especially to people who are vegetarians or consistently have a hard time getting in enough protein each day.

RELATED: We Tasted 9 Tomato Soups & This Is the Best 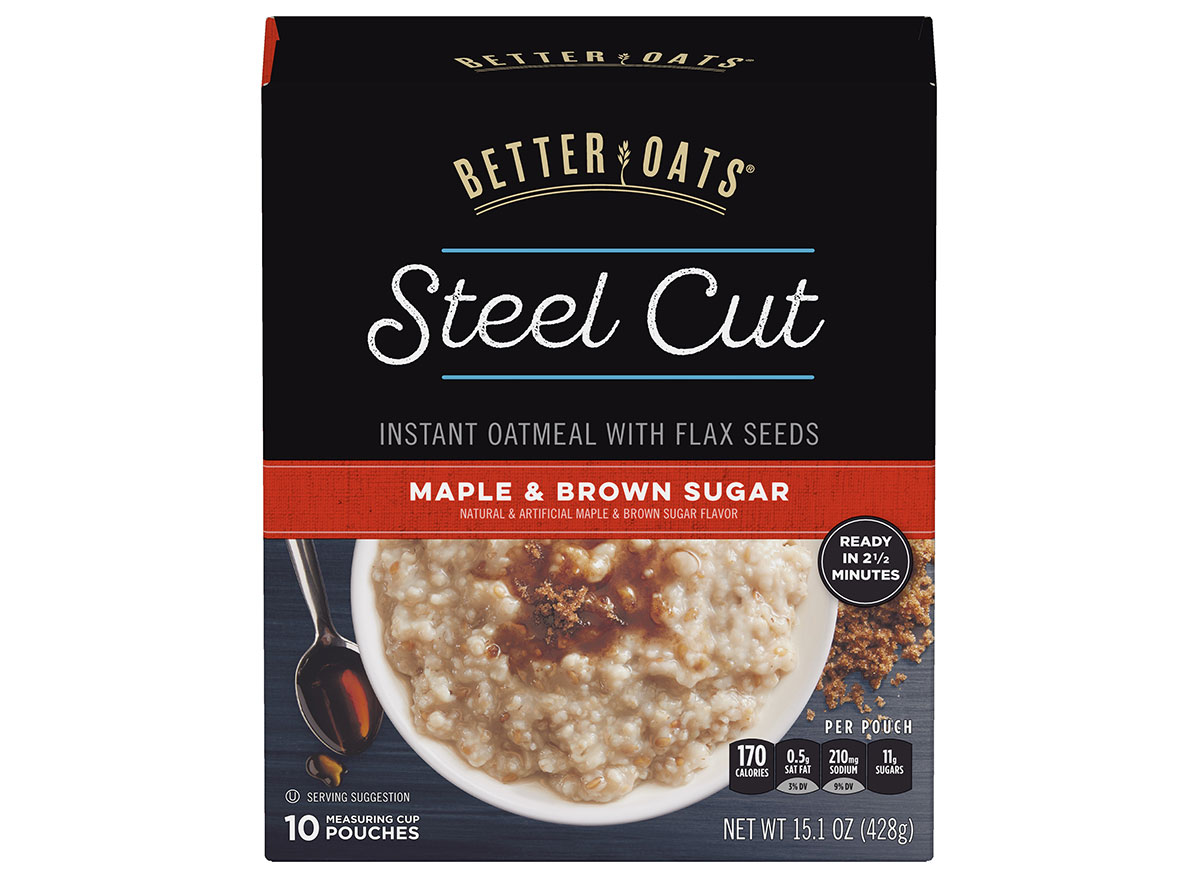 Better Oats is one of the most affordable oatmeals out there, but it doesn't sacrifice quality in order to reach that low price point. I tried the maple and brown sugar and blueberry muffin flavors. Both were definitely among the very tastiest oatmeals I've ever eaten, and they have a smooth texture that makes them even more enjoyable to eat. I also had fun experimenting with add-ons like Vanilla Coffee-Mate and nuts, but that was only because I found myself eating multiple packets each day. The flavor is strong enough to stand on its own, but experimentation is fun, too.

RELATED: Lies About Oatmeal That Are Preventing You From Losing Weight 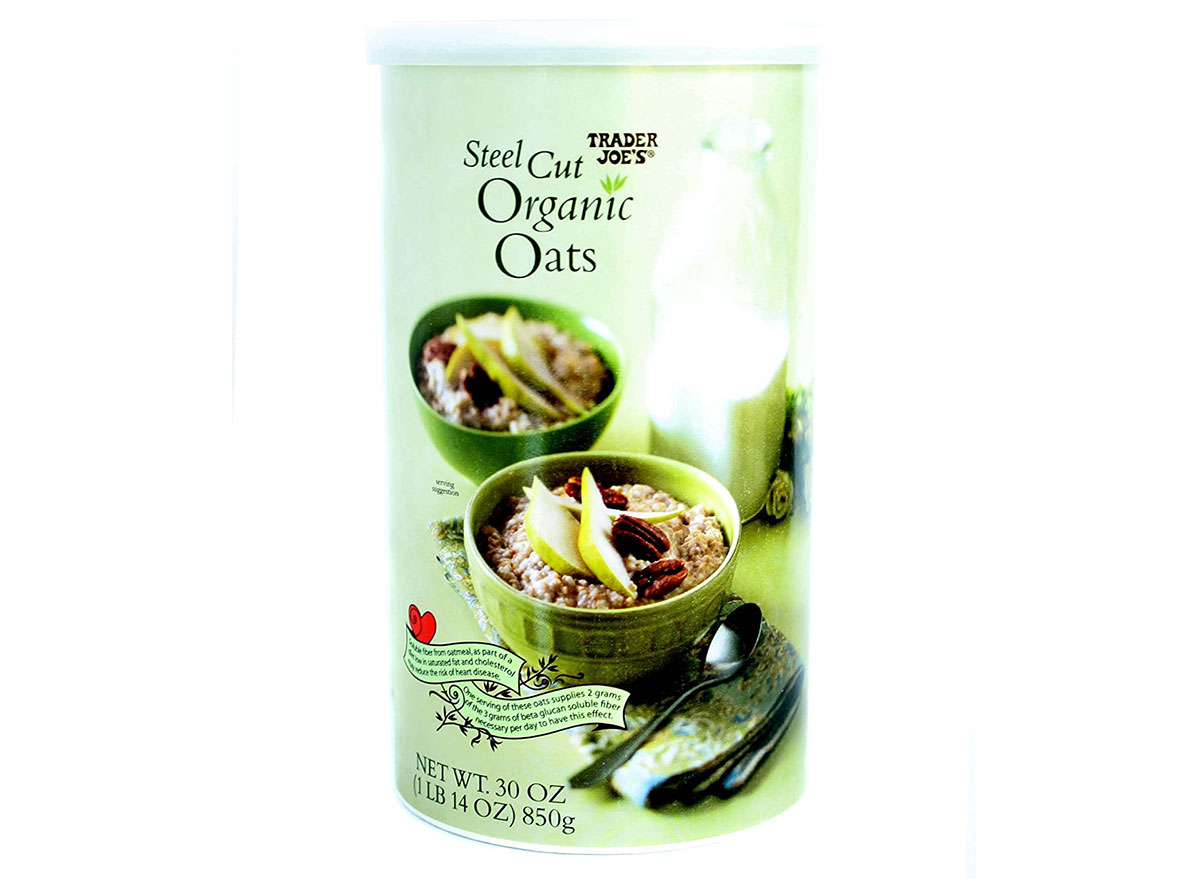 When it comes to taste, texture, and overall quality, I'd say it's a tie between Better Oats and the Trader Joe's brand. But because there can be only one winner, I chose Trader Joe's because it has a sustainability certification—and what's better than amazing oatmeal that's also kind to the environment?

The #1 Best Oatmeal For a Healthy Gut, Says Dietitian