14 Reasons Why the BMI Formula Is Bogus

Your BMI is borderline worthless. Sorry not sorry.

This may come as a shock, but just because you drink kombucha and eat overnight oats doesn't necessarily mean you're healthy. (Especially if you're ordering fried chicken and waffles for dinner.) The same goes for having a low BMI.

Back up a second. You're probably scratching your head at the thought that having a low BMI (body mass index) doesn't necessarily mean you're healthy. Especially since your doctor is the one who always mentions your BMI is what qualifies you as obese. What's the deal here?

Although the BMI formula is a measurement of body fat based on a person's ratio of weight to height, it's not always accurate when it comes to painting an accurate picture of good health. Doctors do agree that BMI is useful as a screening tool to recommend a patient gets their blood pressure or cholesterol checked, but this somewhat medieval measurement can often give patients false hope that they're in the clear in terms of health when, in fact, they're really not.

So before you take you let your three-digit number define your wellness record, take a look at these reasons why BMI isn't the be all end all of your well-being. And regardless of your BMI, make sure you're always avoiding these 40 Bad Habits That Lead to a Fat Belly.

The Measurement Has No Scientific Basis

So what's the scientific reasoning behind the formula? Apparently, there isn't one. Not only did the mathematician who created the equation nearly 200 years ago—Adolphe Quetelet—have no medical background whatsoever, but he also created the formula almost out of thin air; He decided to square the height because that formula gave results that best fit the trend of his data. Quetelet was just trying to give the government a quick and easy way to measure obesity of the general population, so what he created was more of a hack than a formula.

Like we already said, the BMI formula and classes were established nearly 200 years ago. If we were creating a way to measure body fat now, we probably wouldn't have designated what a "normal" person looks like. Especially since there isn't a "normal" person. People vary based on bone structure, genetics, ethnicity, and gender. The biggest assumption BMI makes is that everyone leads fairly sedentary lives. (As was the case back in Quetelet's time, and is the case now.) While this is true of the "average" person—which is why BMI continues to be a fairly accurate way to watch population trends in weight—it does not accurately measure the body mass of the individual. Especially when that individual is a weightlifter, not a couch potato.

It Fails for Those Who Are Very Short or Very Tall 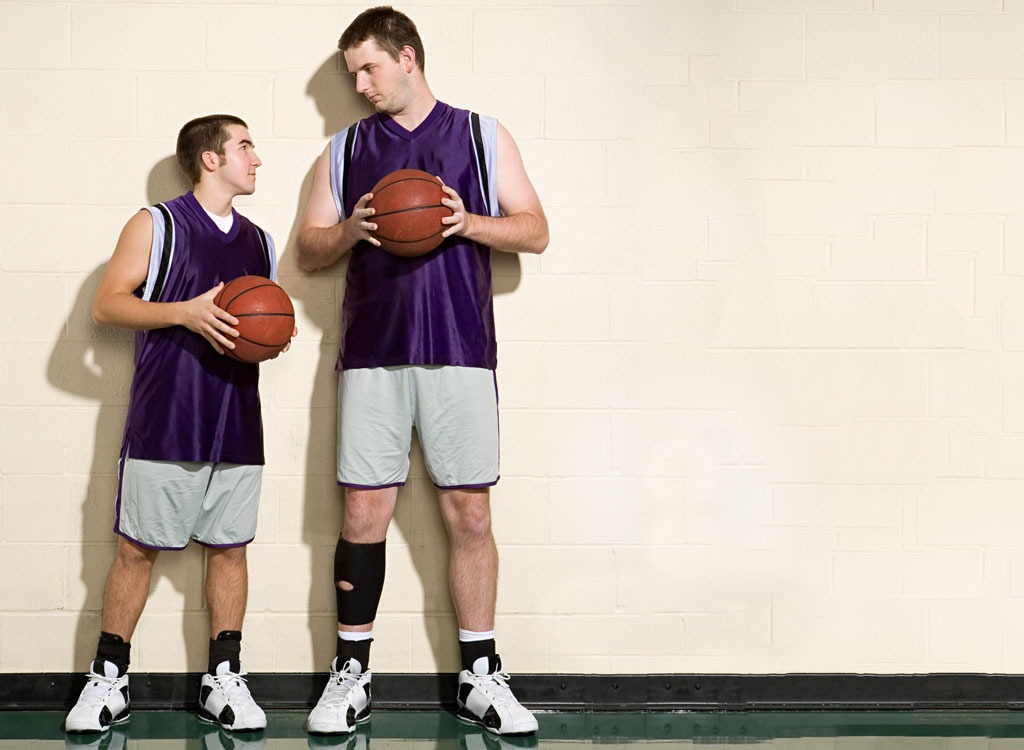 According to University of Oxford Professor Nick Trefethen, the squared height term divides weight by too much when people are short and by too little when they are tall. Translation: short people are often told they are thinner than they really are and tall people will be advised that they are fatter than they really are. This can give false hope to shorter people that they're healthy and a larger burden on taller people that they have to immediately figure out How to Lose 10 Pounds.

Weight Does Not Accurately Correlate with Metabolic Health 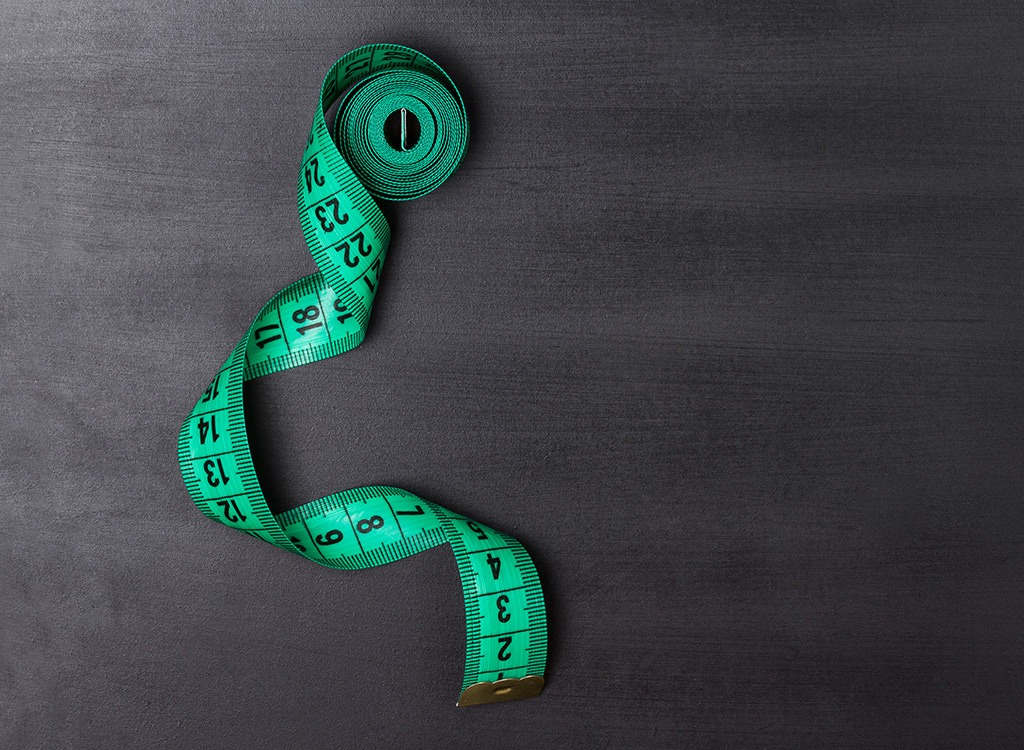 A 2013 study conducted by University of Pennsylvania physicians and obesity researchers found that BMI tells the wrong health story for nearly 20 percent of Americans. The issue is that your weight is not always connected to your metabolic health (think: your risk of type 2 diabetes, high blood pressure, and high cholesterol).

These same results were replicated in a large-scale 2016 study published in the International Journal of Obesity, which found that only 70 percent of normal-weight BMIs were in the healthy range for all other metabolic measures.The issue here? The other 30 percent of people who aren't as metabolically healthy also classified as "normal," which often won't trigger physicians to worry about them. At the same time, 47 percent of overweight people, 30 percent of BMI-based obese people, and 16 percent of extremely obese people were also metabolically healthy. That translates to millions of Americans who are relentlessly heckled by insurers and public health officials to lose weight, but they're really not in much more danger of dying early.

According to BMI, Many Elite Athletes Are Obese

One specific example that might help you understand how metabolic health and weight aren't correlated is by looking at professional football players. Most (if not all) of them have so much muscle mass, it can propel their weight into the obese territory—even though they're healthy and fit. In fact, based on players heights and weights (the only two measurement factors of BMI), the average football player falls into the obese range, according to a study in the Journal of the American Medical Association.

It Doesn't Distinguish Between Fat and Muscle

BMI is supposed to be a measure of body fat, but it doesn't even take into account a person's body frame, gender, muscle mass, or actual body fat. Because BMI only measures height and weight, it doesn't distinguish between fat and lean muscle mass. The issue here? Pound for pound, muscle still weighs the same as fat, but a 180-pound man that's mostly muscle will be better off if he's looking for rapid weight loss than a man who weighs the same but has a higher composition of fat—even though their BMI is the same. That's because muscle tissue burns more calories at rest than fat cells.

It Doesn't Bother with Waist Size or Fat Distribution

Studies have found that measuring waist size is a more accurate indicator of obesity than BMI. Specifically, the waist-to-height ratio (WHtR). According to research presented by the British Nutrition Foundation in 2012, "keeping your waist circumference to less than half your height can help increase life expectancy for every person in the world." According to the study, WHtR was better able to predict high blood pressure, diabetes, heart attacks, and strokes than BMI. That's because measuring waistline is a good measure of the distribution of fat around the body. The fat that tends to sit on the waist—belly fat —affects organs like the heart, liver and kidneys more adversely than fat around the hips and bottom, in terms of cardiometabolic risk.

It Gives the Illusion That Obesity Has Specific, Numerical Thresholds

Think about it. If you're a 5-foot-5-inch tall woman who weighs 149 pounds, you qualify as "normal." But if you gain just one pound, your BMI will increase from 24.8 to 25, which then puts you in the overweight category. Weight fluctuates for many reasons, from water weight to an increase in muscle mass. If you've been working out recently, that increase into the "overweight" spectrum might actually mean you gained some muscle mass. On the other hand, if you live a relatively sedentary lifestyle, you may have been overweight all along, and that jump in your BMI could be a wake-up call. Either way, there's no way to tell by using the measurement. The takeaway? There isn't a specific decimal point that tells you if you're unhealthy or not.

It Doesn't Differentiate Between Types of Fat

If you didn't already know, there are 4 Main Types of Body Fat. Some types are "good" and some are "bad." Some are even really bad. For example, a 2013 study showed that those who had more belly fat (also called visceral fat), rather than thigh or rear fat, had worse survival rates. This is because belly fat is more harmful than other fats since it's embedded in your muscles and organs (instead of sitting just under the skin). Unfortunately, BMI does not measure the type of fat, which means many of us are missing out on key information.

Nor Does It Measure How Much Body Fat You Have

It's not just type of fat that matters. You may have already known this, but the amount of fat your body stores also has an influence on your health. And—you guessed it—BMI does not take that into account. In fact, a 2016 study published in the Annals of Internal Medicine found that people who have the most body fat—at any BMI—have the highest rates of death. That means even if you're classified as underweight by the BMI, if you have as much body fat as someone who is overweight, you have the same risk of death. So, yes, skinny fat is a thing.

BMI Is The Only Definition of Obesity 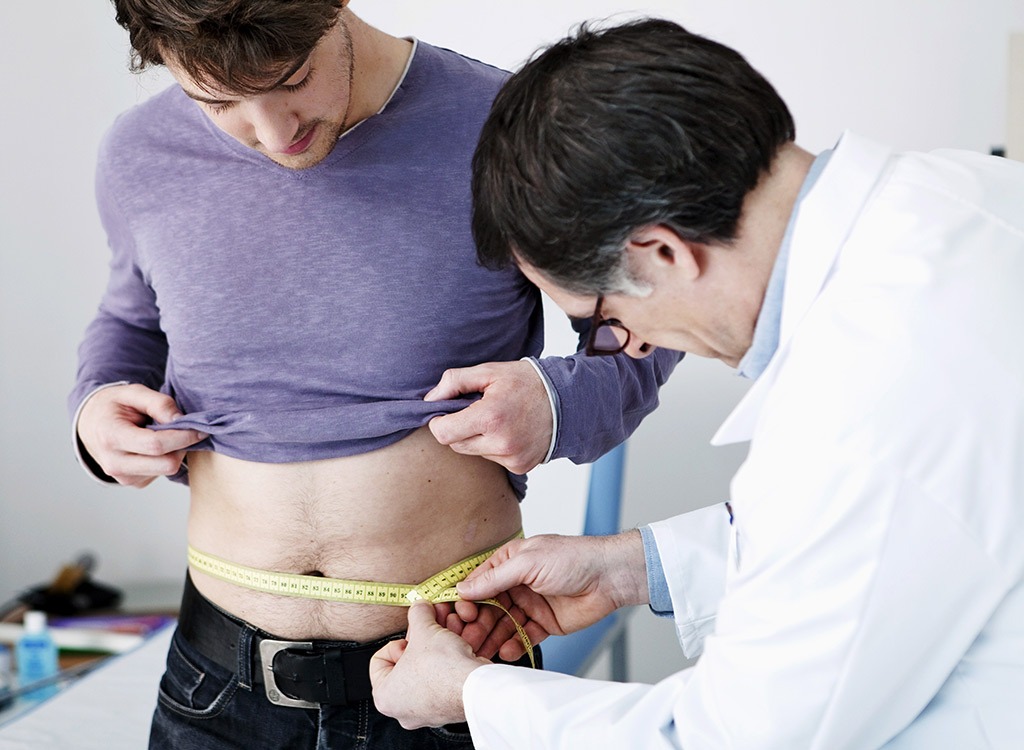 Right now, the Centers for Disease Control and Prevention (CDC) solely defines adult obesity on BMI, even though we've seen that this one number cannot completely predict your health. The issue here is that because the government recognizes and legitimizes this flawed measurement, other regulators use it as part of their inner workings. How so? We explain that next:

Companies and the Government Can Exploit the Measurement 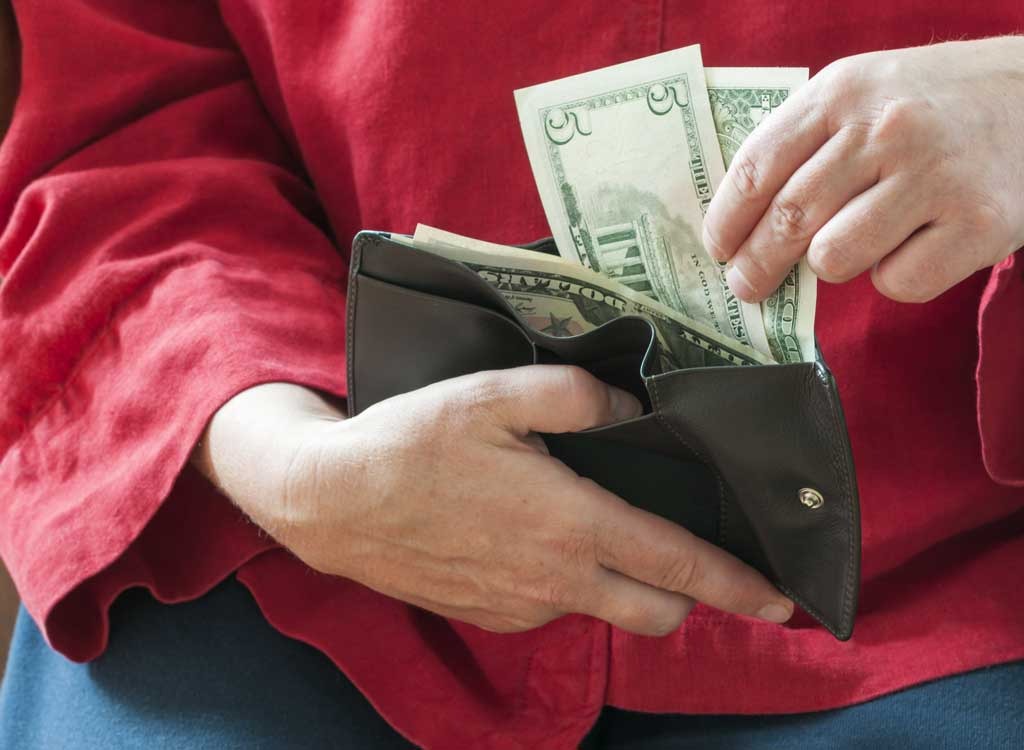 Because BMI is how we measure being overweight or obese, corporations, insurers, public health officials, and the government rely on this measurement to create regulations, which makes sense. Unfortunately, because this isn't an accurate representation of health, some people can be disproportionately and unfairly affected by these regulations. For example, certain clauses of the Affordable Care Act and rules proposed by the Equal Employment Opportunity Commission (EEOC) would allow employers to charge "unhealthy" employees up to 30 percent more than "healthy" employees for health care costs just because they're classified as BMI-measured obese. Sorry pro football players and bodybuilders. 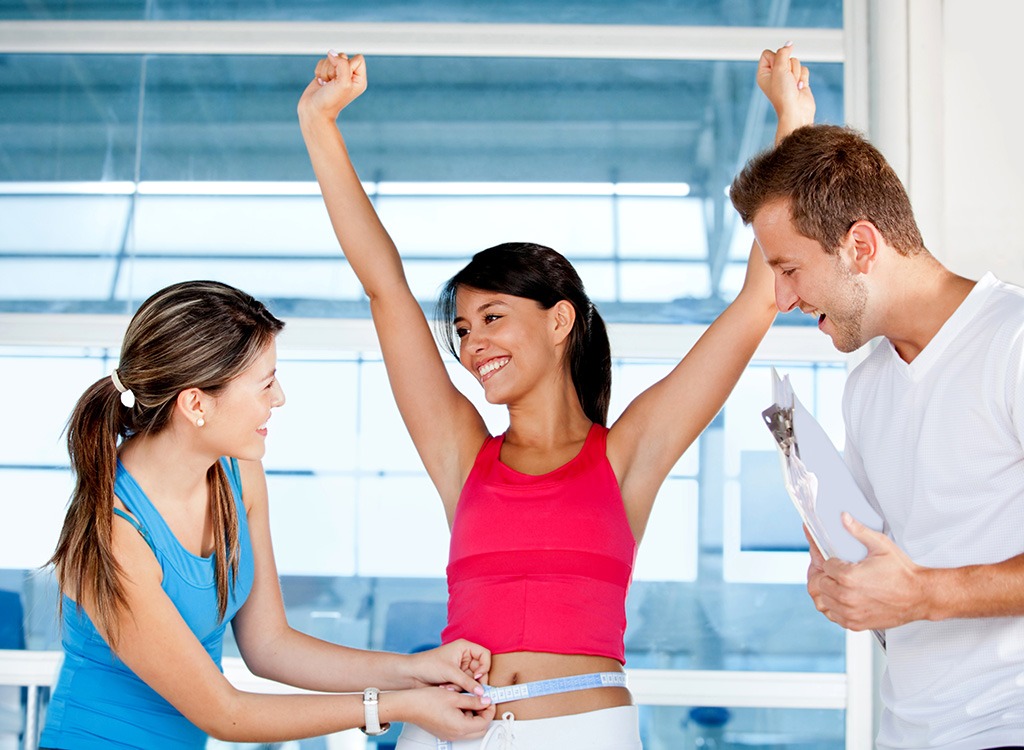 Although having a high BMI is often correlated with negative health issues, lowering your BMI will not solve all issues associated with obesity. According to a 2016 twin study published in JAMA Internal Medicine, the twin who had a higher BMI was at a higher risk of diabetes than the twin with a lower BMI, but that was not the case when comparing the risk of heart attack. The findings suggest that losing weight may not always reduce the chances of a heart attack. This result suggests there are many factors behind our health than just what our weight and BMI can account for.

There Are Better Methods to Measure Good Health

There are many ways to determine body composition and measure relative health that don't rely on the outdated body mass index. Trying to measure your body fat? Pick up a pair of calipers or a tape measure and use the WHtR. Or, get a body composition analysis using a sophisticated scientific tool called a Bioelectrical Impedance Analyzer (BIA), which sends electrical impulses through your body to determine how much of your body is fat, muscle, and water. You could ask a trainer at your gym to see if he or she offers the test. As for a measure of health, it's best to consult your doctor regarding any medical issues you feel you may have. Otherwise, make sure you're not partaking in any of these 17 Signs You'll Age Faster Than Your Should.