The Best & Worst Creatine Supplements and Powders of 2019, According to an RD

Now you'll know which creatine supplements are worth it, and which could be damaging to your fitness goals and health.

Creatine is one of the most popular dietary supplements on the market. It's used by professional and amateur athletes, including bodybuilders, hockey players, and gymnasts, as well as the general public. As long as you choose wisely, creatine supplements may just be the ticket to a stronger, faster, and leaner body.

What is creatine and what does it do?

Creatine is a source of energy for muscles. The body converts creatine to creatine phosphate, which it uses to produce adenosine triphosphate (ATP). ATP is the fuel that allows your muscles to contract during exercise. Though some creatine is found in the blood and in tissues, muscles store about 95 percent of the compound.

You lose a certain amount of creatine every day and you need a steady intake to maintain muscle and blood levels. The body makes some creatine by combining three amino acids. You also get creatine from animal foods such as meat, poultry, seafood, and dietary supplements.

What are the benefits of creatine supplements?

Maximizing muscle creatine means you can do more exercise without tiring, which increases muscle power, size, and strength. Creatine supplementation works best for high-intensity bursts of activity such as bicep curls, jump squats, and short sprints. It's unlikely that endurance athletes, long-distance swimmers, or soccer players benefit in the same way from creatine, however.

Creatine supplements are an efficient way to increase creatine consumption, and nearly all are free of animal products. (Be sure to always check the label.)

Is creatine safe to take?

Creatine, particularly creatine monohydrate, the most-researched form, is considered safe and effective for healthy adults for up to five years. The International Olympic Committee, and the National Collegiate Athletic Association (NCAA) allow professional athletes to consume creatine supplements, too.

While creatine supplements are OK for most adults, people under the age of 18 and pregnant and nursing women should not take them, as experts are unsure about the effects on these groups. People with diabetes or kidney disease should also avoid creatine pills and powders.

How much creatine should I take?

There are many ways to safely take creatine supplements, including the following:

If you choose the second or third option, keep in mind it may take longer to see the effects of creatine supplementation.

You'll also want to resist the urge to take more creatine for faster or "better" results. Skeletal muscle can hold only so much, and the body breaks down extra creatine to creatinine, which the kidneys must excrete in the urine. In rare cases, high doses of creatine could result in kidney problems, and combining creatine with some medications, including certain over the counter pain relievers, can make matters worse. Ask your doctor or pharmacist about how creatine interacts with the medicines you take.

Water retention in the muscles that may cause weight gain is also a potential side effect of creatine supplements. It's possible to become dehydrated as your muscles relocate fluid from the rest of your body, so drink extra water when taking creatine. Long-term use of creatine supplements may trigger muscle cramps, diarrhea, and nausea.

Which creatine supplements should I take?

Google "creatine supplements" and you can easily become overwhelmed by a dizzying array of powders and pills boasting about their benefits. Beware. Intense competition among brands has led some of them to go too far in order to stand out.6254a4d1642c605c54bf1cab17d50f1e 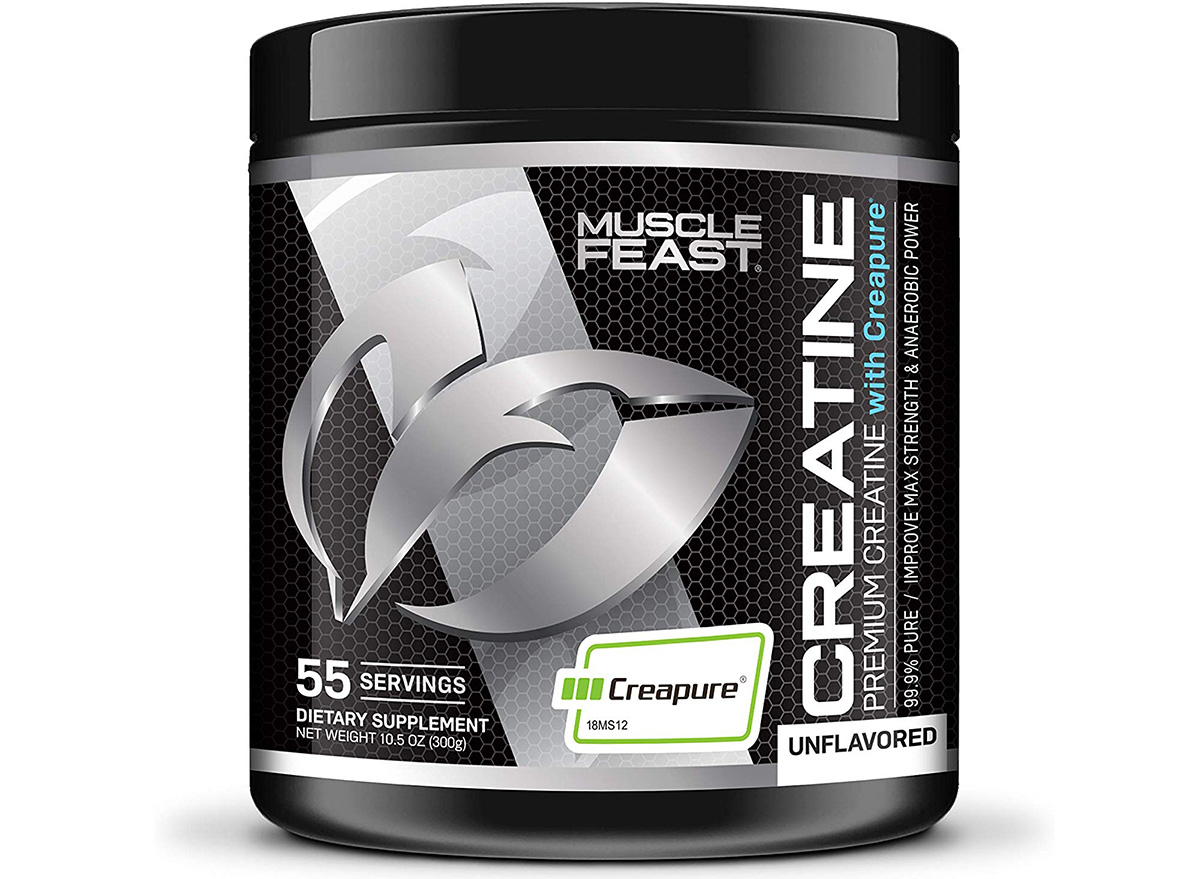 Don't let the name throw you: Creapure is the brand of creatine monohydrate in this product, and it's micronized, which may sound gimmicky, but it's not. Micronization mechanically processes creatine into smaller particles which may improve its ability to dissolve in water and allow the body to absorb more. 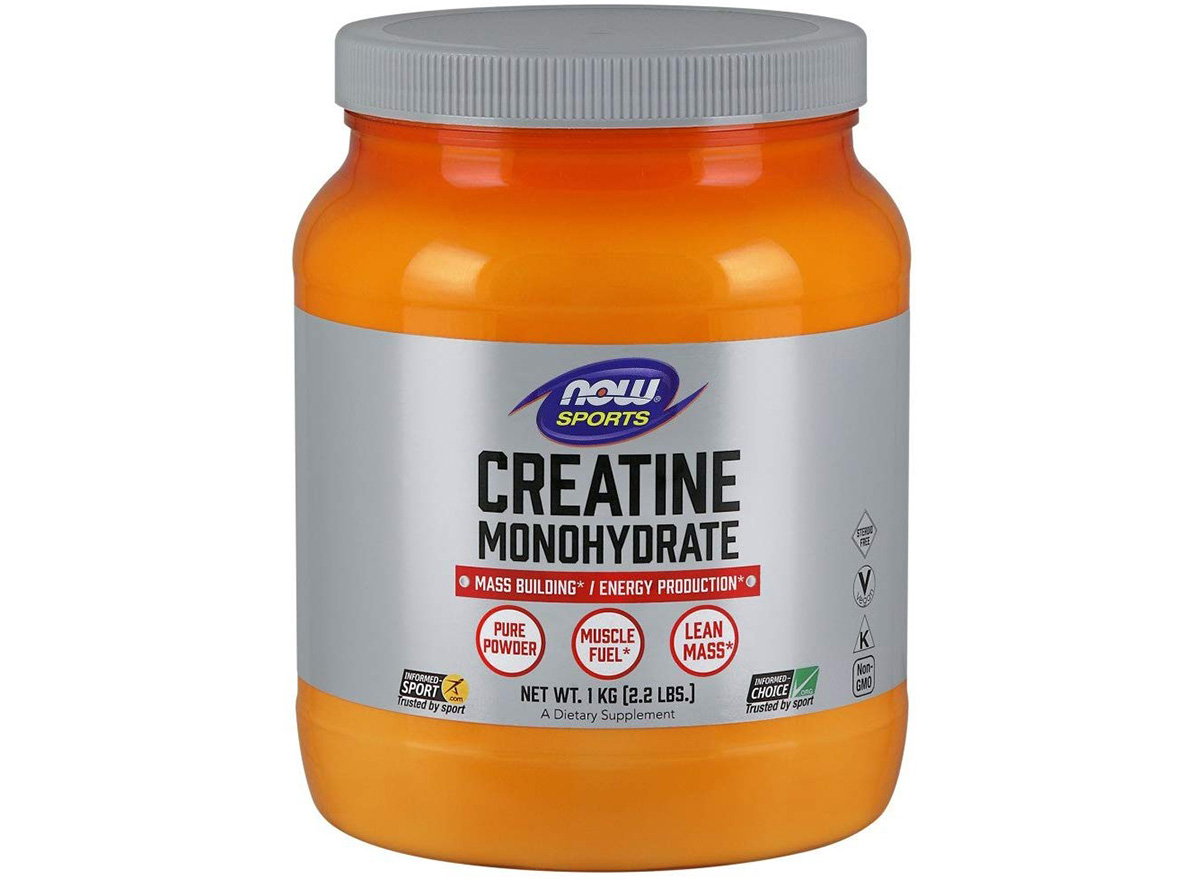 What you see is what you get in this no-frills supplement with a single ingredient: creatine monohydrate. Each portion provides five grams of creatine, so it's easy to consume the suggested 20 grams a day when you're just starting to supplement. Plus, it's available in bulk, which drives down the cost per serving. 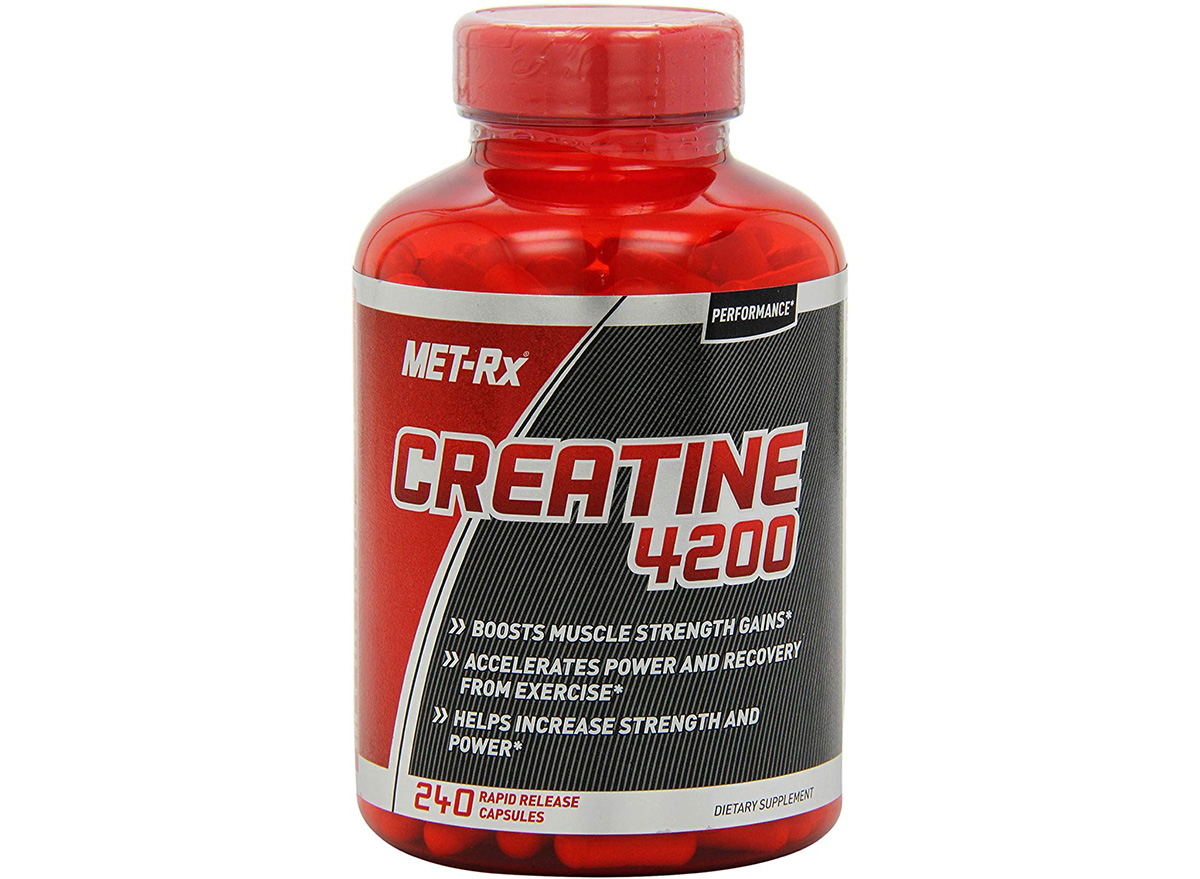 Anything in capsule form tends to be more expensive than a powder, but it's often worth the cost when you're on the run. These 100 percent creatine monohydrate pills eliminate the hassle of mixing powder with water or other fluids when you're traveling or at work. Make sure you drink lots of fluid with the pills to prevent dehydration, though. 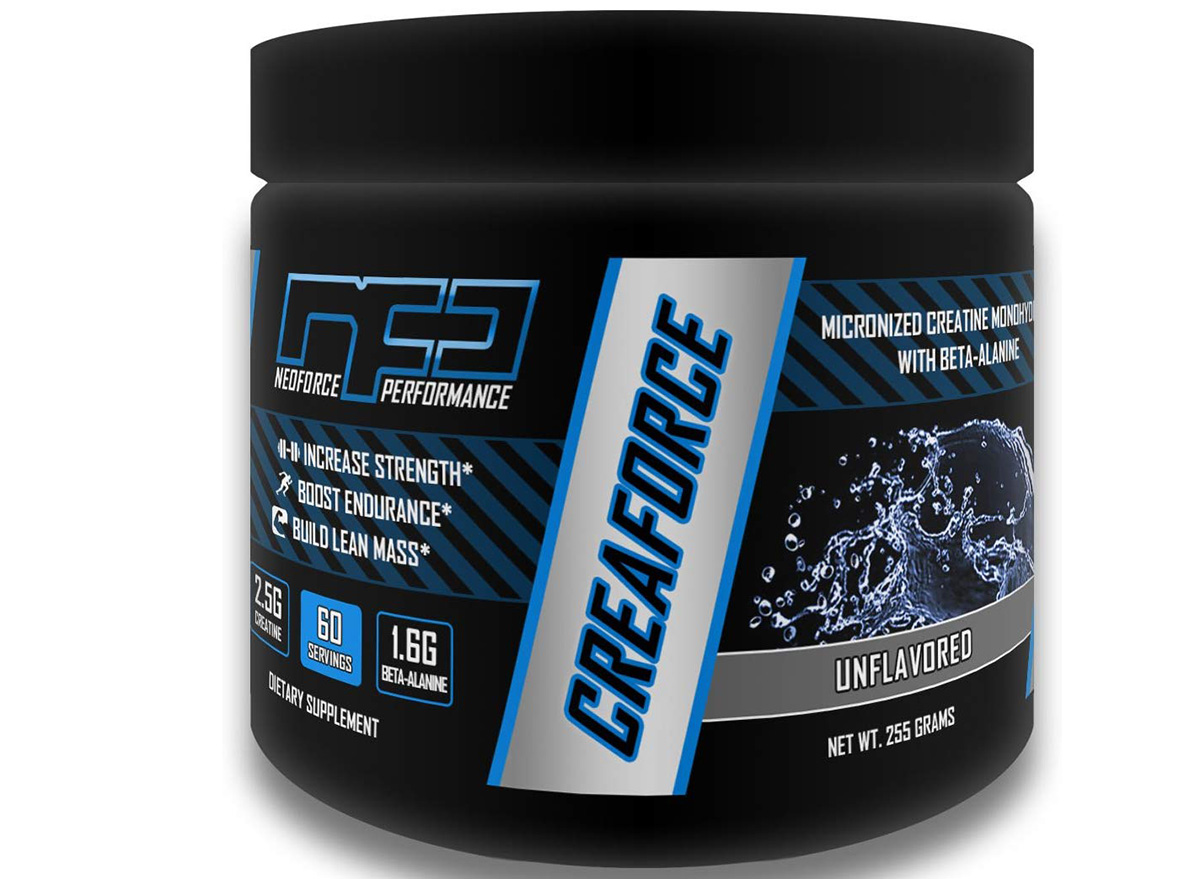 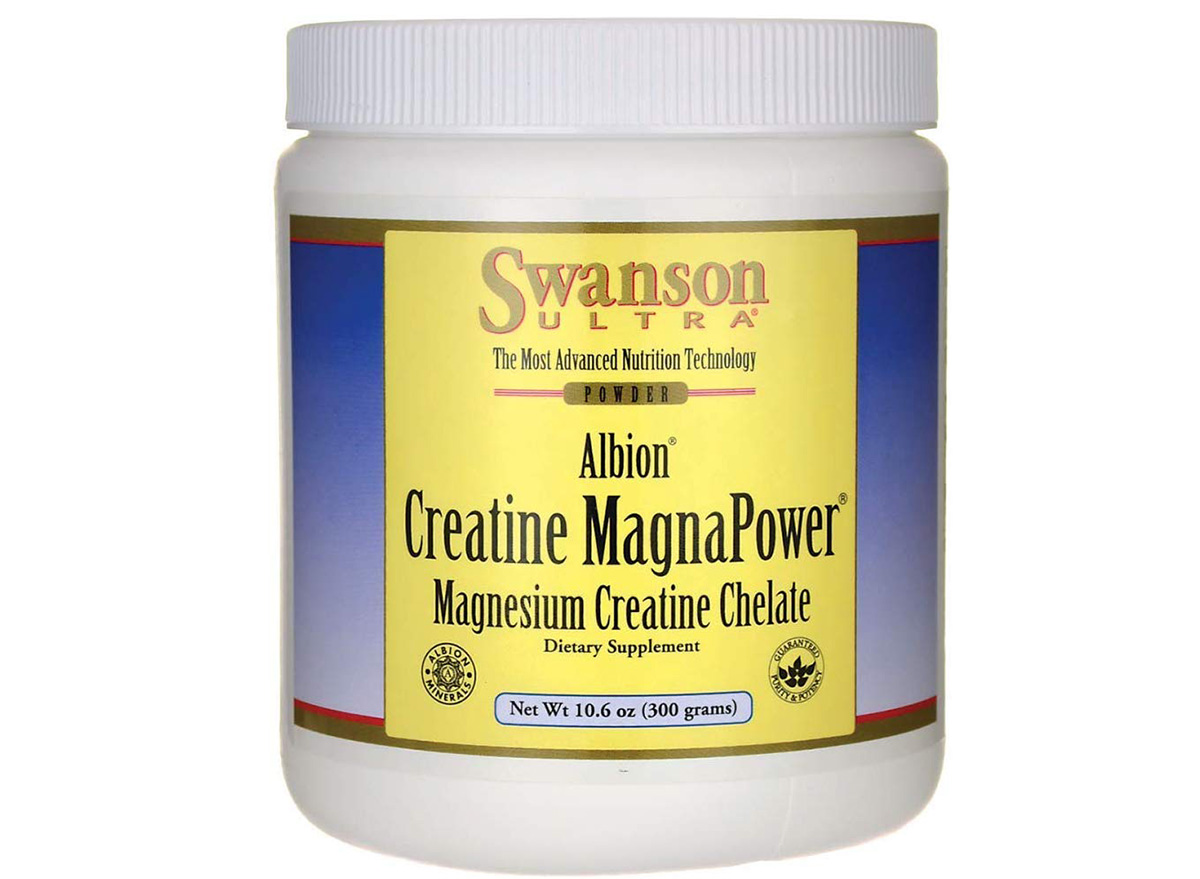 Who wants to gain water weight when they're trying to gain muscle? Creatine bound to magnesium may be as effective as creatine monohydrate, without the fluid retention.

Not all supplements are worth you trying out, though. Here are the ones you're better off skipping. 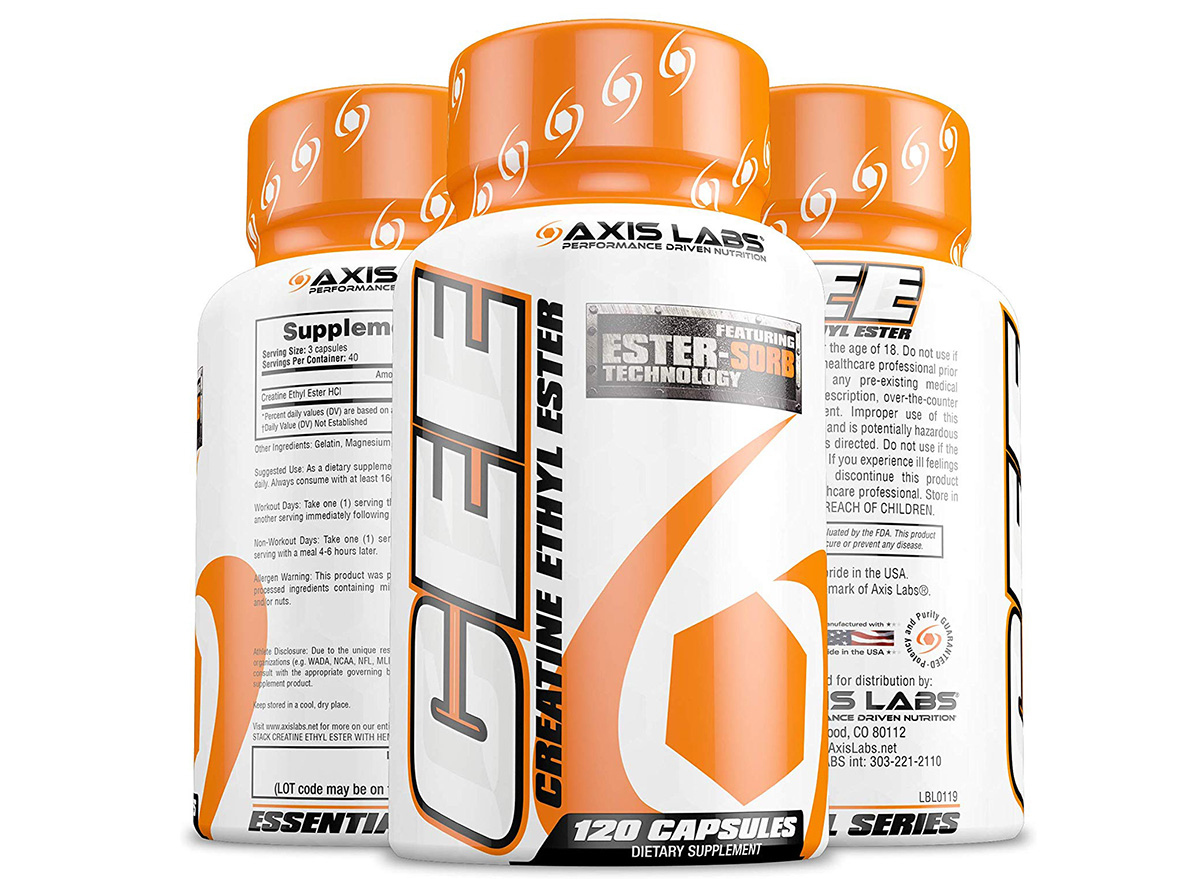 Axis Labs touts creatine ethyl ester as "one of the best discoveries that has ever hit the bodybuilding and fitness world." Hardly. While this form of creatine is creating buzz for supposedly making more creatine available to muscle cells, the opposite is closer to the truth.

It's unlikely that creatine ethyl ester ever makes it out of the digestive tract, where it's converted to creatinine and later excreted in the urine. 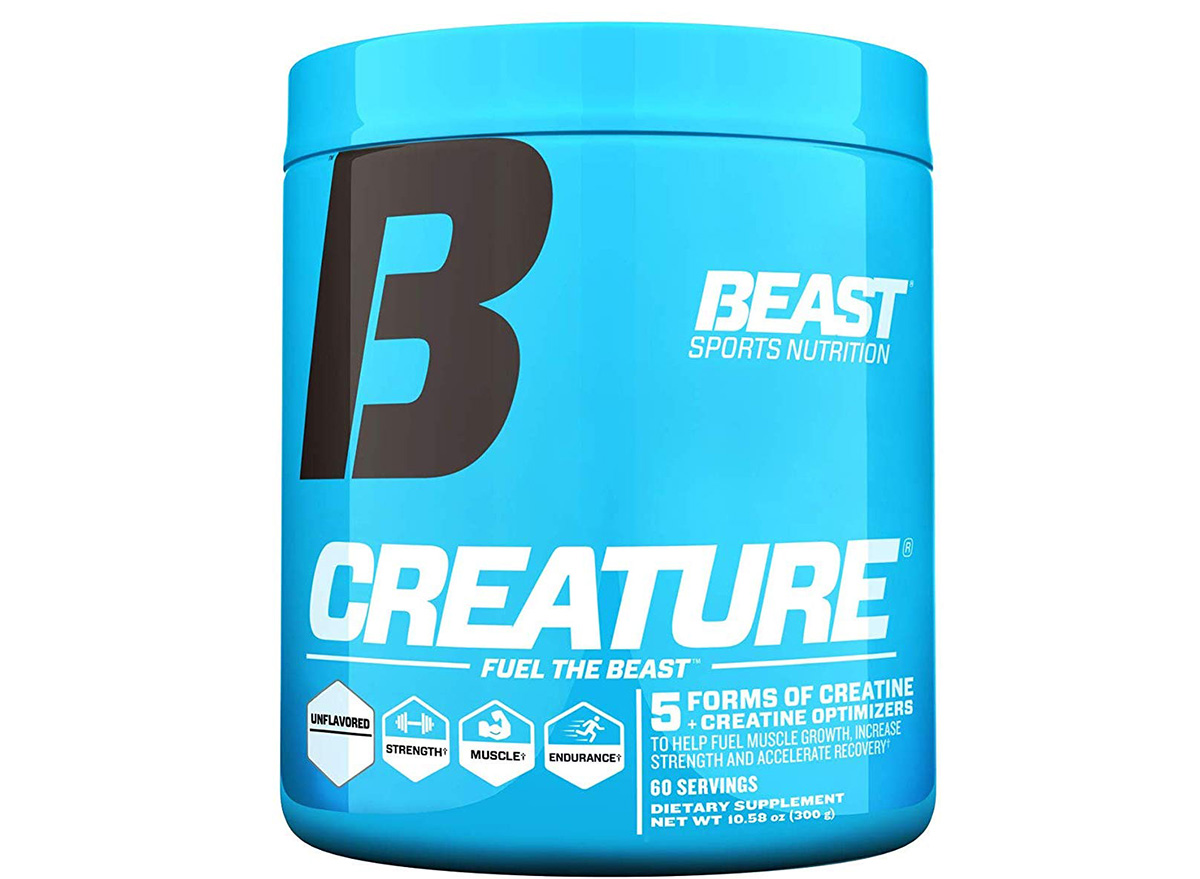 This product contains creatine monohydrate, but it's unclear how much is in each portion because it's lumped into a patented blend called Creature 5X Complex. Banaba leaf extract and Cinnulin extract, part of the "Creatine Optimizers" listed on the label, are perplexing additions as both may help with glucose metabolism. You also get biotin (a B vitamin) and the mineral chromium, which have no known bearing on creatine use in the body. 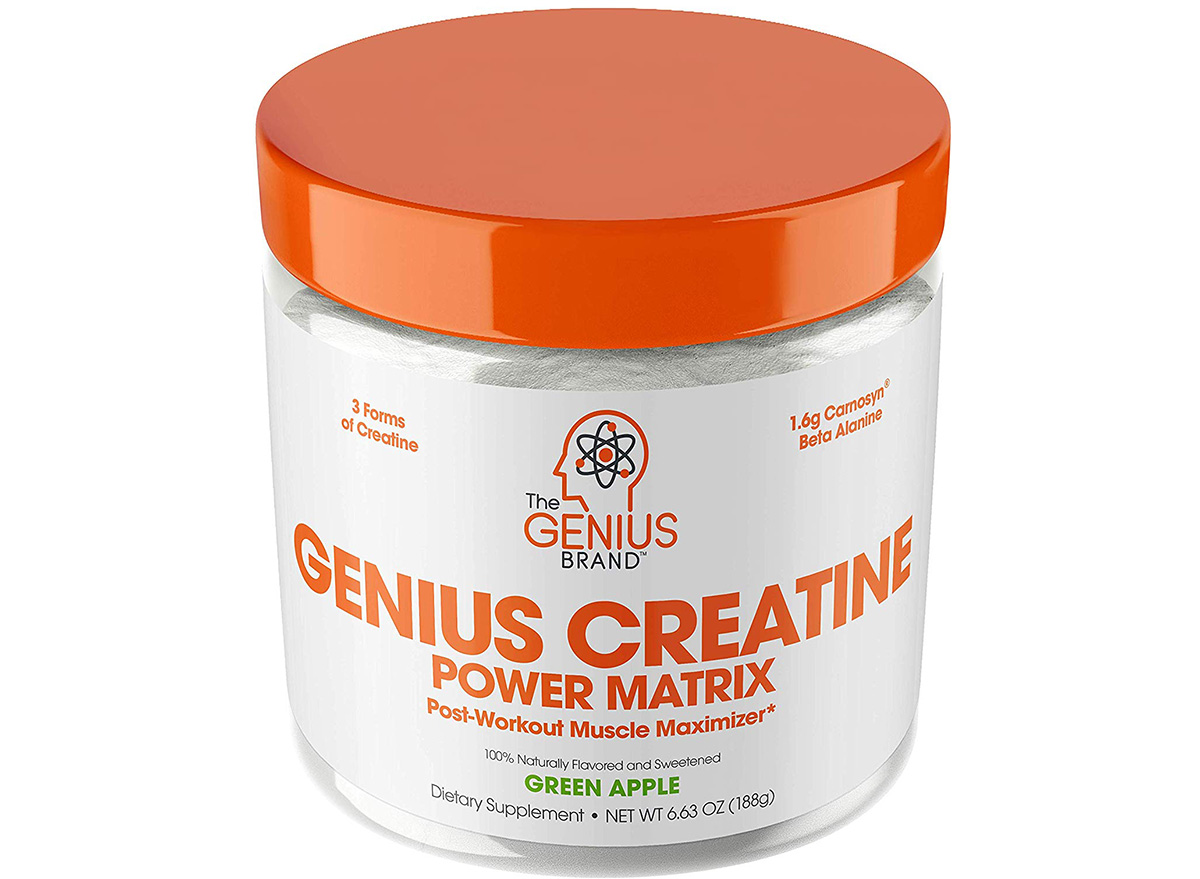 This company is confident that the three types of creatine in their product promote optimum absorption and uptake in the muscle. There is zero proof that combining creatine monohydrate with creatine magnesium chelate and creatine hydrochloride works any better than creatine monohydrate alone. In addition to paying for two more-expensive forms of creatine, you're also shelling out cash for two types of sweeteners, three types of extract, and something called AstraGin—ginseng and astragulus root—that has nothing to do with creatine absorption. Save your money. 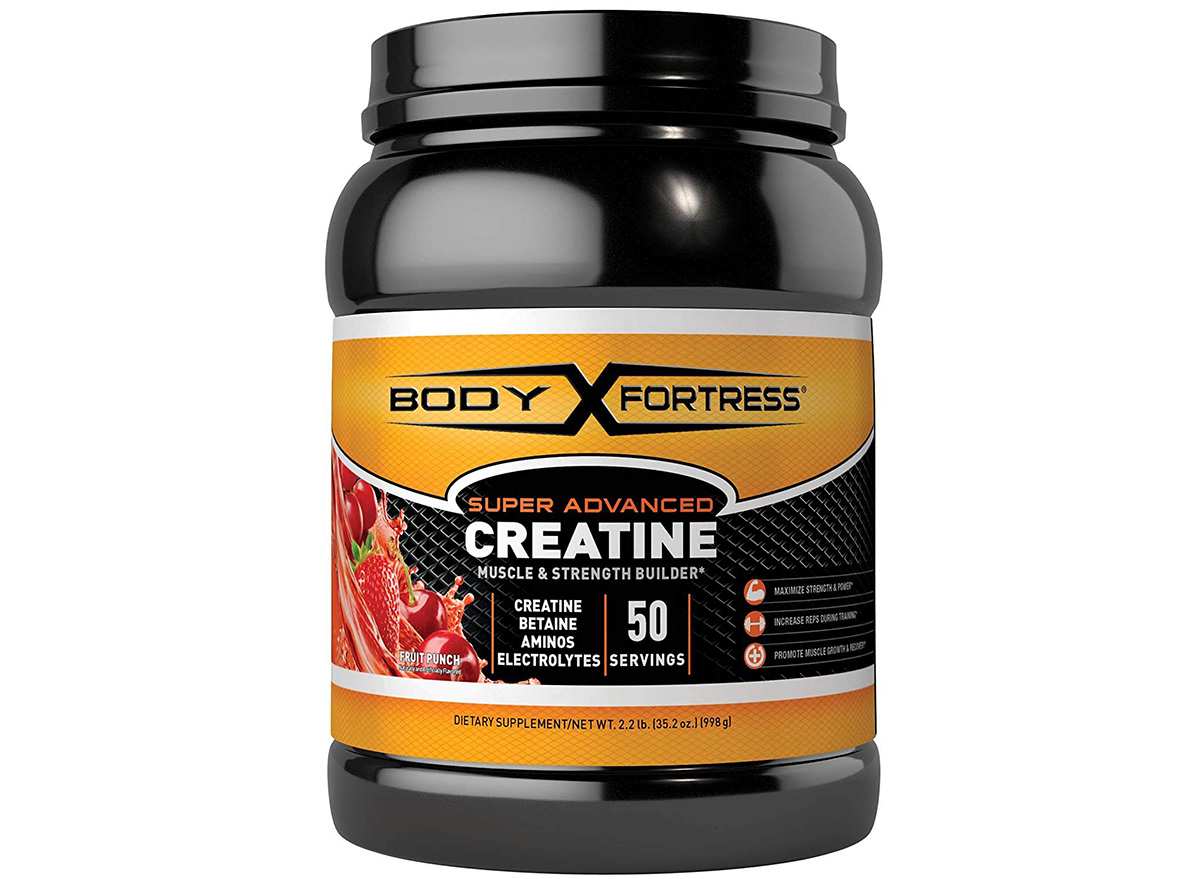 This combination of creatine monohydrate and creatine hydrochloride has five grams of added sugar per serving, which would amount to more than 4 teaspoons of table sugar a day for people trying to achieve 20 grams of creatine. It's unclear how betaine anhydrous, a compound used to treat high urine levels of the amino acid homocysteine in people with certain inherited disorders, plays a role in creatine metabolism. You may also want to avoid the artificial flavors and colors it takes to produce this fruit-punch flavored powder.

Blends of creatine are one of the many ways brands try to stand out in a crowded market, but you have to wonder about this one. It contains 96 percent creatine monohydrate, and very little of the alphaketoglutarate and pyruvate forms, which have no advantage for maximizing muscle absorption, and cost more due to additional processing. To make matters worse, these are tablets, which further adds to the expense of this less-than-useful supplement.